Beyond providing data for all 32 NFL teams, PFF also supports network broadcasters with game-preview packets that are used to enhance the in-game experience for fans and viewers. This Steelers-Buccaneers preview features the same information our broadcast partners use for team research and in-game production. 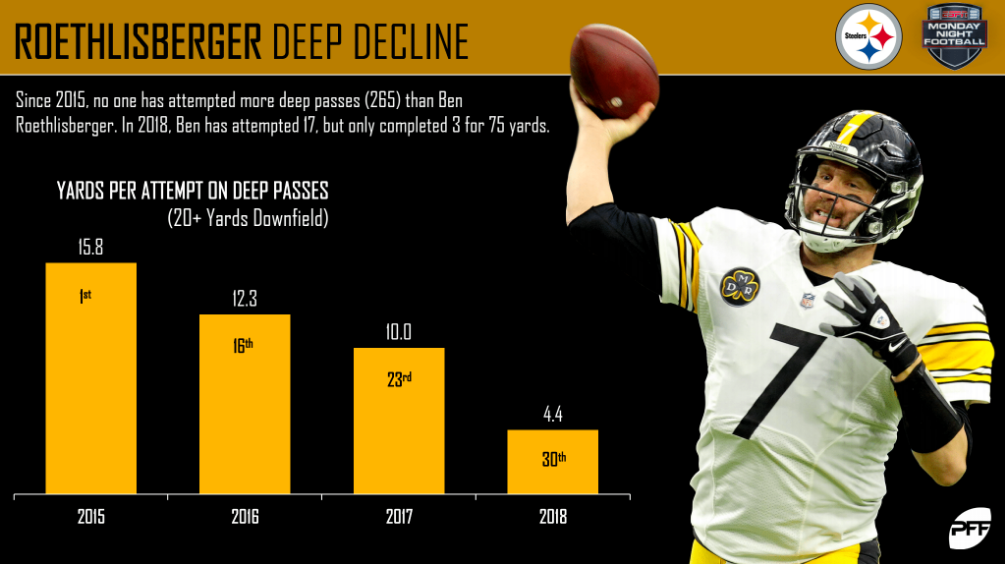 The Steelers secondary has consistently been one of the worst tackling units in the NFL. Last week against the Chiefs, the Steelers missed 12 tackles and allowed numerous plays to go for extra yards. This simply needs to improve if they want to take down a Bucs offense that's firing on all cylinders. 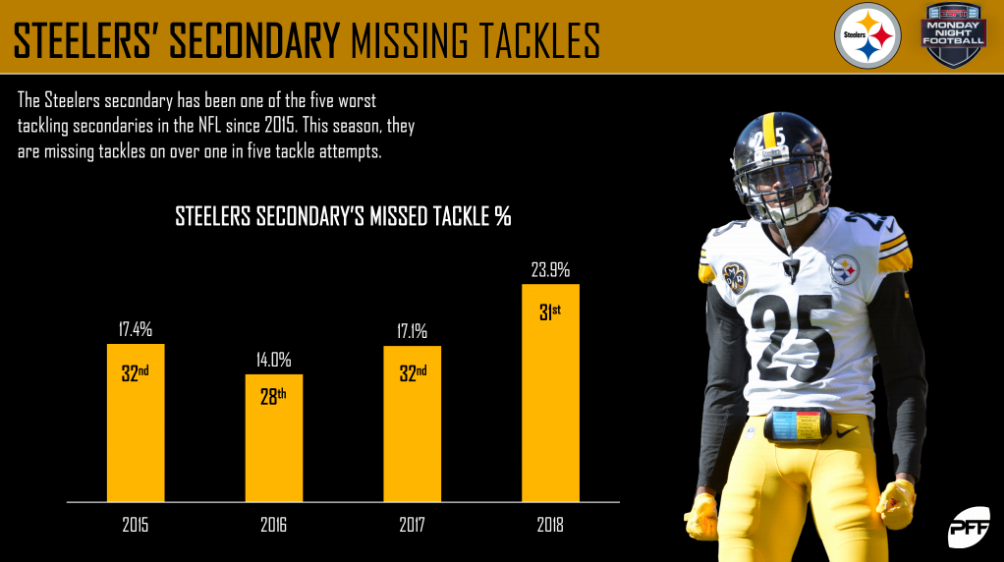 The secondary is getting torched

The Steelers have allowed more deep passing yards than any other team in the league this season. This could very well be an issue on Monday, as Fitzpatrick has been the most productive deep-passer in the league so far. 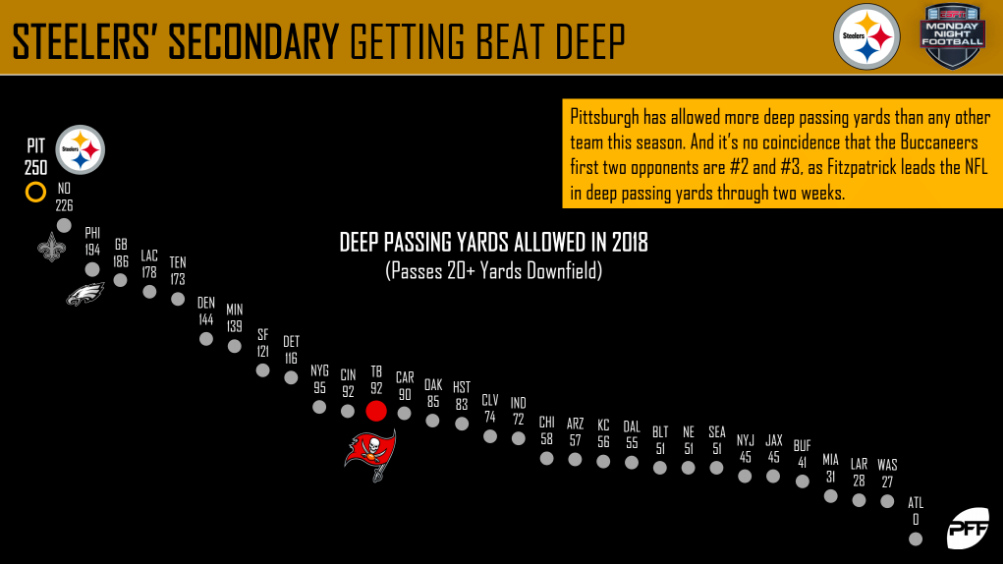 Conner getting hit in the backfield

On zone runs, which the Steelers use on 42 percent of their run plays, running back James Conner has been hit at or behind the line of scrimmage of more than half of his rushing attempts. It'll be interesting to see if the offensive line can give him more help on Monday night. 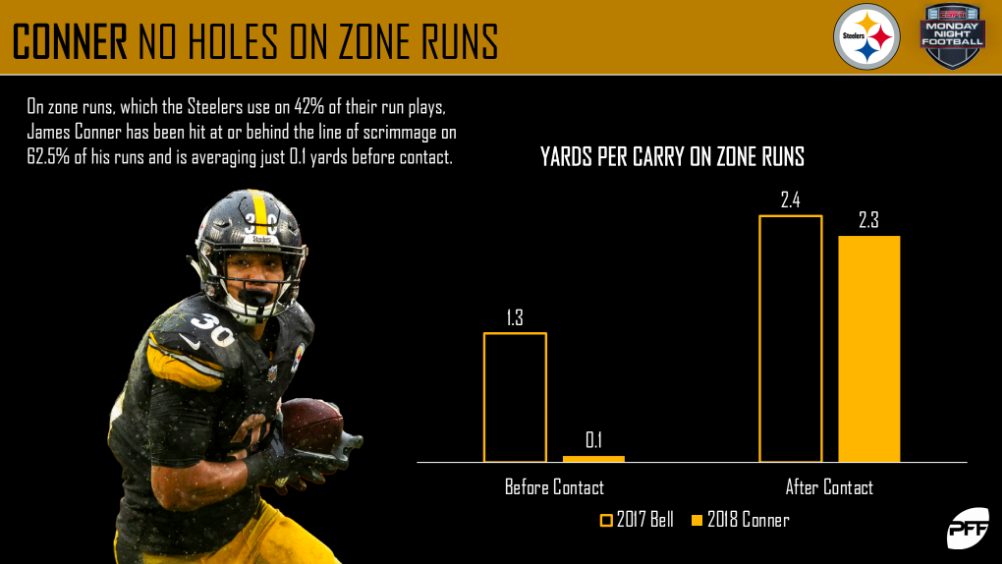 There are no two ways about it; Ryan Fitzpatrick‘s start to the 2018 season has been nothing short of exceptional. So far, he's recorded an overall grade of 98.8 and a near-perfect passer rating of 153.3 when he's been kept clean from pressure – both of which are the best marks among quarterbacks. Will Monday's contest bring him back down to earth, or will the reign of FitzMagic continue? 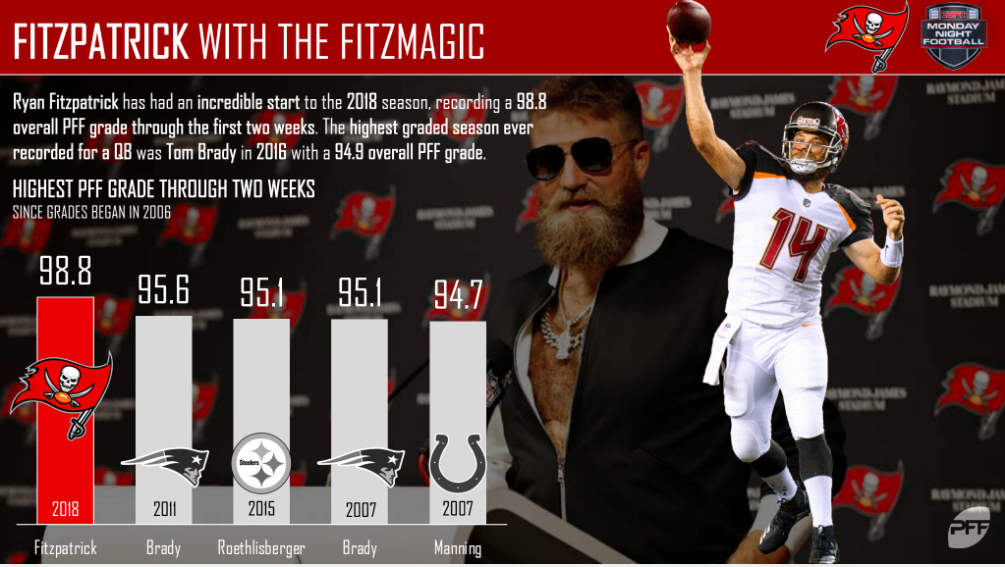 To disrupt the Steelers' high-powered passing attack, the Buccaneers will need to get to quarterback Ben Roethlisberger. Over the last two seasons, their go-to man has been interior defensive lineman Gerald McCoy, who racked up 47 total quarterback pressures a season ago – the 10th most among players at the position. 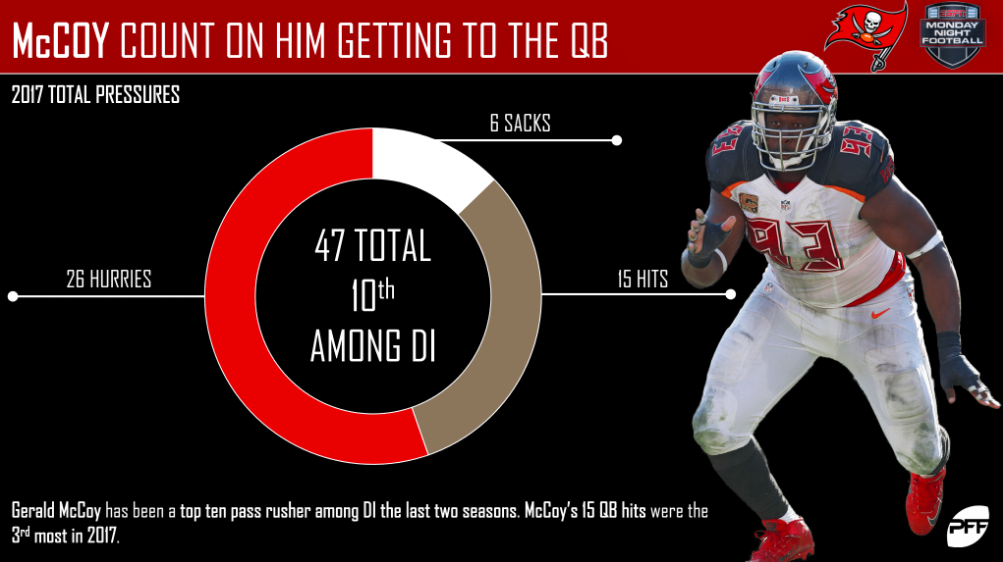 Jackson's still taking the top off

Wide receiver DeSean Jackson is averaging an absurd 7.64 yards per route run so far this year, which is the best mark ever recorded after the first two games of a season. He remains as one of the league's premier deep threats and has only dropped two deep passes in the last seven seasons. 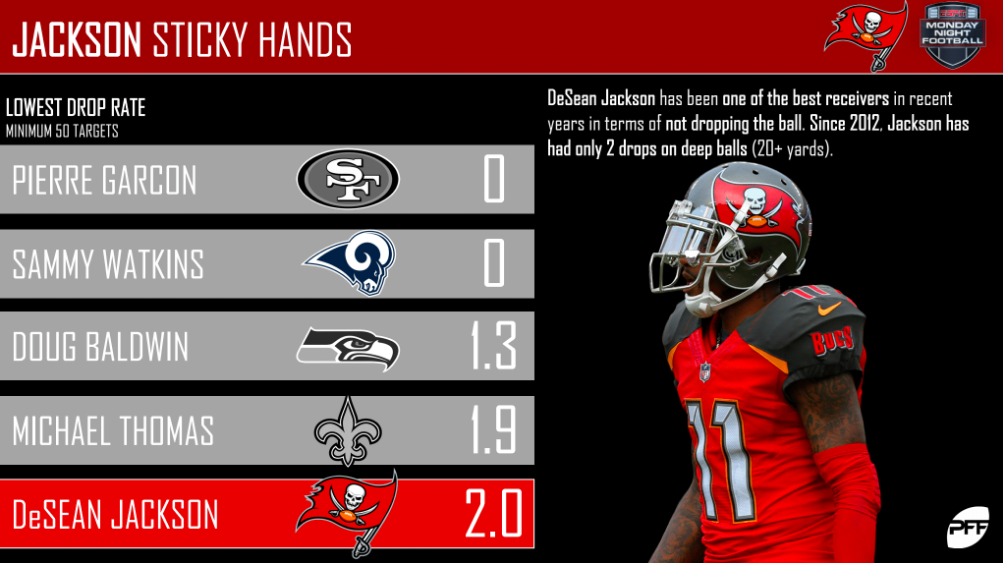 Can Alexander step up to David's standards?

Last year, Bucs linebacker Lavonte David was dominant against the run and produced 37 defensive stops, the fifth-most among players at the position. Conversely, linebacker Kwon Alexander missed a staggering 13 tackles on his run defense snaps, which was tied for the most among linebackers. 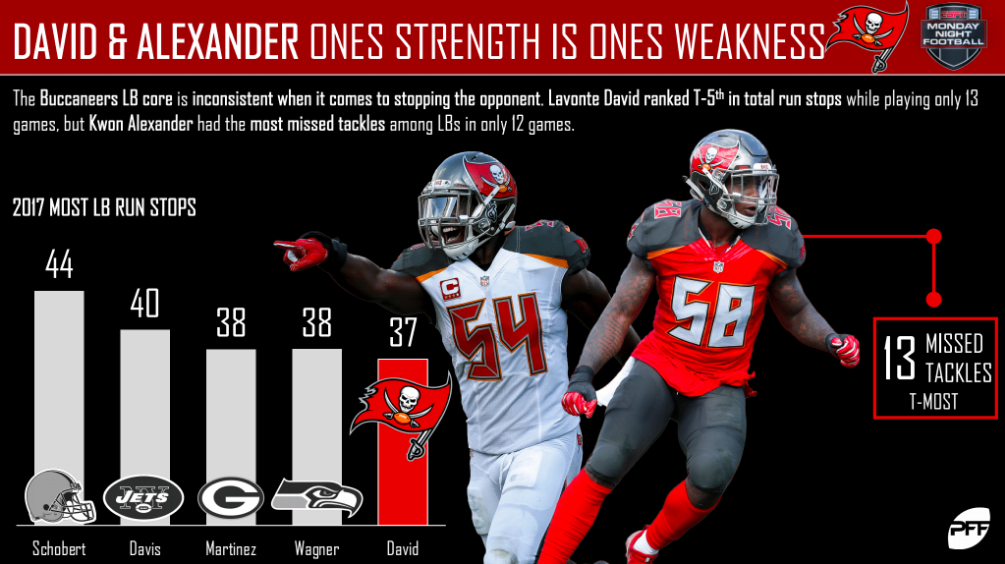 PFF Greenline has projections for the spread, moneyline and over/under of the Tampa Bay Buccaneers' matchup with the Pittsburgh Steelers. Get their picks here.