While two teams are still contending for the Super Bowl, the rest of the league and its fans are preparing for the offseason. PFF is also getting into the action with the launch of its 2022 Draft Guide and free agency ranking tool, which allows you to sort by position or team needs and includes OverTheCap contract projections, historical grades and wins above replacement (WAR) numbers for the past three seasons.

For each of the linebackers below, the closest comparable players were found by measuring the similarity between them based on several features — age (within one year), WAR, previous-year WAR, WAR per snap, alignment, PFF coverage grade and run-defense grades.

The first plot shows the relevant WAR numbers for each of the linebacker’s closest comparisons, the next displays past and future performance for the free agent based on the comparisons, and the final table shows the dollar values based on positional WAR baselines for each outcome (expected, ceiling and floor) through 2023.

Campbell enters free agency as PFF's highest-rated available linebacker even though he's only a year removed from signing a deal worth just $2 million. Campbell’s 86.0 overall grade was the second-highest at the position in 2021, behind only Micah Parsons. 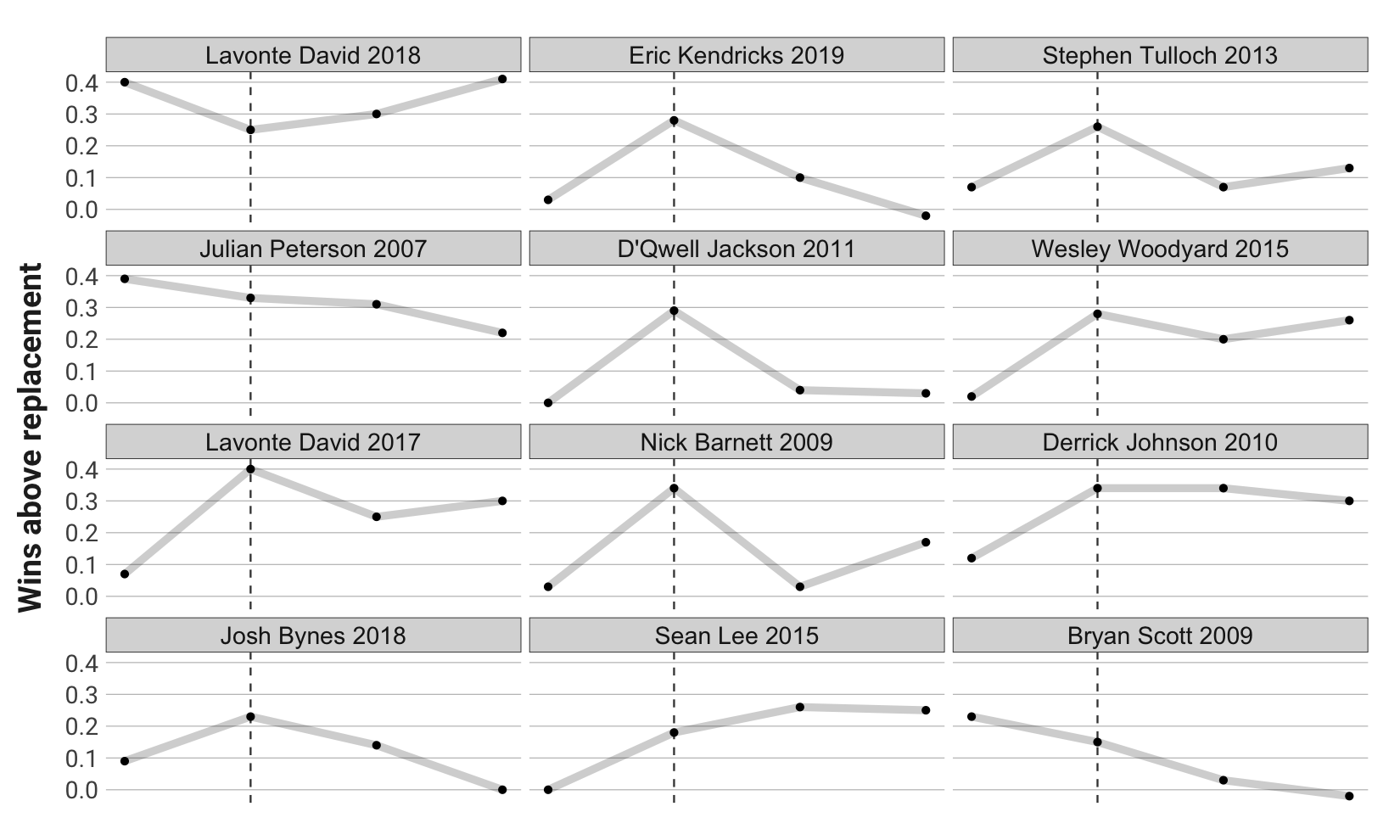 Campbell’s breakout 2021 season produced roughly one-third of a win, and we see his expected production declining with a similar ceiling over the next two seasons. 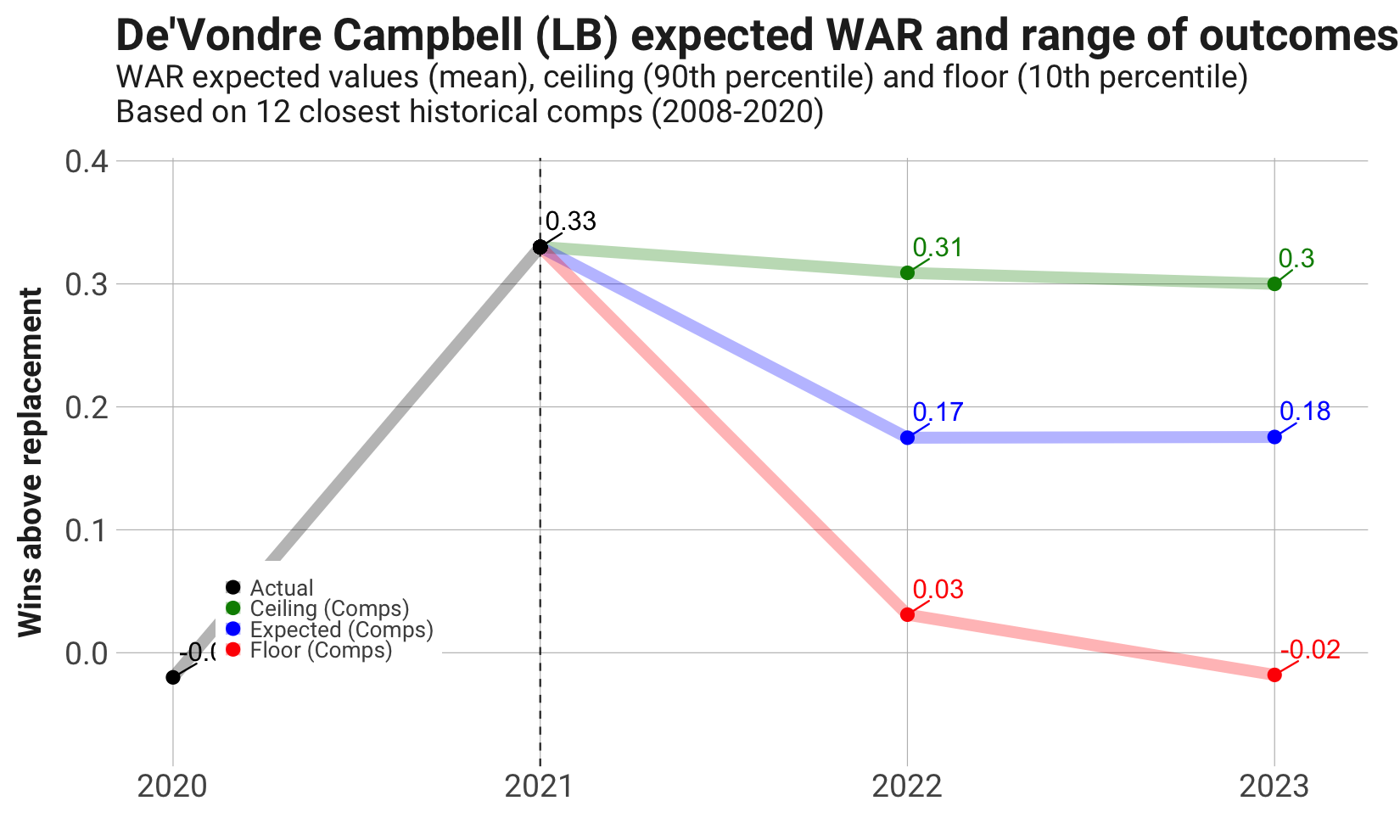 We project Campbell will sign for around $6.5 million per season for two seasons, which will be a huge discount to his expected and ceiling outcomes.