For each of the edge defenders below, the closest comparable players were found by measuring the similarity between them based on several features — age (within one year), WAR, previous-year WAR, WAR per snap, PFF pass- and run-blocking grades.

The first plot shows the relevant WAR numbers for each of the edge defender’s closest comparisons, the next displays past and future performance for the free agent based on the comparisons, and the final table shows the dollar values based on positional WAR baselines for each outcome (expected, ceiling and floor) through 2023.

Hicks has some of the best interior defenders of the last 15 years among his most comparable players, but not all of them maintained strong production as they aged. Hicks is going to turn 33 years old late in the 2022 season. 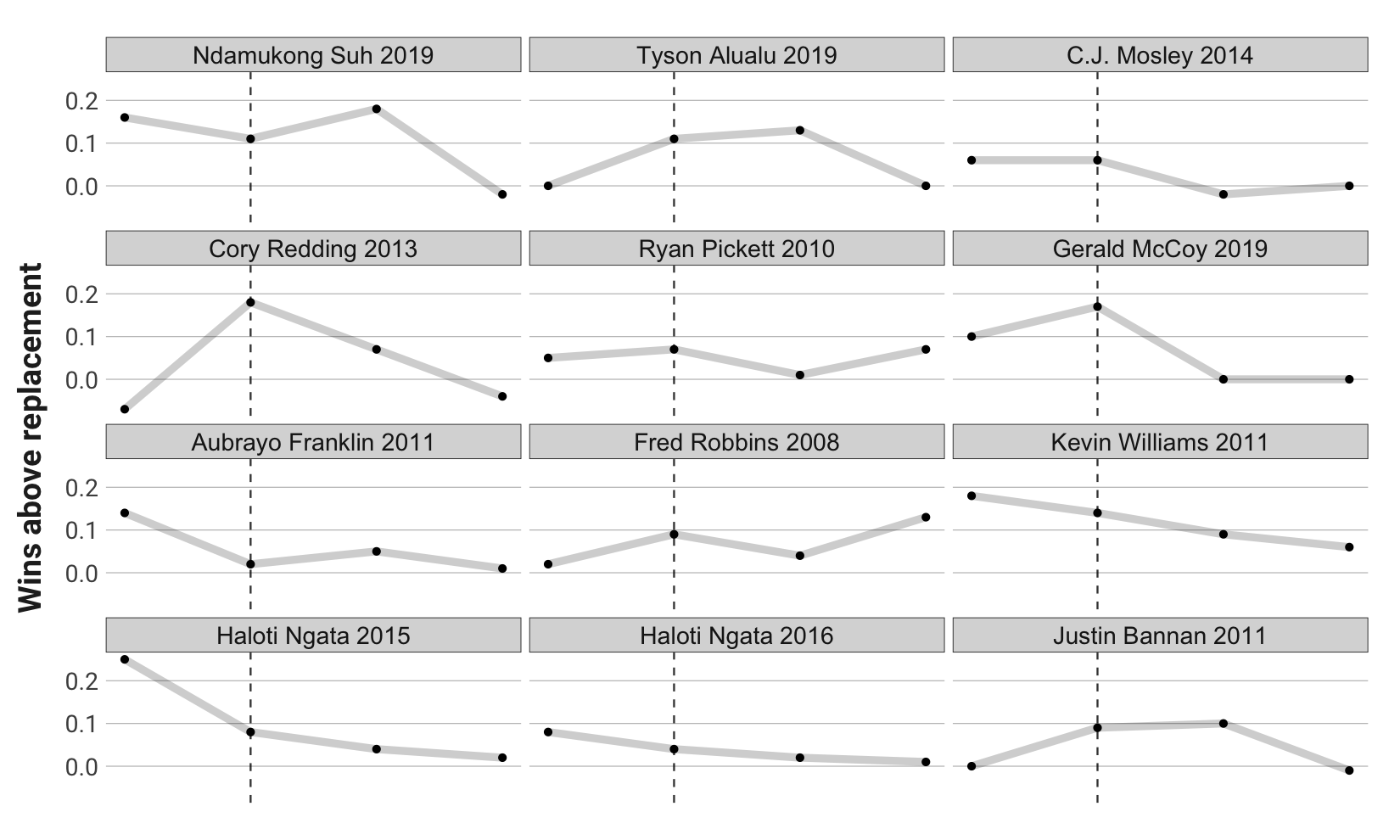 The longtime Chicago Bear saw his production decline slightly in 2021, mainly because he was only on the field for 40% of the snaps he played in 2020, but his overall PFF defensive grade improved. 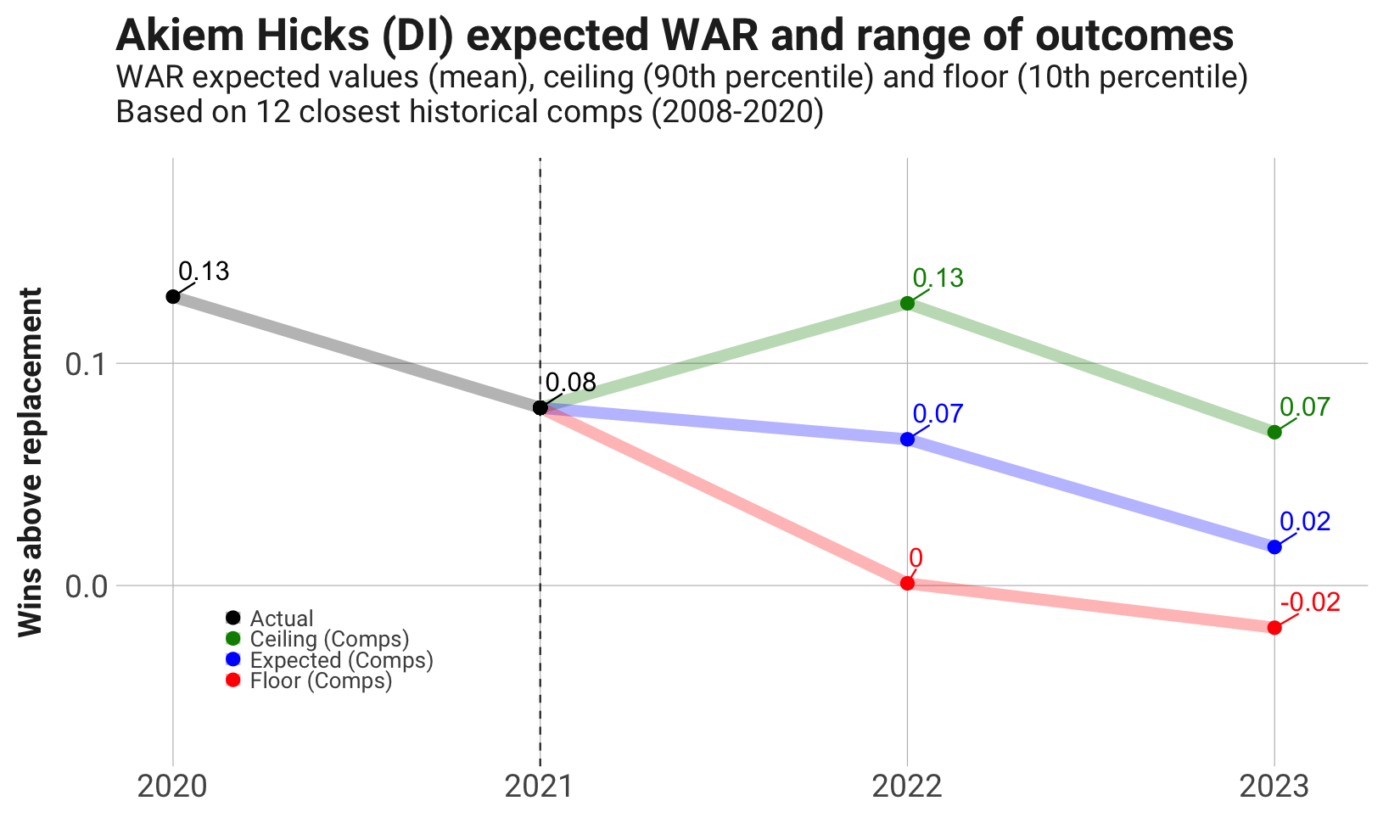 We project Hicks will sign for around $9 million per season for two seasons, which will be a huge discount if he hits his ceiling but a potential loss if age catches up to his play as he enters his mid-30s.