Beyond providing data for all 32 NFL teams, PFF also supports network broadcasters with game-preview packets that are used to enhance the in-game experience for fans and viewers. This Redskins-Saints preview features the same information our broadcast partners use for team research and in-game production.

Peterson rolling back the clock

Future Hall of Fame running back Adrian Peterson has had a strong start to the 2018 season. After looking like his better years were well behind him in 2015 and 2017, Peterson is averaging 3.13 yards after contact per attempt so far in 2018, which compared to his 2015 and 2017 rates, is significantly closer to his career average of 3.30 yards after contact per attempt. 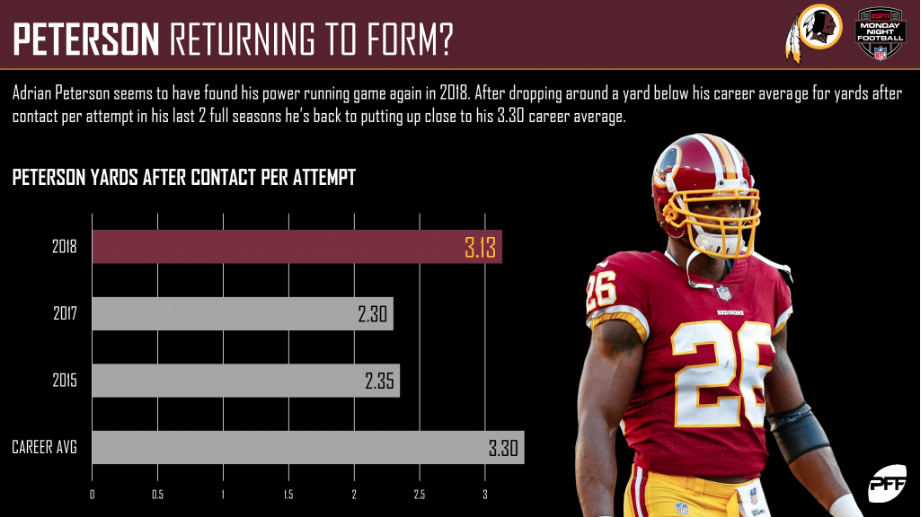 After struggling with injuries over the past few seasons, Redskins tight end Jordan Reed has enjoyed a healthy start to 2018. Reed has been a force from the slot this season as he ranks fifth among tight ends with a 21.2 target percentage from the slot. 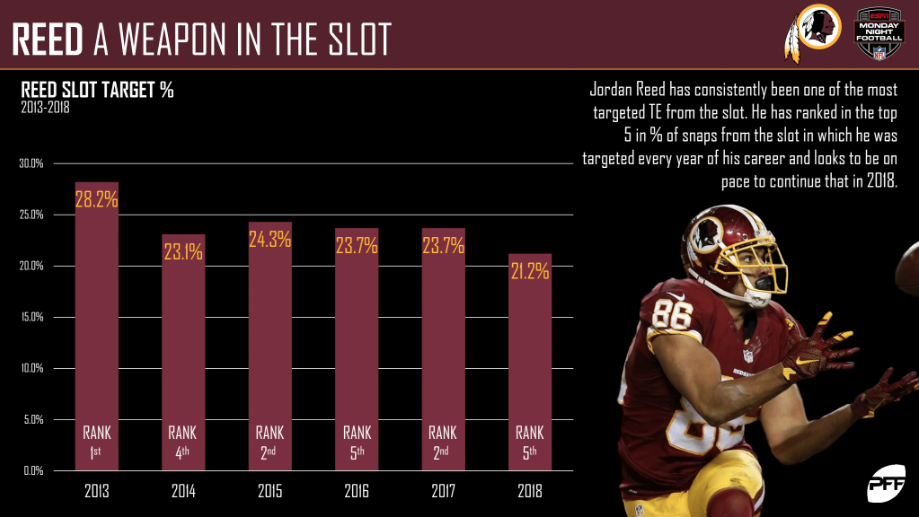 Kerrigan off to a slow start

If the Redskins want to slow down the high-powered Saints offense, Ryan Kerrigan needs to return to form. Through three games, Kerrigan has posted an 11.8 pressure percentage, which would be the second lowest percentage in his career. 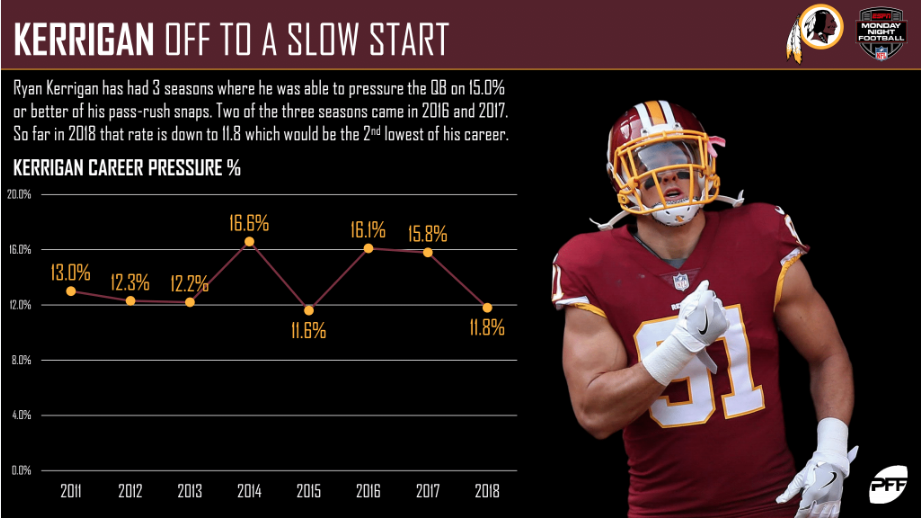 Brown helping out in coverage

Saints running back Alvin Kamara is off to one of the best receiving starts by a running back in recent memory. The Redskins will turn to linebacker Zach Brown in coverage as Brown ranks fourth among linebackers with 0.40 yards allowed per coverage snap. 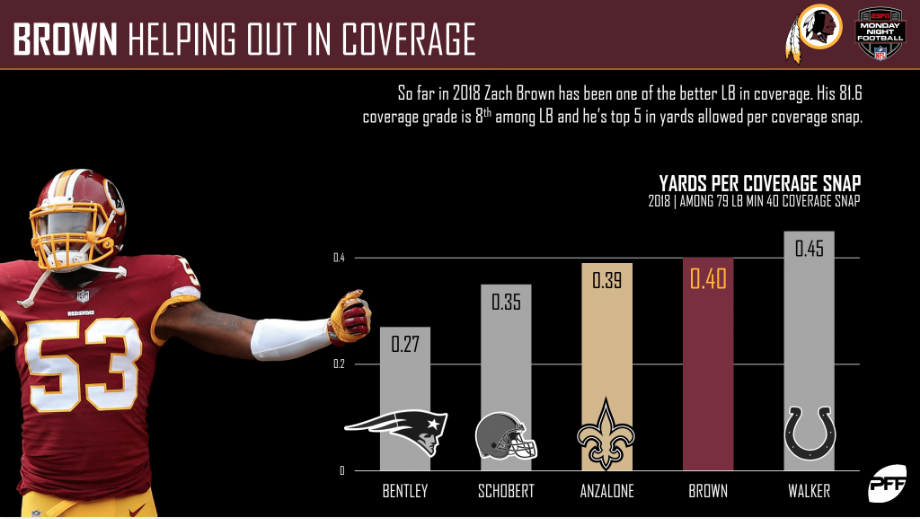 Alvin Kamara’s receiving numbers are off the charts, and still barely do the second year running back any justice. Among running backs, Kamara ranks second in receiving grade (85.6), first in targets (44), tied first in forced missed tackles (11), and second in yards per route run (2.55). 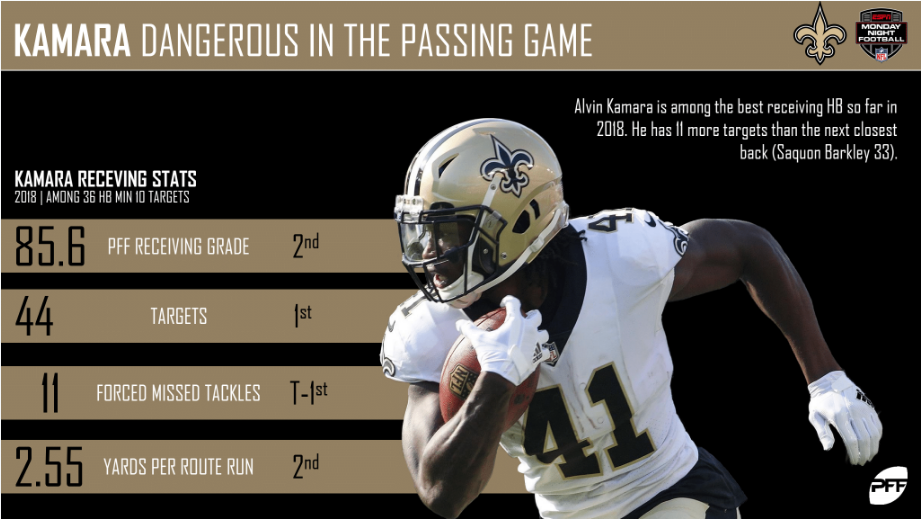 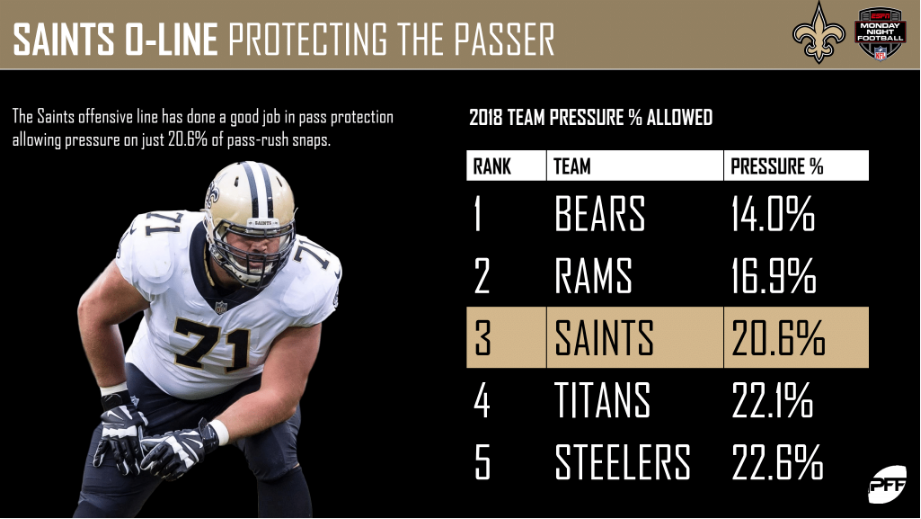 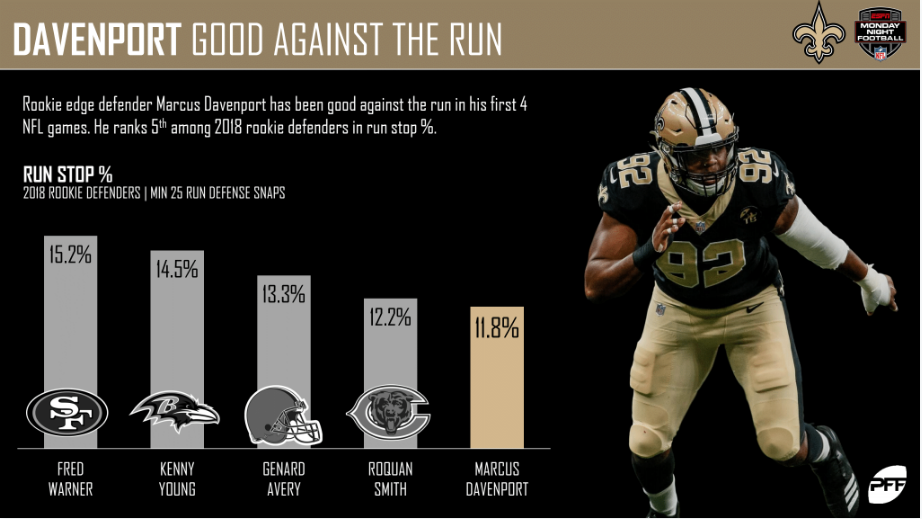 Lattimore and Crawley struggling so far

2018 has not started as well as Saints cornerback Marshon Lattimore was hoping for. After allowing the third-lowest passer rating (45.3) in the league last season, Lattimore has seen that elite number spike to 129.0 this season. 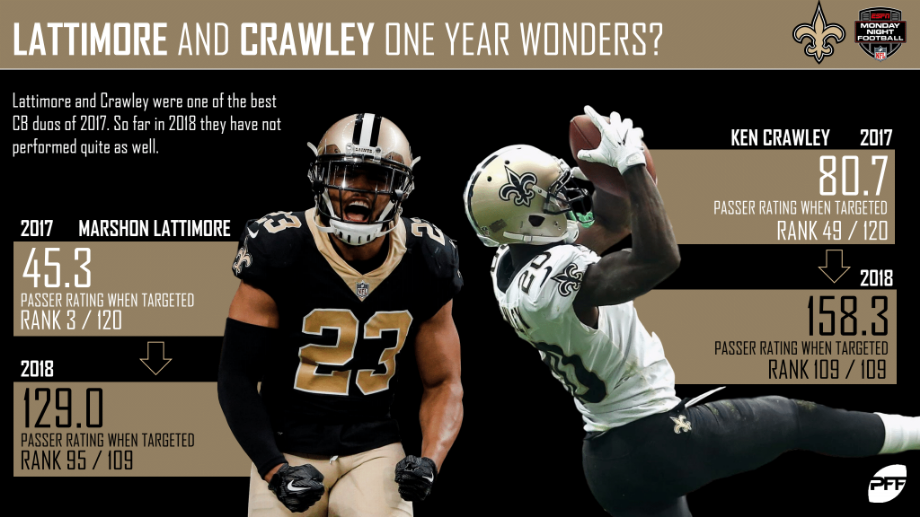 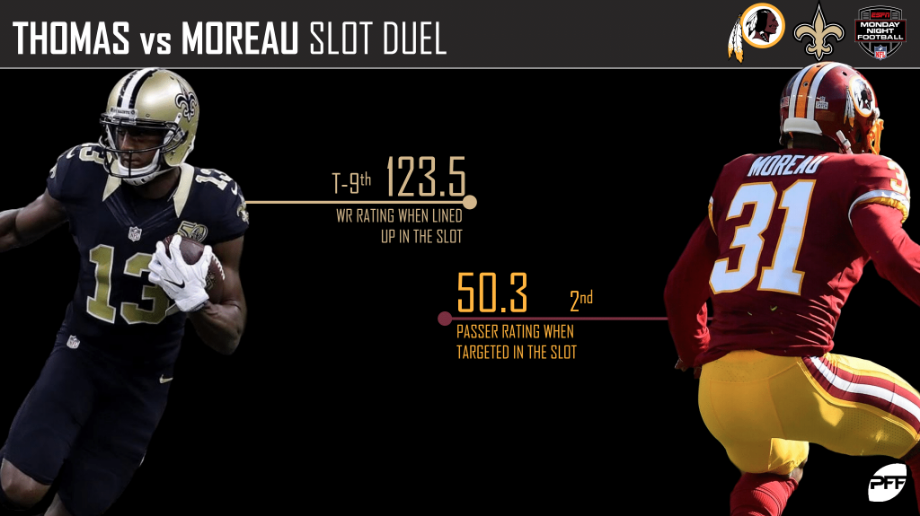 PFF Greenline has projections for the spread, moneyline and over/under of the Redskins’ matchup with the Saints. Get its picks here.