Beyond providing data for all 32 NFL teams, PFF also supports network broadcasters with game-preview packets that are used to enhance the in-game experience for fans and viewers. This 49ers-Chiefs preview features the same information our broadcast partners use for team research and in-game production.

The ups and downs of Jimmy G

Jimmy Garoppolo‘s transition to the 2018 season hasn't lived up to sky-high expectations through two weeks. While he has improved his deep-ball accuracy, Garoppolo has cut his third-down grade nearly in half compared to last season. 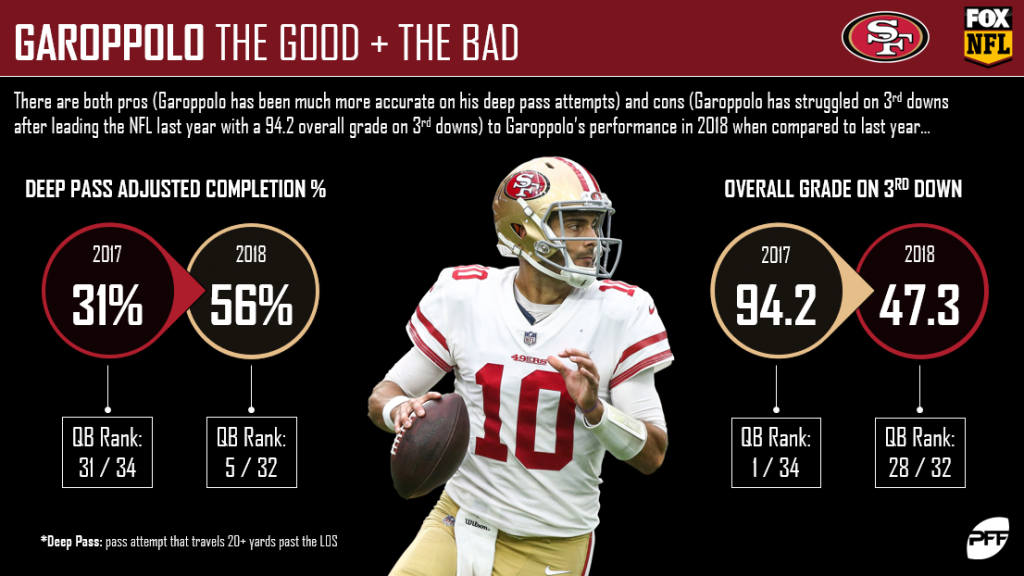 Breida proving to be the better back

With the loss of projected starter Jerick McKinnon, the 49ers scrambled to pick up veteran running back Alfred Morris. However, sophomore Matt Brieda has proven to be the team's best option in the backfield. 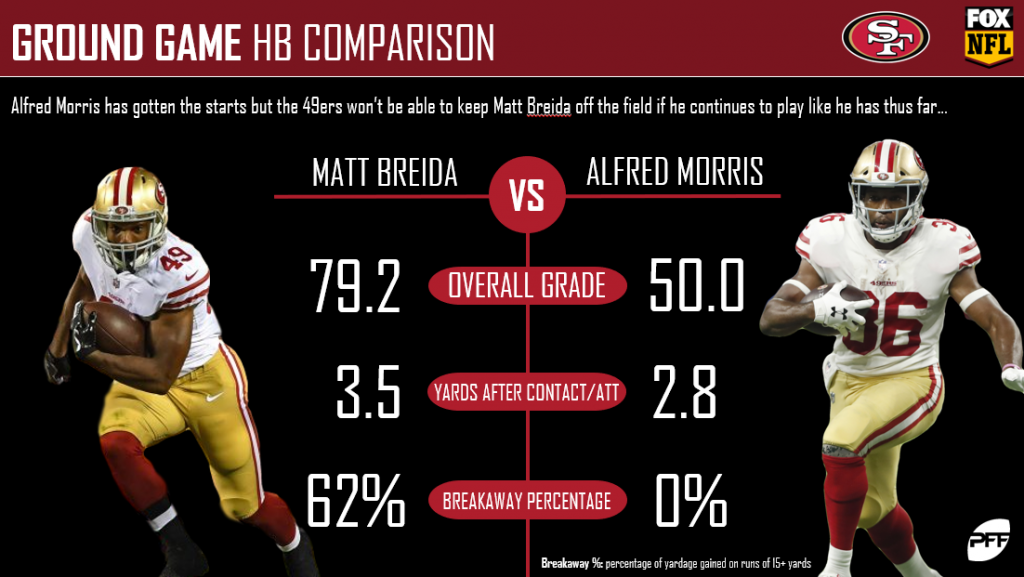 49ers staying away from the blitz

San Francisco ranks T-30th in called blitz percentage through Week 2, as defensive coordinator Robert Saleh has leaned on DeForest Buckner & Co. up front to take down the quarterback rather than extra rushers. 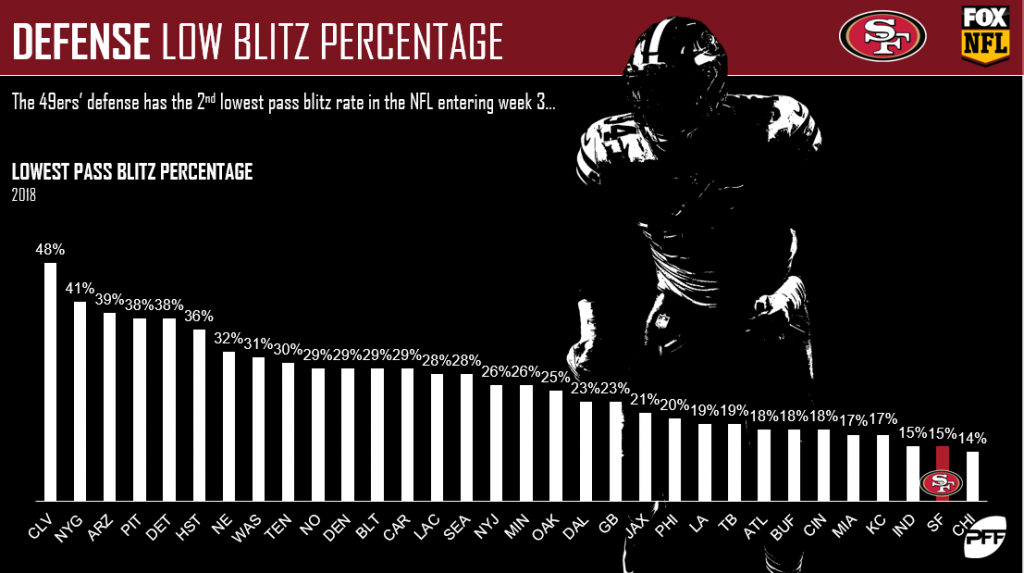 Buckner's pass-rush versatility is proving to be valuable

In just two games, Buckner has rushed the passer at edge defender more than he did all of last season, and early results are promising. 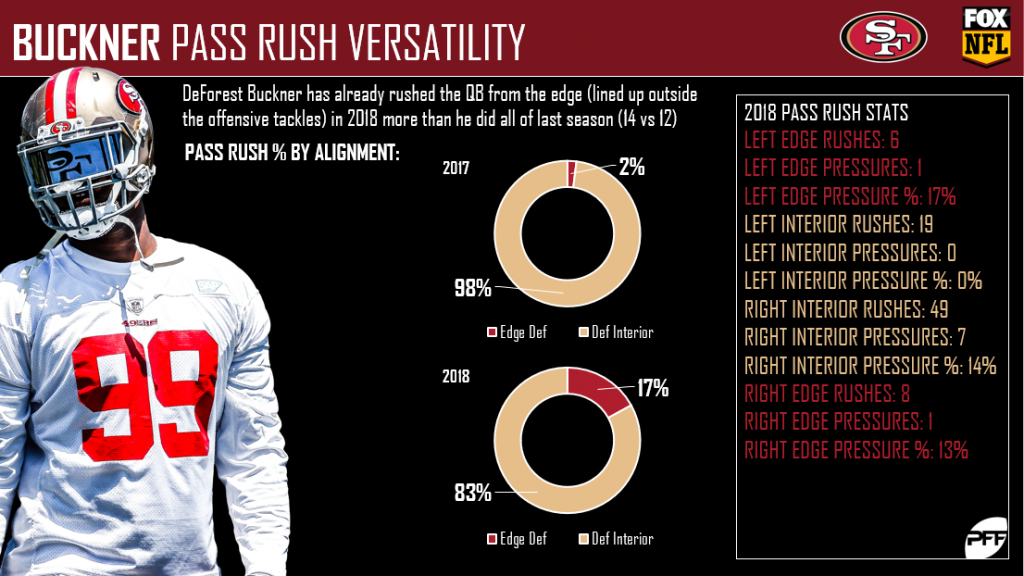 Patrick Mahomes can do no wrong

Part of Patrick Mahomes‘ stellar start to the 2018 season has been his consistency working from both a clean and pressured pocket, as he ranks first in passer rating from a clean pocket (146.5) and third in passer rating under pressure (132.9). 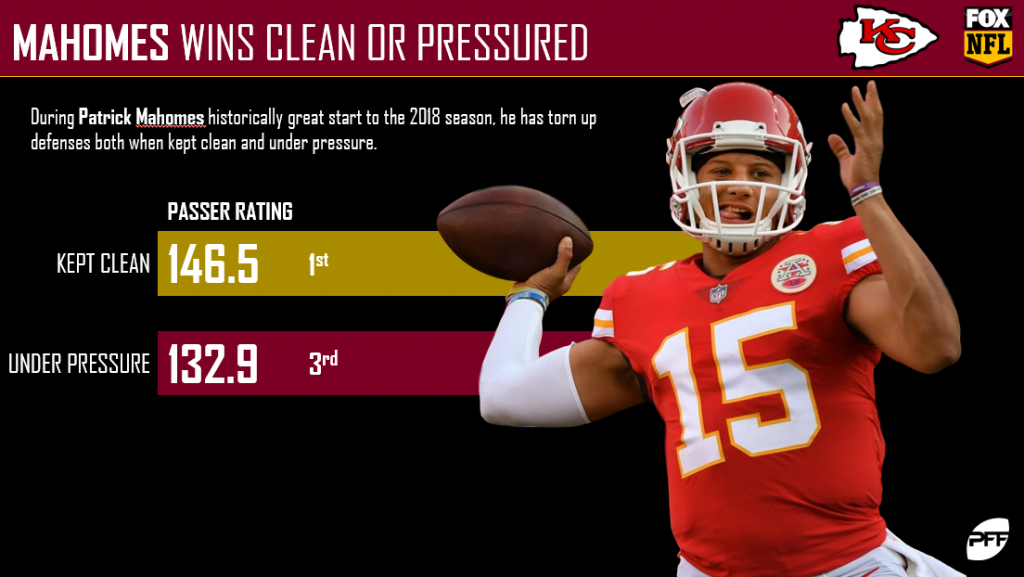 Tyreek Hill is tied for first in passer rating when targeted (158.3), tied for seventh in total receiving first downs (10) and second in overall grade (92.7) through two weeks. 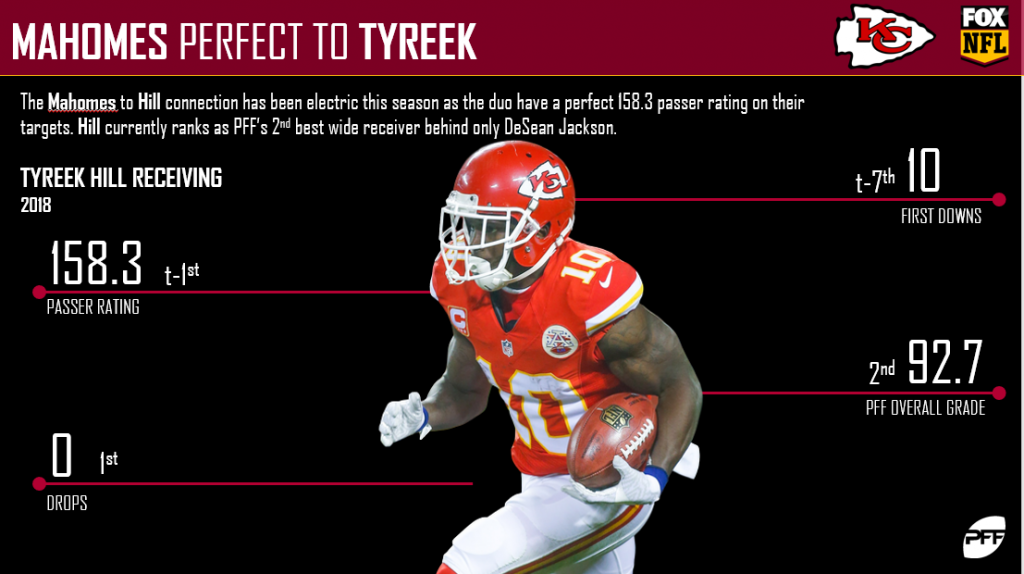 Chris Jones is taking the next step

After a breakout year in 2017, Chiefs defensive interior Chris Jones ranks 12th in run-defense grade (83.8) and 20th in pass-rush grade (70.6) among qualifiers. 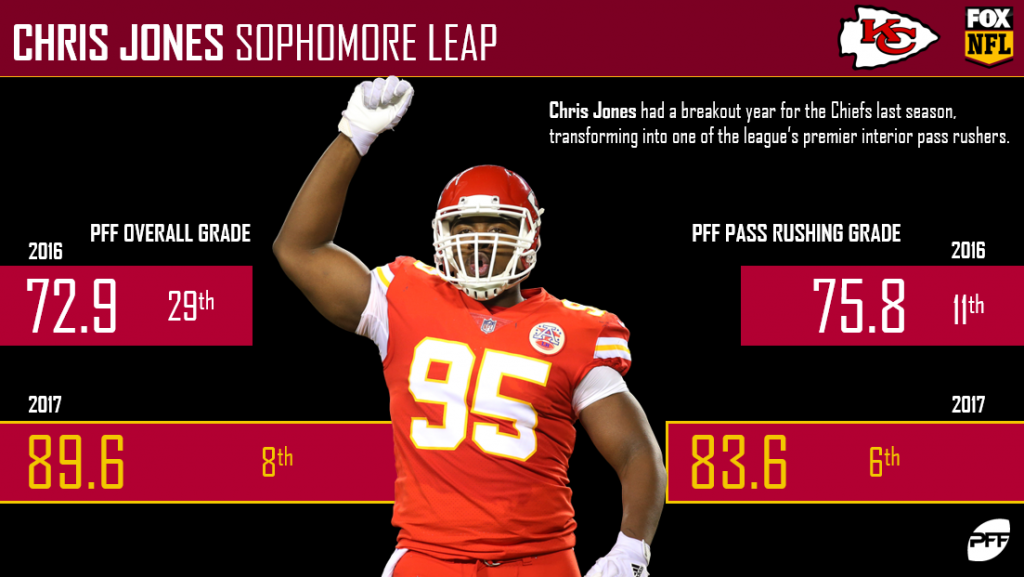 Kendall Fuller was brought in via trade this offseason to lead the Chiefs' secondary after his breakout campaign with the Redskins a year ago. He, however, has yet to live up to the billing, as he is tied for 65th in overall grade (60.7) through Week 2. 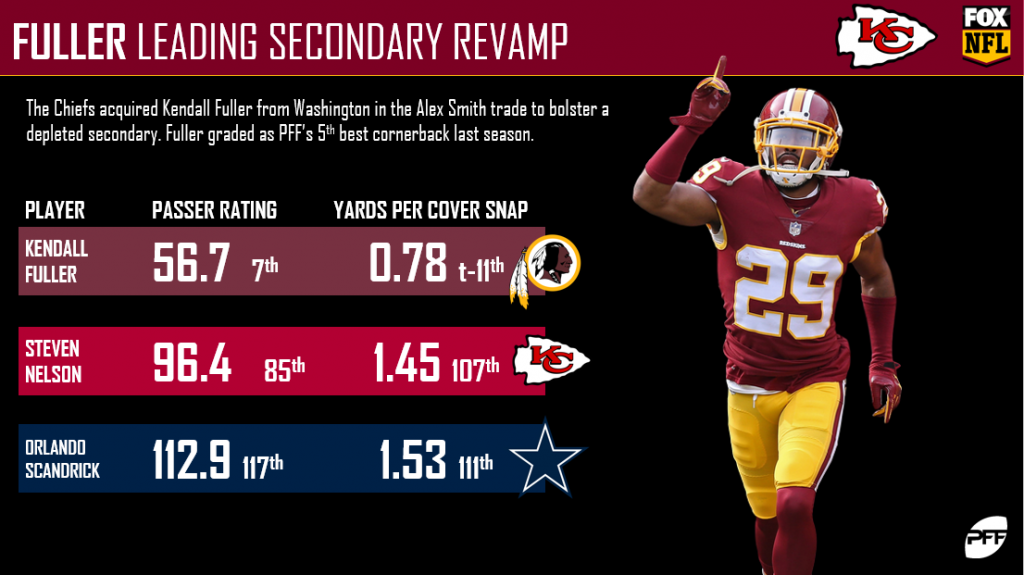 PFF Greenline has projections for the spread, moneyline and over/under of the San Francisco 49ers' matchup with the Kansas City Chiefs. Get their picks here.