Beyond providing data for all 32 NFL teams, PFF also supports network broadcasters with game-preview packets that are used to enhance the in-game experience for fans and viewers. This Chargers-Rams preview features the same information our broadcast partners use for team research and in-game production.

Ekeler and Gordon are weapons in the passing game

Austin Ekeler and Melvin Gordon are integral pieces to the Chargers passing game, ranking second and third among all running backs in yards per route run. Ekeler has been a wildly productive receiver out of the backfield, averaging 4.32 yards per route run and forcing four missed tackles through the first two games. 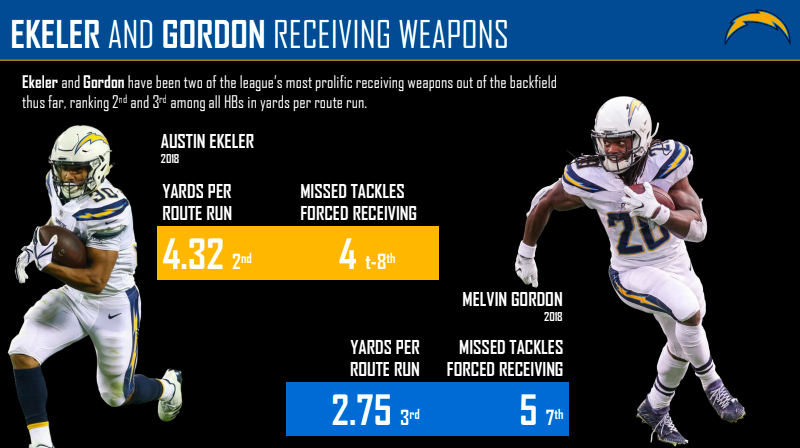 The Chargers are utilizing rookie safety Derwin James as a versatile defender all over the field. He lines up deep as a safety, as a linebacker in the box, on a receiver in the slot, and even occasionally on the defensive line. James is currently grading as PFF’s 8th best safety (82.8) with the fourth-highest pass rushing grade (81.5). Derwin James vs. Todd Gurley will be a fun matchup to watch. 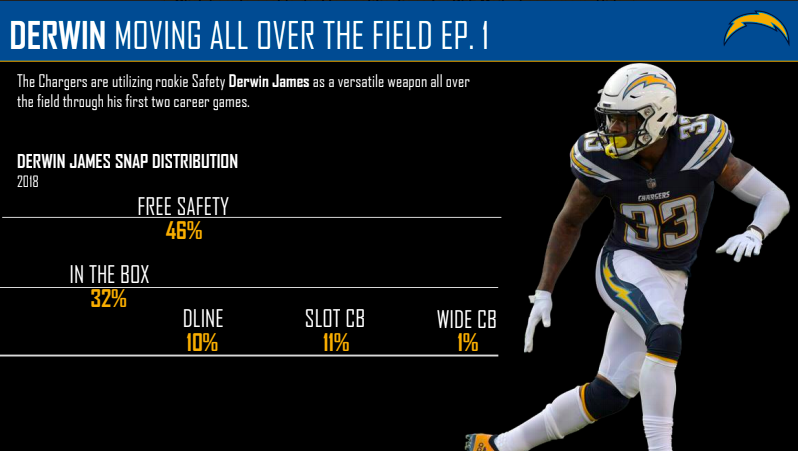 Can Rivers adapt to life without Hunter Henry?

Over recent seasons, Philip Rivers has been incredibly productive targeting Hunter Henry. When targeting the tight end, Rivers has produced a 143.7 passer rating and a staggering 12:0 TD to INT ratio. With Henry out for the season, it's going to be fascinating to see who steps up. 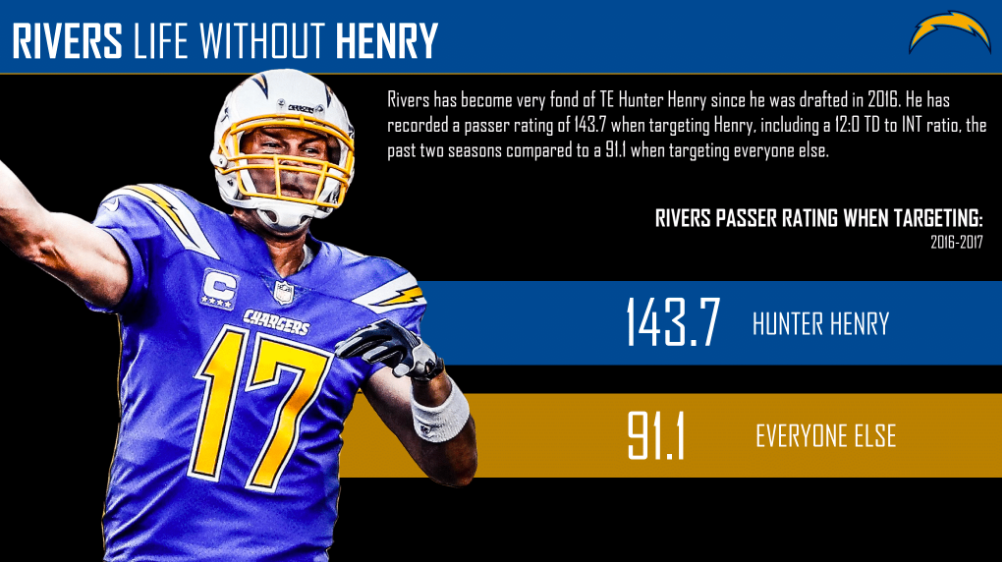 Hayward's still one of the best

The Rams' high-powered passing attack will have to navigate past one of the best cornerbacks in the game on Sunday. Last year, Casey Hayward was not only our highest-graded cornerback, but he also ranked in the top-10 in most of our advanced coverage metrics. 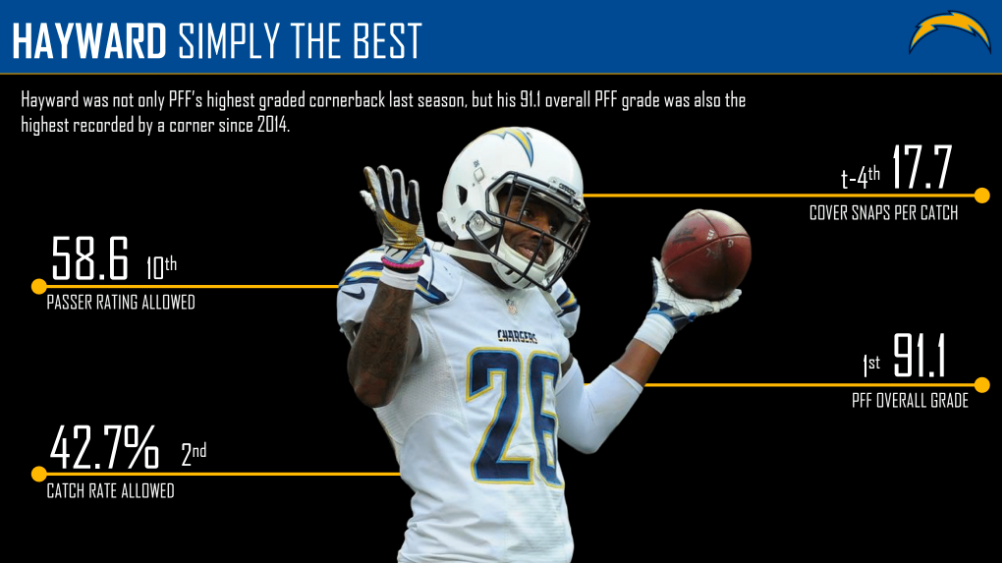 Don't bite on the play fake!

No team ran more play action passes on first down than the Rams last year, so the Chargers would be wise to keep an eye out for that on Sunday. 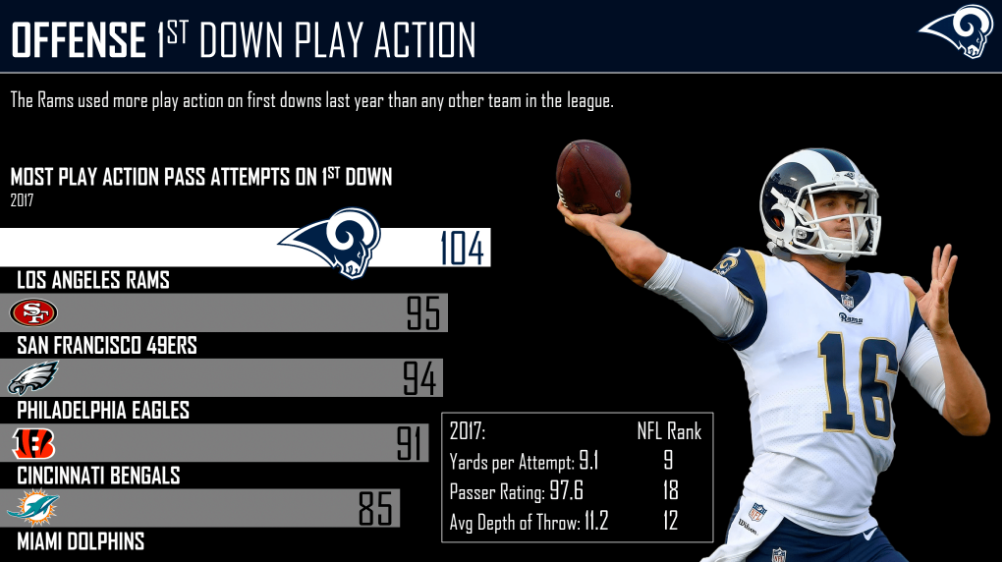 Last year, the Rams defense allowed a passer rating of just 55.4 on crossing routes – the best mark among NFL defenses. The Chargers may have to look elsewhere if they want to move the ball. 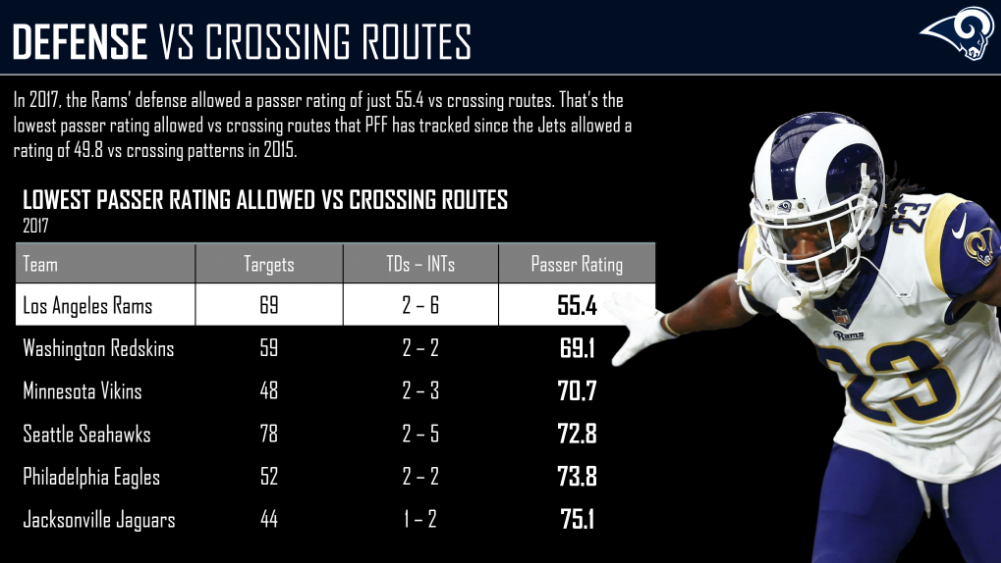 Gurley does it all

Fresh off signing the richest contract ever by a running back, Todd Gurley is showing why he is worth the money. He racks up 1st downs and touchdowns at the highest rate in the NFL, and he is near impossible to bring down at the point of first contact, both as a runner and receiver. 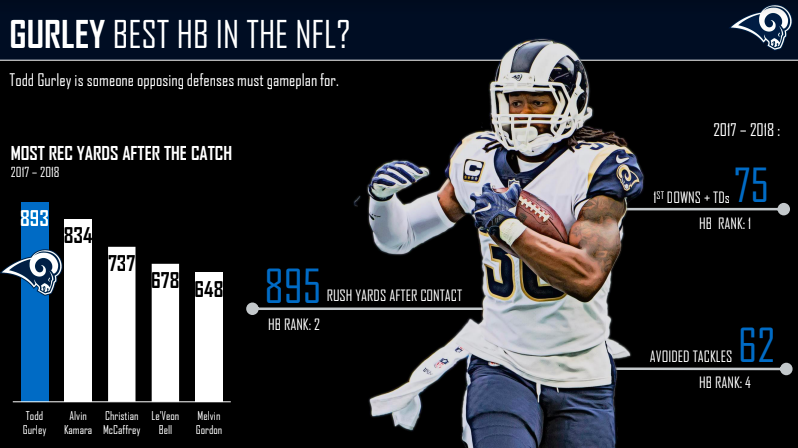 Ndamukong Suh has lived up to expectations through the first two games, pairing with Aaron Donald to form the league’s best interior defense. Donald is up to his usual tricks, grading as PFF’s 2nd best interior defender (91.5 overall grade) while Suh ranks 12th (84.5 overall PFF grade). Chargers center Mike Pouncey (70.7 overall grade, eighth among centers) will have his hands full trying to contain Donald and Suh. 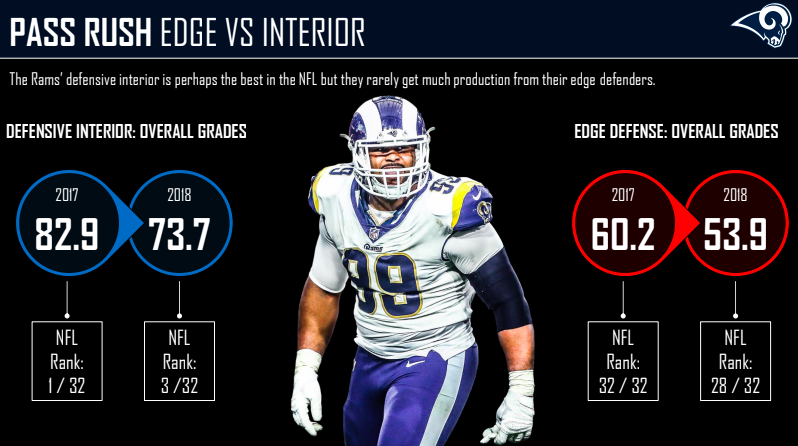