CARSON, CA - SEPTEMBER 24: Kareem Hunt #27 of the Kansas City Chiefs runs past Tre Boston #33 of the Los Angeles Chargers for a touchdown during the second half of a game at StubHub Center on September 24, 2017 in Carson, California. (Photo by Sean M. Haffey/Getty Images)

With three weeks of the season in the books outside of Monday Night Football, it’s time to check in on another of the PFF Elite stats, and this time we focus our attention on running backs.

We are going to look at PFF’s Elusive Rating, which is an attempt to quantify the work a runner does independent of his blocking, looking at the number of tackles broken or avoided and the yards gained after first contact. 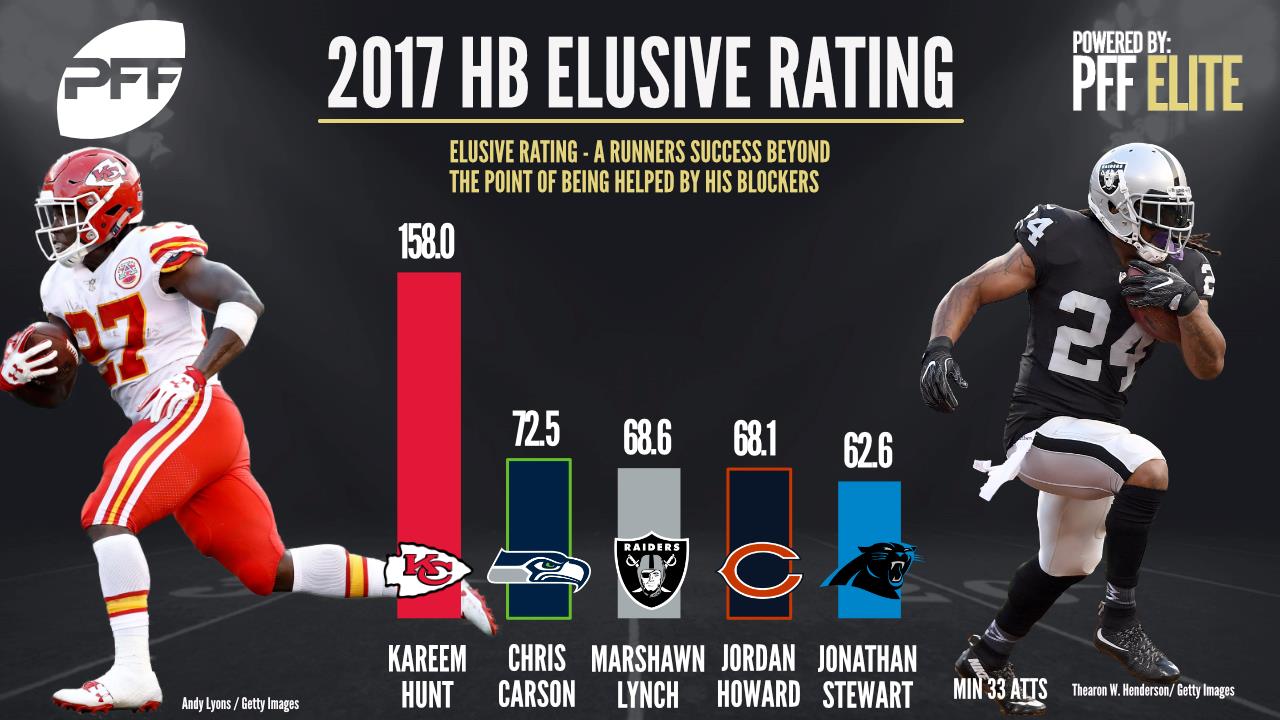 Hunt’s numbers have been staggering. The rookie running back has taken the league by storm, both as a receiver and ball-carrier, with 17 broken tackles on the ground and another four in the air. Hunt has more than double the elusive rating of any other back in the league through three games.

While the discussion before the season was whether Eddie Lacy or Thomas Rawls would be the man in the Seattle backfield, it has been Chris Carson so far that has been excelling, gaining 2.7 yards per carry after contact behind a badly-performing offensive line.

Beastmode shows little signs of rust having sat out for the past year, and he has gained almost three yards per carry (2.97) after contact, proving to be as tough to bring down as a Raider as he ever was in Seattle.

Though his work as a receiver has been an issue, Jordan Howard remains a monster on the ground for the Bears, who now have a complementary back in Tarik Cohen to pick up Howard’s slack in the pass game. Howard has broken 14 total tackles this season and iced the victory this week against the Steelers in overtime.

Jonathan Stewart has held off the challenge of rookie Christian McCaffrey and continued to perform well in the opportunities he gets. Stewart has gained 2.73 yards per carry after contact and broken 11 tackles. 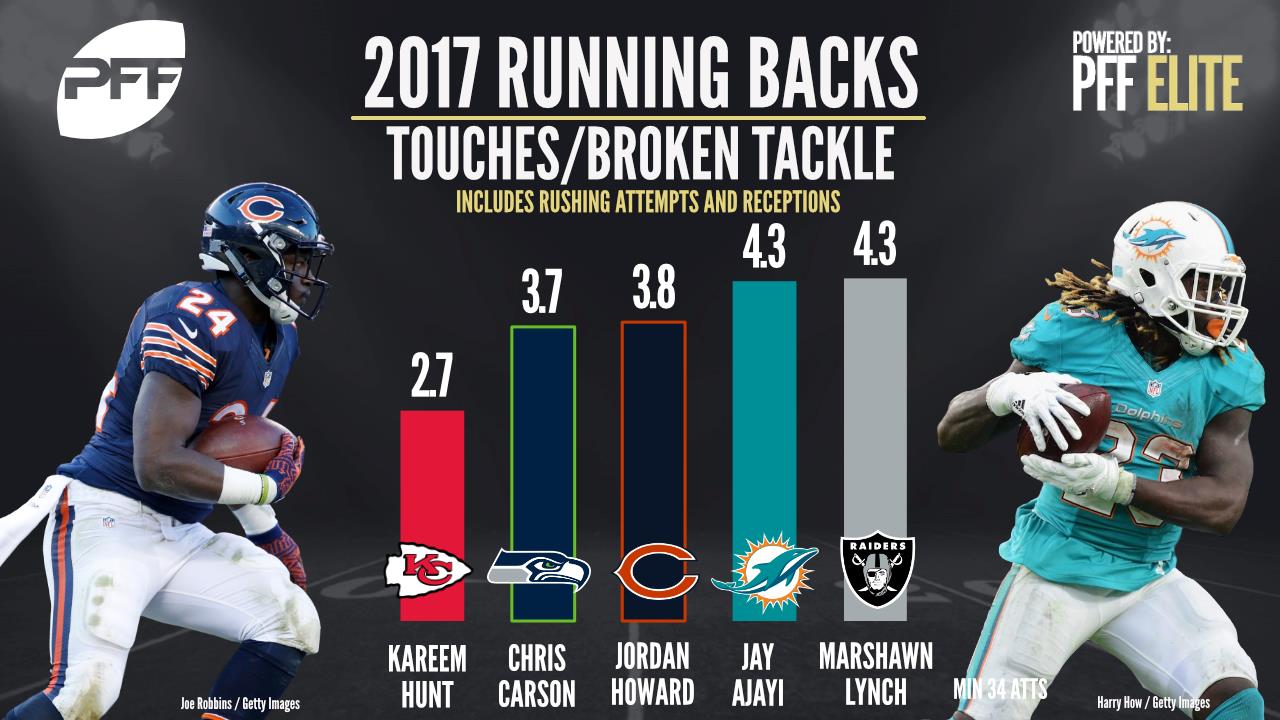 Hunt has been breaking tackles at a staggering rate. He has gone an average of just 2.7 touches this season between broken tackles, a figure that would have led the league a year ago by some margin, and does so again in 2017.

Carson has been breaking tackles at an excellent rate so far in 2017. He has broken 11 tackles on just 41 touches, with nine of them coming on the ground and two as a receiver.

Howard has the joint second-most broken tackles on the ground in the league through three games, tied with Minnesota’s Dalvin Cook and trailing only Hunt. In overall broken tackles, Howard falls behind Cook because he has been less of a factor in the passing game, but on the ground he remains as tough to tackle as ever.

Jay Ajayi broke tackles and gained yards after contact at an incredible rate last season as he broke out onto the scene, and though his reckless running style figures to see him slow that pace at some point, it has remained strong in 2017. Ajayi has ten broken tackles on the ground from 39 carries, but has yet to force one as a receiver.

Beastmode has broken eight tackles as a ball-carrier and another one as a receiver, slowing down on his league-leading rate during his time as a Seahawk a little, but showing that he’s still more than capable of hanging with the best in the league at this.