The San Francisco 49ers were unable to live up to their high expectations, in part due to starting quarterback Jimmy Garoppolo going down due to injury early in the season. However, there is plenty to be excited about in San Francisco looking forward. 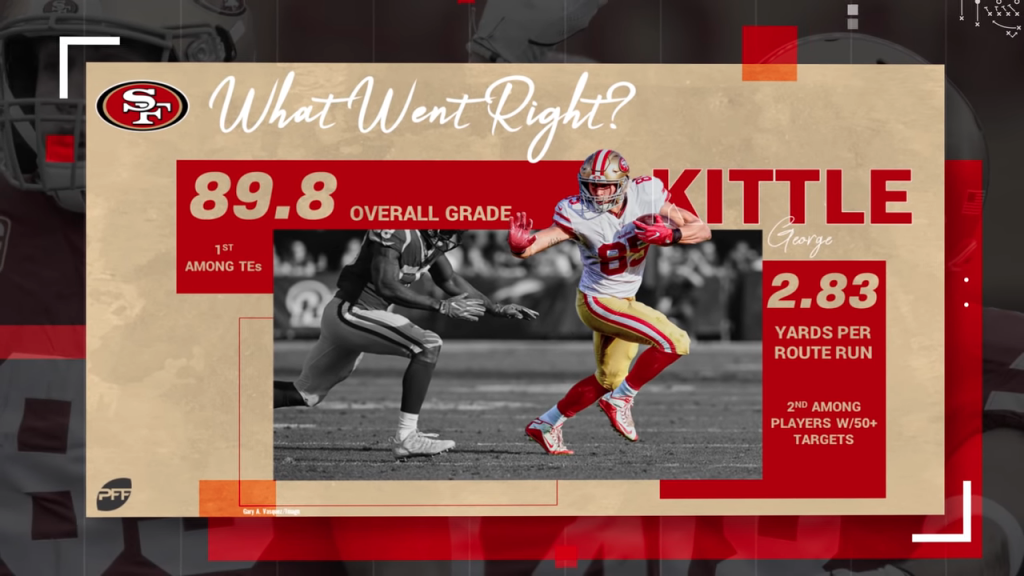 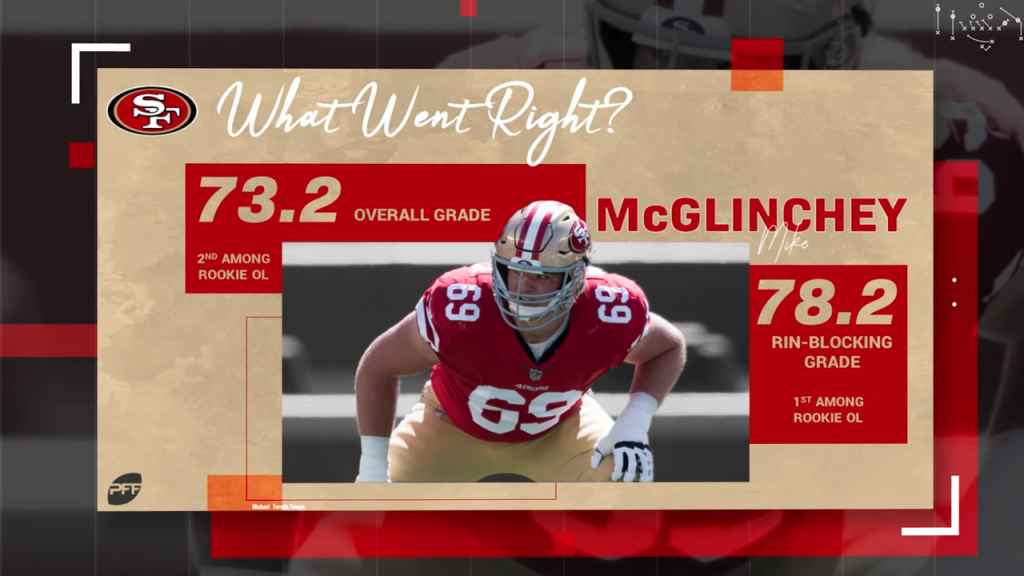 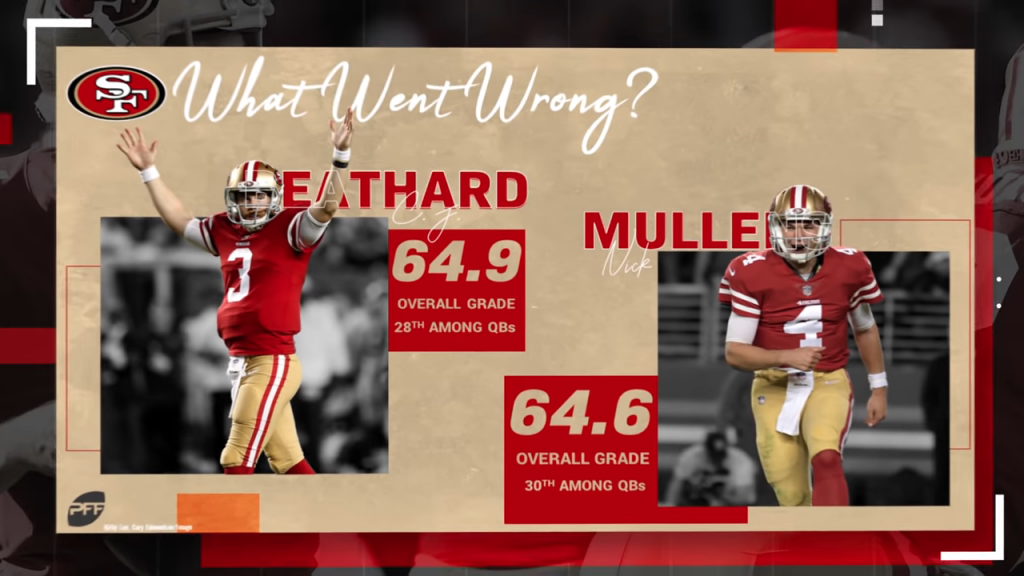 Kittle was the highest-graded offensive player, picking up 873 yards after the catch, the most we’ve seen from any position since 2006. He was also excellent as a run blocker, ranking fifth in the league with a 73.3 grade.

Buckner took home the top grade on the defense, tying for third among interior defensive linemen with 37 stops.

Second-year running back Matt Breida provided a much-needed spark for the 49ers offense. Despite lingering injuries, Breida was effective in both the run and pass game, finishing with an overall grade of 76.1. Breida finished sixth in rushing yards per attempt (5.3) and while also not dropping single pass on 27 catchable targets. 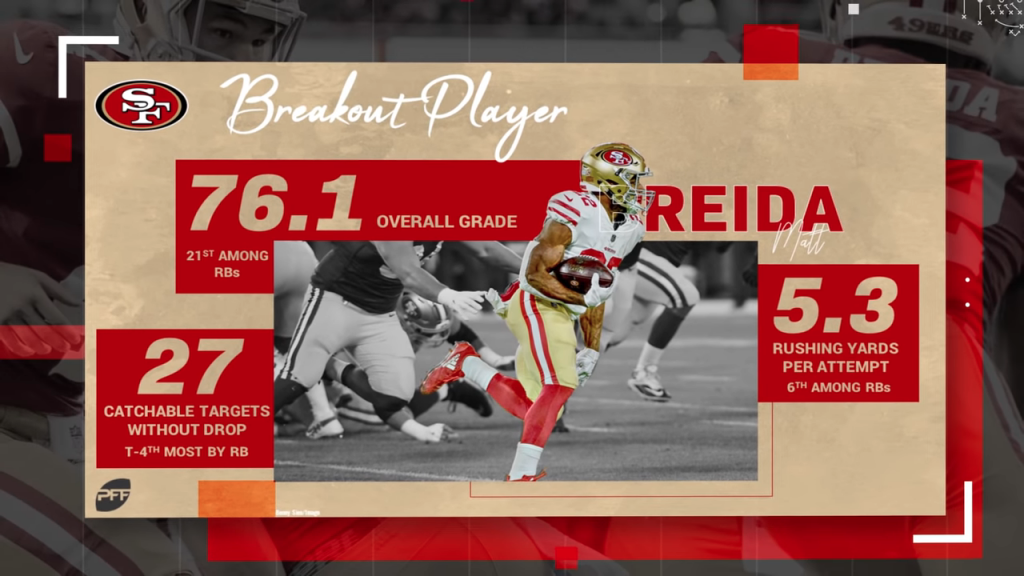 Mike McGlinchey not only led all 49ers rookies with an overall grade of 73.2, but he showed his dependability by starting all 16 games in his first year. McGlinchey also proved to be one of the league's premier run blockers and finished with the fourth-highest run-blocking grade of any lineman in the NFL.

The 49ers are armed with some key pieces as they continue to rebuild the roster, and a strong offseason should have them in contention in the NFC West in 2019.