The Baltimore Ravens defeated the Pittsburgh Steelers, 26-14, in Week 4 of NFL action. 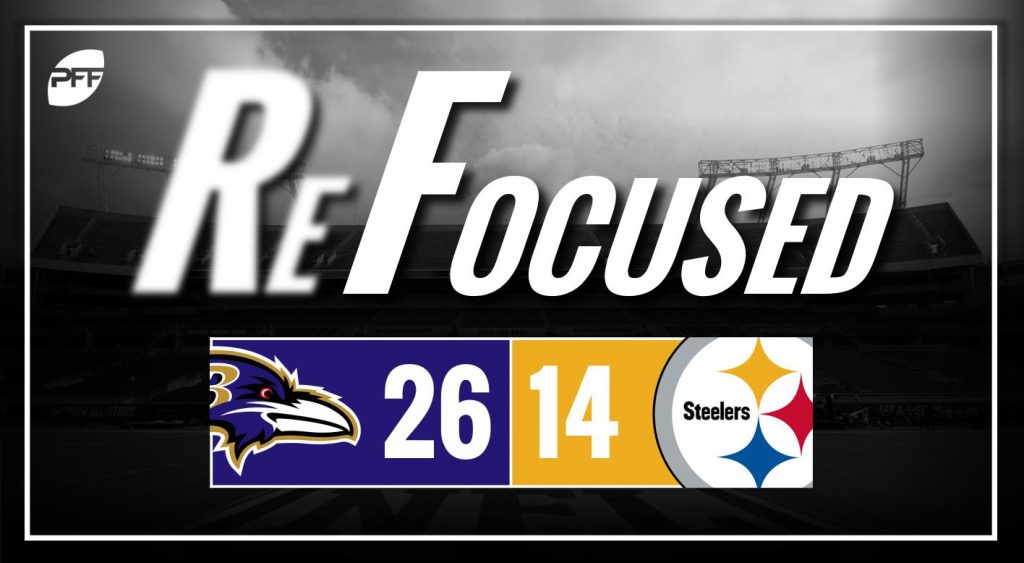 Joe Flacco was at an impressive level on Sunday night, especially when targeting John Brown deep down the field. In the second half, Flacco might not have been able to drive the Ravens into the end zone, but he was able to consistently make tight throws and keep the chains moving.

Baltimore was stingy on defense throughout most of the night, allowing only 19 rushing yards and confusing Roethlisberger in coverage, forcing an interception and a number of errant throws. Brandon Carr stood out in coverage, as he broke up two passes on the night.

The pass-rush for the Ravens was limited, but veteran Terrell Suggs, and second-year man Tim Williams created pressure a few times, with Williams recording a sack and two quarterback hits. The front seven did an admirable job shutting down the run game, forcing the Steelers out of their game plan early.

The Steelers' defense struggled with the Ravens' fakes and movements either with Lamar Jackson or Maxx Williams lining up at left guard but off the LOS for a 22-yard gain in the middle of the fourth quarter, which kept the drive going and iced the game.

The Steelers' run-defense was able to take away a lot when the Ravens ran power; however, everyone will remember Javorius Allen taking the Steelers 11 yards to record a first down in the last four minutes of the game. But outside of that run, the Ravens only had one run over 10 yards.

Ben Roethlisberger and the Steelers struggled in the second half, as the offense failed to move the ball past midfield. Roethlisberger misread some coverages and made errant throws, throwing for 274 yards on 47 attempts. The lack of running game didn't help, as the Steelers only managed 19 yards rushing.

James Conner was never able to find any holes against a tough Baltimore defense. His 2.1 yards per carry on 11 rushes will bring questions about whether this offense needs Le'Veon Bell to establish a consistent ground game. The offense used their quick passing game as an alternative to rushing the ball, leading to 47 passes and only 11 rushes.

Much of the praise will shift to Flacco and understandely so, but the Ravens' offensive line kept him clean nearly all game and allowed him the time to carve up the Steelers' defense.

The Steelers' lack of a running game will be a concern going forward. Roethlisberger is no stranger dropping back to pass 50-plus times, and without Bell, he may be forced to do that occasionally this season. He was off his game tonight, throwing errant passes as they dropped the home loss to their division rival.