The Minnesota Vikings tied the Green Bay Packers, 29-29, continuing the second full week of action in the NFL. 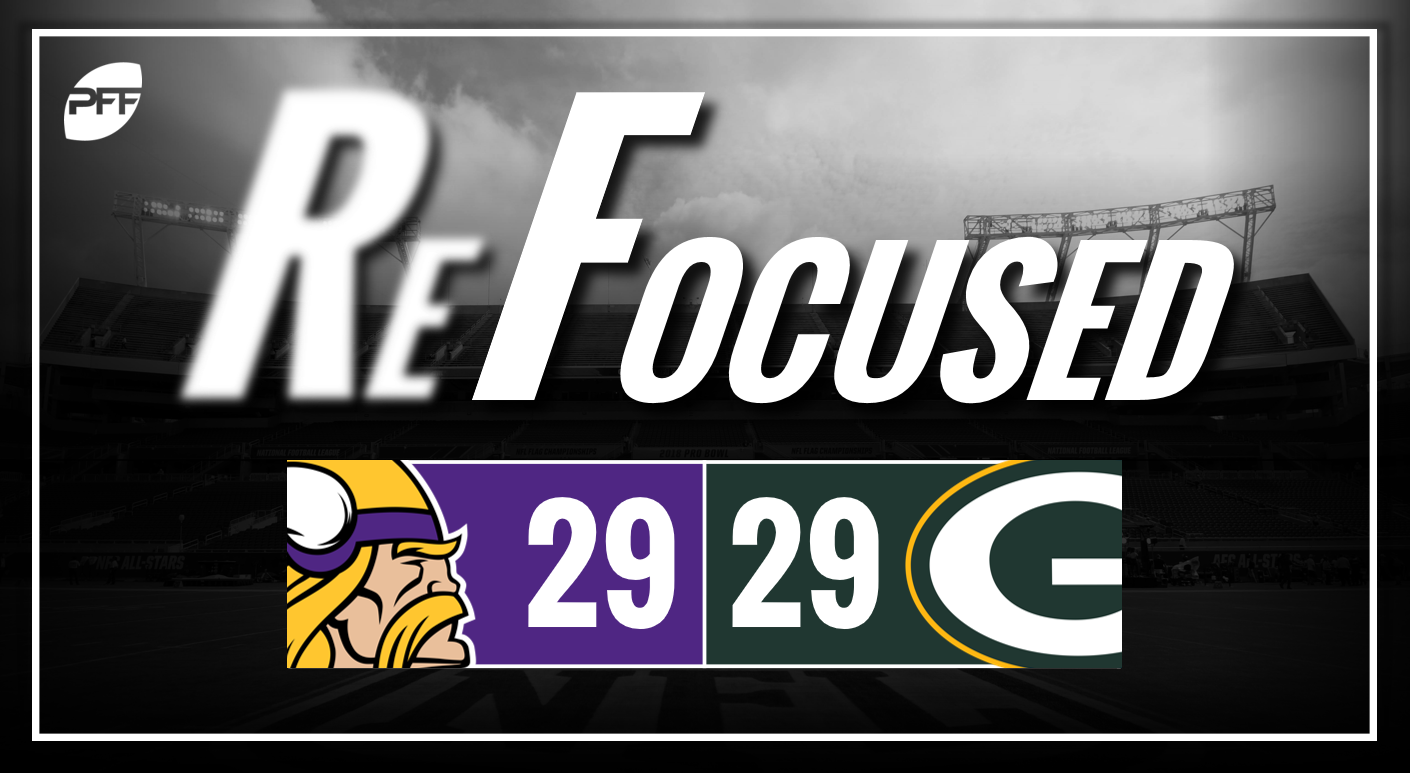 The biggest worry for Green Bay fans coming into this game was the health of quarterback Aaron Rodgers. Rodgers silenced those worries by performing well against a strong Vikings defense. Rodgers' brilliance was shown in the Packers penultimate drive where he threw two perfect balls to wide receiver Davante Adams in the end zone, but one was stripped out of his hands and the other he was unable to haul in.

What enabled Rodgers to be most effective was his protection, most notably on the edge. His tackles, Bryan Bulaga and David Bakhtiari, did a great job slowing down very capable pass rushers in Everson Griffen and Danielle Hunter. On many occasions, Rodgers was able to stand in the pocket for several seconds without being bothered, and it was all the more important with his mobility diminished.

The most effective unit for the Packers defense on the day was the interior linemen. Kenny Clark, Muhammad Wilkerson, and Mike Daniels were all solid up the middle, allowing Minnesota's runners to gain just 68 yards on the ground while averaging less than four yards per tote.

Unfortunately, the interior defensive line was the only semblance of a pass rush that the Packers could muster. Nick Perry and Clay Matthews were ineffective off the edge, with Matthews committing a questionable but costly roughing the passer penalty which changed the game.

These games against tough opponents are why the Vikings dumped Case Keenum for the much more expensive Kirk Cousins. Cousins shined in his divisional debut with a few outstanding throws most notably the touchdown bomb to Stefon Diggs and the pinpoint deep ball to Adam Thielen to come within two points of the Packers late. Cousins only had one turnover-worthy throw, which was nullified on a roughing the passer call, and his one interception bounced off of the hands of wide receiver Laquon Treadwell.

You can't talk about how great Cousins was without mentioning his two biggest receiving threats, Adam Thielen and Stefon Diggs. Both made the aforementioned huge touchdown catches. Diggs also made a great double move to shake cornerback Tramon Williams for the tying two-point conversion. With Laquon Treadwell and Stacy Coley being negatives at the third receiver spot, it was on Diggs and Thielen to carry the Vikings passing attack, and they did just that.

It was a disappointing day for the Vikings defensive line in a key divisional game that will likely have playoff implications. The five sacks are misleading to the amount of pressure that was on Aaron Rodgers throughout the game. On too many occasions Rodgers was comfortable in the pocket without any pass rusher disrupting his timing or rhythm.

While it was not an outstanding effort on the outside, the Vikings held their own in coverage from the outside corner spots. Cornerbacks Trae Waynes and Xavier Rhodes had tough matchups but did not give up much.

Green Bay: No one is surprised by Aaron Rodgers' brilliance anymore, but it sure is fun to watch. Rodgers answered all questions about his health and showed off his superior talent and command of the Packer offense against one of the best defensive units in the league. As long as he is healthy the Packers will be in every game.

Minnesota: Kirk Cousins showed that he definitely elevates the Vikings offense to another level especially with elite talent on the outside in Diggs and Thielen. Cousins showed great command of the offense with a game-tying drive in the fourth quarter and what should have been a game-winning drive in overtime.