The Carolina Panthers defeated the Miami Dolphins on Friday night, 27-20 continuing the second full week of preseason action in the NFL. 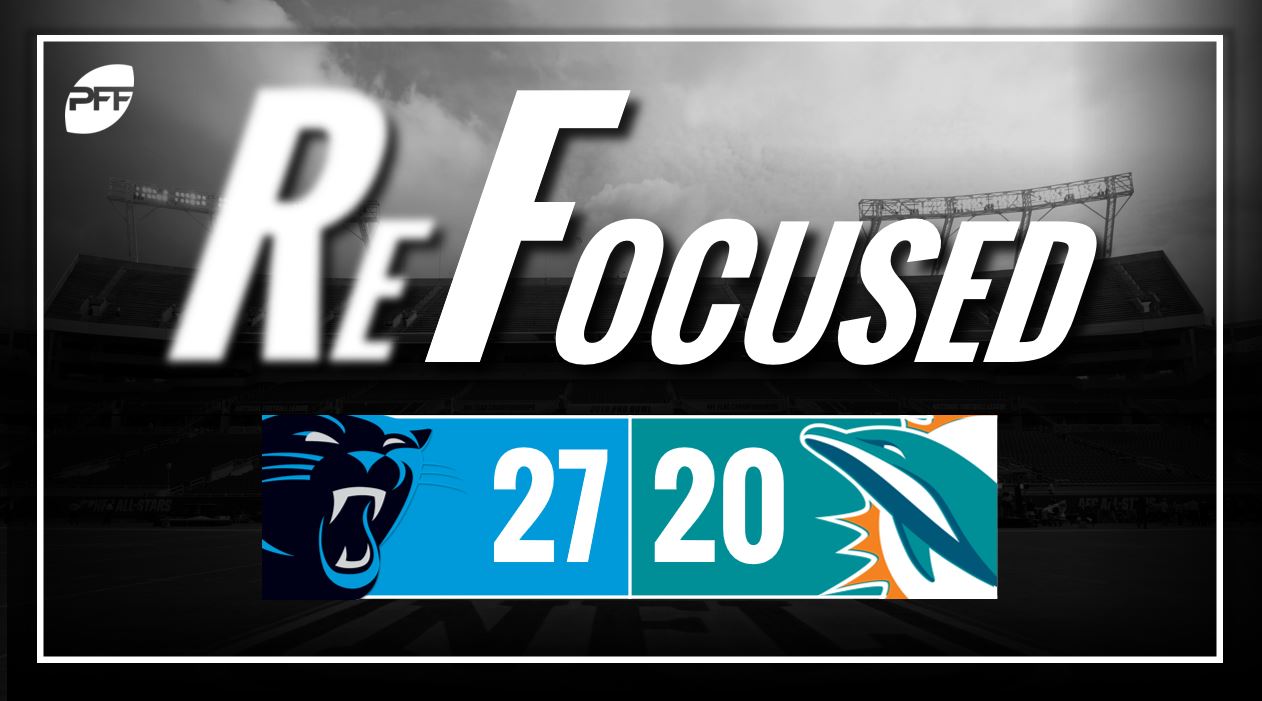 The Dolphins quarterbacks were pretty unspectacular tonight, outside of Bryce Petty‘s nice two-minute drive for a touchdown late. Ryan Tannehill and Brock Osweiler went a combined 24-of-30 for 168 yards, but lacked any kind of big plays. Couple that with David Fales finishing with just one completion, and it's not hard to believe that the Dolphins only points were from four field goals until the final seconds of the game.

Some of the quarterback issues may have stemmed from the offensive line play. Once the starters were taken out, the pass protection broke down fairly consistently. The second and third groups struggled to keep the quarterbacks clean and had issues working against stunts.

Miami's defense had struggle stopping the run whether it was on power plays or draws, the secondary support and linebackers were not on the same page. This caused numerous big running plays for the Panthers and could be concerning if not handled properly. Miami's front-four pass-rush was a bright spot for most of the night, as was Maurice Smith who had numerous run stops and a nice interception as well.

Christian McCaffery looked in midseason form flashing his speed on a 71-yard touchdown run via a well blocked power play early in the game. He showed quickness and power of his own in between the tackles on inside zone runs as well. However, Cam Newton struggled at times including throwing an interception on a coverage misread on a crossing route. To be fair he was also under pressure a bit in the pocket as Carolina's pass-blocking struggled at times with the Miami pass-rush, including several easy wins against Matt Kalil.

Daeshon Hall had a solid game as a pass-rusher and his most important play was when he hit Fales as he threw early in the fourth quarter. That pass ended up behind the receiver and was intercepted. He also executed a textbook stunt late in the first half which ended up allowing Efe Obada to loop free, combining to force a throw away.

Corn Elder played the most snaps on the Panthers defense and was solid the entire game. His outstanding interception early in the fourth quarter was the play that really stood out even though the pass was behind the receiver, he still tipped it up with his left hand and then swatted it back to himself with his right before grabbing the interception. Elder also forced a fumble and shot into the backfield for a tackle for loss in the game.

Miami: Things changed quickly when Fales was hit by Hall as he threw Elder made a spectacular play on the ball to come up with an interception.

Carolina: Miami's inabilty as a defense to properly stop Carolina's running plays was too much to overcome as big runs were numerous for the Panthers..