The Detroit Lions defeated the Tampa Bay Buccaneers on Friday night, 33-30, continuing the third full week of preseason action in the NFL. 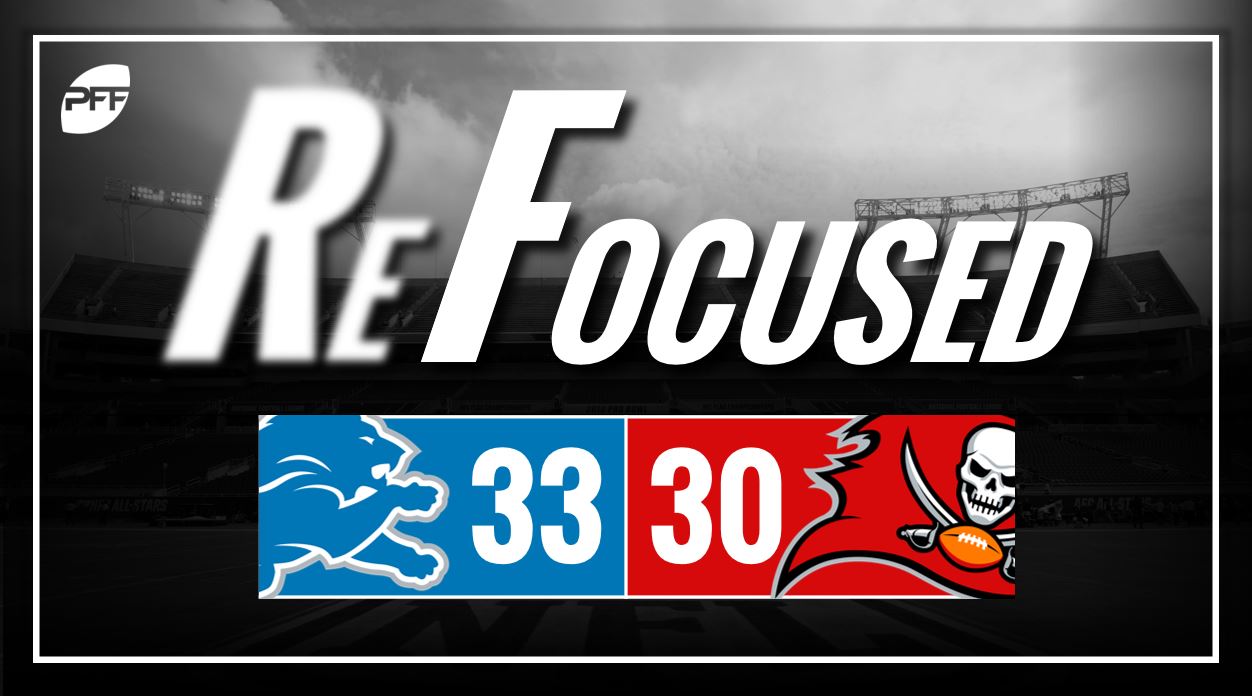 Quarterback Matthew Stafford led the Lions into the red zone twice during his two-plus quarters of play, but he failed to cap off either drive with a touchdown. To be fair, Stafford got little help from his offensive line, as he was under duress on many of his dropbacks. Stafford also endured multiple drops from his receivers.

While all the major headlines will focus on his 80-yard punt return, undrafted rookie Brandon Powell was effective in the passing game as well. Late in the game, Powell was a constant force underneath, making defenders miss, picking up yards after the catch, and moving the sticks.

While much of the Detroit defensive struggles this preseason have rightly focused on the line play, tonight the cornerback play was just plain ugly. Never was it worse than Tampa Bay's first drive of the second half, when Darius Slay gave up two big completions along with a 26-yard pass interference penalty. To cap off the drive, Nevin Lawson (who was picked on throughout the first half) was burned on a stop-and-go to end the drive with a touchdown for the Bucs.

Second-year linebacker Jarrad Davis continues to struggle in all facets of his game. Friday, he missed multiple tackles and struggled to identify zone coverage responsibilities, posting multiple negatively graded plays in both phases.

With the general exception of one drive in the middle of the second quarter, in which Ziggy Ansah recorded multiple pressures, the offensive line provided time and space for the quarterbacks. All three signal-callers for the Bucs had success at the intermediate level, as their consistent accuracy led to a number of big plays.

Mike Evans and the two tight ends are the headliners, but the depth of Tampa Bay's receiving corps right now looks scary. Chris Godwin looks to be every bit the total playmaker he showed in Week 17 last season, and tonight was also a strong night for rookie Justin Watson, who caught a touchdown pass from Jameis Winston. The Bucs have size and athleticism all over the field and look like they will be able to consistently create nightmare matchup problems for opposing defenses this season.

The Buccaneers defense did allow some lengthy drives down the field, but tight coverage was key in keeping the Lions out of the end zone. On the Lions' first scoring chance, cornerback Vernon Hargreaves smothered Golden Tate on a third-down attempt that led to a Lions field goal.

Throughout the night, Lions running backs found gaping holes to run through against the Tampa Bay defense. Theo Riddick scored on a 10-yard scamper, and Ameer Abdullah and Kerryon Johnson also added big runs. Ultimately, the short passing game fueled Detroit's second-half comeback, but it was the big-play allowance on the ground against the Bucs first-string defense that was the most troubling.

Detroit: Matt Cassell and Jake Rudock were both given plenty of time in the pocket during Detroit's second-half comeback, but the Lions first-string offensive line struggled in pass protection.

Tampa Bay: There was no noticeable dropoff in play between the first three Bucs quarterbacks, as each dominated Detroit's secondary.