The Cleveland Browns defeated the Philadelphia Eagles on Thursday night, 5-0 kicking off the third full week of preseason action in the NFL. 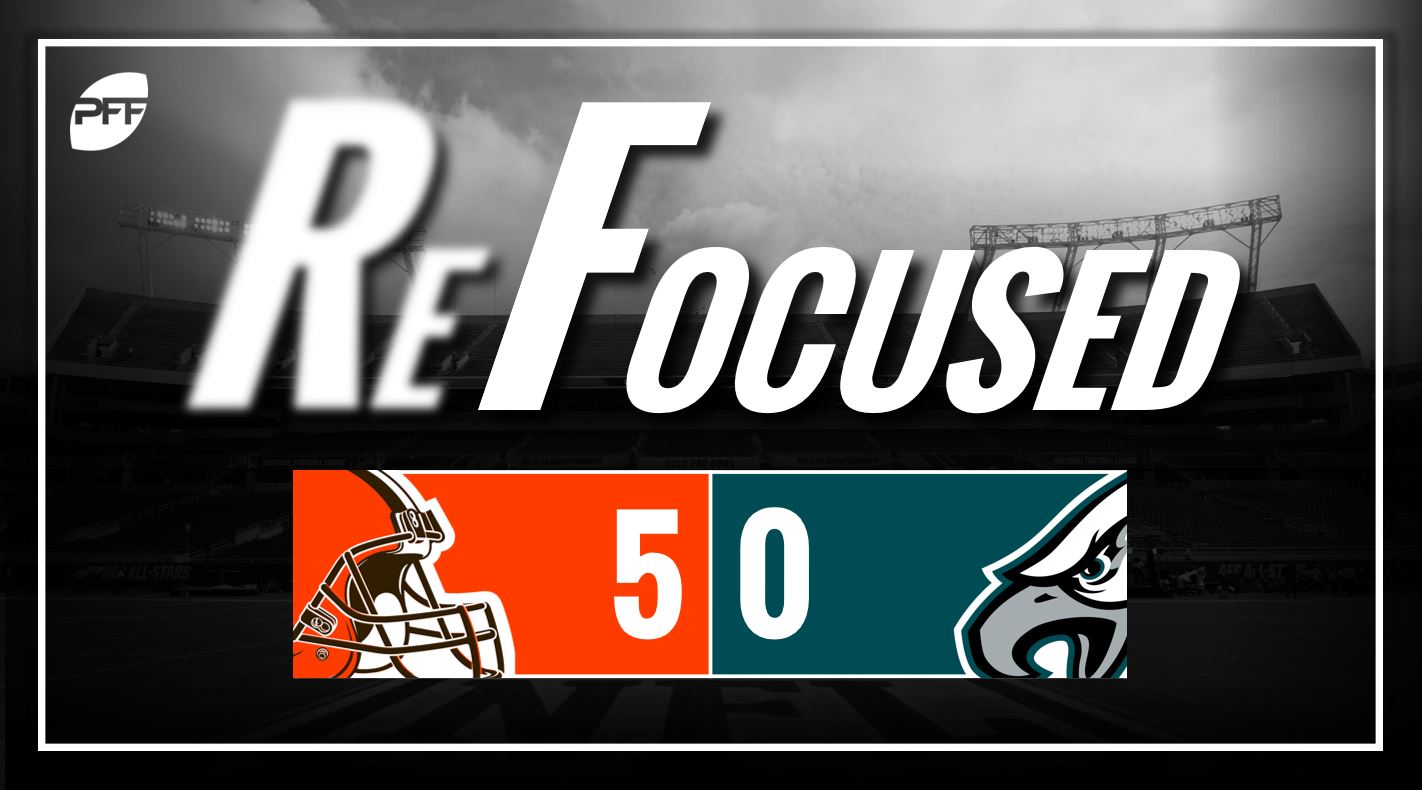 While the Eagles offensive line did not have their best day, center Jason Kelce had a solid effort run-blocking. Kelce pulled in front of multiple successful outside runs, and he had a key block where he took out two defenders, allowing the ball carrier to pick up the first down.

Quarterback Nick Foles was unspectacular against the Browns, playing very conservative and opting for underneath throws and checkdowns. Foles made one extremely poor decision inside the red zone, as he was intercepted by linebacker Jamie Collins.

Veteran Haloti Ngata was a force up front in limited action. Ngata disrupted a number of plays in the backfield forcing ball carriers off their intended track.

Edge defender Derek Barnett had a solid game with some positive pass-rushing plays. Barnett also set the edge well against the run.

Quarterback Baker Mayfield was a bit up and down throughout the game, while frequently under duress. But Mayfield did manage to connect on a few key third down conversions, with one being outside the numbers at the intermediate level and the other a throw into tight coverage on a seam route for a big gain. His lone major mistake came when he tried to force a shallow cross with his intended receiver getting knocked off the route upon release, and so, the pass was intercepted by rookie cornerback Avonte Maddox.

Rookie running back Nick Chubb ran the ball well, breaking off a few solid runs and salvaging some plays for short gains after being disrupted in the backfield.

Edge defender Myles Garrett showed why he was the number one pick in 2017, manhandling left tackle Halapoulivaati Vaitai on the edge. Vaitai had no answer for Garrett, who simply outclassed him at every snap. While quiet against the run, Garrett showed good discipline in filling his assignments and setting the edge.

Defensive lineman Jamie Meder flashed against the run, showing good burst when beating blockers. At one point, he defeated a double team block to make a tackle for a loss on an outside run.

Philadelphia: The key to this game was the Eagles' struggling passing game. Between the red zone turnover and a barely missed connection between Nate Sudfeld and Rashard Davis, the Eagles couldn't capitalize on their few chances to get into the end zone.

Cleveland: With the offense struggling to sustain drives and convert key fourth downs, this win can be clearly chalked up to the defensive effort.