Here are the top five tight end contracts headed into the 2018 NFL season: 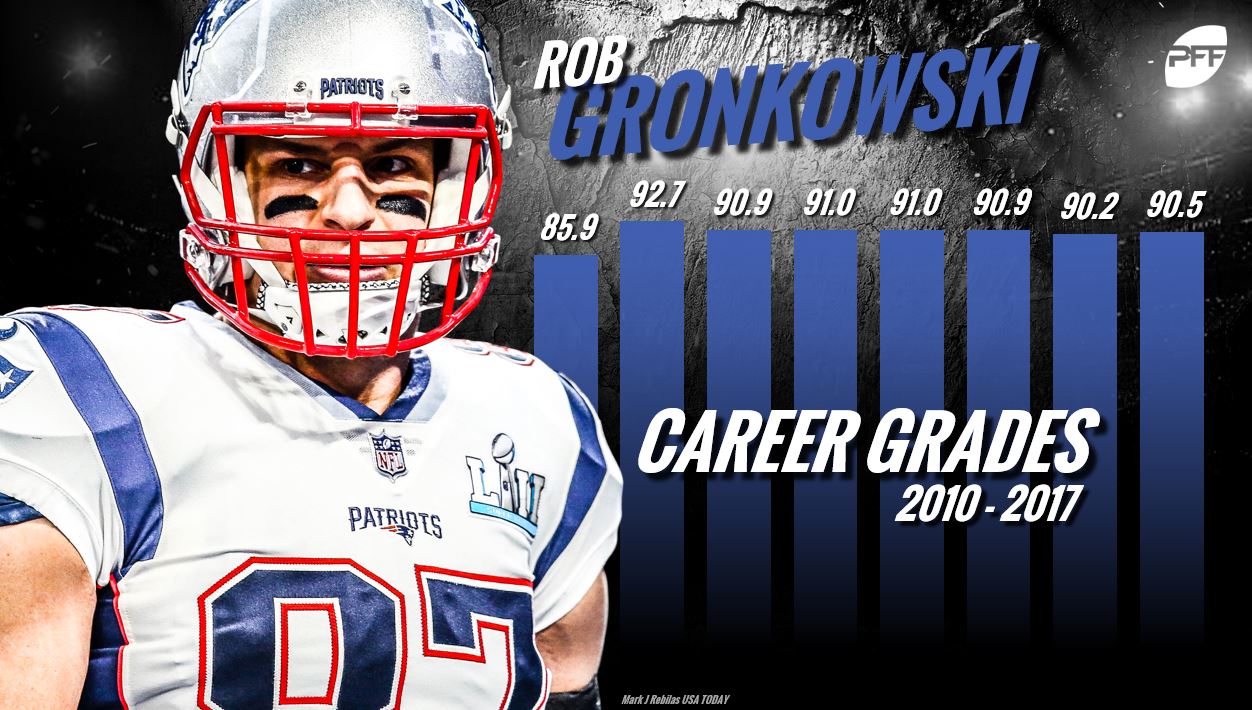 Gronkowski is the most dominant tight end in the NFL, and his Wins Above Replacement level value of 1.81 is a considerable step above the rest of the players at the position. Staying on the field has been the only issue for him, but with just 24 percent of his salary guaranteed, the Patriots are somewhat protected there. Since arriving in the NFL, his rookie season is the only year that he produced a PFF grade of under 90.0 on offense.

Olsen is one of only a few tight ends to have a Wins Above Replacement level value above 1.00 over the past three seasons. An outstanding receiving tight end, Olsen produced a PFF receiving grade of 80.0 or better every season between 2012 and 2016, before injuries limited him last year. In 2016, his yards per route run average of 1.9 was tied for fourth among tight ends who saw at least 50 targets. 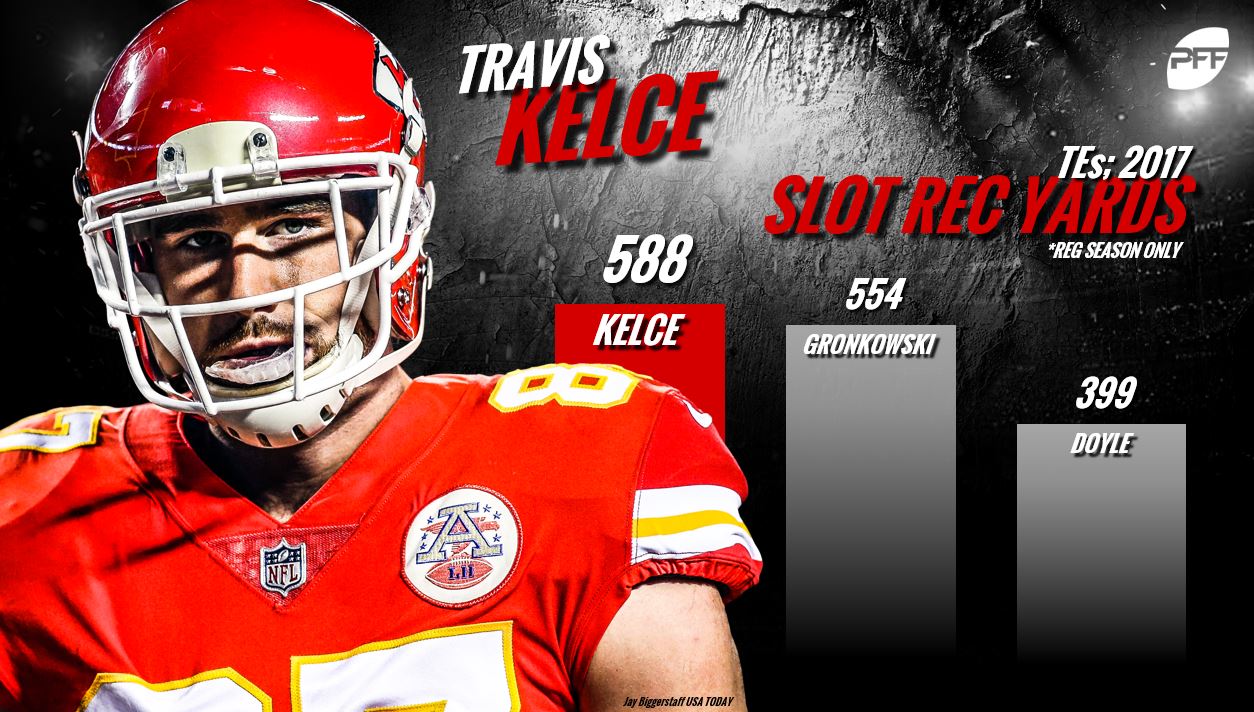 Kelce is another tight end who has produced an average Wins Above Replacement level value above 1.00 over the past three seasons, and he gives the Chiefs solid value with just 23 percent of his contract guaranteed. He led all tight ends in our yards per route run statistic in 2016, and he finished second to Gronkowski at 2.0 in 2017. With the size and skill to be a mismatch weapon in the passing game, Kelce has done damage when lined up in the slot and in line, producing PFF receiving grades of 88.5 and 87.1 over the past two seasons.

The Buccaneers are in great shape at the tight end position with Brate and last year’s first-round draft pick O.J. Howard. Brate was tied for ninth at the position with an average of 1.4 yards per route run last year. An undrafted free agent in 2014, Brate has produced PFF grades of 80.5 and 73.6 on offense over the past two seasons. While the focus will likely be more on Howard in 2018, opposing defenses shouldn’t sleep on Brate when the Buccaneers have the ball considering the impact he has made over the past two seasons.

When healthy, Reed is one of the most dynamic playmakers at the tight end position. He was tied for ninth among tight ends with an average of 1.4 yards per route run in 2017. One of the toughest matchup problems for linebackers and safeties, Reed has produced PFF receiving grades of 87.0 or higher in three of the past five seasons, and if he can stay healthy in 2018, he’ll be the perfect target for Alex Smith in Washington.