Here are the top five edge defender contracts headed into the 2018 NFL season:

Just 27 percent of Bennett’s contract is guaranteed, and if his past level of play is anything to go by, his contract is great value for the defending Super Bowl Champions. He had somewhat of a down year based on his previous play in 2017, producing a pass-rushing productivity rating of just 6.3, which was T-53rd among edge defenders with at least 100 pass-rushing snaps. He was much more impactful in 2016 though, posting a pass-rushing productivity rating of 8.4, T-15th at his position. He should be a good-value signing for the Eagles, however, if he can get back to his 2016 form then we’re talking a great-value signing.

You can make the case that Sheard is the most underrated pass-rusher in the NFL, but if he follows up 2017 with another season at a similar level, people will likely start to take more notice. While he registered just five sacks in 2017, he added to that eight quarterback hits and 54 hurries, totalling a career-high 67 pressures to go along with five batted passes, also a career-high mark. Sheard might not be a big sack-getter, with nine sacks being his highest single-season total, but what he does do is consistently bring pressure. Sheard has recorded at least 40 combined sacks, hits or hurries in each of the past three seasons, tallying 60 or more total pressures in two of his last three seasons. 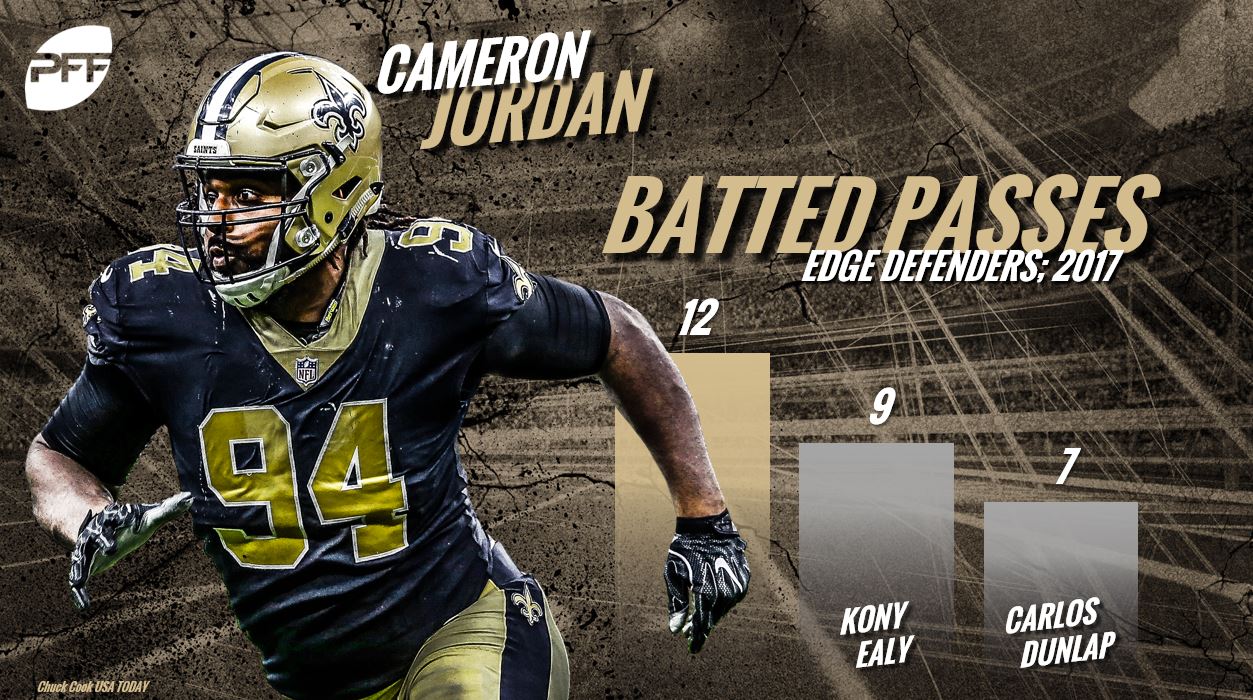 One of the best edge defenders in the NFL, Jordan produced a career year in 2017. Jordan improved his PFF defense grade for the second year in a row – 90.0 in 2016 to a 91.2 last season. In 2017, he posted career bests in multiple facets, including total pressures (88), batted passes (12), and run defense grade (86.7). He finished the year with 41 tackles resulting in a defensive stop. Jordan doesn’t turn 30 until May next year, so there’s a good chance that his 2018 season can at least match what he delivered last year. 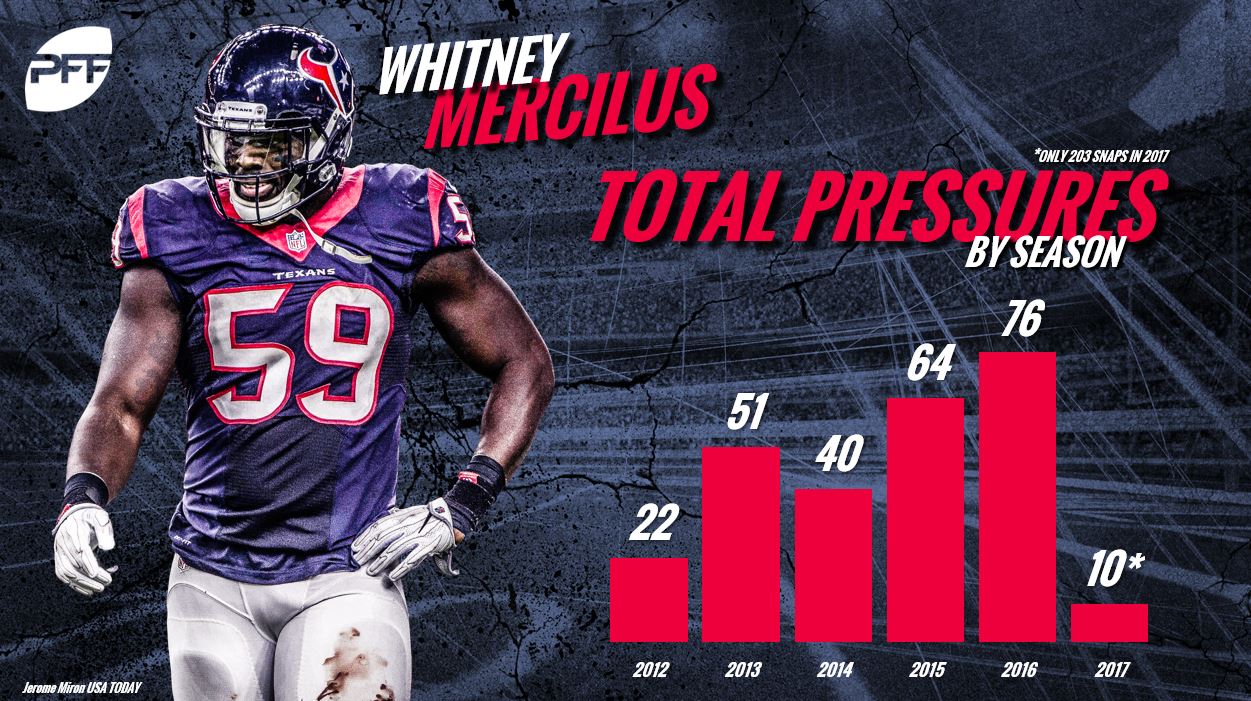 Mercilus missed most of the 2017 season due to injury, but if his play in 2015 and 2016 is anything to go by, the Texans should be happy to have his contract on the books until 2020. He didn’t get his career off to the best start out of Illinois, with three consecutive years having earned a PFF pass-rush grade of 57.8 or lower, but he rebounded with pass-rush grades of 83.5 in each of his last two full seasons. Between 2015 and 2016, he racked up 26 sacks, 24 hits and 90 hurries. This season should be an interesting one, if healthy, as he forms a terrifying trio with J.J. Watt and Jadeveon Clowney.

Campbell only signed his free-agent deal last offseason, but his level of play exceeds that value, producing a Wins Above Replacement score of 1.12 on average over the past three seasons. One of the most impactful defensive linemen in the game, Campbell spent more time on the edge of the defense in Jacksonville last season than he previously had in Arizona. He set career bests in sacks (17) and total pressures (85) in the regular season and playoffs, and he looks set to make a huge impact again in 2018.