Beyond providing data for all 32 NFL teams, PFF also supports network broadcasters with game-preview packets that are used to enhance the in-game experience for fans and viewers. This Seahawks-Lions preview features the same information our broadcast partners use for team research and in-game production.

Seahawks back to ground and pound

Seattle is passing the ball on only 50% of their plays, which is their lowest rate since 2014. 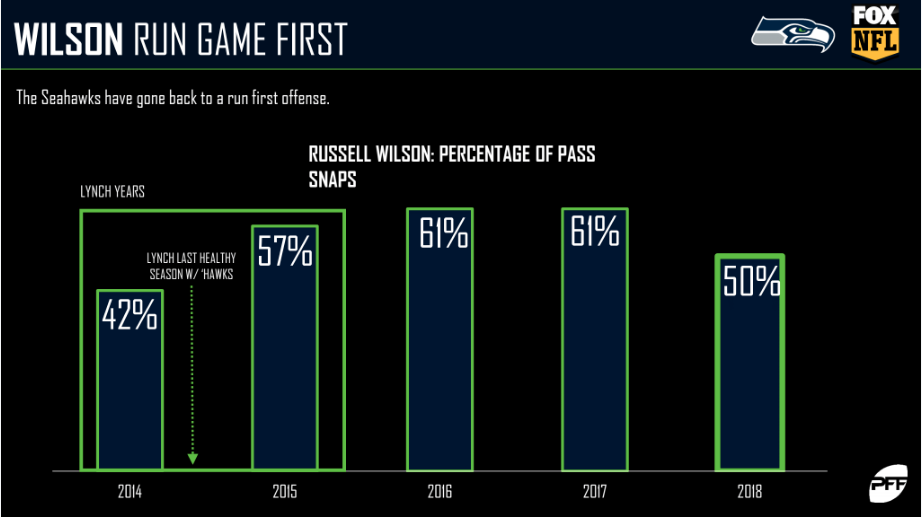 While Russell Wilson is having a bit of a down year, his production with play action has been among the best in the NFL. His 134.9 passer rating when using play action ranks third in the league and is on pace for a career-high. 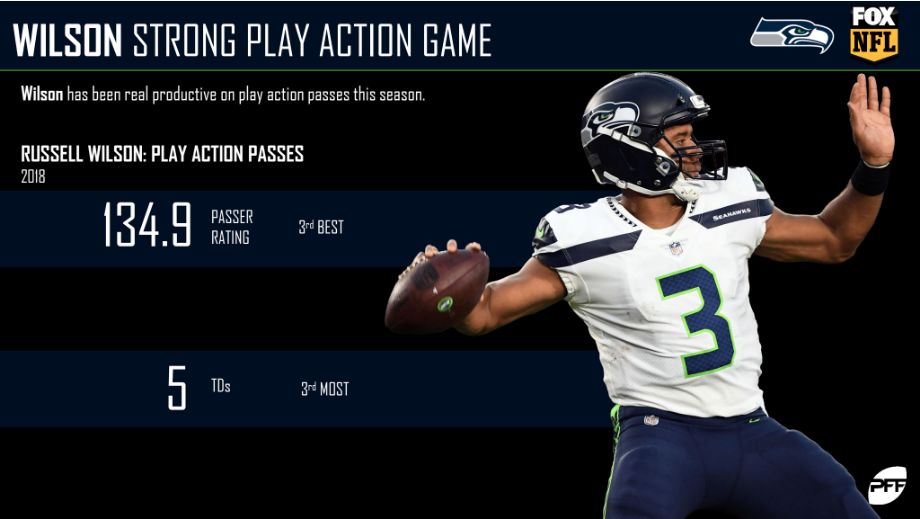 Even with the losses in the secondary, Seattle still boasts one of the best safety tandems in the league in Bradley McDougald and Tedric Thompson, who both rank in the top ten in overall grade this season. 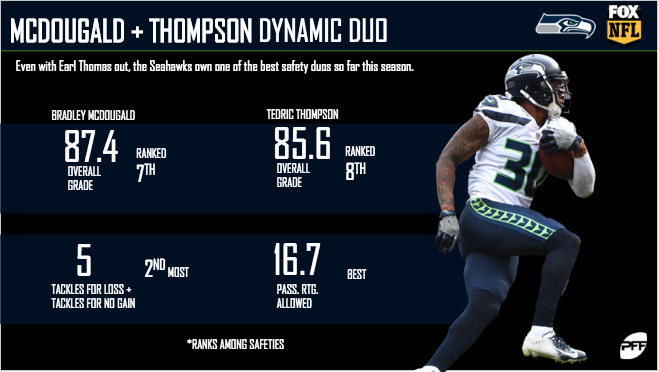 Clark preying on third down

Frank Clark has been enjoying a bounce-back year and has earned an overall grade of 77.2 in 2018, but he has done his most damage on third down this season. His pass rush productivity jumps from 9.7 overall to 33.3 when rushing the passer on third down. 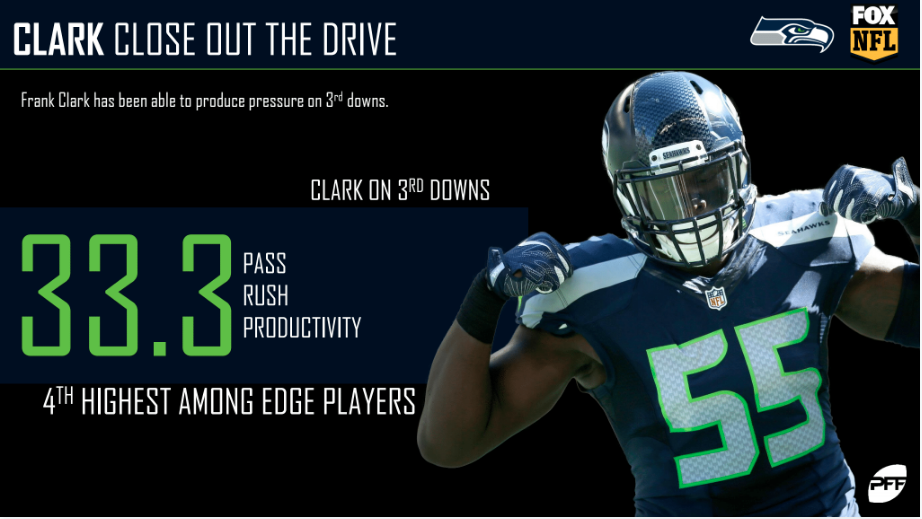 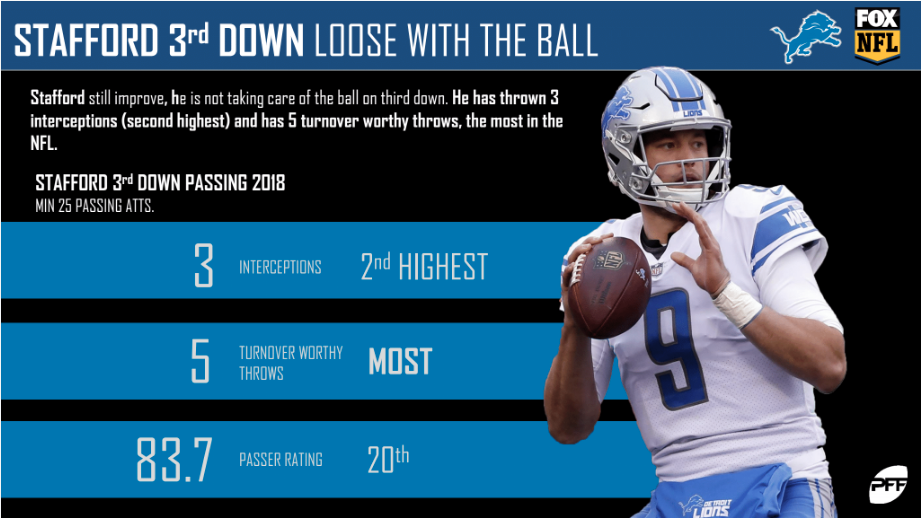 Lions’ success in the slot

The slot position is more important than ever before and the Lions’ 8.85 yards per route run from the slot, third-highest in the league, should strike fear into opposing defenses. 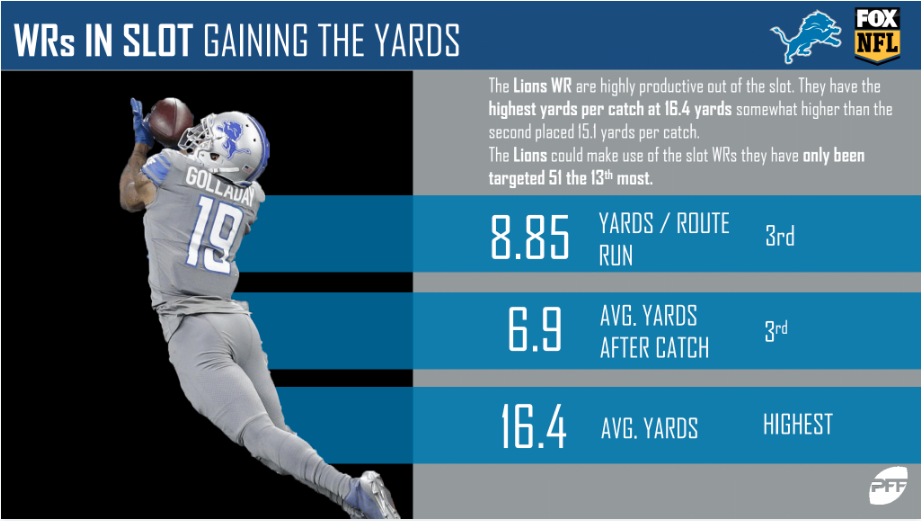 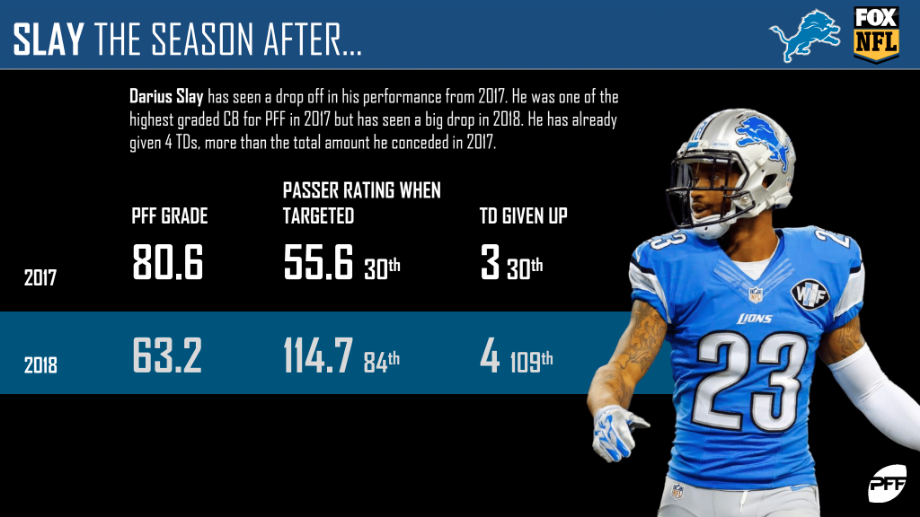 Lions roaring on third down

Even though the Lions defense has had its’ struggles, they have been smothering receivers on third downs this season. Detroit has only allowed 16 first down conversions and has forced an incompletion 19.4% of the time, both of which rank in the among the best in the league. 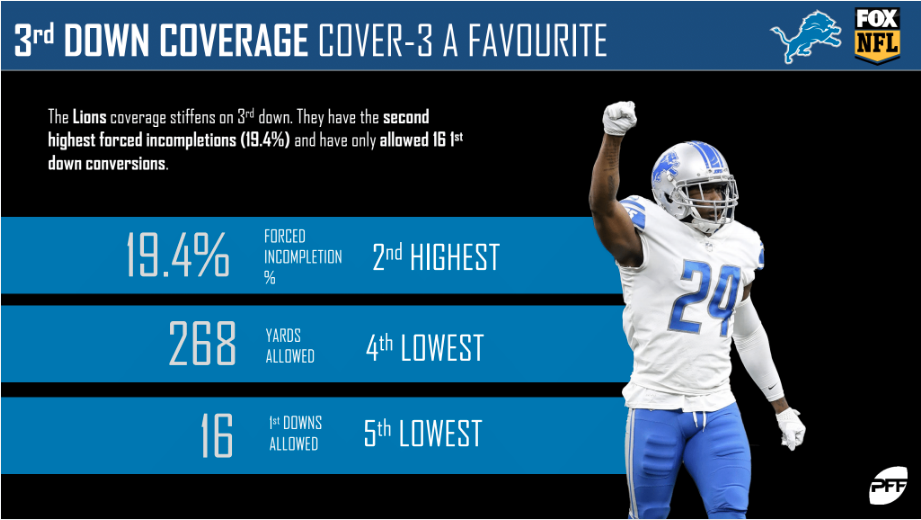 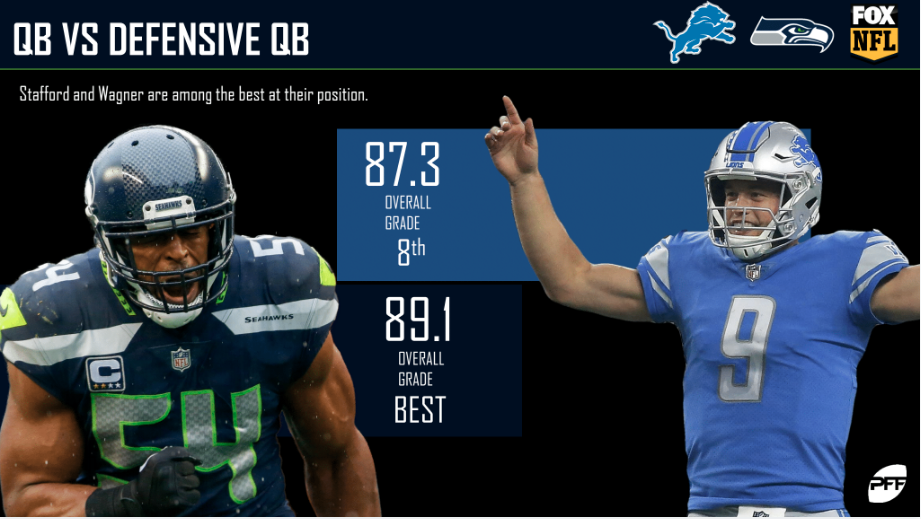 PFF Greenline has projections for the spread, moneyline and over/under of the Seahawks' matchup with the Lions. Get its picks here.