Beyond providing data for all 32 NFL teams, PFF also supports network broadcasters with game-preview packets that are used to enhance the in-game experience for fans and viewers. This Raiders-Chargers preview features the same information our broadcast partners use for team research and in-game production.

Running back Marshawn Lynch is currently leading the NFL in avoided tackles with 22. He and the Raiders are PFF's fifth-ranked rushing attack and will face off against PFF's 29th ranked run defense in the Chargers come Sunday.

Getting the ball in tight end Jared Cook‘s hands has been an emphasis for the Raiders offense through three weeks. Cook currently has more targets than any other tight end (34) and has piled up the league's most receiving yards (370) among players at the position. Last week against the 49ers, the Chargers allowed the longest touchdown of the season to a tight end for 82 yards. 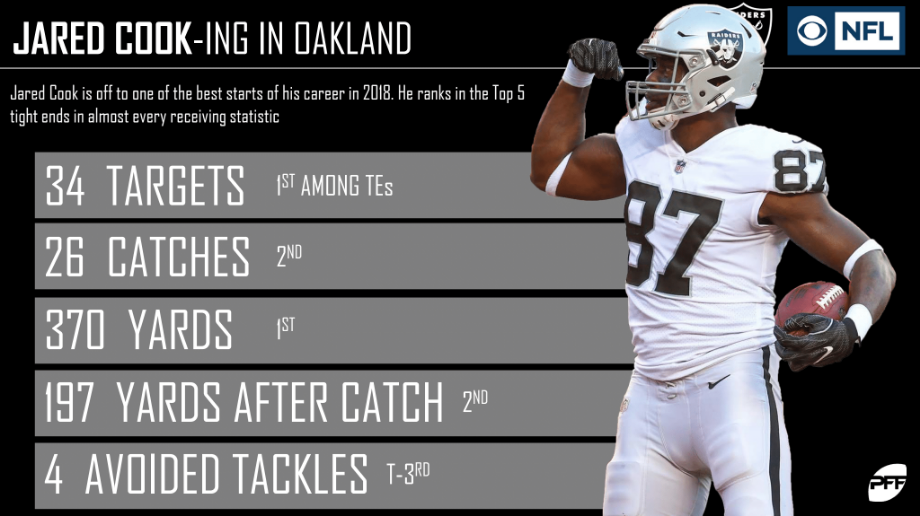 The Raiders will look to generate more quarterback pressures when they face PFF's 30th ranked pass-blocking unit in the Chargers. They have currently generated pressure on a league-low 23.0 percent of passing plays, which is far below the 36.2% league average. 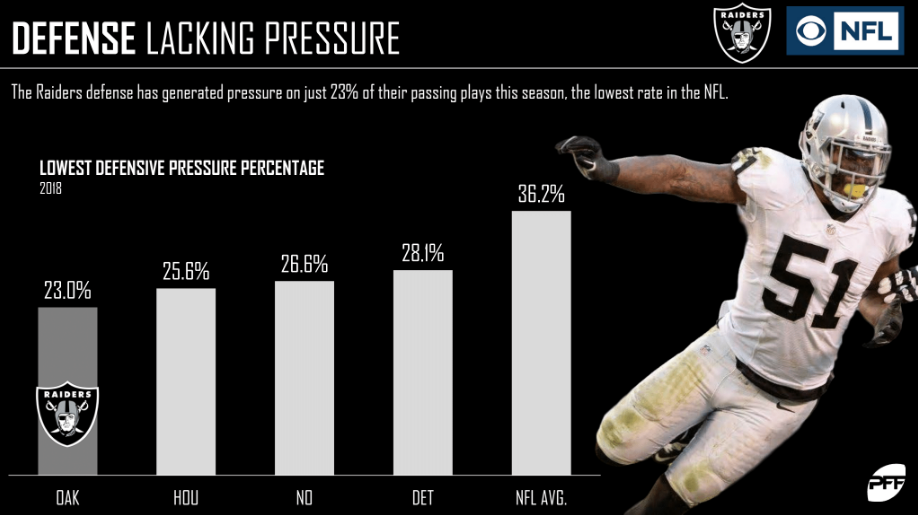 Raiders linebackers not holding up in coverage 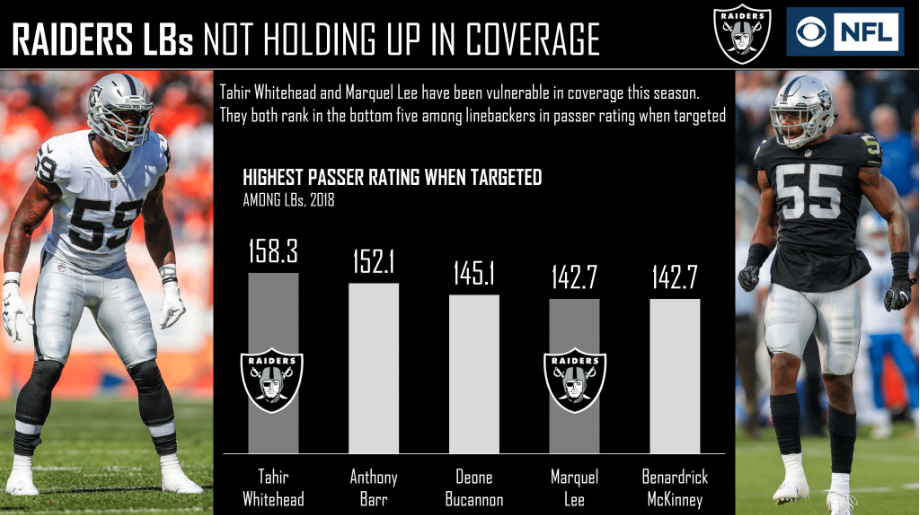 Running back Austin Ekeler is currently PFF's highest-graded running back (91.2), and he is doing the majority of his damage in the passing game. Ekeler ranks first in yards per route run at 3.40 and is second in passer rating when targeted at 154.8. 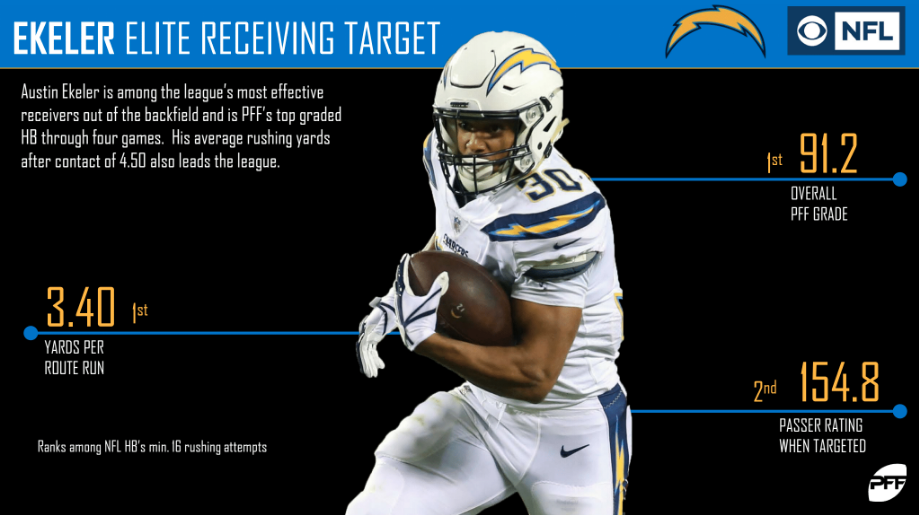 Second-year wide receiver Mike Williams is looking the guy the Chargers drafted seventh overall in 2017. After an injury-plagued rookie season, Williams is currently generating a passer rating of 150.5, which ranks sixth among receivers so far this year. 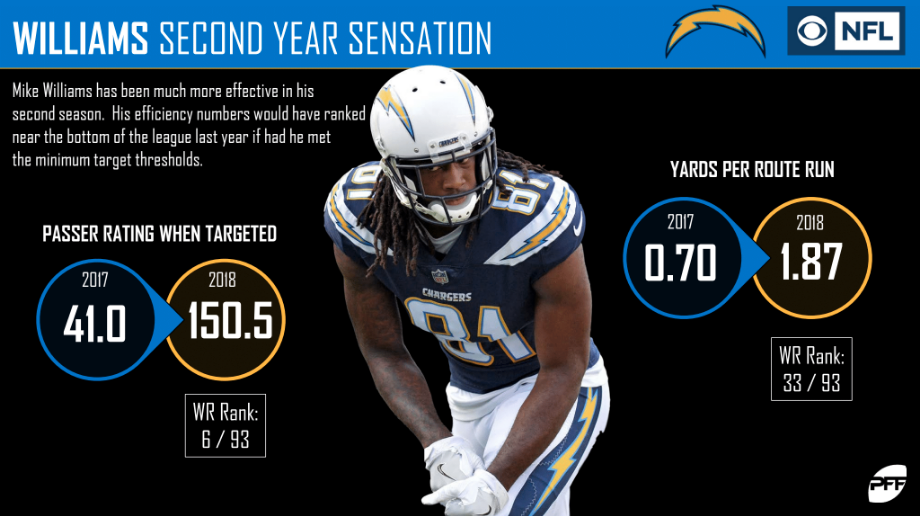 Though his average number of quarterback pressures per game has dropped, edge defender Melvin Ingram is still ranked at the top of his position in pressures generated with 16. He will look to add to that when he faces PFF's 23rd ranked pass-blocking unit in the Raiders. 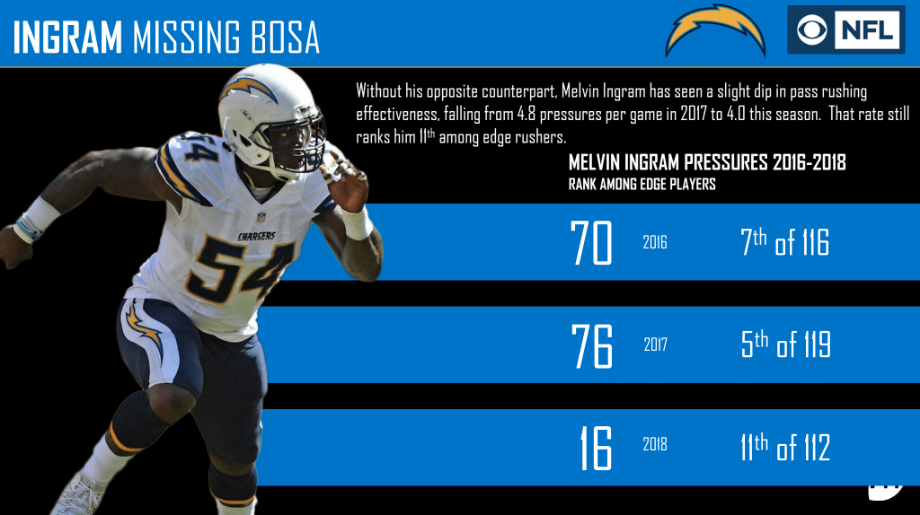 James is everything we thought he was

After falling into their laps in the draft, rookie safety Derwin James has been sensational. He currently leads all safeties with nine quarterback pressures and has allowed an impressive 46.6 passer rating into his coverage (10th best). His 87.9 overall grade ranks sixth among all safeties and is first among rookie safeties. 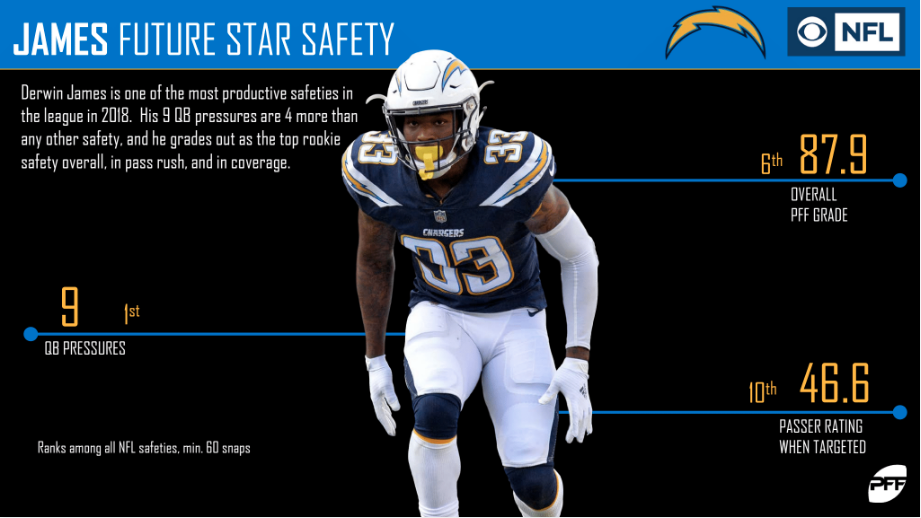 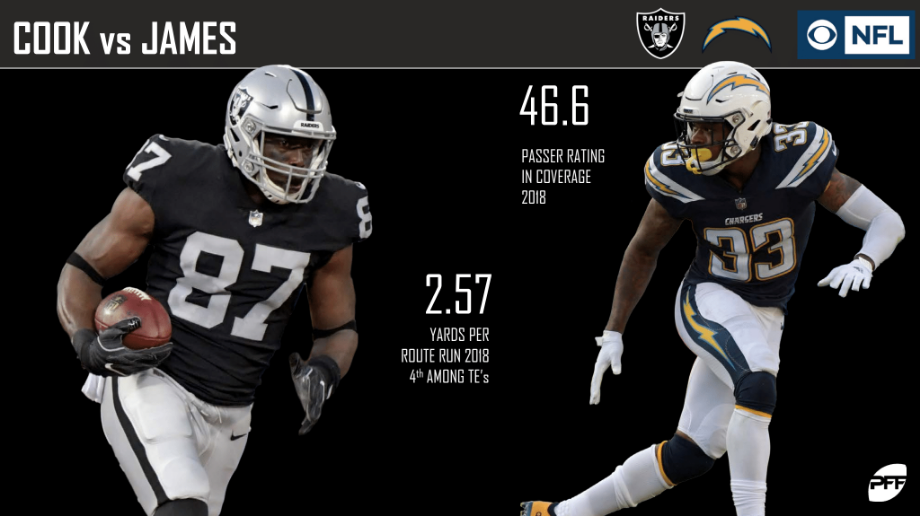 PFF Greenline has projections for the spread, moneyline and over/under of the Chargers' matchup with the Raiders. Get its picks here.