Beyond providing data for all 32 NFL teams, PFF also supports network broadcasters with game-preview packets that are used to enhance the in-game experience for fans and viewers. This Jaguars-Chiefs preview features the same information our broadcast partners use for team research and in-game production. 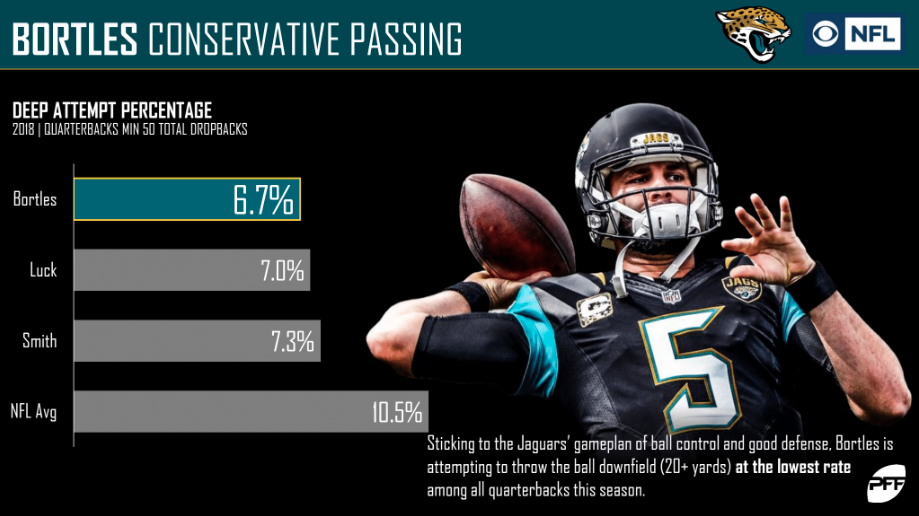 Bortles has been finding success underneath, specifically on passes to Dede Westbrook on crossing routes. 52% of Westbrooks's targets have come from crossing routes, the highest rate in the league. 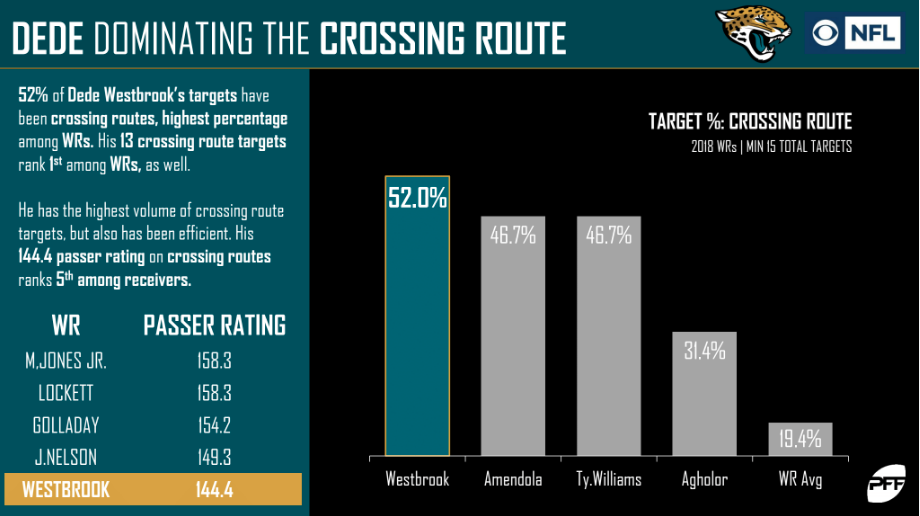 While the Jags have been effective in shutting down opposing pass offenses, a weakness that could be exploited by Kareem Hunt is the Jaguars' inability to shut down inside zone running plays. After finishing 2017 in the middle of the pack, the Jaguars have regressed to being the sixth-worst team at stopping inside zone plays, allowing 5.19 yards per attempt. 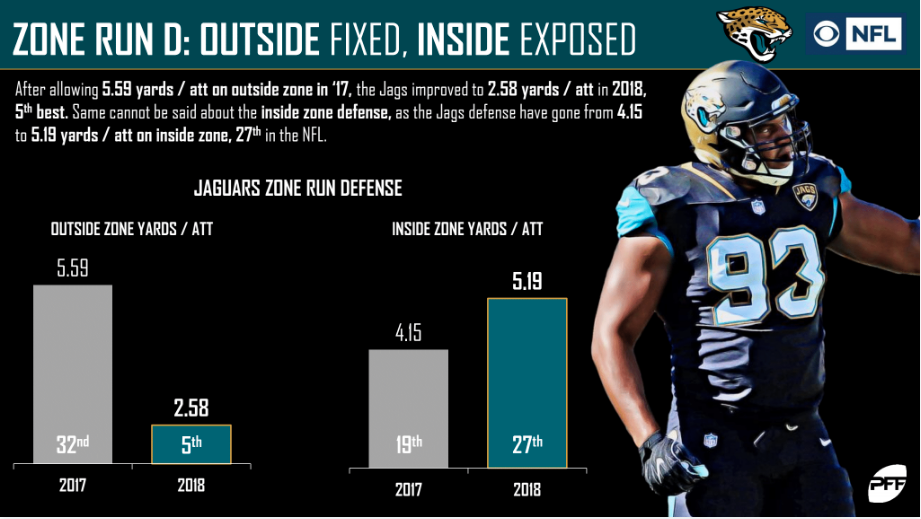 The matchup of the week involves the dynamic Kansas City offense and the shutdown cornerbacks of the Jacksonville defense. Tyreek Hill and company will have a hard time getting open against the Jaguars' defense that has allowed opposing quarterbacks a passer rating of only 86.5 when they've been targeted in off-man coverage. 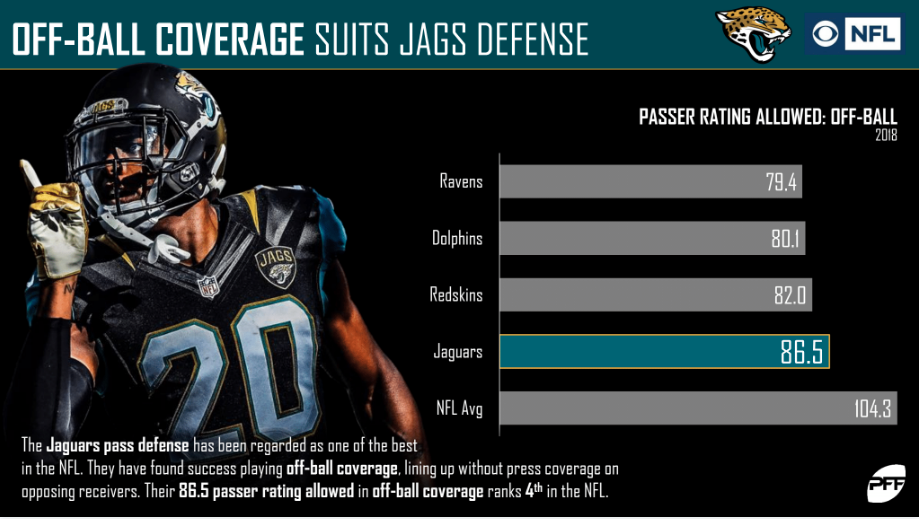 Mahomes needs to get it out quick

So far in 2018, Patrick Mahomes has found tremendous success on quick passes, throwing for a passer rating of 143.9 after holding the ball for 2.5 seconds or less. 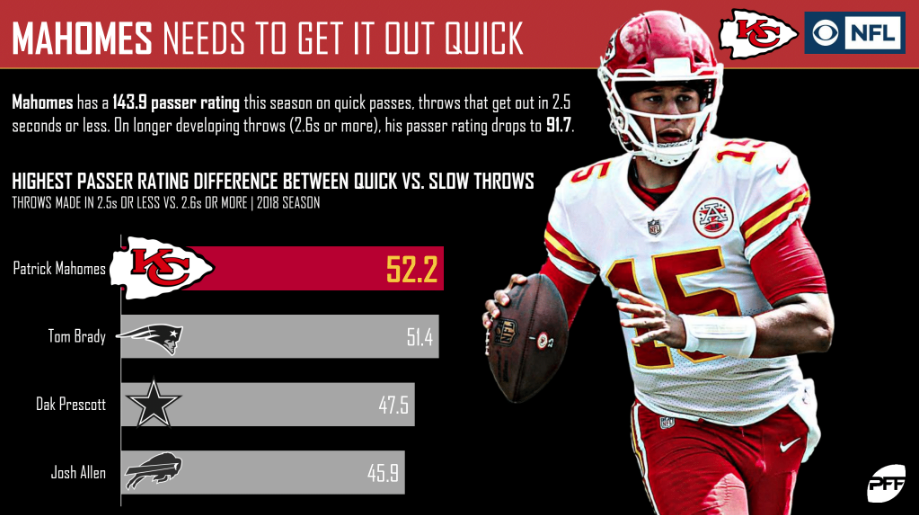 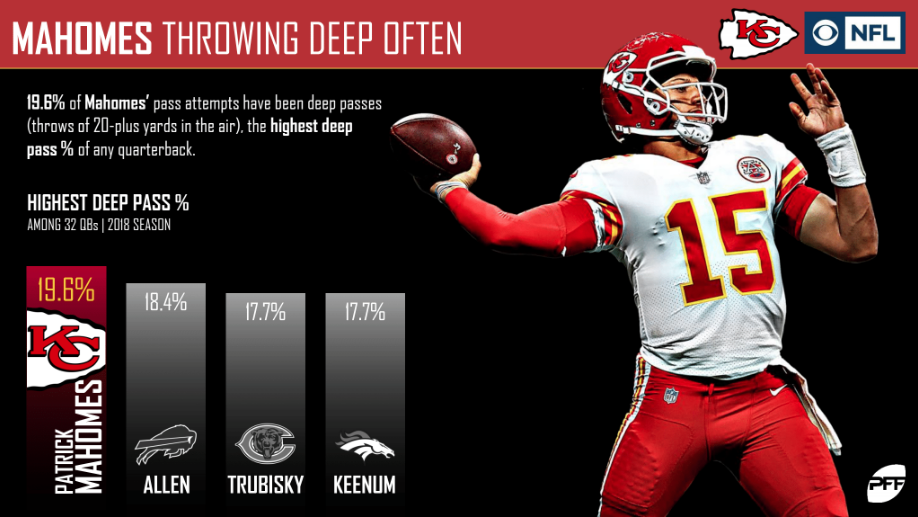 The inability to take players down after the catch has been a glaring weakness of the Chiefs' defense so far this season. Through four games, the team has combined to miss 32 tackles on passing plays – the most among NFL defenses. 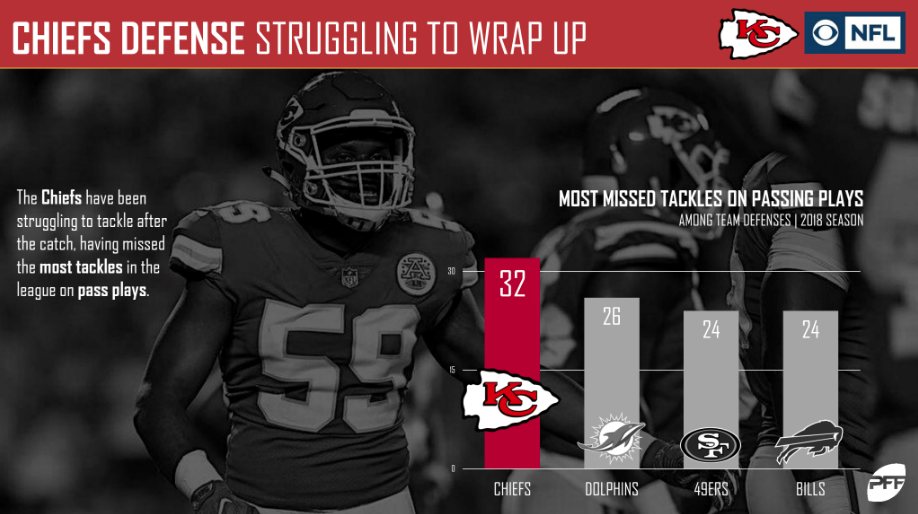 Ford is having a career year 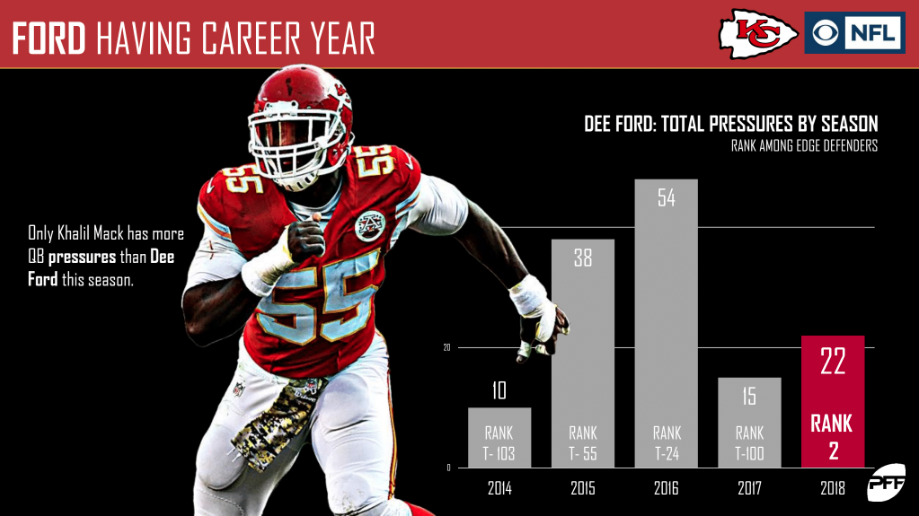