Beyond providing data for all 32 NFL teams, PFF also supports network broadcasters with game-preview packets that are used to enhance the in-game experience for fans and viewers. This Buccaneers-Bears preview features the same information our broadcast partners use for team research and in-game production.

Tampa Bay boasts a receiver trio that is all performing at an impressive level. Desean Jackson, Mike Evans, and Chris Godwin are each among PFF's top five highest-graded wide receivers, with Desean Jackson’s 91.4 grade at number one overall. 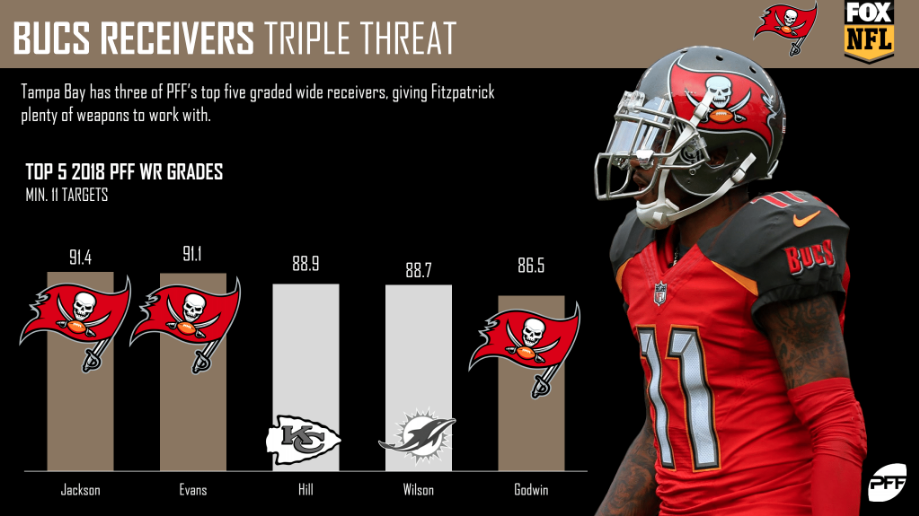 O.J. Howard has taken a sizeable step forward in his second year. He currently grades out as PFF’s top tight end, and his 3.31 yards per route run ranks first among players at the position. 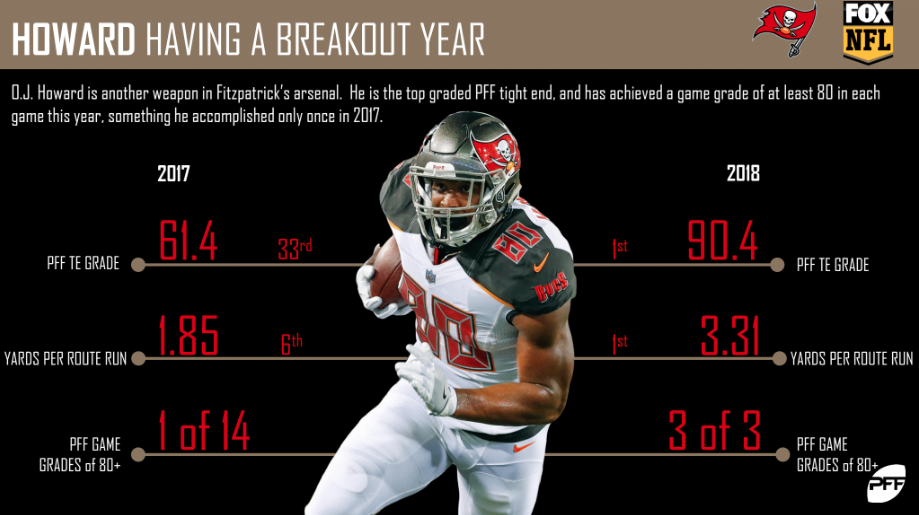 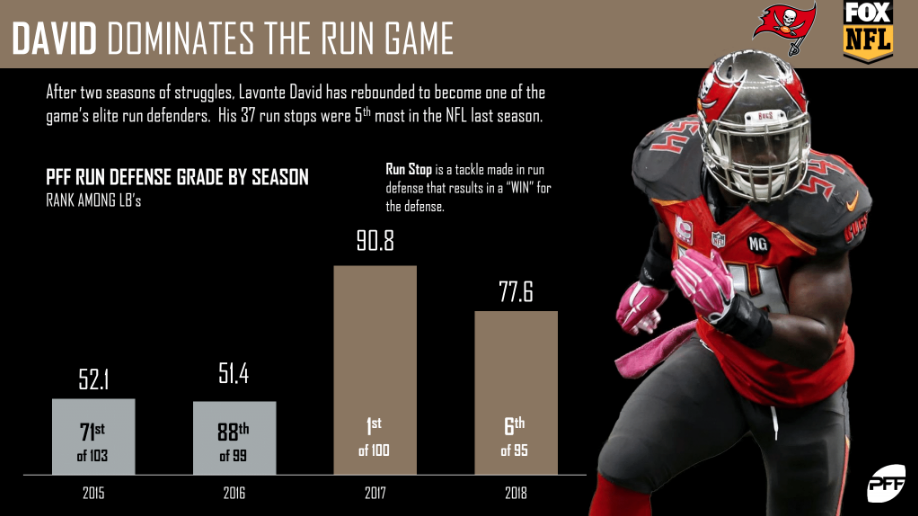 Mitchell Trubisky has struggled when it counts the most this season. He has a grade of 41.0 on third downs, ranking 32nd, and his passer rating of 81.6 on third down ranks 17th. He will have to make the plays when it counts to keep up with the Bucs' high-octane offense. 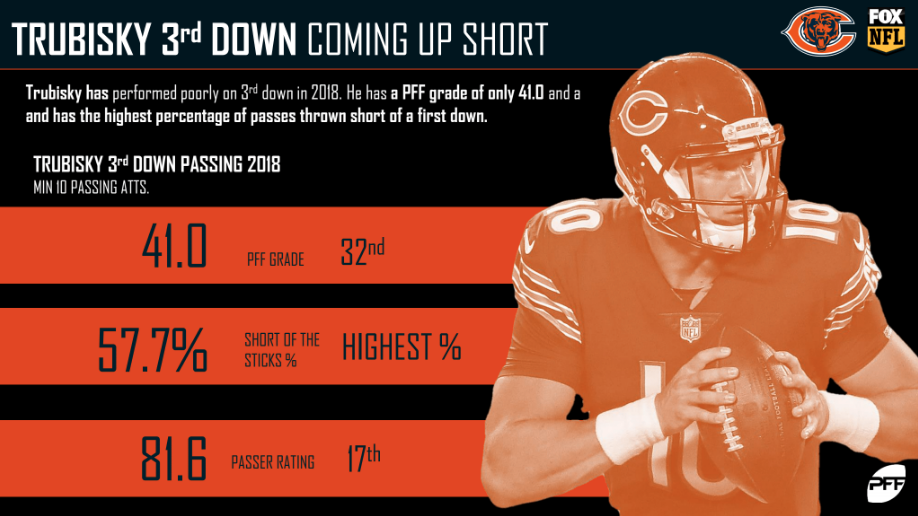 Jordan Howard is off to a great start in 2018. He currently has a rushing grade of 77.3, which is more than 10 points higher than his 2017 mark and ranks fourth among running backs this season. His elusive rating and yards after contact have also slightly improved compared to last season. 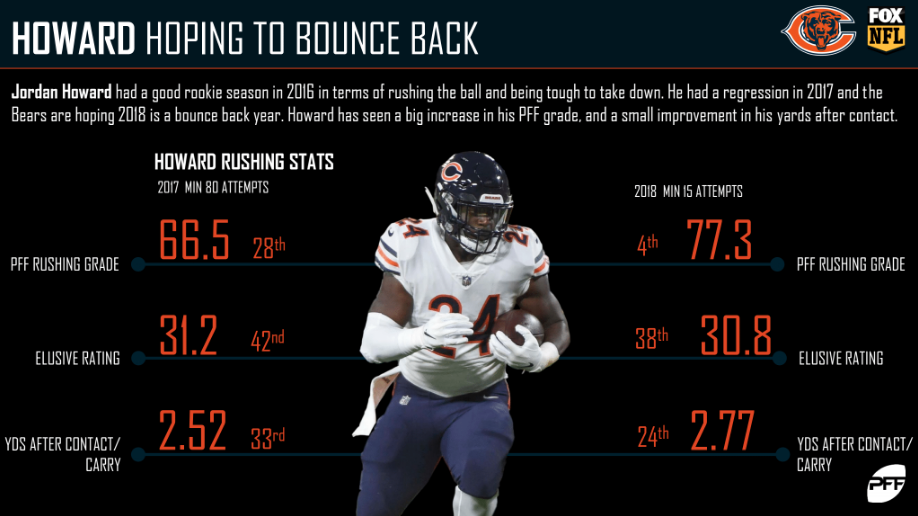 Shutting down the run

Chicago's defense as a whole looks completely rejuvenated ever since Mack came to town. The defense has swarmed the ball on run plays, as they currently tackle the ball-carrier at an average of 2.87 yards past the line of scrimmage, ranking second in the league. 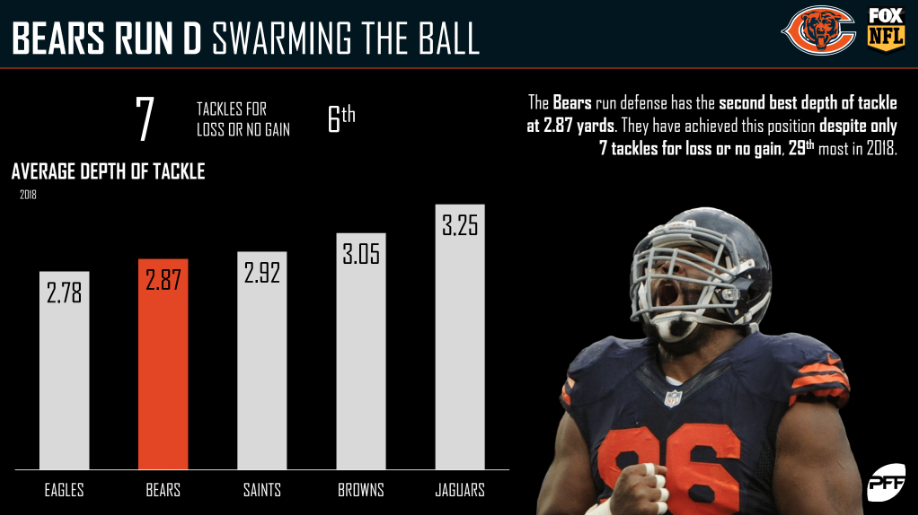 Callahan's shining in the slot

Bryce Callahan has been excellent in the slot for the past few years, consistently finishing among the league-leaders in yards allowed per slot coverage snap. This season, Callahan is allowing 0.49 yards per cover snap, ranking sixth among cornerbacks. He will have one of his toughest tests this week against Fitzmagic and the Bucs. 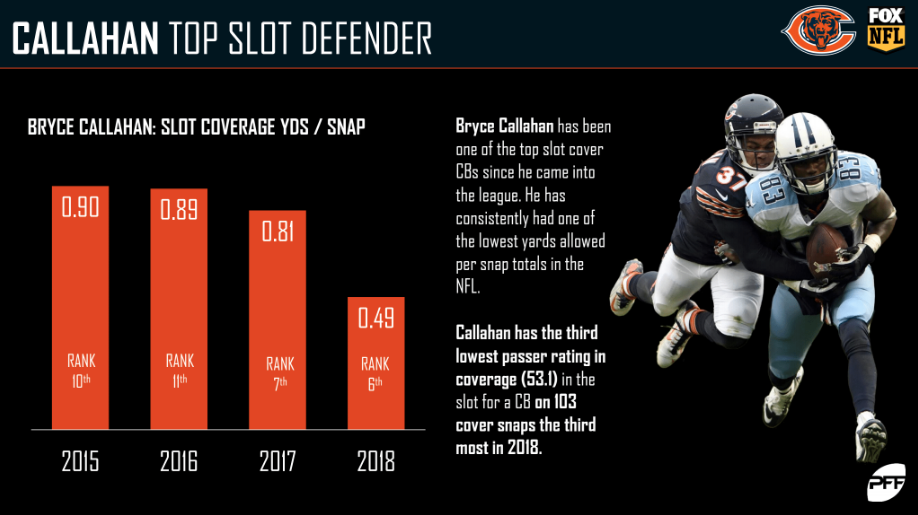 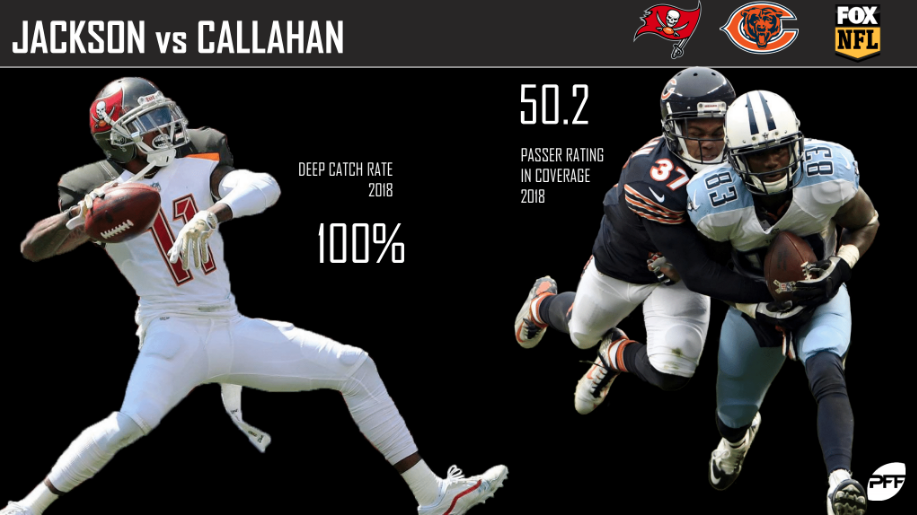 PFF Greenline has projections for the spread, moneyline and over/under of the Tampa Bay Buccaneers' matchup with the Chicago Bears. Get its picks here.