Beyond providing data for all 32 NFL teams, PFF also supports network broadcasters with game-preview packets that are used to enhance the in-game experience for fans and viewers. This Vikings-Bears preview features the same information our broadcast partners use for team research and in-game production.

Watch out for the deep ball

Kirk Cousins has been incredibly efficient on his deep passes this year. The matchup between the Vikings' strong deep passing attack and the Bears' stout secondary will be a fascinating matchup to watch. 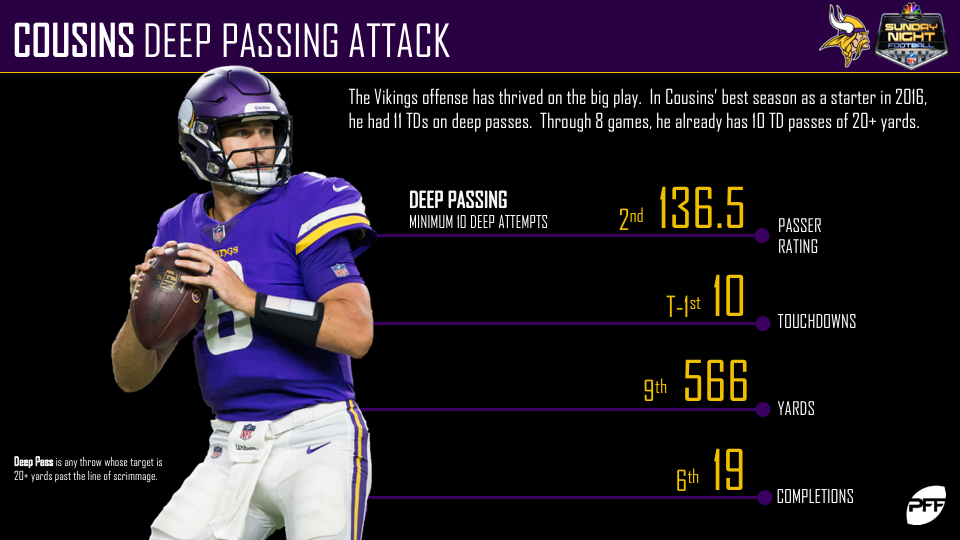 Wide receiver Adam Thielen has been Cousins' favorite target so far this year. He leads the team in targets (102), receptions (78), yards (947) and touchdowns (seven), while he also ranks 10th among all receivers with an average of 2.43 yards per route run. If Thielen is unable to go on Sunday night, someone else will have to step up.

Anthony Barr has been one of the most productive linebackers in the NFL this year. His 81.6 run defense grade ranks fifth among players at the position, while his 22.7 coverage snaps per reception allowed ranks second. 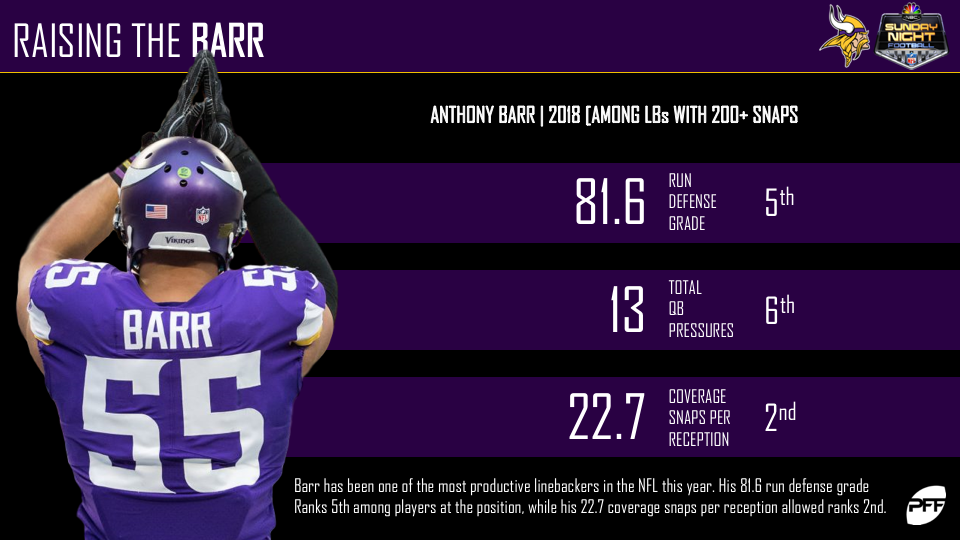 Danielle Hunter is making his presence felt in 2018. Through 10 weeks, he's produced 41 total quarterback pressures – the fourth-most among edge defenders. He'll look to keep it going against a very good offensive line.

When the first read isn't there

Mitchell Trubisky has struggled when his first read has been taken away. The Vikings defense will look to capitalize on this. 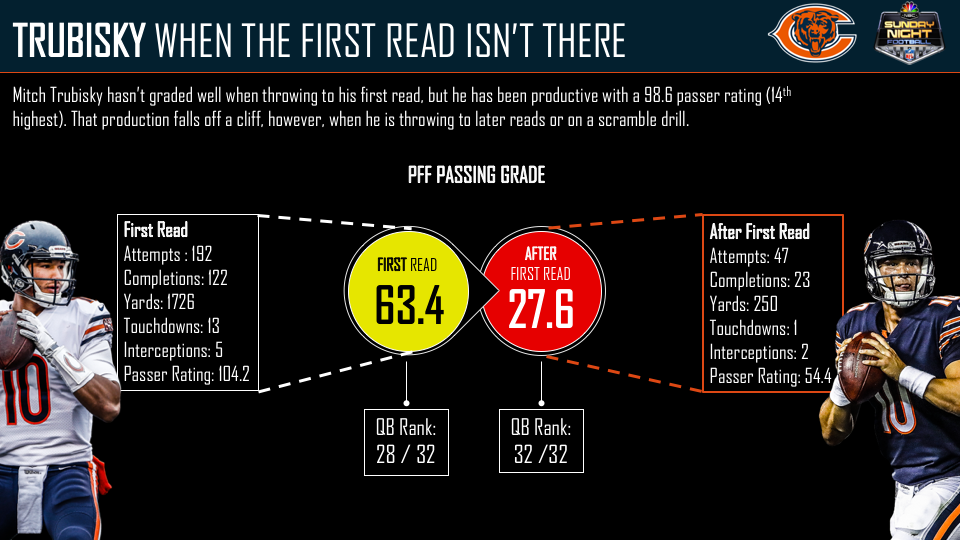 Burton doing damage from the slot

Tight end Trey Burton has done damage from the slot this year. He's caught 10-of-13 targets for 207 yards and a touchdown from an inside alignment and ranks ninth among tight ends with an average of 1.64 yards per slot route run.

Mack trying to get back to early season form

Khalil Mack got off to a blazing start to his career with the Bears, but injuries have hampered him over recent weeks. He'll look to get back to form against a sub-par offensive line. 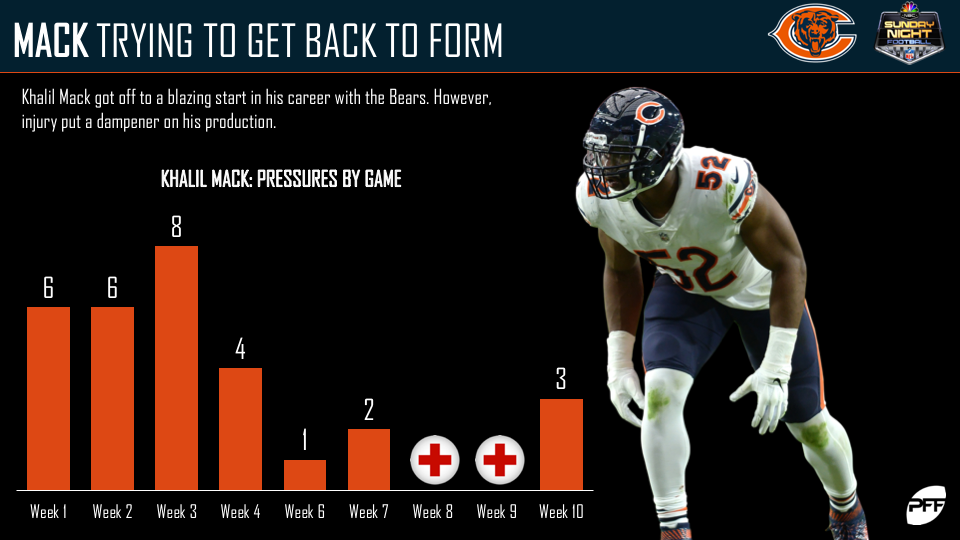 The Bears' defense is currently the highest-graded unit in the NFL. Collectively, they have allowed a passer rating of just 87.1 – the best mark among teams. They'll be eager to shut down the Vikings' passing attack on Sunday night.

PFF Greenline has projections for the spread, moneyline and over/under of the Vikings' matchup with the Bears. Get its picks here.