Beyond providing data for all 32 NFL teams, PFF also supports network broadcasters with game-preview packets that are used to enhance the in-game experience for fans and viewers. This Jaguars-Colts preview features the same information our broadcast partners use for team research and in-game production.

The Colts secondary, who play a zone coverage 78.6% of the time, will present a challenge for Blake Bortles, who has a passer rating of just 83.3 against zone coverage. 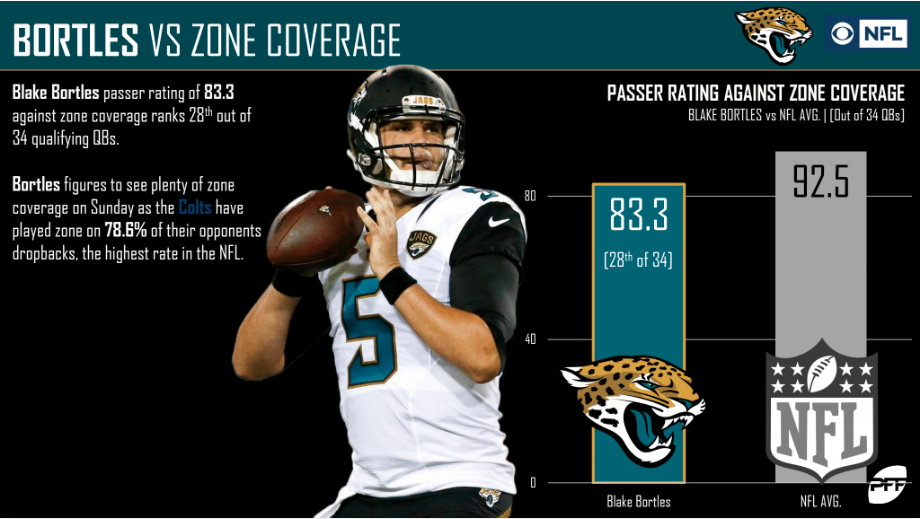 No motions for the Jags

The Jaguars offense has only used pre-snap shifts or motions on 16.3% of offensive plays. 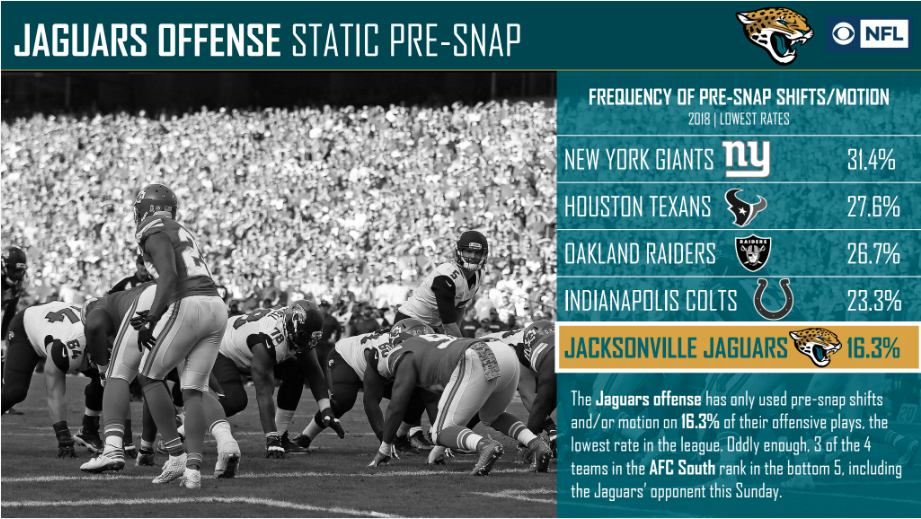 The Jacksonville secondary has seemingly gone from elite to average over the past calendar year. 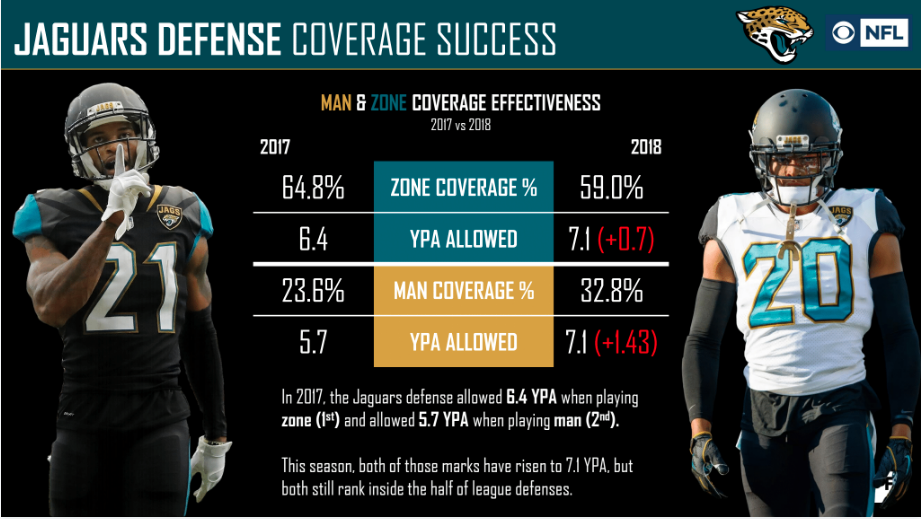 Yannick Ngakoue has been a force for Jacksonville so far this year. 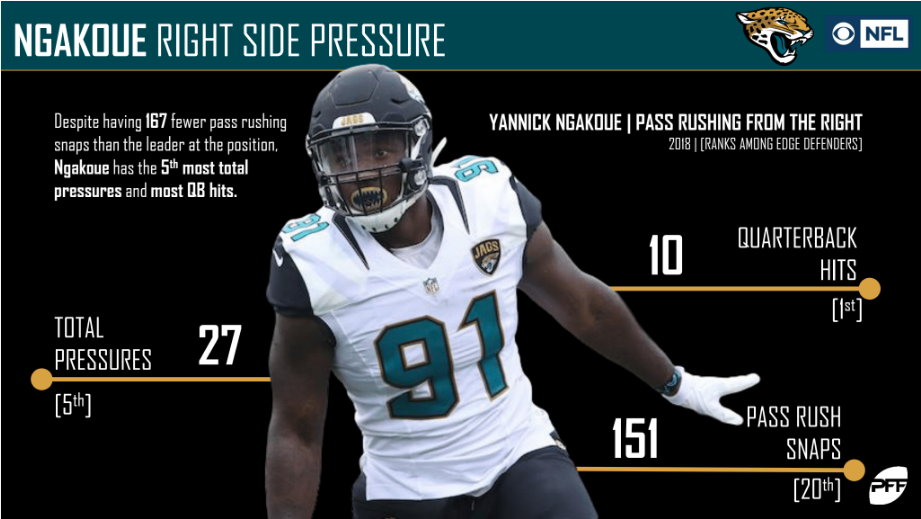 After three weeks, many fans rightly questioned whether Andrew Luck, who ranked last in average depth of target, was truly at full health. All worries have faded now, however, as Luck has thrown for over 8 yards per target since. 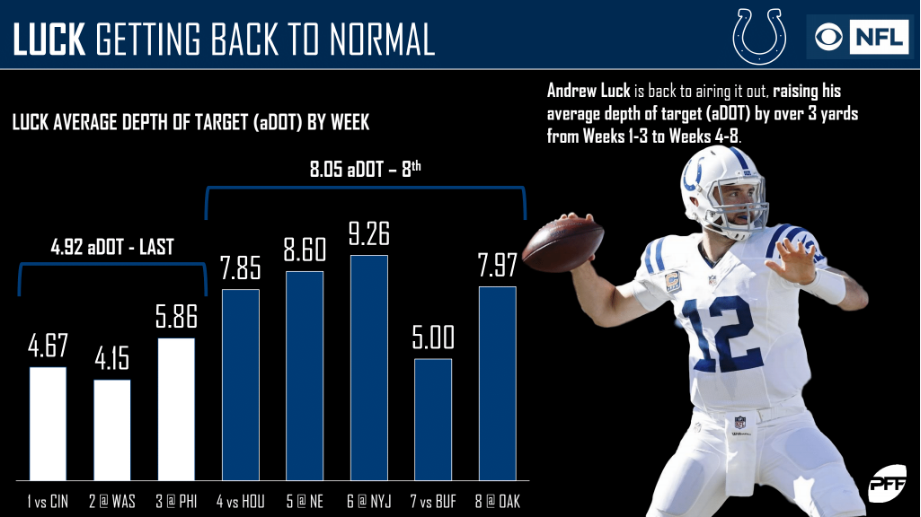 The transition to the aerial attack

It is no coincidence that upon the return of Andrew Luck, the Colts have chosen to pass the ball more in critical situations. 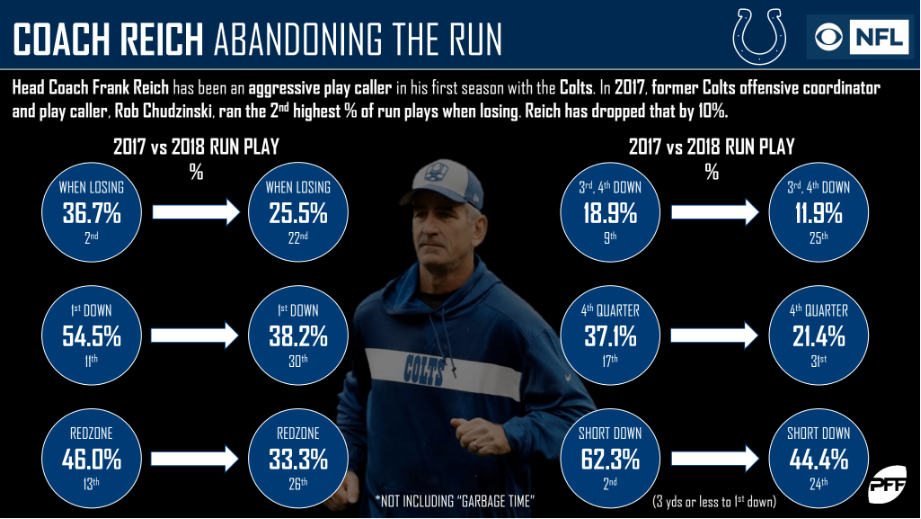 The boom and the bust of the Colts' run defense

The Colts defense has been boom-or-bust when facing the run this year. 27.2% of their run plays have resulted in a loss or no gain. On the other hand, they have allowed breakaway runs on 8.4% of their run defense plays, which is the league's third-highest rate. 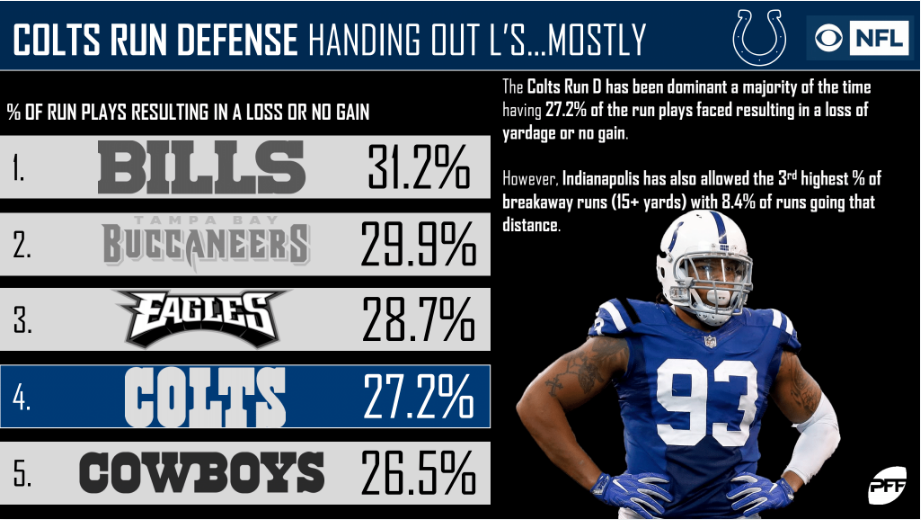 Over the past four games, the Colts have blitzed on just 7.9% of their defensive plays, the lowest mark in the league. Consequently, they have averaged just 10.3 pressures per game over that span. 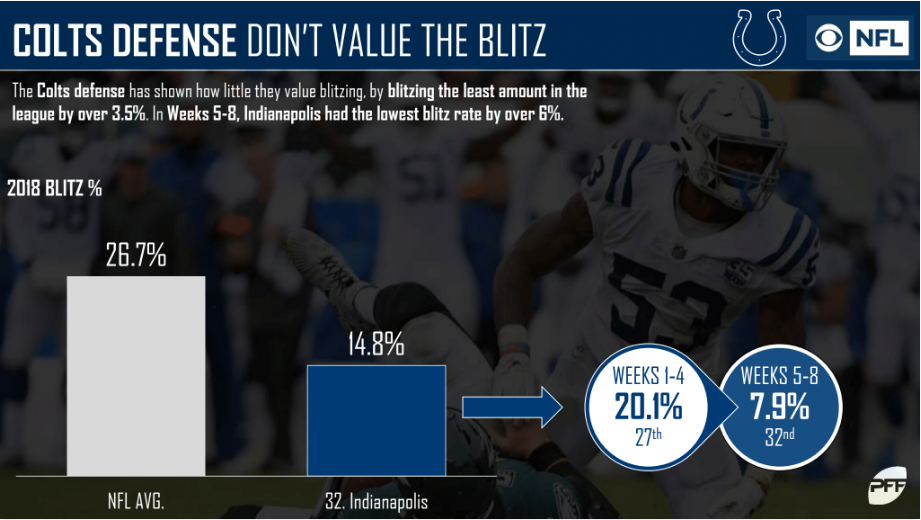 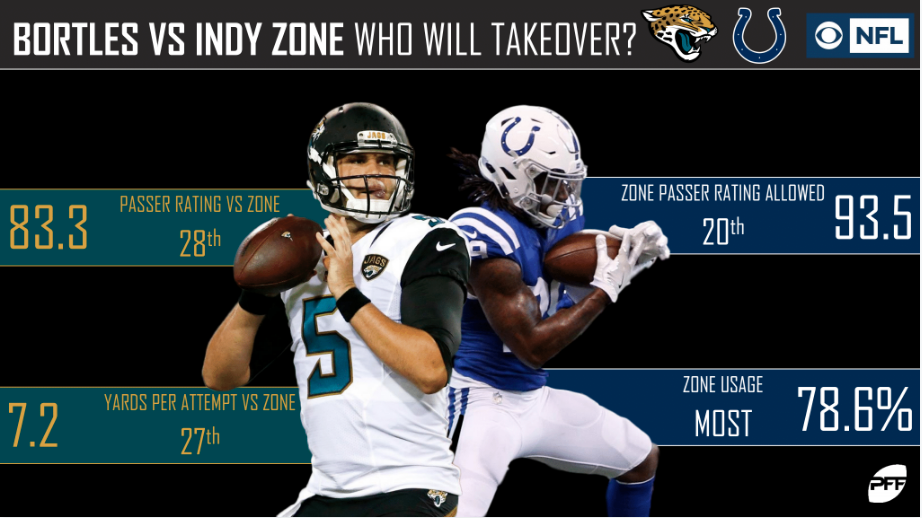 PFF Greenline has projections for the spread, moneyline and over/under of the Jaguars' matchup with the Colts. Get its picks here.