A sophomore standout; a breakout receiving threat; a red-zone weapon – the running list of nicknames is not lacking for Los Angeles Chargers’ wide receiver Mike Williams following his spectacular 2018 campaign. The second-year player earned an 81.8 grade which tied for 16th among qualifying receivers, and he ranked ahead of notable players such as Stefon Diggs and Antonio Brown. 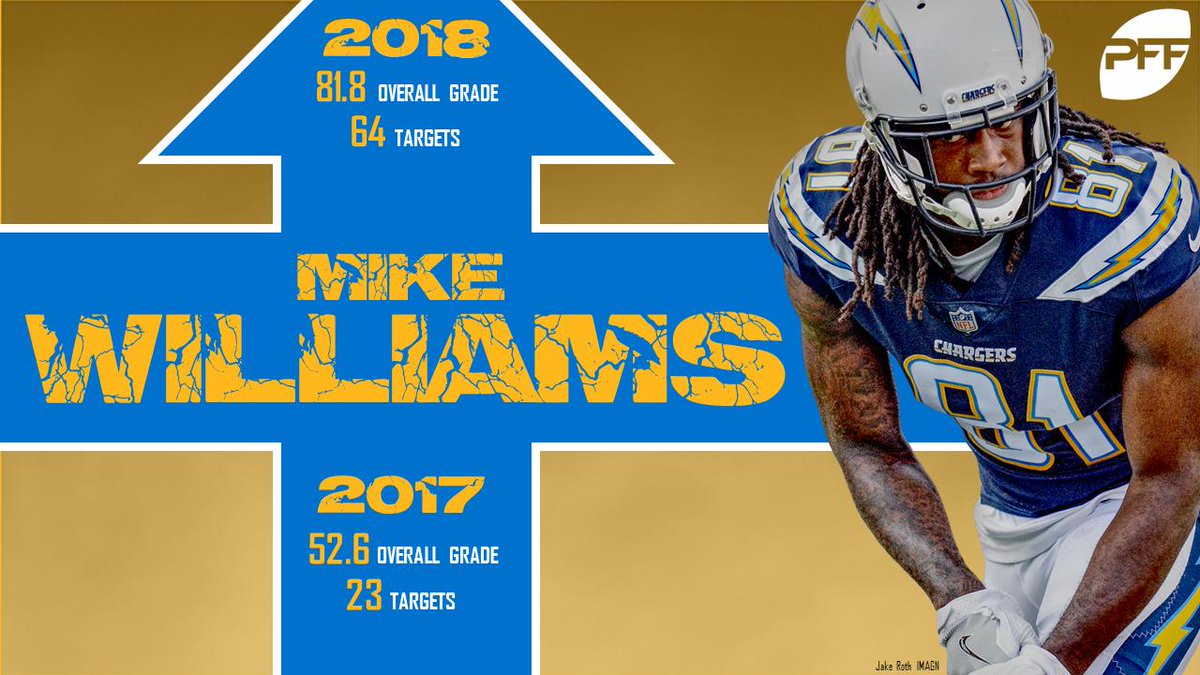 Perhaps Williams' most significant area of improvement was his red-zone efficiency. The Clemson alumnus snagged his first touchdown in Week 2 of the 2018 season and he didn't look back, finishing the season with 10 total touchdowns. Williams earned the second-best grade in the red zone this season (82.6) ranking only behind Green Bay's DaVante Adams, and among wide receivers with 10 or more red-zone targets, only Chris Godwin had a higher contested-target percentage.

The enhanced workload benefitted Williams, and with more targets came more production. Williams saw 64 regular-season targets in 2018, 41 more than the previous season. Even with the increase in targets, the sure-handed Williams equaled his drop total (2) from 2017.

Williams' specialty in 2018 was the in-breaking route. Quarterback Philip Rivers maintained a 145.2 passer rating when targeting Williams on in-breaking routes, which was the highest mark among QB to WR tandems last year. 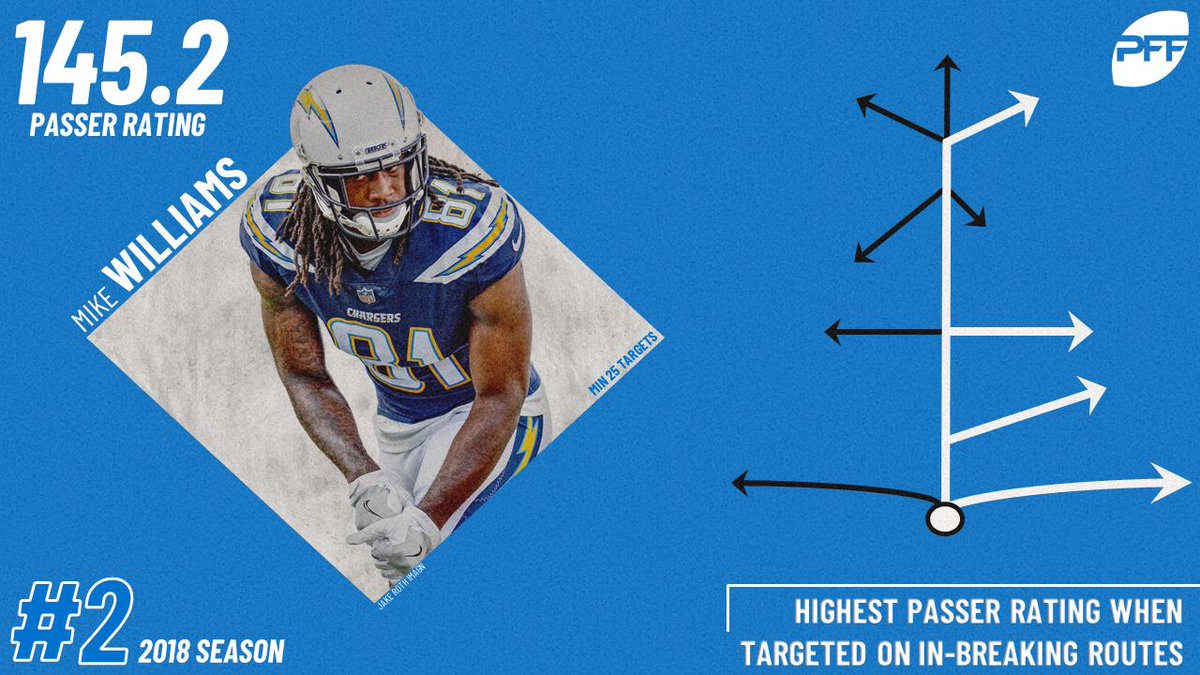 Over the last two seasons, Philip Rivers has shown that he is not afraid to target Williams down the field. In the PFF era, spanning back to 2006, Rivers has completed a pass to 66 different pass-catchers, and only two of those pass-catchers have maintained a higher average depth of target than Williams' mark of 15.5 yards. Similarly, Rivers' career passer rating when targeting Williams has been 116.2 – the seventh-best mark among the 59 pass-catchers with at least 40 targets from the quarterback.

Possibly one of the most exceptional signs moving forward is that when the stakes were highest, the Chargers turned to Williams to be the leading force in their offense. Williams saw 12 targets in the Chargers' Divisional Round matchup against the New England Patriots – five more than the next most targeted receiver.

If Williams can maintain a similar upward trend in 2019, the Chargers' offense will be once again in the upper echelon of the NFL. Opposite Williams is Keenan Allen, who has earned an 88.0-plus offensive grade in each of the last three seasons. Pair the explosive duo with the return of a healthy Hunter Henry and Rivers will have not have a lack of weapons in his arsenal.

With health on his side and a full year of NFL experience under his belt, Williams took some massive strides in 2018. Chargers' fans should be eager to see what he can do in 2019.