Highlighting the NFL's most versatile players in 2018

Hybrid players are the new wave in the NFL. Having players that can seamlessly counter any formation the opposition throws at you without needing to substitute or audible saves coordinators a lot of headaches. Merely being in a hybrid role doesn’t have value in and of itself, but the value of doing so well is at an all-time high. These are the guys who personify the growing trend.

Hill is the poster boy for versatility. He’s the only QB/TE/KR’s I can recall in NFL history. Hill took 58 snaps at quarterback, 58 snaps as an inline tight end, 12 snaps as a running back, 21 from the slot, 33 out wide, and he was a core four special teamer. With his size and speed, don’t be surprised if Sean Payton finds a role for him on the Saints' defense next season. 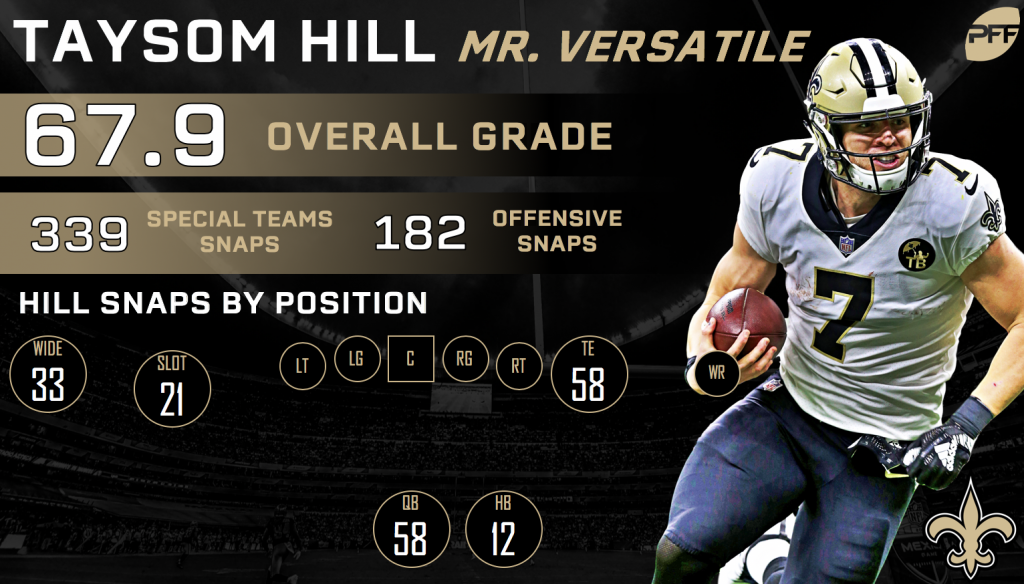 Running back/wide receiver hybrids are becoming more and more valuable in today’s NFL, and no one has bridged the gap quite as proficiently as McCaffrey. He ranked first in receiving grade and 13th in rushing grade among starting backs this past season. The Panthers' back took 108 snaps lined up as a receiver this season and caught 17 more passes than the next closest back. He also barely came off the field, as his 966 snaps played were the second-most we’ve ever seen from a running back.

At 6-3, 240 pounds, Everett is the definition of a tweener. He’s too short to be an every-down inline tight end but too big to really be considered a receiver. Still, he’s a fantastic athlete who is excellent after the catch with six broken tackles on 35 catches this season. As such, the Rams lined him up anywhere they saw fit. Everett took 261 snaps inline, 55 from the slot, 126 out wide and even 16 from the backfield.

The new ‘flex’ position on the NFL All-Pro team was created for players like Hill. The Chiefs receiver splits his time between outside and slot receiver, but his deployment on screens, sweeps, and motions are just as deadly. While he averaged 16.6 yards per catch on 96 catches, Hill also averaged 8.1 yards per attempt on 23 rushes including the postseason. 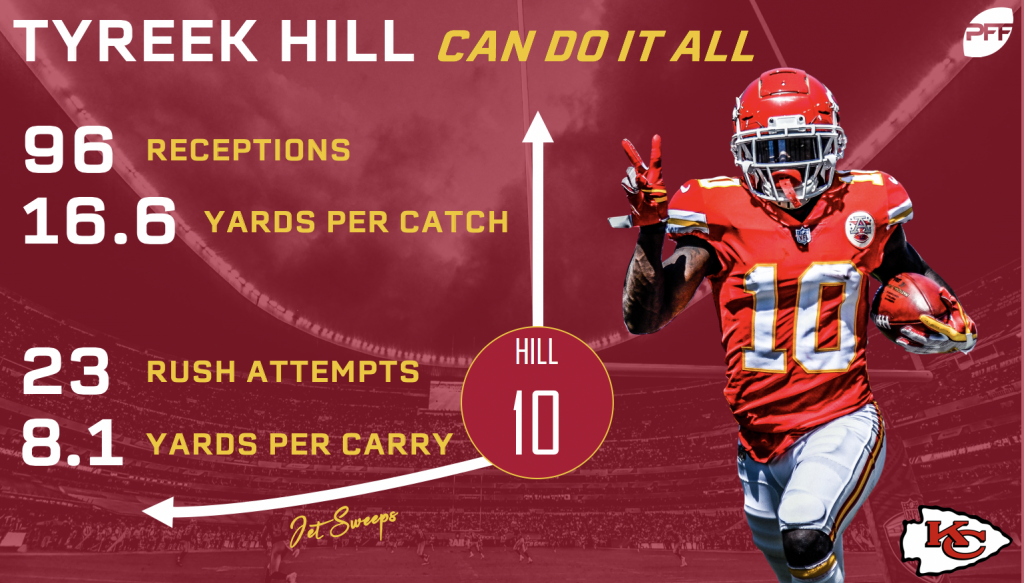 Name a technique along the defensive line, and I assure you Flowers has A) played there and B) done so at a high-level. His snaps broken down by the offensive lineman he’s lined up over during the regular season can be seen below:

All that moving around and he still earned an elite 90.4 overall grade on the season.

There are a handful of players utilized in a role like Alexander’s where they are playing off the ball as much they are on the line of scrimmage, but none were quite as effective as the Bills' vet. He had an 82.4 run-defense grade (257 snaps), 70.7 pass-rushing grade (238 snaps) and 79.9 coverage grade (134 snaps). In his 14 NFL seasons, Alexander has been an offensive lineman, tight end, defensive tackle, edge-rusher and inside linebacker at different points in time, so it’s fitting that the Bills utilized him in a role that took advantage of his diverse skill set. 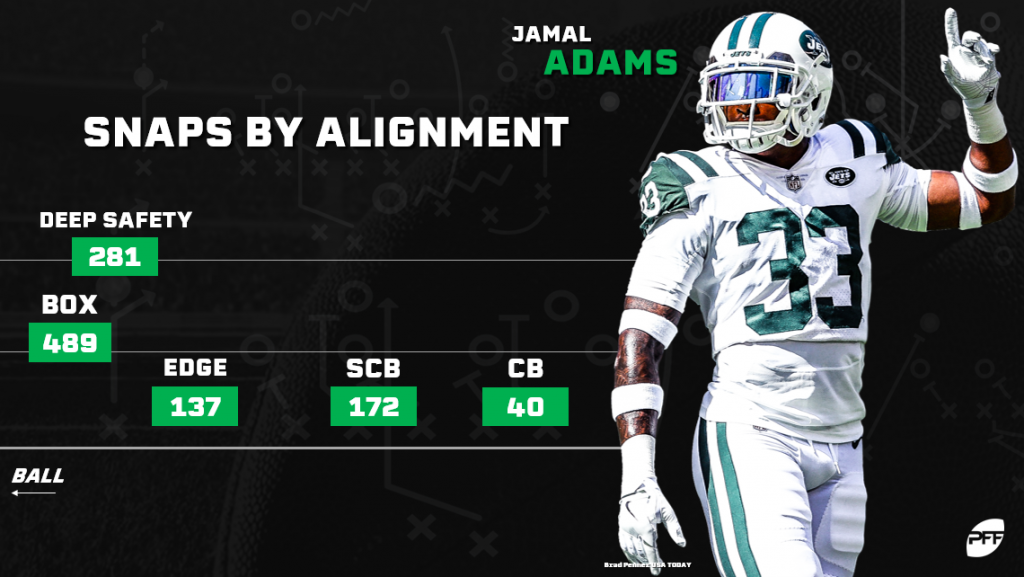 We almost have to talk about both Adams and James in the same breath because of all the similarities between them. Both are Swiss Army Knives for their respective defenses, and both operate any given role at an elite level. The snap breakdown for both can be seen in the chart below:

It’s absurd that Adams and James finished the season as PFF’s second and fourth highest graded safeties respectively given all they were asked to do.

[Editor's Note: All ELITE – Annual and ELITE – Monthly subscribers can see where every NFL player lines up on a game-to-game basis in Premium Stats 2.0.]