The Baltimore Ravens kicked off the 2018 NFL preseason with a victory over the Chicago Bears, 17-16. While much has been made of the quarterback performance of both Ravens QBs Lamar Jackson's NFL debut and Robert Griffin III's bad interception luck, there were other notable and standout performances during the contest.

Kicking off the PFF ReFocused series for the preseason, utilizing our first ever preseason grades available from Premium Stats 2.0, here are the game's top performances, from a grading standpoint, on each side of the ball, for each team: 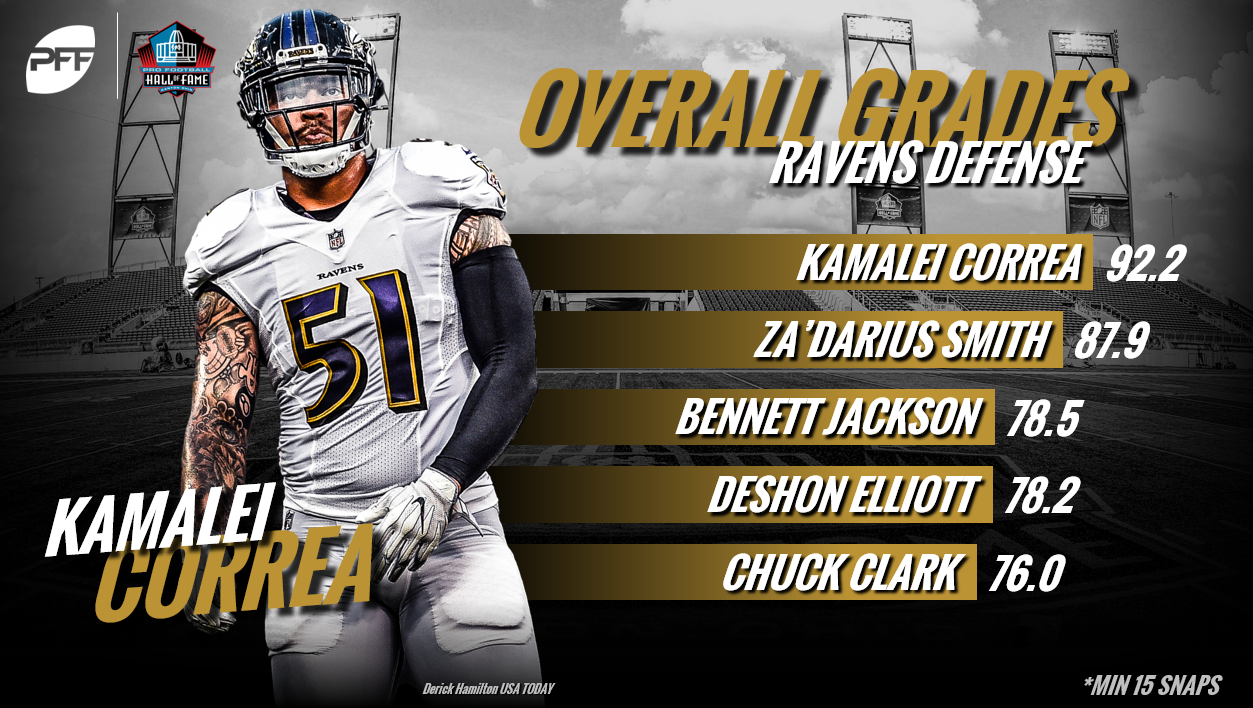 Kamalei Correa tops the charts here on defense for the Ravens while Za'Darius Smith was close behind. Smith's 18.4 pass-rush productivity led all edge defenders in the game as he recorded three QB pressures on just 12 pass-rush snaps. Correa though, had the impact plays, with three sacks and five defensive stops. 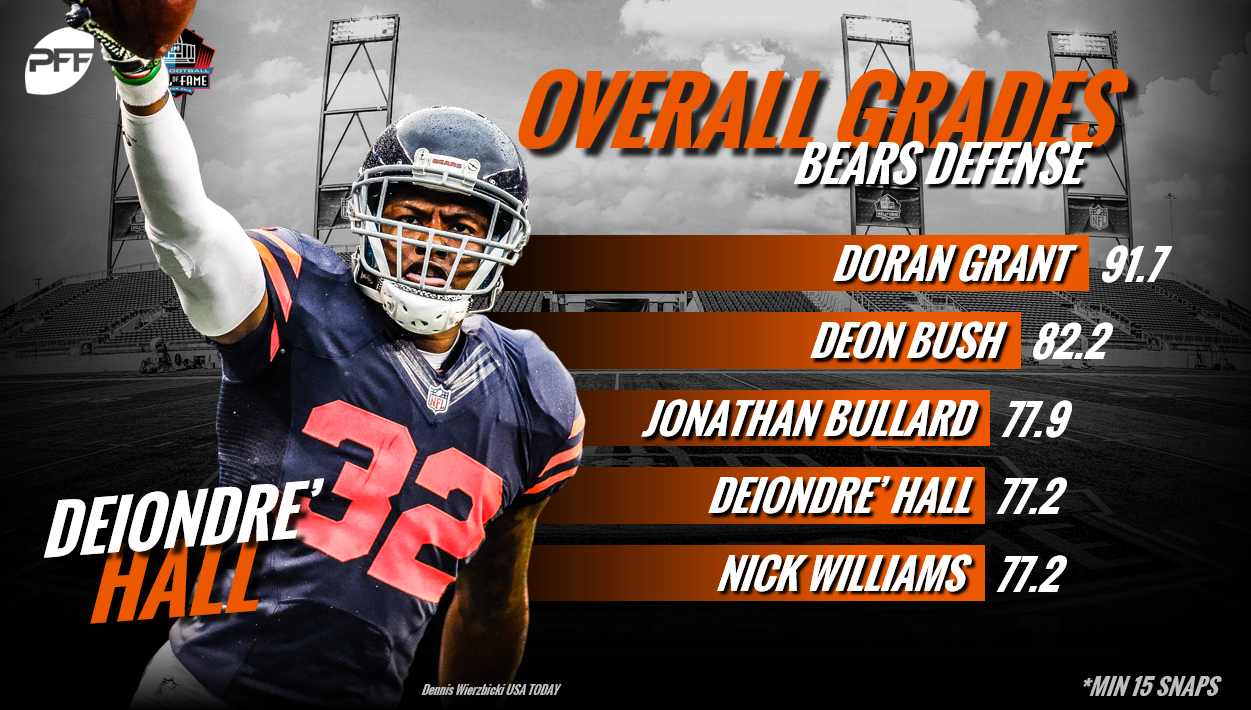 Doran Grant was targeted twice on two snaps in coverage, allowing neither of them to be caught and intercepting the other. Grant's 0.0 passer rating when targeted was obviously the best mark among the game's cornerbacks, but he also chipped in with an assisted tackle in the run game as well. Jonathan Bullard recorded a QB pressure and a run stop in his limited action, showing his worth on the interior of the Bears defensive line. 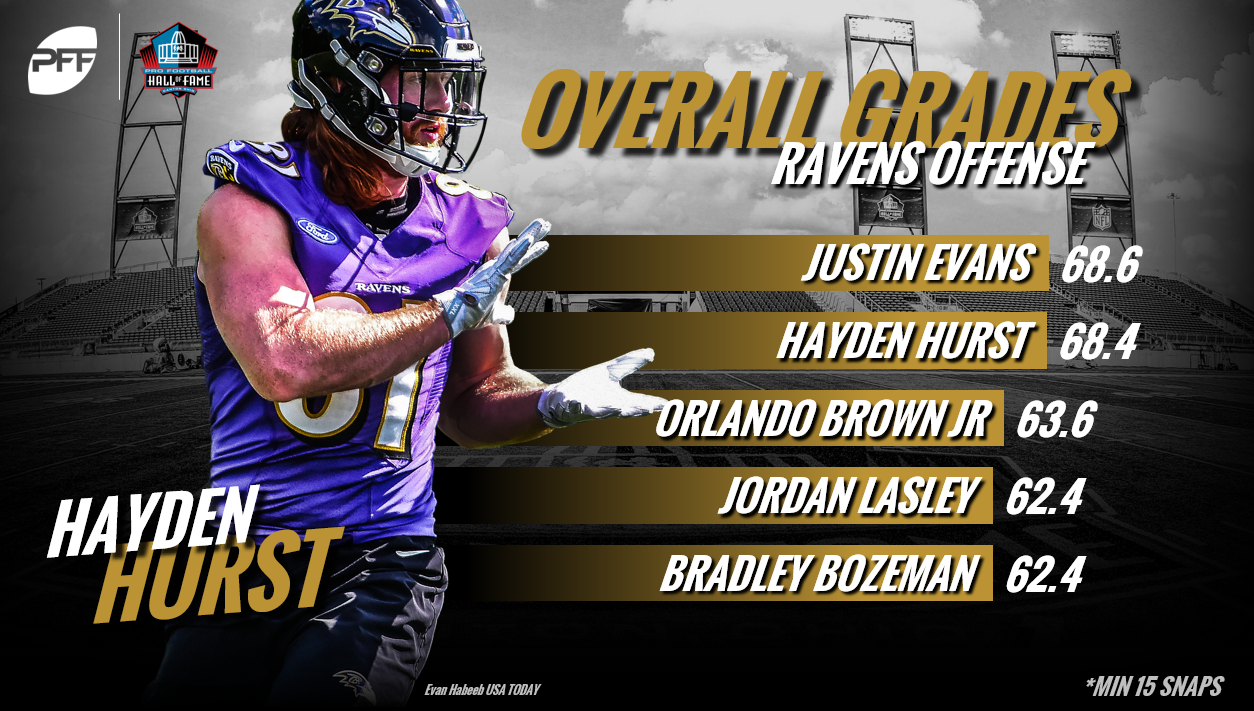 A couple of rookies stole the show during the broadcast last night, and backed them up with decent grades. First-round pick, TE Hayden Hurst continued what we saw of him at South Carolina, hauling in all three of his catchable passes after not dropping a single pass a season ago with the Gamecocks. Orlando Brown Jr. allowed just one pressure (a QB hurry) on his 38 snaps in pass protection, at least temporarily assuaging any concerns his disastrous combine performance raised. 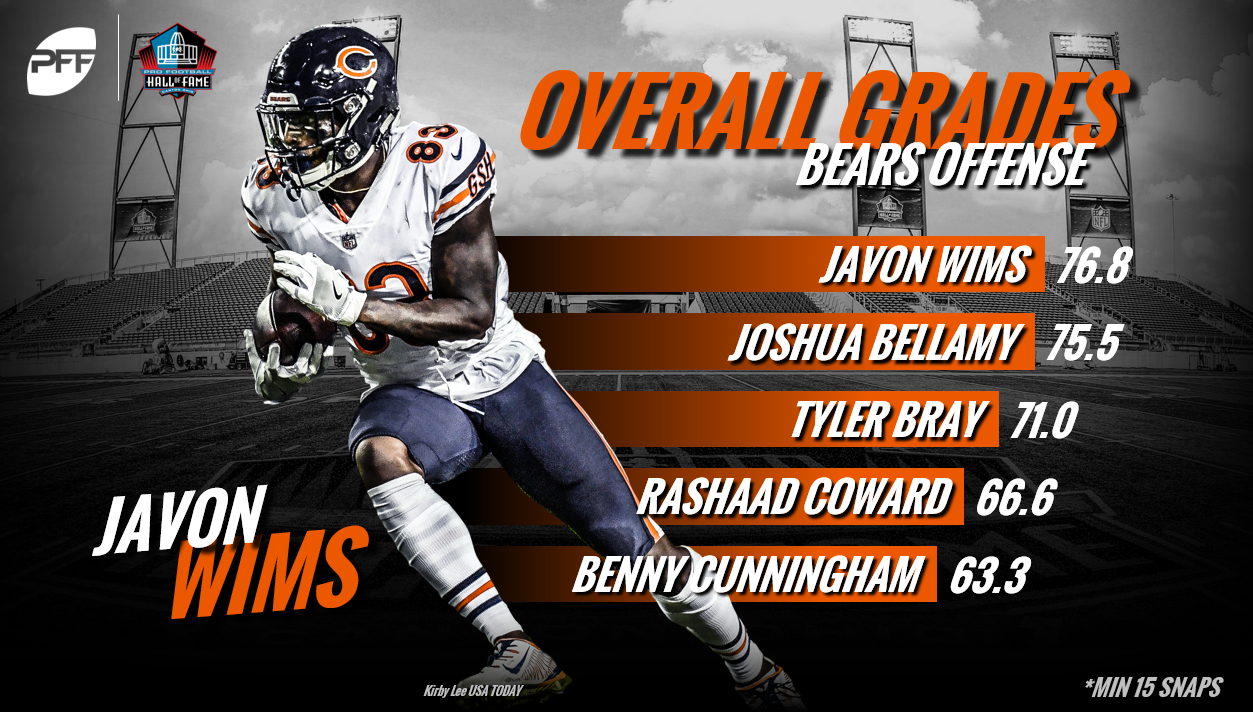 Rookie WR Javon Wims dominated the action last night, hauling in a game-high seven receptions for 89 yards and the game's top passer rating when targeted of 97.5. Tyler Bray looked strong when kept clean from pressure, connecting on 15-of-27 pass attempts for 140 yards and a touchdown from a clean pocket.

On limited action in the second quarter, Ravens QB Josh Woodrum quietly had what was perhaps the best night of any of the quarterbacks, though he did take one ill-advised sack that didn't help his overall grade. He finished the game with a perfect 100.0 percent adjusted completion percentage, hitting 6-of-6 passes, including one of which he was under duress.

Bears rookie guard Dejon Allen had a strong night in pass protection, allowing just a single QB hurry on 41 pass-blocking snaps. While he did struggle with his run blocks, his strength in pass protection may warrant extended playing time through the preseason.

The first game ball of the season goes to Correa, who had a monster performance. He recorded three QB pressures on his nine pass-rushing snaps from the right side of the defensive alignment while also recording two run stops on just six snaps in run defense. He was dominant in the passing game as well, registering three solo stops in coverage, as he dropped back to cover Bears pass-catchers on 30 snaps in the contest.

All told, he was the highest-graded player on the field during the contest.