Green Bay take a risk on Rashan Gary, but come out of the 2019 NFL Draft with a promising group of rookies

The Green Bay Packers took a bit of a gamble in the first round of the 2019 NFL Draft by using the 12th overall pick on Rashan Gary, an edge defender out of the University of Michigan. Gary’s athletic attributes are off the charts, and they tested that way at the NFL combine, but that athleticism didn’t translate to elite production on the field during his time at Michigan. The highest pass-rushing grade Gary earned in college was just 72.7 back in 2017, and he finished the 2018 season ranked 32nd among qualifying draft-eligible edge defenders with a pressure rate of only 13.8%.

I would highly encourage anyone reading this to check out Senior Analyst Steve Palazzolo’s pre-draft breakdown that highlights our concerns with Gary, whom we had at 48th on our Top 250 Big Board. 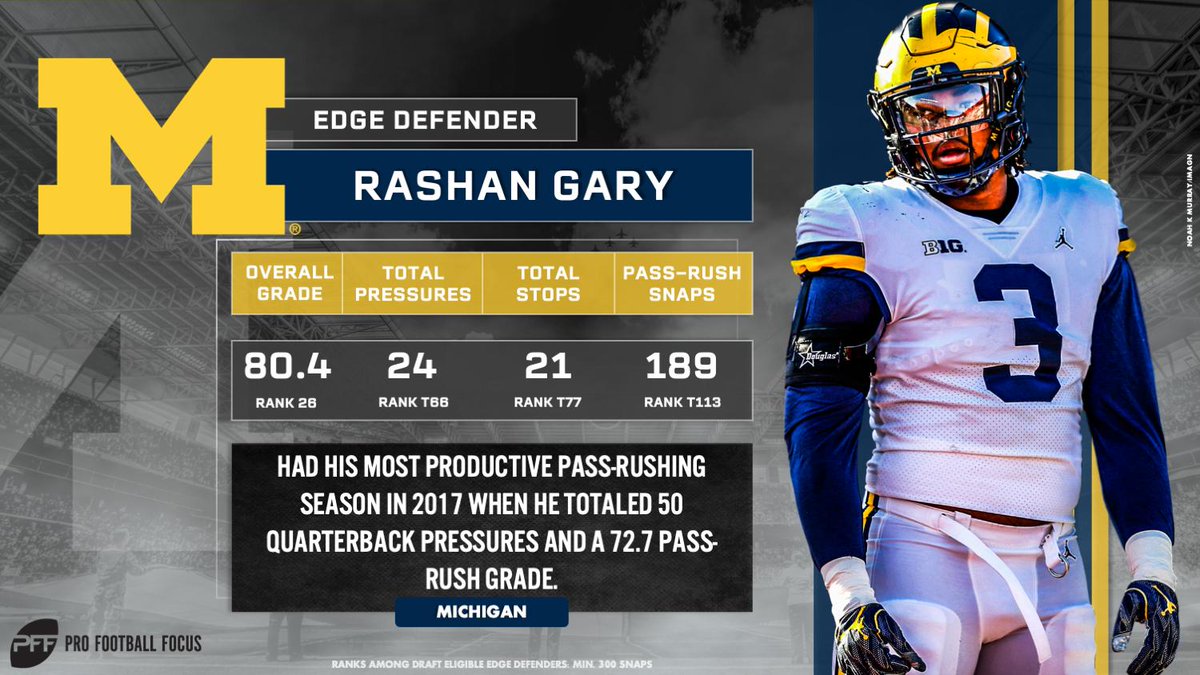 After Gary, the Packers used the 30th overall pick in a trade with Seattle to move up to the 21st spot to land Darnell Savage, a safety out of the University of Maryland who was one of our favorite defensive backs in the entire class, slotting in at 28th on our big board. Savage finished each of his last two seasons with an overall grade of 86.0 or better, and he’s displayed a level of versatility on the back end that’s coveted in today’s NFL.

In coverage over the past two seasons, the former Maryland star has intercepted seven passes to go with an additional 11 pass breakups, all while not allowing a single touchdown. He also showed the ability to get it done when lined up in a slot corner spot, picking off three passes out of the slot last season alone. Savage showed a good deal of improvement in run defense last season: he earned an 80.4 run-defense grade, and he was one of just four qualifying safeties in the class to rank within the top 15 in coverage grade while also ranking within the top 25 in run-defense grade. 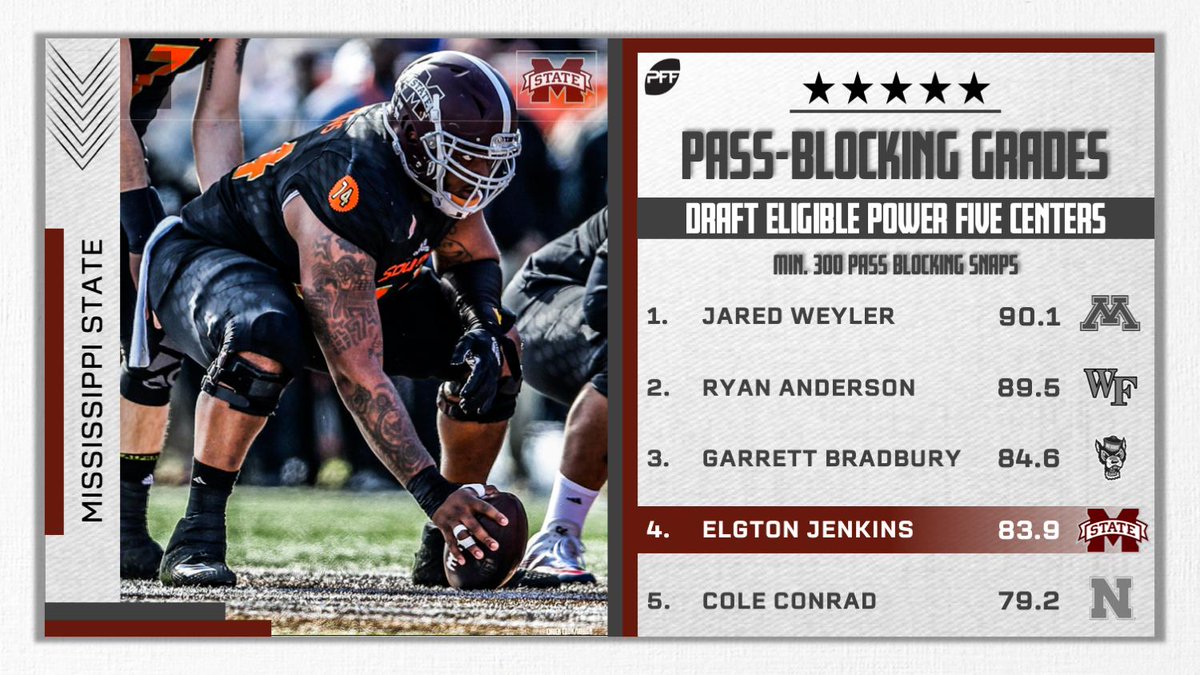 With their second-round pick, Green Bay got tremendous value in Elgton Jenkins, a center out of Mississippi State. Jenkins was our number one center in this draft class (we had him at 26th on our big board), and he ranked second among draft-eligible power 5 centers by surrendering pressure on just 1.4% of his pass-blocking snaps in 2018.

The Packers rounded out Day 2 of the draft with Jace Sternberger, a tight end out of Texas A&M, who ranked 67th on our big board. Sternberger will likely struggle as a blocker at the NFL level, but his receiving skills are right at the top of this class. He finished this past season with the highest receiving grade among all draft-eligible tight ends (91.1), and he turned 64.9% of his catchable targets into either a first down or touchdown, which also ranked first in the class.

Whether or not Rashan Gary’s athleticism translates into legitimate production at the NFL level will determine the ceiling of Green Bay’s draft class. Looking at the Packers’ haul in totality though, they supplemented the Gary pick with enough high-floor picks throughout the rest of their draft that even if Gary doesn’t maximize his potential, this still should be a solid group of rookies.