Stepping away from his role as general manager after this upcoming season, Baltimore Ravens’ Ozzie Newsome completed his final draft as the team’s principal decision-maker in late April of this year. And, in typical Newsome fashion, came away from the 2018 NFL Draft with quite the haul to round out his rich legacy.

Newsome opted for offensive playmakers at the back end of Round 1, adding former South Carolina tight end Hayden Hurst and Louisville quarterback Lamar Jackson with picks 25 and 32, respectively. Hurst steps in as Week 1 starter and upgrade at the tight end position, while Jackson has all of the tools necessary to be the quarterback of the future in Baltimore.

Slotted as our fourth-ranked tight end with a third-round grade prior to the draft, Hurst is an advanced route-runner with great speed and quickness, all combining for high-end potential as versatile pass-catcher at the next level. He also proved sure-handed in 2017, keeping all 43 of his catchable targets off the turf.

Though the jokes surrounding Hurst’s age are indeed getting a bit old, it’s hard to end the conversation without addressing the fact that he’ll celebrate his 25th birthday before he takes his first regular season snap in the NFL. His age will force him to develop his skillset in a hurry to meet the expectations tied to his draft status. 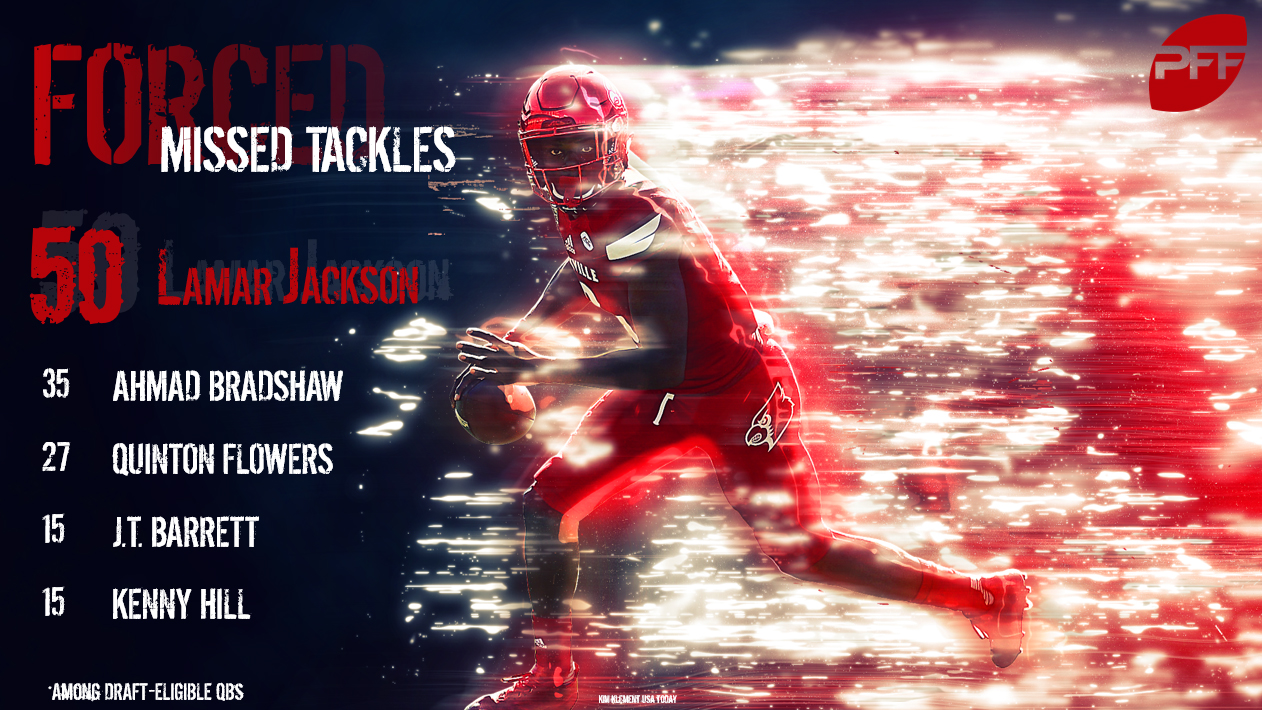 The youthful Jackson (21), on the other hand, can afford to develop along the sidelines with a clipboard in hand behind incumbent starter Joe Flacco. And the proverbial redshirt year should only lift both his floor and ceiling in the NFL.

Jackson’s dual-threat ability contrasted with some accuracy concerns will likely urge the Ravens to build a specific offensive around his skillset in the future, but the success of said system can prove brilliant with a seasoned Jackson at the helm. Jackson earned the No. 3 grade when facing pressure and the No. 2 overall grade among draft-eligible quarterbacks in 2017.

Without a pick in the second round, Newsome waited until Round 3 to continue overhauling Baltimore’s offense, where he double-dipped in Norman’s talent pool, selecting Oklahoma products Orlando Brown and Mark Andrews. Brown earned 80.0-plus overall grades in all three of his playing years at the Sooners, but a poor showing at the 2018 NFL Scouting Combine, in addition to imperfections in his game, caused him to slide down draft boards. Andrews is a bit one-dimensional in that he best projects as dynamic pass-catching tight end with limitations as a blocker. However, he’s a mismatch nightmare given his proven ability playing slot receiver and in-line tight end.

Newsome rounded out his draft class with several value additions on Day 3, including former Texas safety DeShon Elliott. Our eighth-ranked safety in the class, Elliott earned a third-round grade from us prior to the draft. They also grabbed two pass-catching threats in the big-bodied Jaleel Scott from New Mexico State and UCLA's Jordan Lasley in the fourth and fifth round, respectively.