The Indianapolis Colts took a huge step forward with their 2018 NFL Draft, selecting two of the draft's top options along the offensive line, a unit that has struggled mightily over the past few years. The nation's top guard from a season ago fell to the Colts with the sixth overall pick as Notre Dame guard Quenton Nelson immediately improves the Colts interior line from Day 1.

Nelson was the nation's top graded run-blocker a season ago and improved in pass protection in each of the past three seasons, capping his growth in pass-blocking by allowing just five total pressures a year ago. 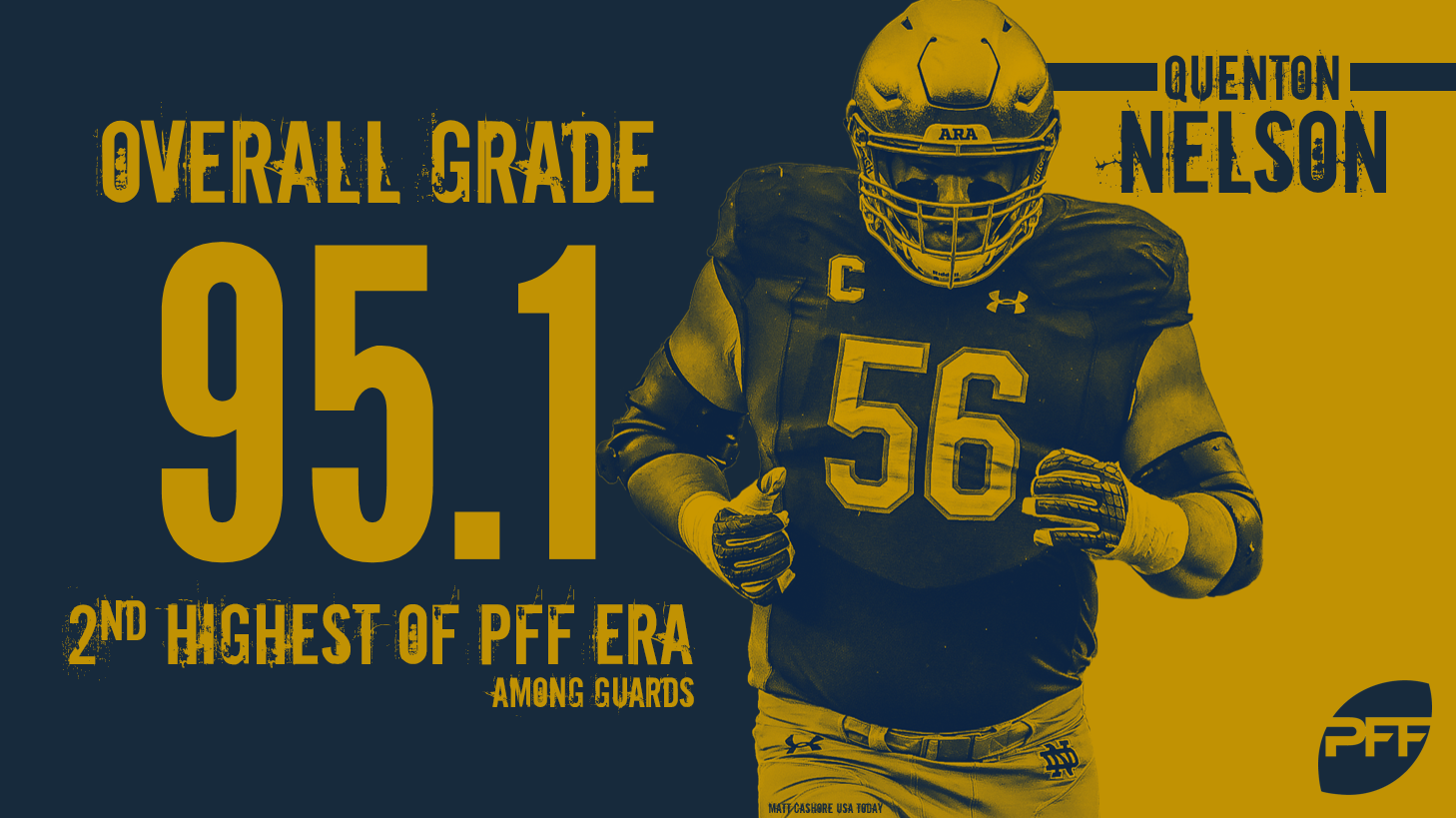 Braden Smith from Auburn also joins the interior of the Colts offensive line, who much like Nelson, has improved as a pass-blocker each of his last three seasons. He finished 2017 with the draft class' ninth-best pass-blocking efficiency while he is also no slouch in the run game.

Indianapolis selected five total position players in the draft with their 11 total picks, doubling-down (or tripling) on several of the same positions to help improve where they clearly thought they lacked in 2017. Darius Leonard from South Carolina State enters the linebacker room after a strong Senior Bowl performance vaulted him up draft boards. Former Houston LB Matthew Adams and Syracuse LB Zaire Franklin were also added in the seventh round to compete in new defensive coordinator's Matt Eberflus' defense.

Also joining on defense are fellow edge defenders Kemoko Turay and Tyquan Lewis from Rutgers and Ohio State, respectively, both of whom were drafted in the second round. Turay was productive with the Scarlet Knights, when he was able to be on the field. He recorded just 548 career pass-rushes in four years at Rutgers but was able to bring in an incredible 16 sacks, 24 hits and 70 hurries on those rushes.

Lewis averaged 47 pressures and 20 defensive stops over his past two seasons as he is movable along the Colts defensive line and can play on the edge or closer to the interior.

Speaking specifically to the last two positions the Colts drafted, they went to the running back depth in this draft class by selecting Nyheim Hines and Jordan Wilkins, both of whom can be viewed as receiving weapons at the next level, adding much more value to the running back position in doing so.

Daurice Fountain and Deon Cain round out their draft as Fountain hails from Northern Iowa and Cain heads in from Clemson after having a tremendous year with Deshaun Watson at the helm in 2016 for the Tigers.