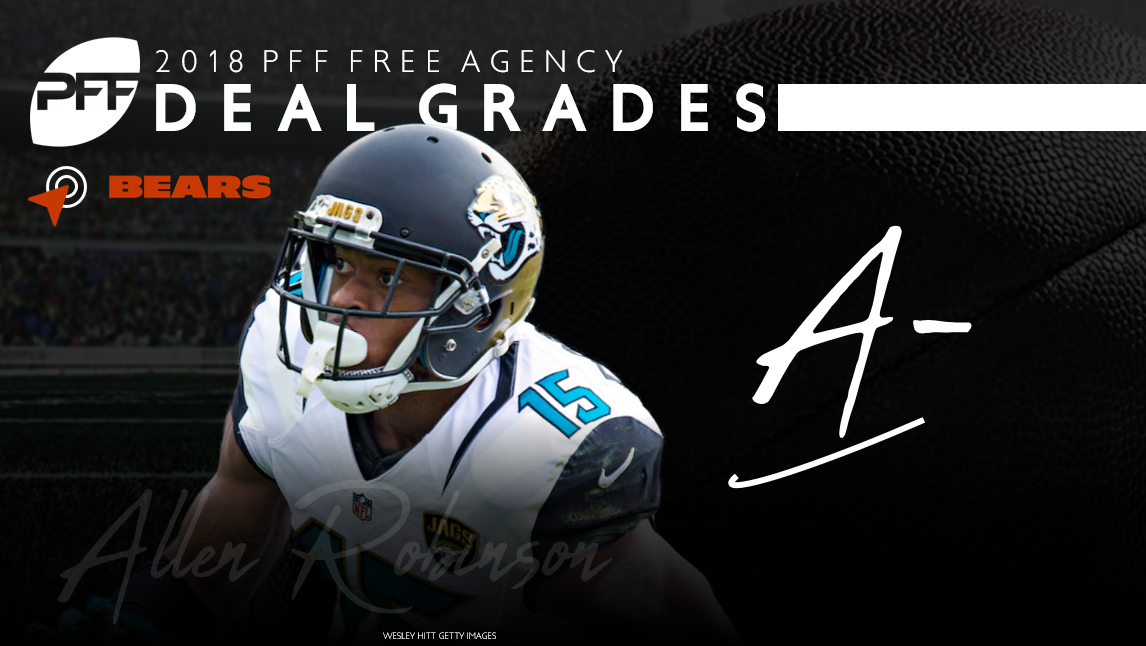 What it means for Robinson:

Allen Robinson is two and a half years removed from his best season at this point, but just landed himself a deal with the Chicago Bears that gives him the same annual value of players like Dez Bryant and Demaryius Thomas. He received that money based on the market and his potential. At his best in 2015, Robinson ranked 13th among wide receivers in yards per route run (2.17), 24th among receivers in passer rating when targeted (105.4) and first in the NFL in deep receiving yards (672). Robinson is gambling that young quarterback Mitchell Trubisky will improve on his rookie season and be the best signal-caller he’s played with to date.

What it means for Chicago:

Chicago is taking a risk on Robinson, who took a step back in production in 2016 before tearing his ACL just three snaps into the 2017 season. However, it’s dually important for them to get a big-time wide receiver, both to provide some cause for the defense to respect the passing game and to give Trubisky a potent weapon to work with on the outside. Giving a quarterback that you traded up for in the draft a mix of good weapons to work with is a key in helping him progress, and this deal seems to do that quite well.

This seems to be a classic high-ceiling, low-floor deal for both sides. The risk is less prevalent for Robinson, who locked up $25 million in guarantees and now gets to play with a promising, if mostly unproven, young quarterback. If his 2016 struggles turn out to be Robinson’s level of play going forward, he’s not going to live up to the deal. But if he’s as good as he was in 2015, it’s pretty much a home run for Chicago and for Trubisky.