The Kansas City Chiefs‘ offense was full steam ahead in 2018. As a unit, they finished second overall in offensive grading while their MVP-winning quarterback Patrick Mahomes finished with 50 passing touchdowns and the NFL’s second-highest passing grade. Yet even with all their success on offense, their first pick of the 2019 draft was former University of Georgia wideout, Mecole Hardman, at 56th overall. While there were other areas of need, especially on defense, the Chiefs decided to add another under-the-radar wideout with big-play potential to Mahomes’ arsenal. 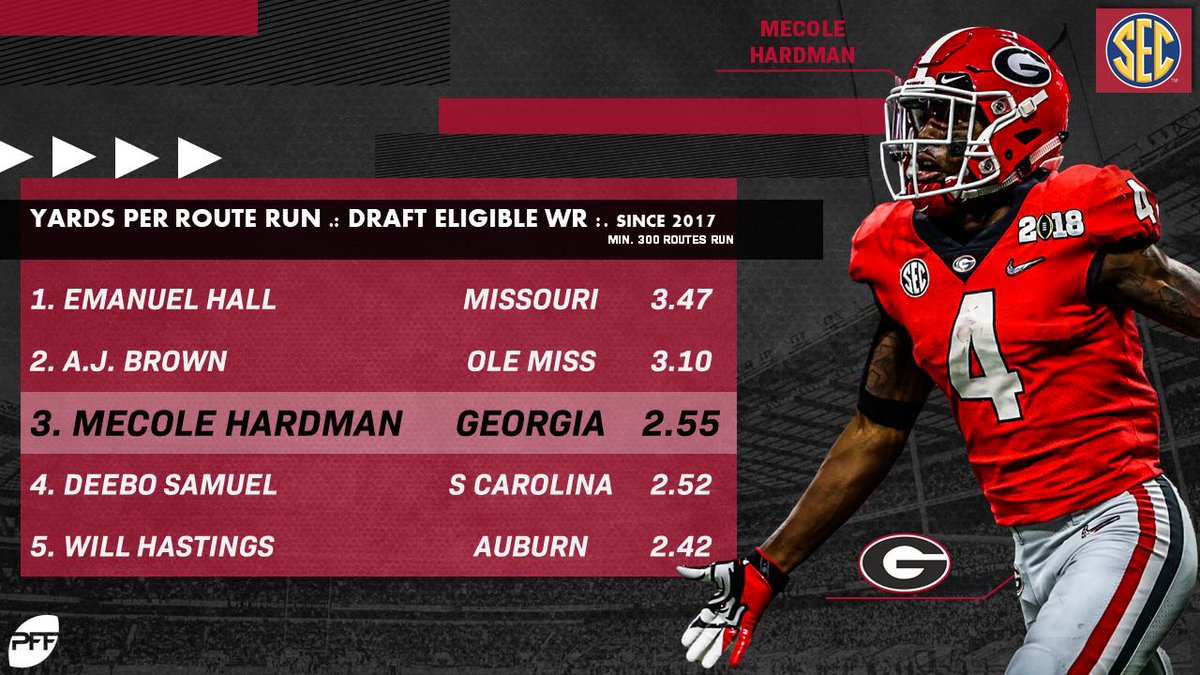 On the surface, Hardman’s last season at Georgia wasn’t necessarily one to rave about. Only able to rack up 543 receiving yards on 35 receptions, his 72.2 overall receiving grade finished tied for 67th among qualified draft-eligible wideouts. However, to understand his potential impact in the NFL, you’ll need to look deeper. Hardman helped his draft stock a great deal by running a lightning-quick 4.33s 40-yard dash at the NFL combine, and his speed gives him the ability to extend plays after the catch.

Averaging 8.3 yards after the catch per reception in 2018, Hardman should fit in just fine to the Chiefs' free-flowing passing offense. Even without seeing a high-volume of targets last season, when Georgia attempted to get Hardman the ball good things would happen. His 126.7 passer rating when targeted last season ranked 33rd in the country; his year consisted of seven touchdowns and just one interception when targeted. 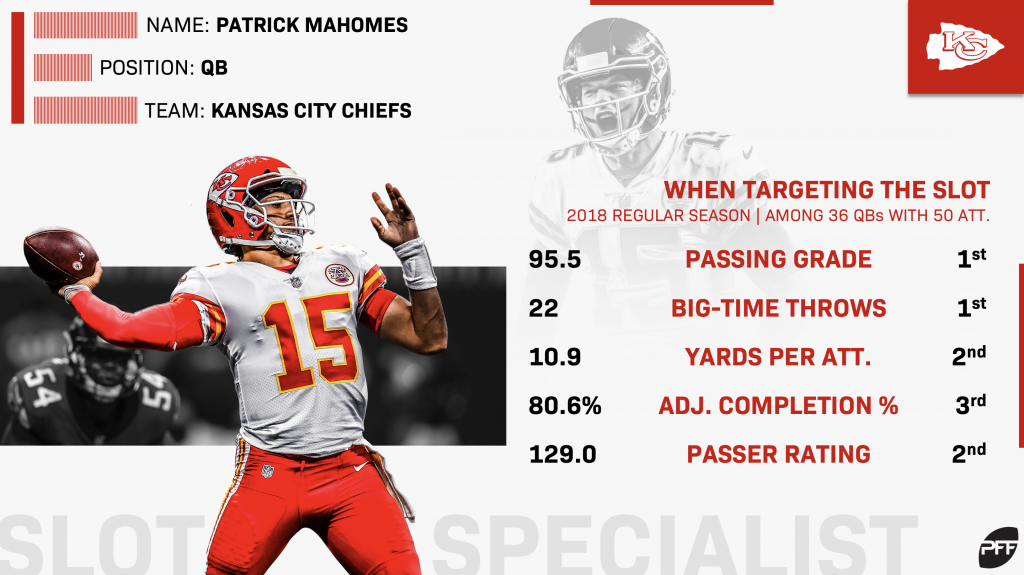 Hardman lined up in the slot 86.7% of the time last year and figures to do the same in the Chiefs' offense in 2019. In 2018, all seven of his receiving touchdowns and 498 yards came from the slot, where he averaged 2.55 yards per route run. His previous production should bode well for him and the Chiefs, as Mahomes has absolutely dominated when targeting his slot receivers. In 2018, among quarterbacks with 50-plus attempts targeting the slot, the Chiefs signal-caller finished first in both passing grade(95.5) and big-time throws (22).

Hardman’s speed also gives him the potential to make an impact on special teams as his punt-return abilities at Georgia were stellar. His 90.8 return grade on punts ranked first among all draft-eligible players in 2019 and ranked fifth of any player in the NCAA. His return yardage was also remarkable, as he both led the country in punt return yards and was the only player with 10-plus returns to average 20.0 yards per return or more. Overall, he finished with 323 punt return yards, one touchdown and zero muffed returns.

Where a player lands in the draft can often make all the difference in their success as a rookie, and Hardman has certainly found himself in a favorable offense for his skill set. Head coach Andy Reid has a history of developing young, speedy wideouts and with the Chiefs looking to keep their offensive powerhouse moving forward—Hardman has the potential to make an immediate impact this upcoming season in Kansas City.