As we march closer to welcoming the NFL’s next class of rookies, let’s turn back the clock and look at the best single-game performances from rookies in 2018.

[Editor’s Note: All ELITE subscribers have access to game-by-game grades for rookies and veterans in Premium Stats 2.0. And if you’re not already an ELITE subscriber, you can sign up today for as low as $34.99!] 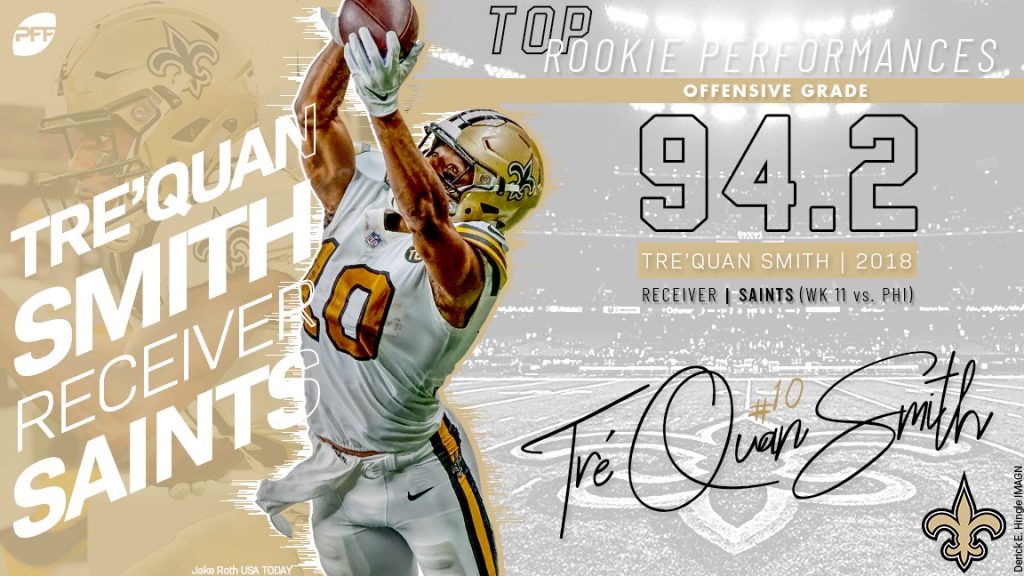 Catching 10-of-13 targets (zero drops) for 157 yards and touchdown, Smith had himself a career day against Philly in the Mercedes-Benz Superdome in Week 11. Eight of his 10 receptions went for either a first down or touchdown, and he caught all four of his contested targets on the day. He also forced two missed tackles and recorded five receptions of 15-plus yards.

In just his second week in the NFL, Leonard recorded 18 combined tackles, six defensive stops, a forced fumble, and one pass breakup en route to what stands as his highest-graded single-game performance in the NFL. He missed just one tackle on the day and recorded a sack, as well.

Bates’ rookie campaign was littered with star performances, but his best outing came against the Bucs in Week 8, where he recorded three defensive stops, one pass breakup, and a pick-six on his way to a 92.3 overall grade. He was targeted seven times in the contest but allowed just two receptions for 14 yards, eight of which came after the catch. 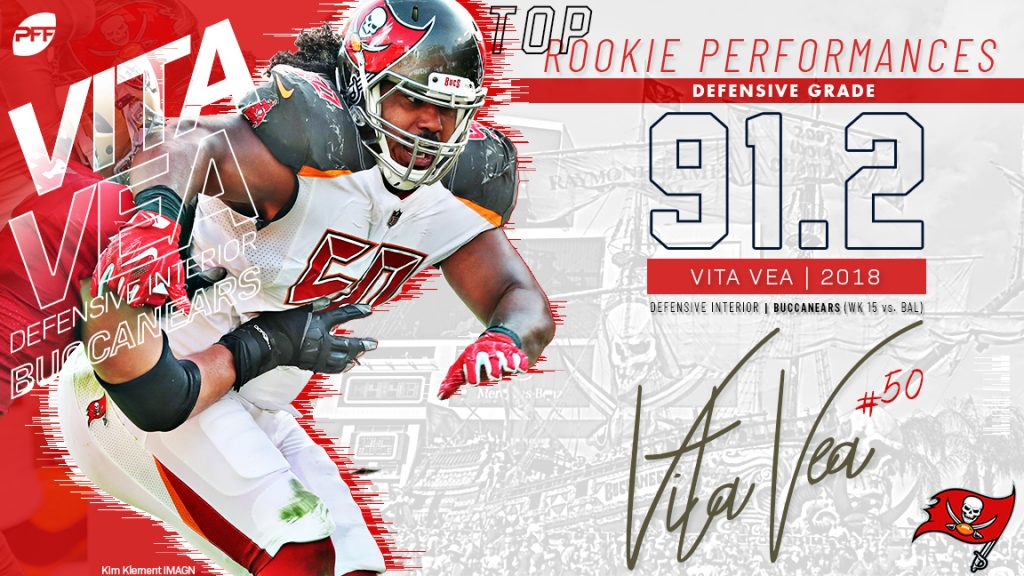 Injuries hid Vea’s talents from the world until late in the season, but when he did take the field, he was quite the force in the trenches. He recorded three hurries in the passing game and another nine tackles in run defense, five of which went down as defensive stops.

Ward was targeted just four times across 33 coverage snaps against the Jets in Week 3, and he allowed only two receptions for nine yards and also forced a Robby Anderson fumble in the contest. He earned a 90.9 overall grade and a 91.4 coverage grade for his efforts.

Allen recorded five big-time throws and just one turnover-worthy play in the Bills’ Week 13 affair, earning an impressive 90.8 single-game grade as a result. He also rushed for 135 yards, 99 yards after contact, and seven first downs, forcing two missed tackles along the way. 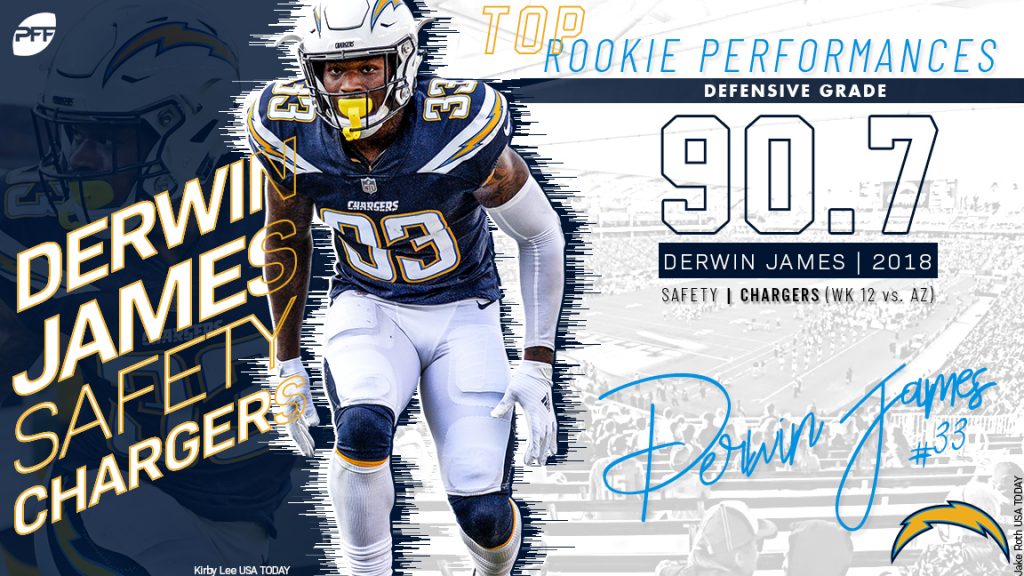 James recorded five defensive stops and allowed just three receptions for 24 yards en route to a 90.7 single-game grade against the Cardinals in Week 12. He also logged an interception and a pass breakup in the contest.

Edwards rushed for 115 yards, six first downs, and one touchdown against the Bengals in Week 11, forcing eight missed tackles and gaining 91 yards after contact along the way. He also totaled five carries of 10-plus yards and earned an impressive 89.7 rushing grade.

Moore feasted on the Lions’ secondary in Week 11 last season, catching seven-of-eight targets for 157 yards, five first downs, and a score en route to a 90.3 overall grade. He also gained 103 of his yards after the catch and forced two missed tackles in the game.

Darnold produced two big-time throws and one turnover-worthy play against the Texans in Week 15, all while averaging an impressive 11.6 air yards per throw. He recorded the eighth-best adjusted completion percentage (77.8%) and the league’s best passing grade (86.6) of the week.