Below is the 17th and final regular season installment of our weekly PFFELO rankings. Like all ELO systems, PFFELO is an iterative system that updates each team’s rating after each game based on two things: how well they played against their opponent and how well they were expected to play against their opponent. The PFFELO rating system measures the former using our unique offensive, defensive and special teams grades, while the latter is determined by the PFFELO ratings leading up to the game and where the game is played.

Another week, another win (and cover) for the defending world champions. Tom Brady was pressured on just 4-of-30 dropbacks against the Bills, compiling a 112.2 rating on his 26 clean passing attempts. Dion Lewis carried the ball a career-high 24 times, for 129 yards (68 after contact), and provided the balance that the Patriots have generated with multiple players in the backfield all season. With the No. 1 seed to play for against the Jets on Sunday at Foxboro, look for the Patriots to take care of business against a New York team that’s been much better at home this season than they have been on the road.

The Steelers thoroughly handled a depleted Texans team on Christmas to secure their first, first-round bye since the 2010 season (the last time they made the Super Bowl). Without Antonio Brown, the Steelers finally received plus play from the likes of Martavis Bryant (catching 3-of-4 targets for 60 yards) and Vance McDonald (catching 4-of-5 targets for 52 yards) to go along with the emerging JuJu Smith-Schuster (catching 6-of-7 targets for 75 yards and a touchdown). All told, Joe Haden was solid in his return from a broken leg, holding the great DeAndre Hopkins to just 65 yards on six targets, breaking up one pass in the process. A healthy Steelers team is as good as any in the league.

While they managed to win against the Raiders on Christmas night, the Eagles have a ways to go before they’re going to generate the kind of confidence that is warranted traditionally by No. 1 seeds. Nick Foles has handled pressure (which has occurred on a third of his dropbacks) far worse than Carson Wentz had, generating a 40.4 passer rating on said dropbacks (against Wentz’s 81.7). While running the football is not the way to win over the long haul, it might be the way the Eagles have to do it over the next month and a half, having gained 2,045 yards (with 1,464 after contact) on 455 carries through 16 weeks.

The Saints’ win over the Falcons Sunday has them one win (or a Carolina loss) away from their first division title since 2011 (and first playoff appearance since 2013). Their offensive line has been the league’s most-efficient in pass blocking (84.3), and it’s not particularly close. This solid protection has benefitted Drew Brees, who has the second-highest passer rating in the league among active quarterbacks when clean (114.1). Couple this dynamic with their 4.7 yards per carry (best in the NFL) on the ground and their ninth-highest graded defense overall, and the Saints should be considered a frontrunner in the NFC moving forward.

The Vikings defense pitched their first shutout since 1993, which was also the last time they led the league in defense. They are currently surrendering only 280.9 yards per game (first), 4.7 yards per play (second), 5.2 nets yards allowed per passing play (second) and 3.7 yards allowed per rush (sixth). They are the third-highest graded defense in the league, with only one starting defensive player with a PFF grade below 75.0 (and none below 69.9). With Case Keenum (the league’s ninth-highest graded quarterback) playing hot and cold at times, it’s a comforting thing for Vikings fans to know they have such a dominating unit to fall back on if he struggles in the playoffs.

It wasn’t as glamorous as normal, but the Rams won a tough road game against a contending team last week on their way to their first division title since 2003, and the Los Angeles Rams' first division title since before both of us were born (1985). While that 1985 team’s running back (Eric Dickerson) ended up being a Hall of Fame player, this 2017 team’s runner has been every bit as good as his predecessor (even if the current Rams’ jerseys are not). One of the topics of last week’s #WellActually, Todd Gurley has the highest receiving grade (93.6) among running backs through the season’s first 16 weeks, with his 2.15 yards per route run fifth among qualifying backs.

We’ve backed the Falcons in these ratings for a few weeks, and they are among the league’s highest-graded units in many aspects of the game. That said, they simply haven’t been able to get over the hump on a consistent basis, especially offensively. Despite averaging 8.0 yards per pass attempt against a stout Saints defense, the Falcons were only able to score 13 points, surrendering five sacks and a quirky interception in the passing game, while failing to convert on the ground in two goal-to-go situations using Devonta Freeman. The Falcons are the odds-on favorite to clinch the sixth seed in the NFC entering Week 17. If they can, they will be a dangerous team in the NFC playoffs, given their postseason experience and familiarity with the well-represented NFC South in the first round.

Three straight home victories have given the Chiefs their first back-to-back division titles in team history. While Alex Smith’s anomalous season gets and deserve a ton of the credit, the Chiefs defense of late deserves praise for how they’ve played in pass coverage. Marcus Peters has allowed only four completions into his coverage since returning from his suspension, while intercepting two passes and breaking up another. Derrick Johnson, playing a more limited role, is currently seventh among linebackers in pass coverage grade (86.3), allowing the fewest yards per coverage snap (0.41) among qualifying inside linebackers. If they can continue to trend the right way defensively, their potent offense will give them a chance come January.

After a setback in Kansas City last Saturday, the Chargers took care of things on the road against the Jets in Week 16 (in a game that past Chargers teams would have likely lost). Needing a win and a Titans loss Sunday to enter the playoffs for the first time since 2013, the Chargers are poised to be a dangerous team should they make it. Passing the football and stopping the pass are the most important aspects of winning, and the Chargers have the fourth-highest graded passer since Week 4 in Philip Rivers and a defense that has two edge players grading above a 90.0 while no starting defensive back grades below an 80.0. Additionally, after missing most of 2016 with a knee injury, and struggling with ailments for much of his career, Keenan Allen has emerged as a bona fide superstar in 2017, generating 2.47 yards per route run, good for third among wide receivers.

It was a grind, but the Panthers came out of their final regular-season home game with a victory against Jameis Winston and the Bucs. In a game where they managed just 3.7 yards per carry on the ground, the Panthers leveraged a touchdown from their special teams, six sacks and 18 pressured dropbacks en route to a 22-19 comeback win. In what has been a splendid comeback season for Carolina, they have one more chance to shake up the NFC South, either by winning the division (with a win and a Saints loss) loss or by eliminating the division champ (Atlanta) from a season ago (with a win and a Seahawks win). 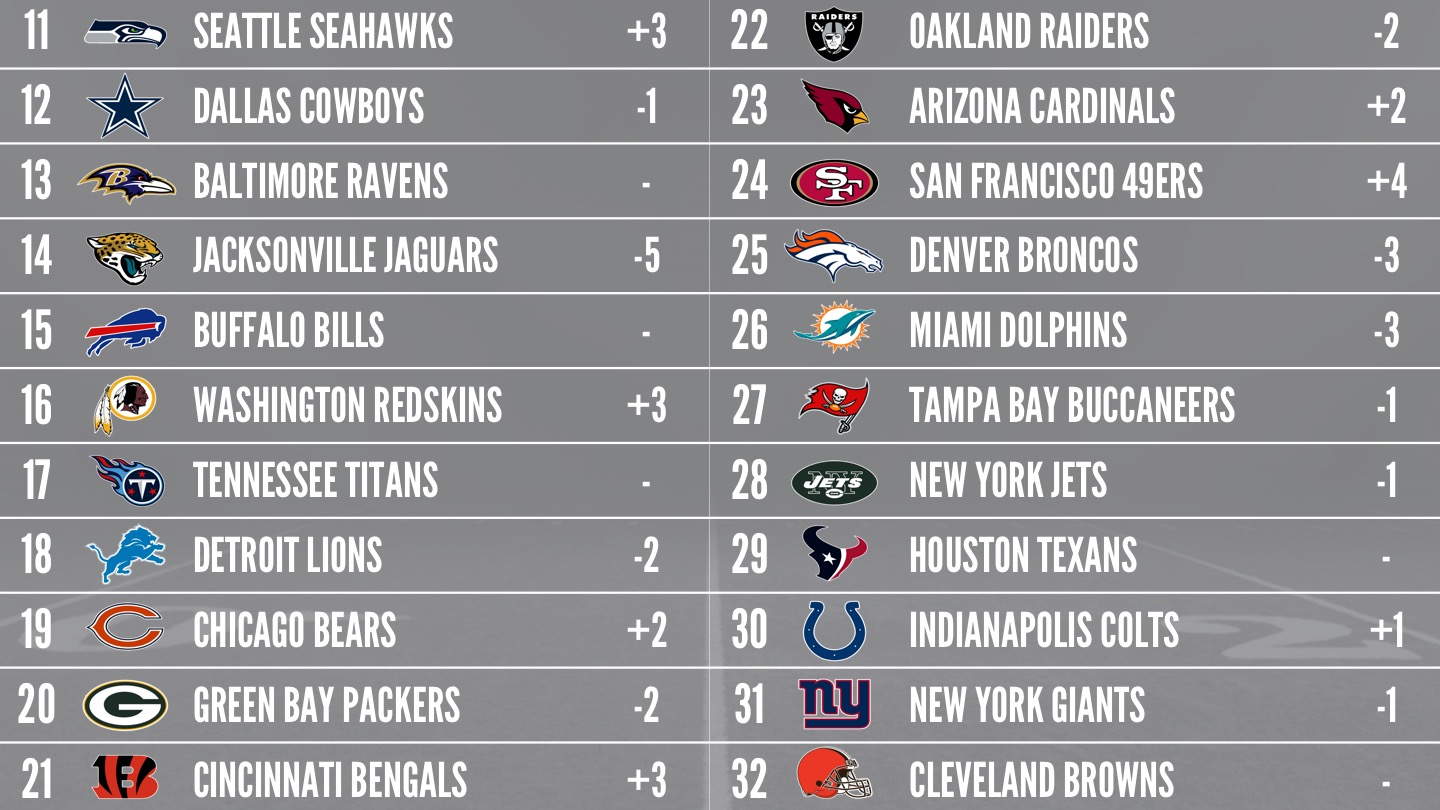