Predicting the 2022 NFL MVP: This year's honors are Josh Allen's to lose

• Consistency doing the trick for Josh Allen: Allen's worst game of the year might have been the Week 4 contest against the Baltimore Ravens, but he still averaged an above-league-average 0.09 expected points added (EPA) per pass play in the impressive come-from-behind win.

• Back to work for Patrick Mahomes: Mahomes' odds have decreased a little after winning performances from Josh Allen and Jalen Hurts in Week 8.

• Jalen Hurts needs perfection: Given the kind of seasons Allen and Mahomes are having, it will take a 16- or 17-win season for Hurts to beat them to the award.

• A $10 bet on Mahomes to win MVP would return $55 at BetMGM — qualified bettors from Kansas will also get a free PFF+ subscription and $200 in free bets!

After closing in on the MVP race with his Week 7 performance, Cincinnati Bengals QB Joe Burrow is likely out of the picture after a crushing loss to the Cleveland Browns on Monday night. Meanwhile, Buffalo‘s Josh Allen and Philadelphia‘s Jalen Hurts continued to win while Patrick Mahomes was on his bye week. 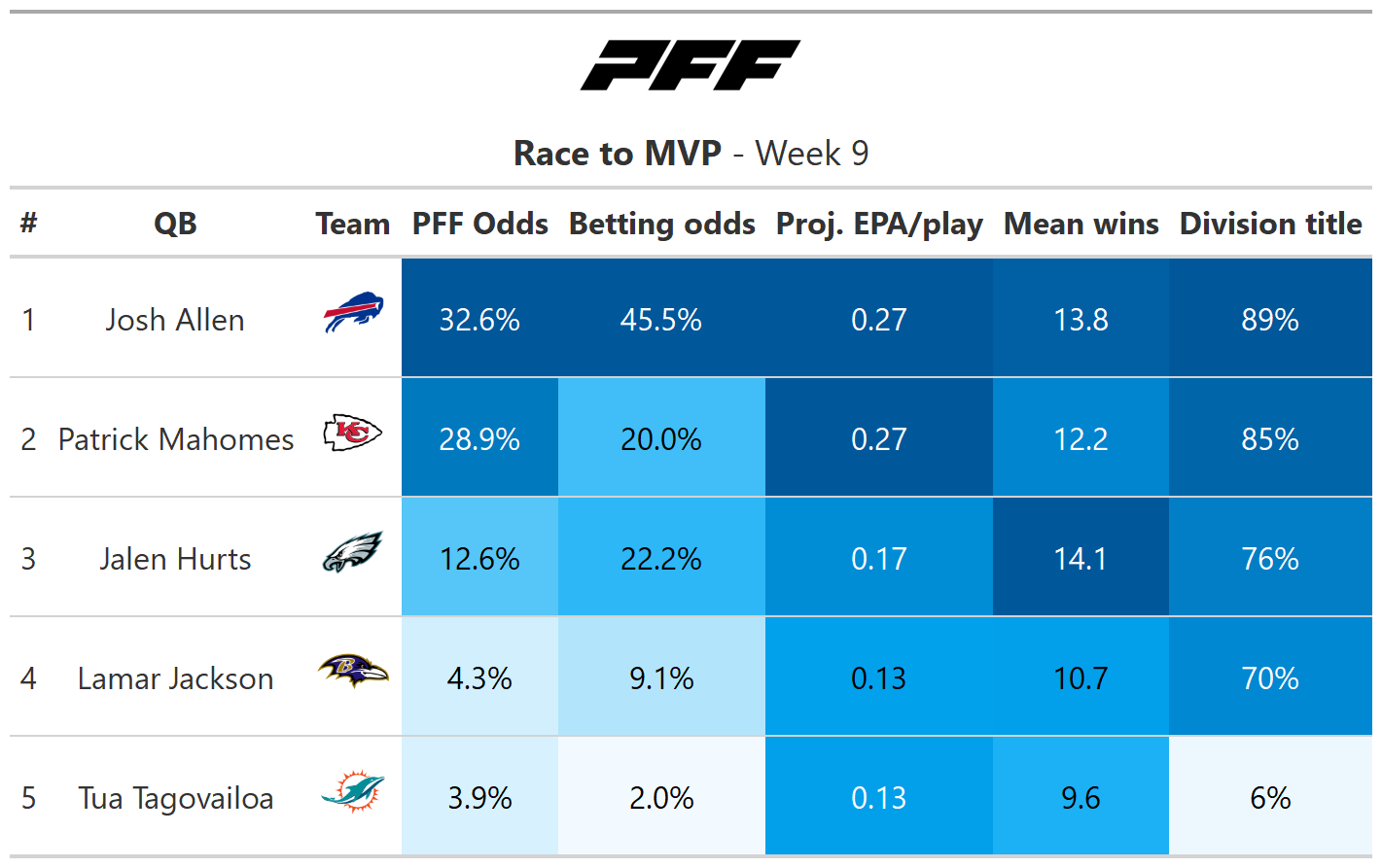 There was a lot of excitement about Sunday night's Bills-Packers game going into the season. Eight weeks into the campaign, most people expected Allen to defeat Aaron Rodgers in prime time, which says a lot about the different directions these two quarterbacks have gone over the last two months.

The remarkable part about Allen’s season is his consistency. His worst game might have been his Week 4 game against the Baltimore Ravens, but he still averaged an above-league-average 0.09 expected points added (EPA) per pass play in the impressive come-from-behind win.

This is a huge change from last year when the Bills QB was very good on average, but his dropbacks generated negative expected points in seven different games.

As long as he can avoid bad games, the MVP Award is his to lose.

Mahomes was on a well-deserved bye week and will return to action against the Tennessee Titans on Sunday night. His odds of winning the award decreased slightly because both Allen and Hurts played well and won.

Our simulations roughly estimate a 13% chance of the Eagles winning 16 or 17 games, and it’s not surprising that we give Hirts almost exactly the same chance of winning the MVP Award. Given the kind of seasons Allen and Mahomes are having, it will take a 16- or 17-win season for Hurts to beat them to the finish line.

Our rankings also adjust for defenses faced. Quarterbacks who face easier defenses are more likely to put up stats that will eventually help win them the MVP award.  We will update our pass-defense rankings throughout the season. 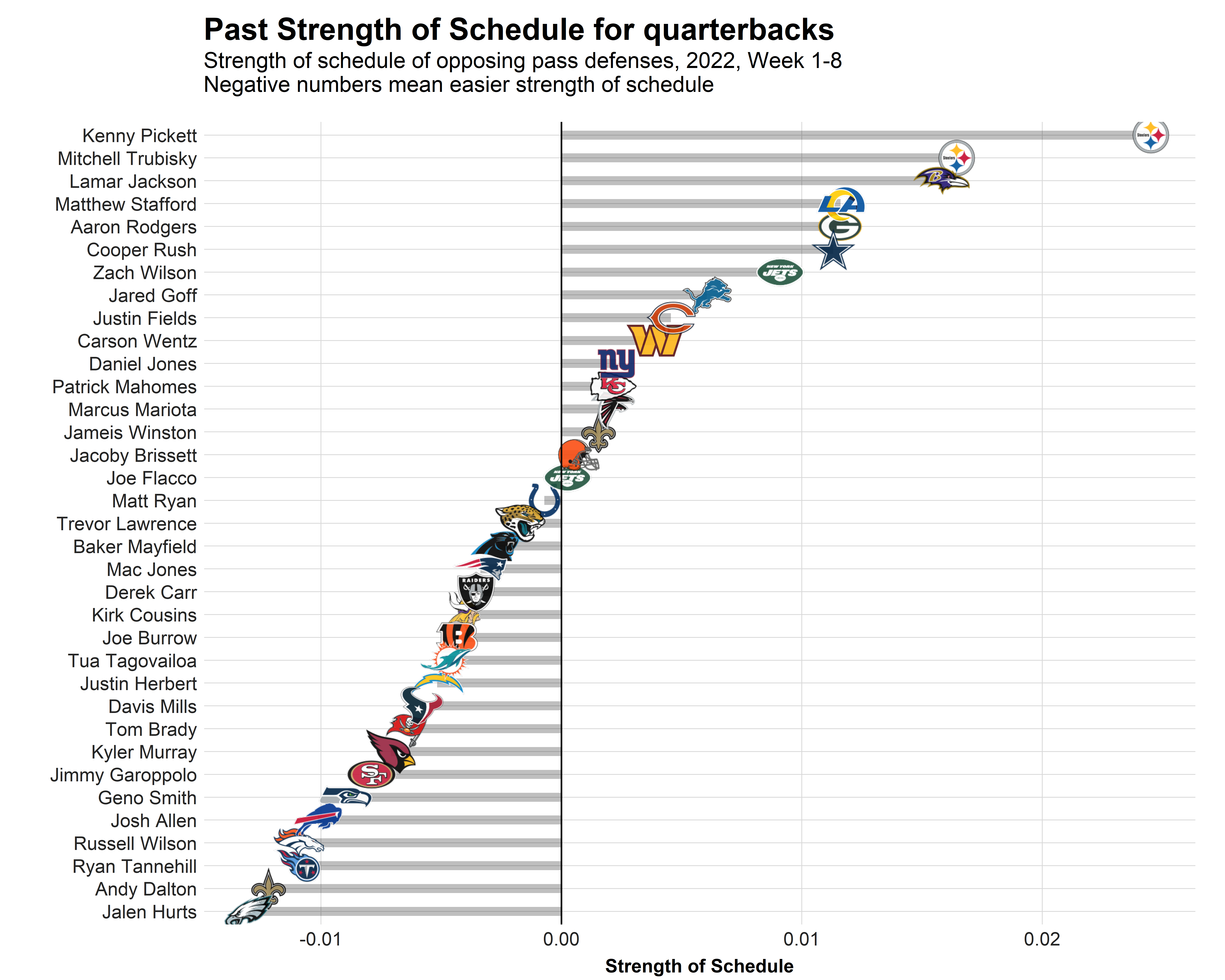 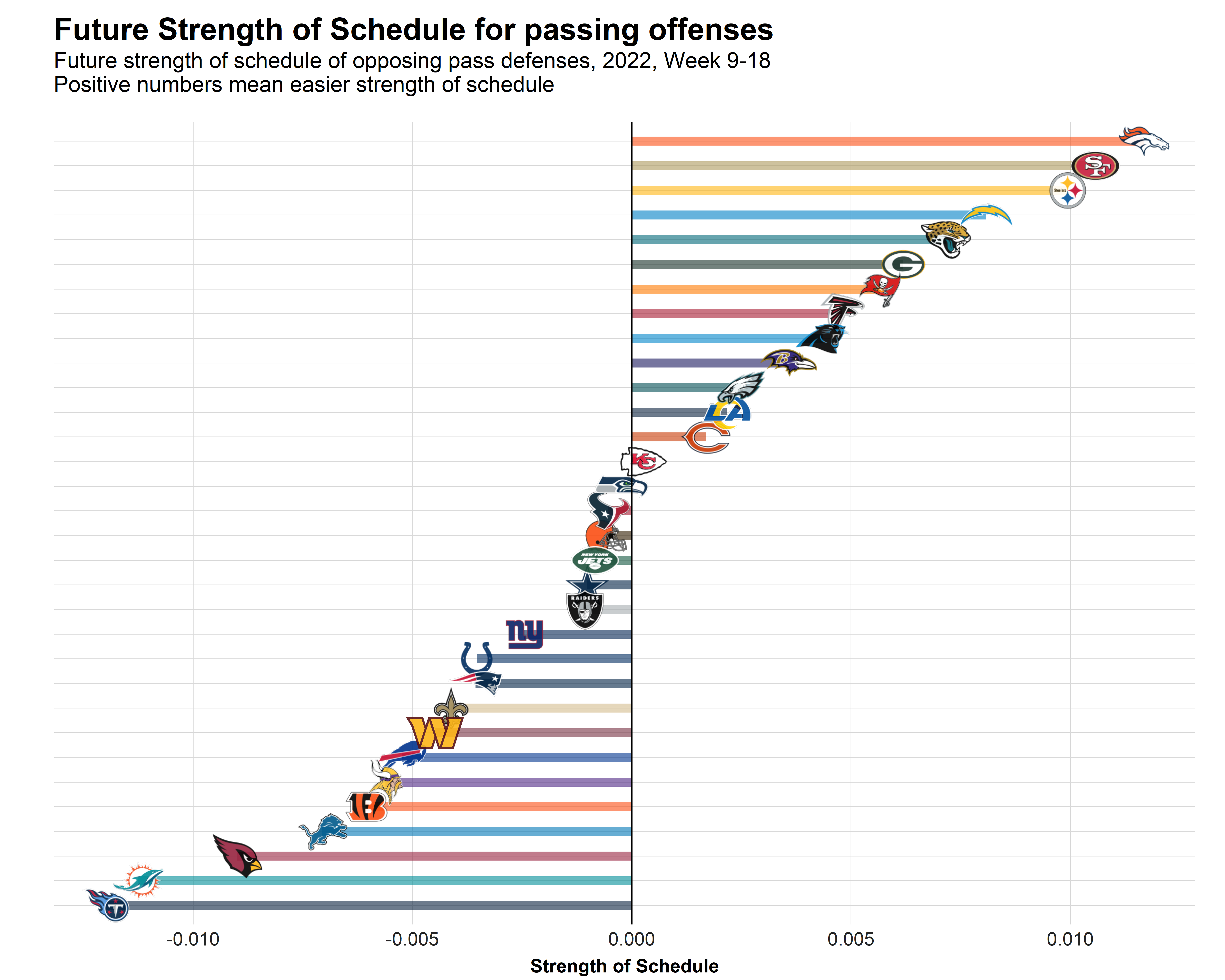