• Looking good for Josh Allen: Allen is the best quarterback in the league right now, as he leads the league in EPA per pass play and PFF overall grade.

• Patrick Mahomes stakes his claim: The Chiefs quarterback had the most efficient game of the 2022 season, generating 0.82 expected points added (EPA) per pass play against the league's best defense.

• A $10 bet on Mahomes to win MVP would return $50 at BetMGM — qualified bettors will also get a free PFF+ subscription and $200 in free bets!

Week 7 wasn't the most exciting week for the 2022 NFL MVP race because Josh Allen and Jalen Hurts were on a bye. However, this gave Patrick Mahomes a chance to make up some ground, and he did so with a great showing against a stellar defense. Interestingly, Joe Burrow also catapulted himself into a position where he could be part of the conversation if the three favorites slip up in the coming weeks. 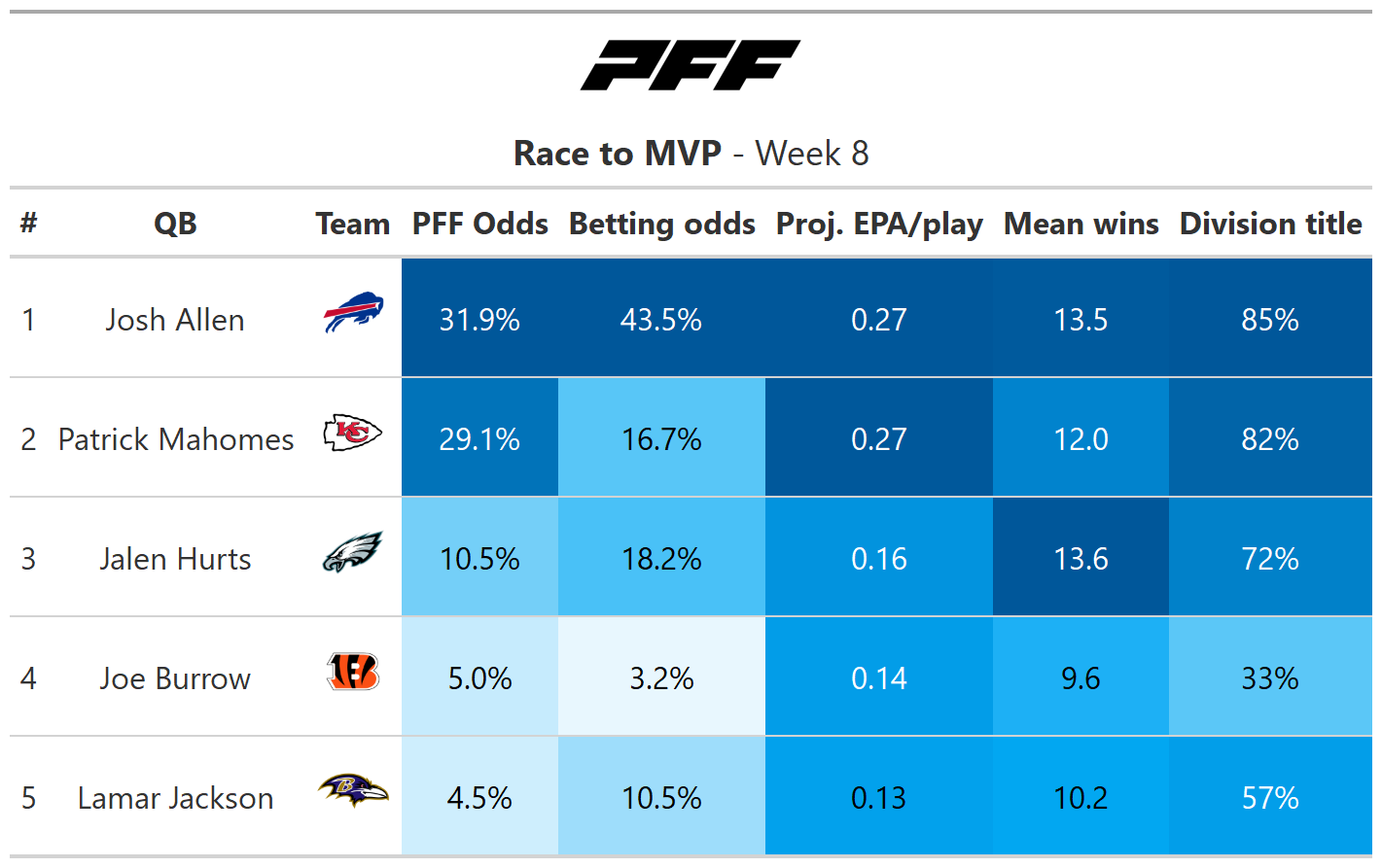 Allen was on a bye this past week, and the estimated odds of him winning the MVP Award slightly decreased because of how well Patrick Mahomes played.

The Chiefs quarterback did all that he possibly could have done to strengthen his MVP candidacy. Statistically, he had the most efficient game of the 2022 season, generating 0.82 expected points added (EPA) per passing play. Better yet, he did that against a defense that ranked first in EPA allowed per play going into the game.

It's rare for quarterbacks to truly dominate the best defense in the league, but exactly how rare is it? The answer is very rare. When looking at quarterback performances against league-leading defenses, Mahomes’ game on Sunday ranks first in total EPA among 134 such games. The difference between that and the second-best performance is four total points.

Funnily enough, Mahomes was also responsible for the second-best game — the divisional-round game against the Bills last year.

Having those kinds of games against top-tier defenses will naturally help him stake a claim for the award, even if Josh Allen still has a slight edge in our predictive rankings.

Hurts was on a bye week, so Mahomes' outstanding game made the Eagles quarterback's odds slightly longer.

Just like last year, our rankings also adjust for defenses faced, as quarterbacks who face easier defenses are more likely to put up stats that will help win them the MVP Award.

We will update our pass-defense rankings throughout the season. 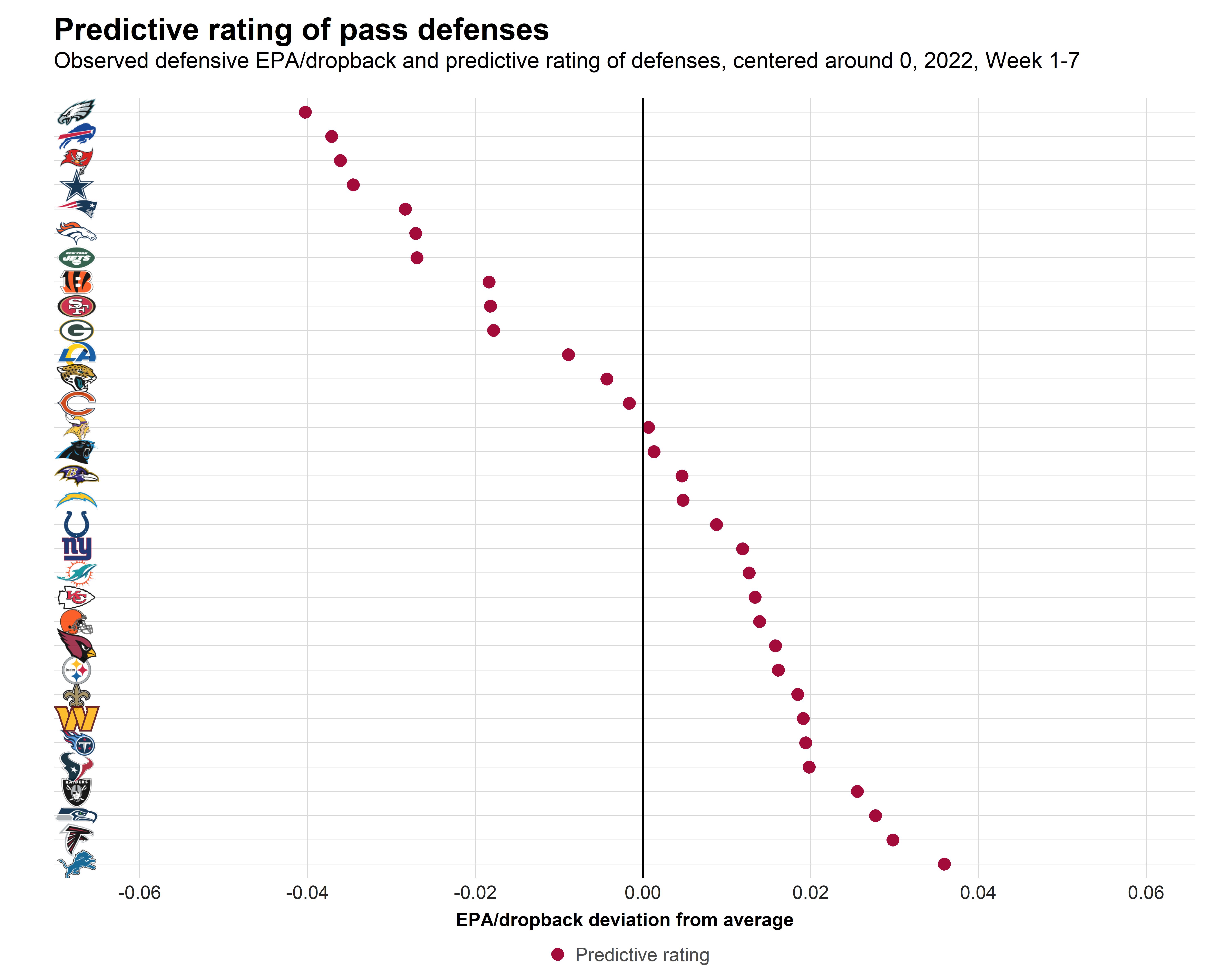 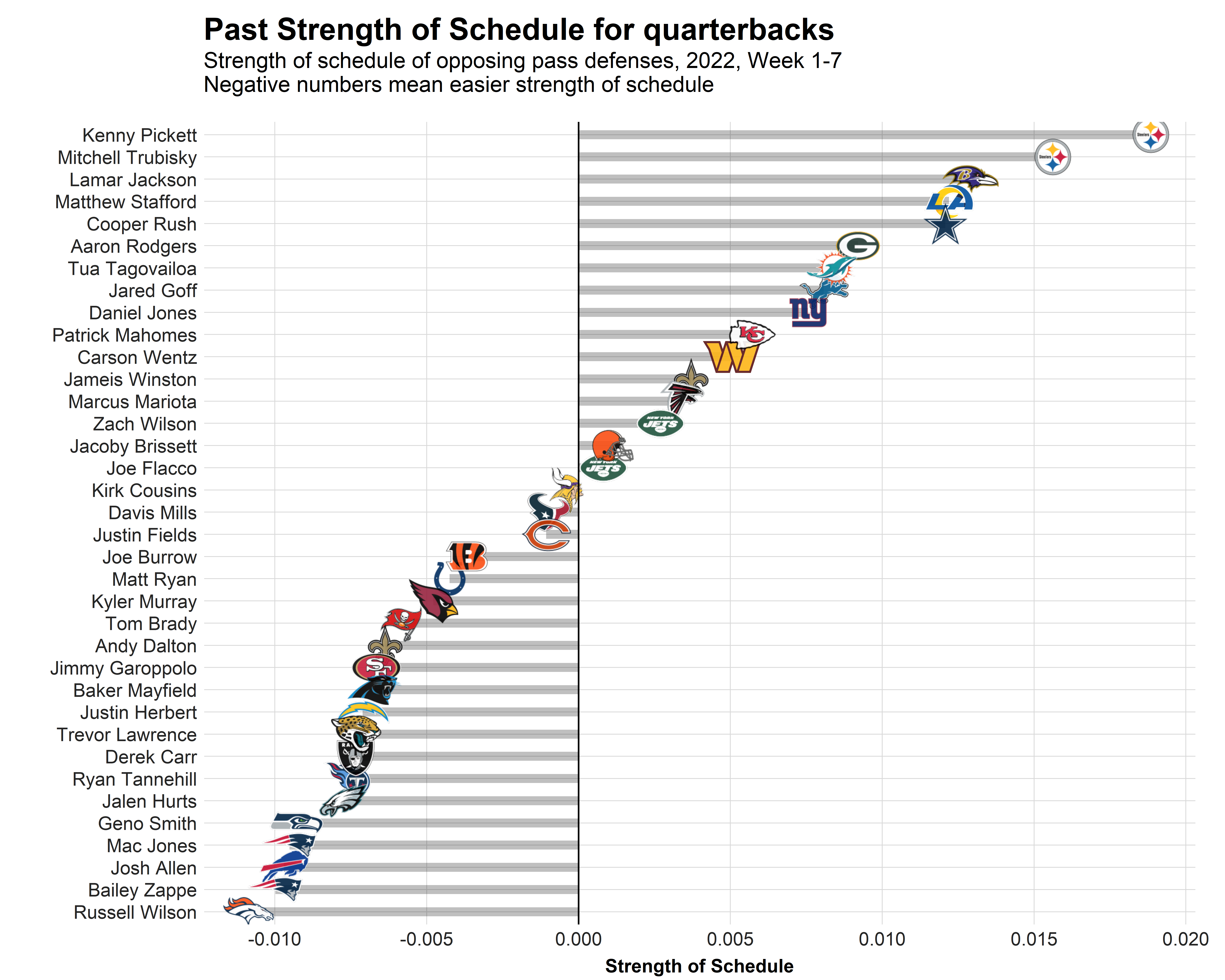 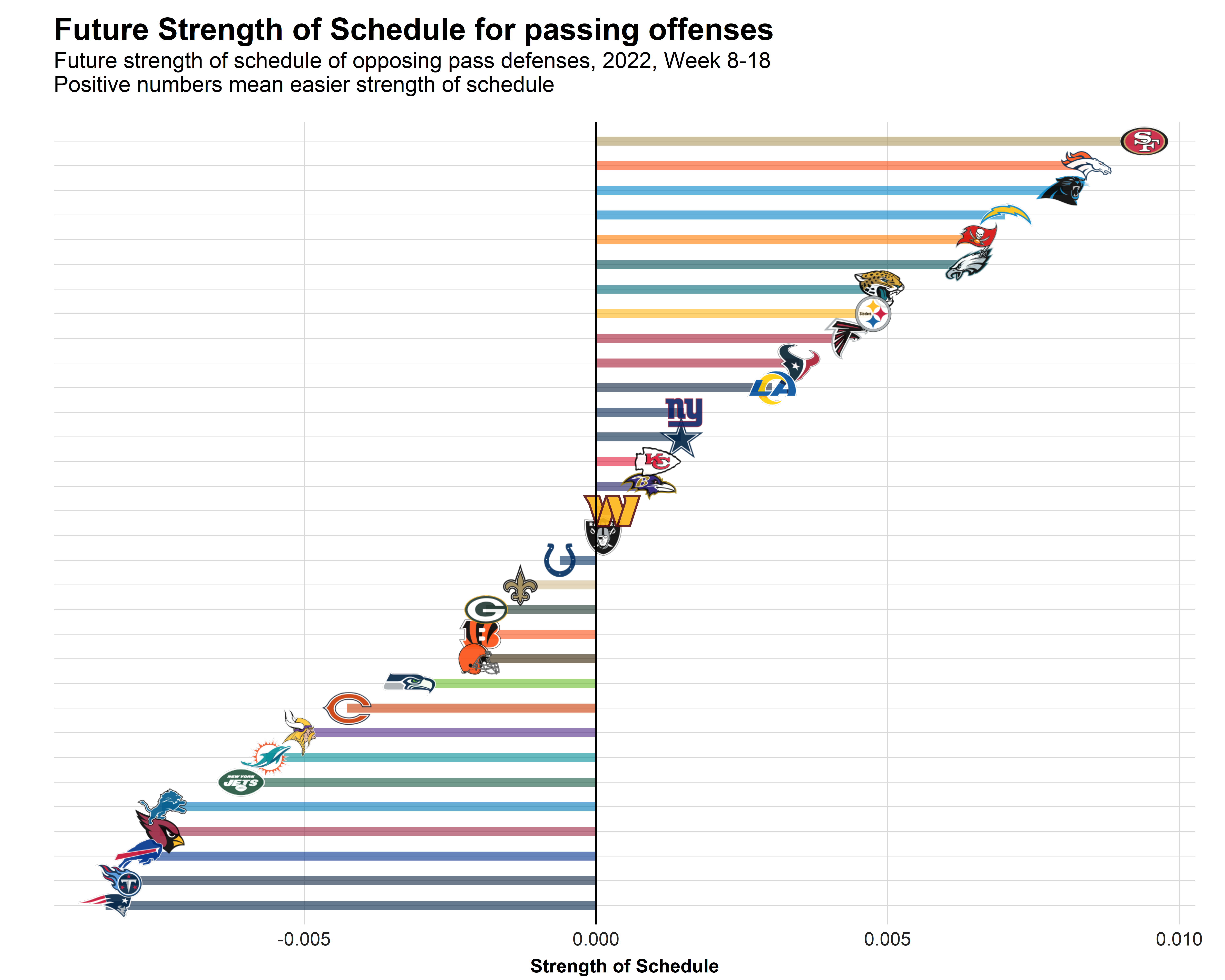