The analysis used the best advanced stats available to judge quarterback play and properly weighed the confidence we should have in a signal-caller’s performance based on their sample size.

I will apply the same framework to quarterbacks throughout the 2021 season, keeping an eye on how each player's current-year performance aligns with our best estimate for their skill level based on their entire career.

Even in a single season, there can be drastic differences in sample sizes for quarterbacks. This means that comparing unadjusted rate stats side by side can give too much credit to those who aren’t a big part of their offense and too little credit to those who dominate as their team's No. 1.

Before I dive straight into the PFF analytical quarterback rankings through Week 4, I’ve provided some visualizations to give proper context to how these quarterbacks performed in PFF grade and EPA per play and some important data splits that show the potential for regression moving forward. 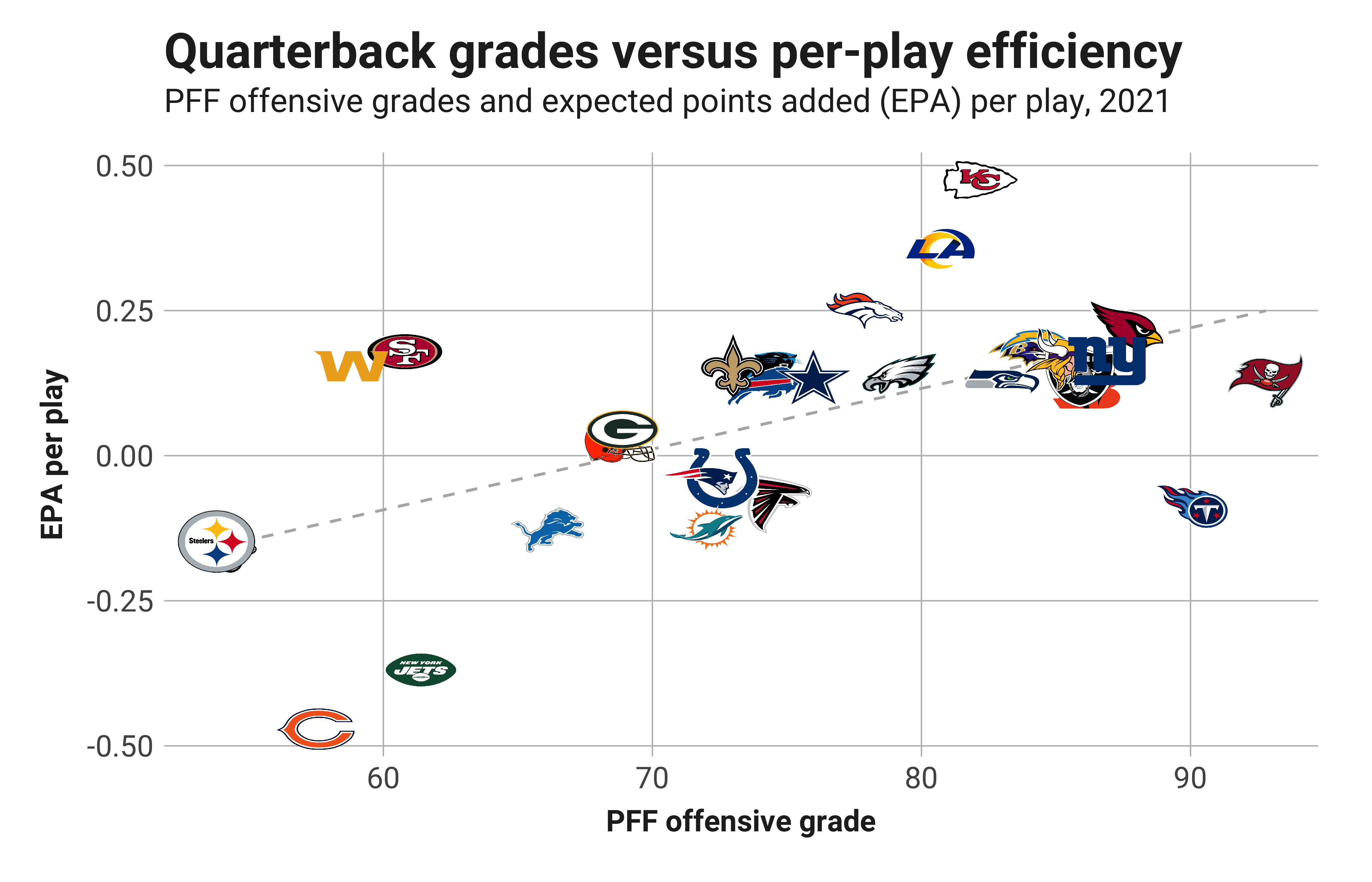 Matthew Stafford and Patrick Mahomes are vastly outproducing in efficiency versus PFF grade, while it’s the opposite situation for Tom Brady and Ryan Tannehill.