• A $10 bet on Mahomes to win MVP would return $22.00 at BetMGM — qualified bettors from Kansas will also get a free PFF+ subscription and $200 in free bets!

Patrick Mahomes missed the opportunity to clinch the MVP race in Week 13, partly due to the heroics of Cincinnati Bengals QB Joe Burrow, who is now a part of the conversation along with Mahomes, Jalen Hurts and Josh Allen.

So, how do the odds stack up going into Week 14? 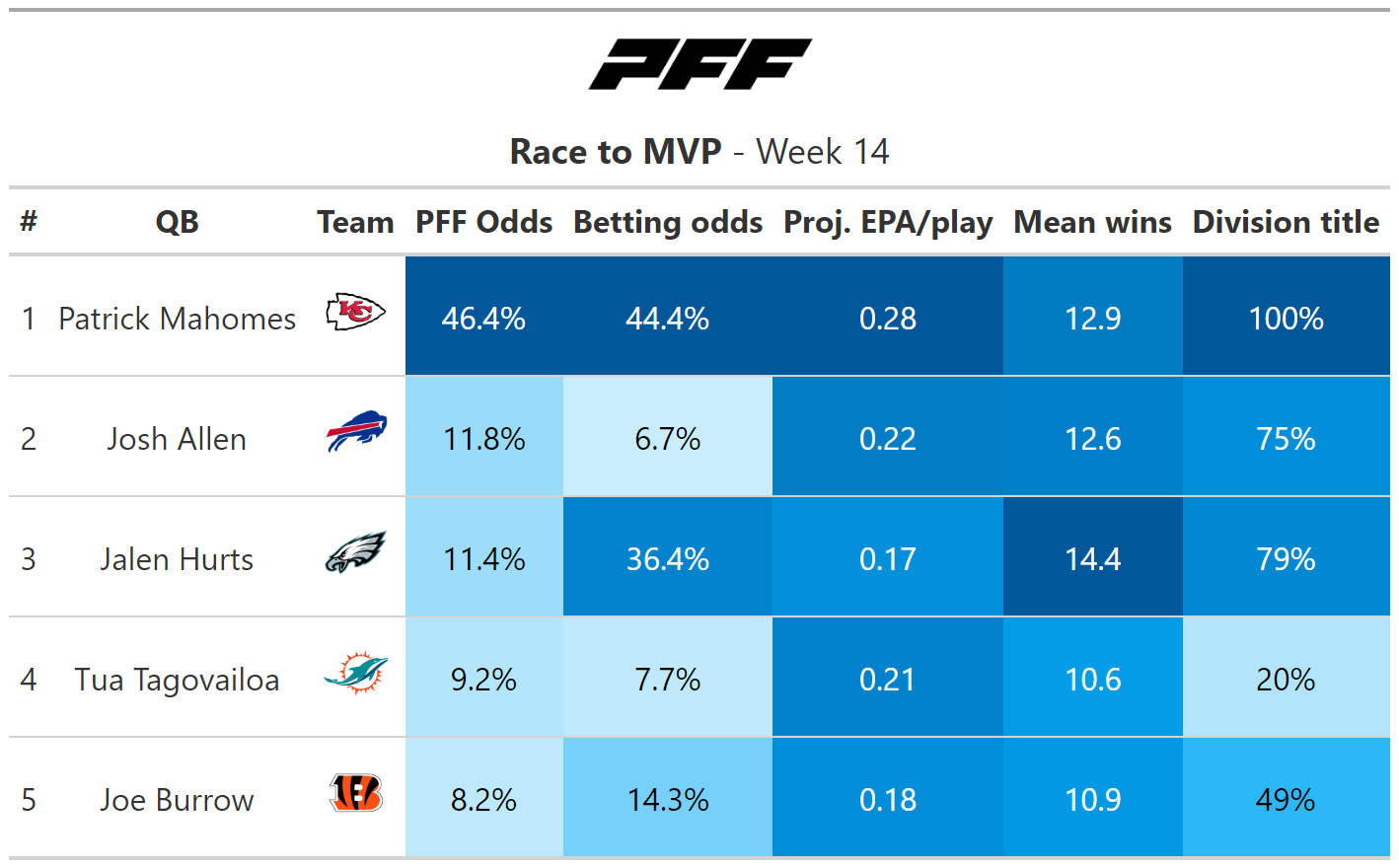 The Cincinnati Bengals once again got the best of Mahomes and the Chiefs, but we definitely can’t blame Mahomes this time. After removing Kelce’s fumble from the data, Mahomes had a very efficient day that wasn’t any less efficient than the great Joe Burrow on the other side of the field.

Still, Mahomes' MVP Award is definitely in danger again since he no longer has control of the No. 1 seed in the AFC. If the Bills win out, Josh Allen has head-to-head wins over Mahomes and Joe Burrow and the best team success in the AFC. That would be hard to overcome even for Mahomes.

The Chiefs QB is still the favorite because his team has an easier schedule left and his stats are better. Every other quarterback needs the team-success factor against him, which will be a tough ask, given that the Chiefs finish the season 14-3 in 31% of our simulations.

Allen dominated against one of the best defenses in the NFL this week, yet his MVP odds haven’t moved at all. This would be understandable if Mahomes had won his game, but with Mahomes and Tua Tagovailoa giving up some piece of the pie, it’s hard to comprehend why the Bills QB hasn't benefitted.

The Bills have the inside track toward the No. 1 seed in the AFC, and if they manage to do that, Josh Allen will be part of the conversation. I like him more than the market does right now.

Just when it looked like the wheels might fall off a bit, the Eagles offense has started an impressive stretch of play.

Hurts is definitely a force to be reckoned with in the MVP race. The rematch with the Cowboys in Week 16 will probably play a huge role in the number of MVP votes he receives.

Burrow entered the MVP conversation after his win against the Chiefs and Patrick Mahomes on Sunday. But while he has played very well in recent weeks, I probably have to pump the brakes a bit here — in terms of both stats and wins, Burrow has ways to go before catching Mahomes. Also, both Josh Allen and Jalen Hurts are projected to have a better record and finish the season with higher efficiency.

Still, if he continues his excellent play in the coming weeks, we definitely have to keep an eye on him in the race. 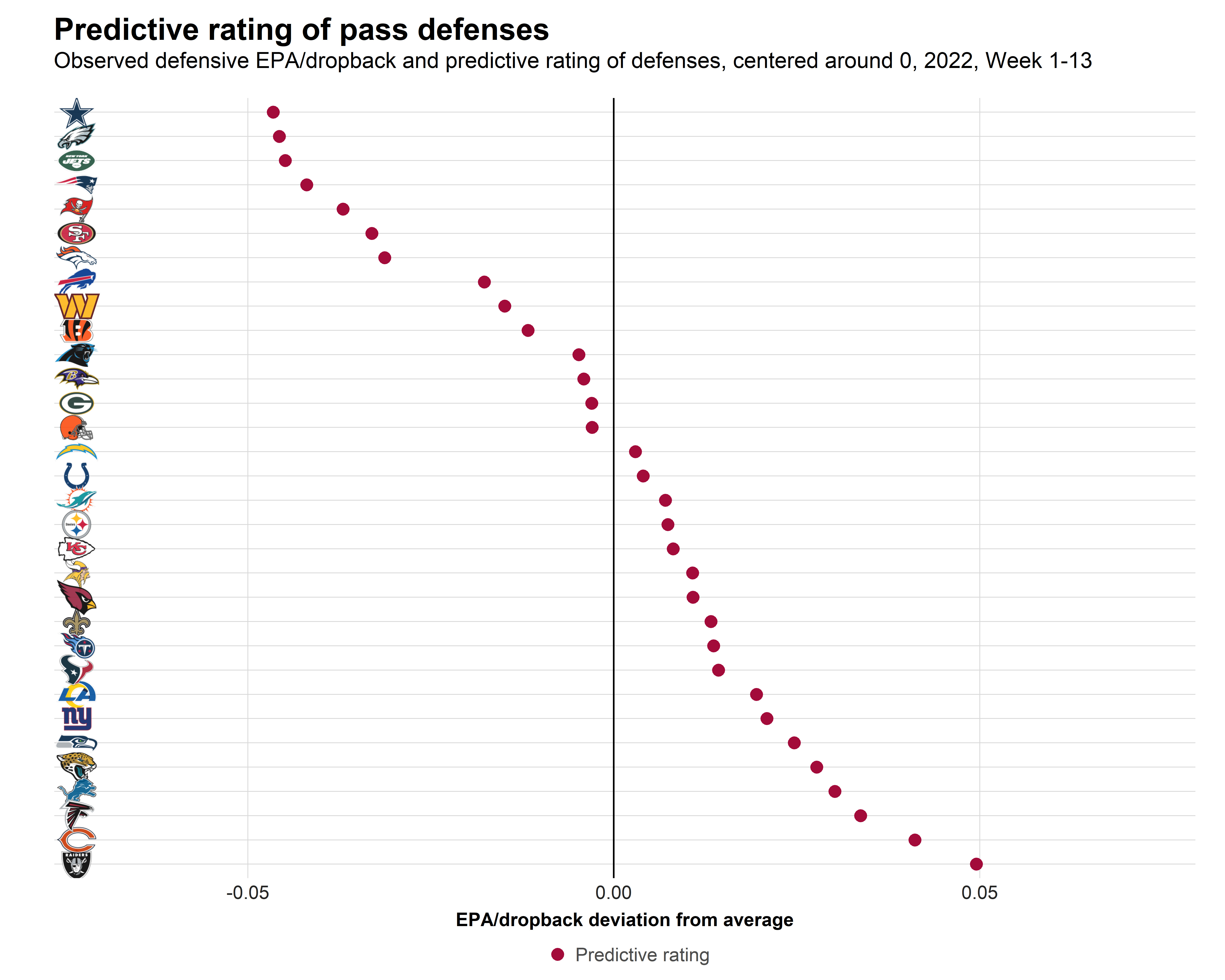 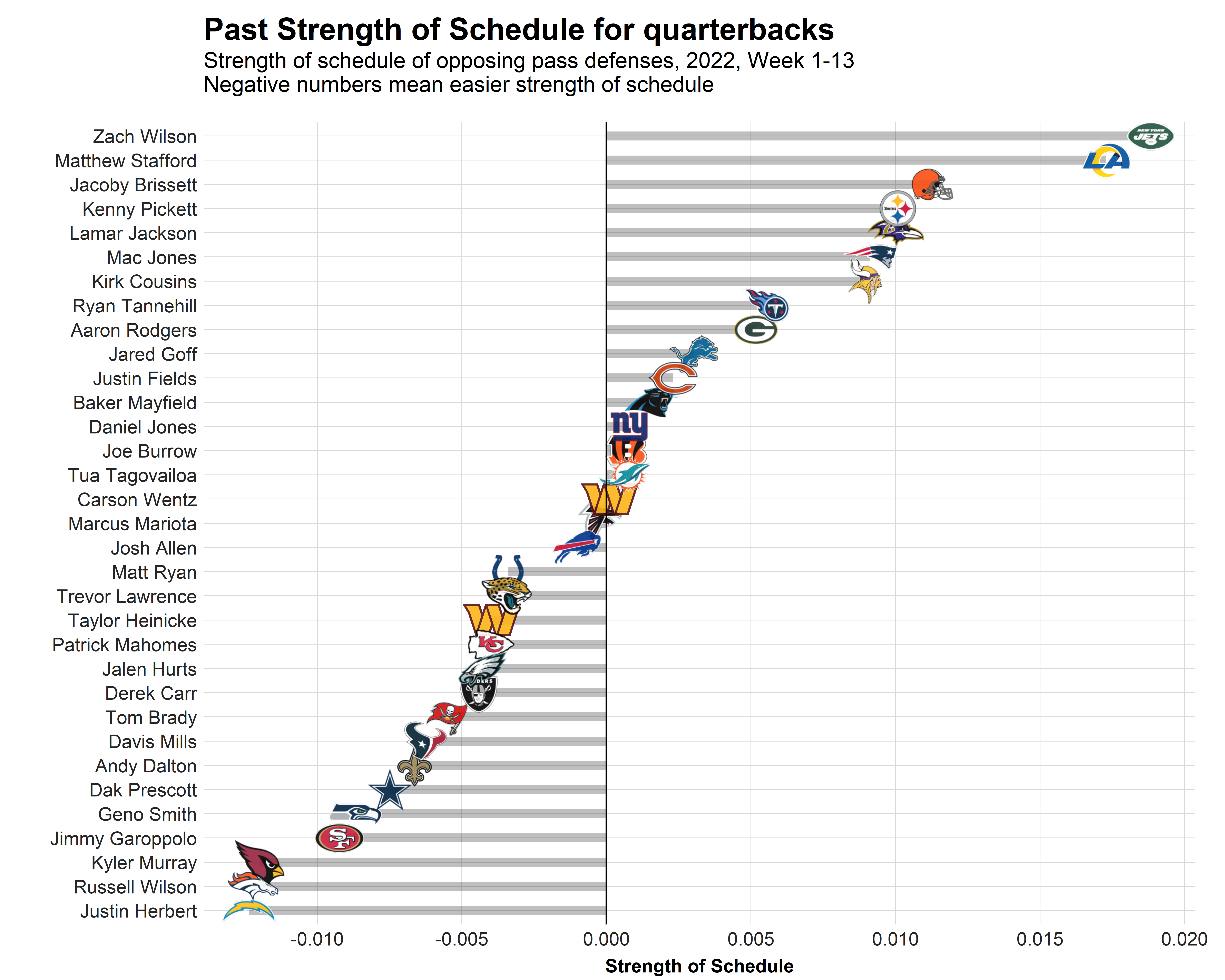 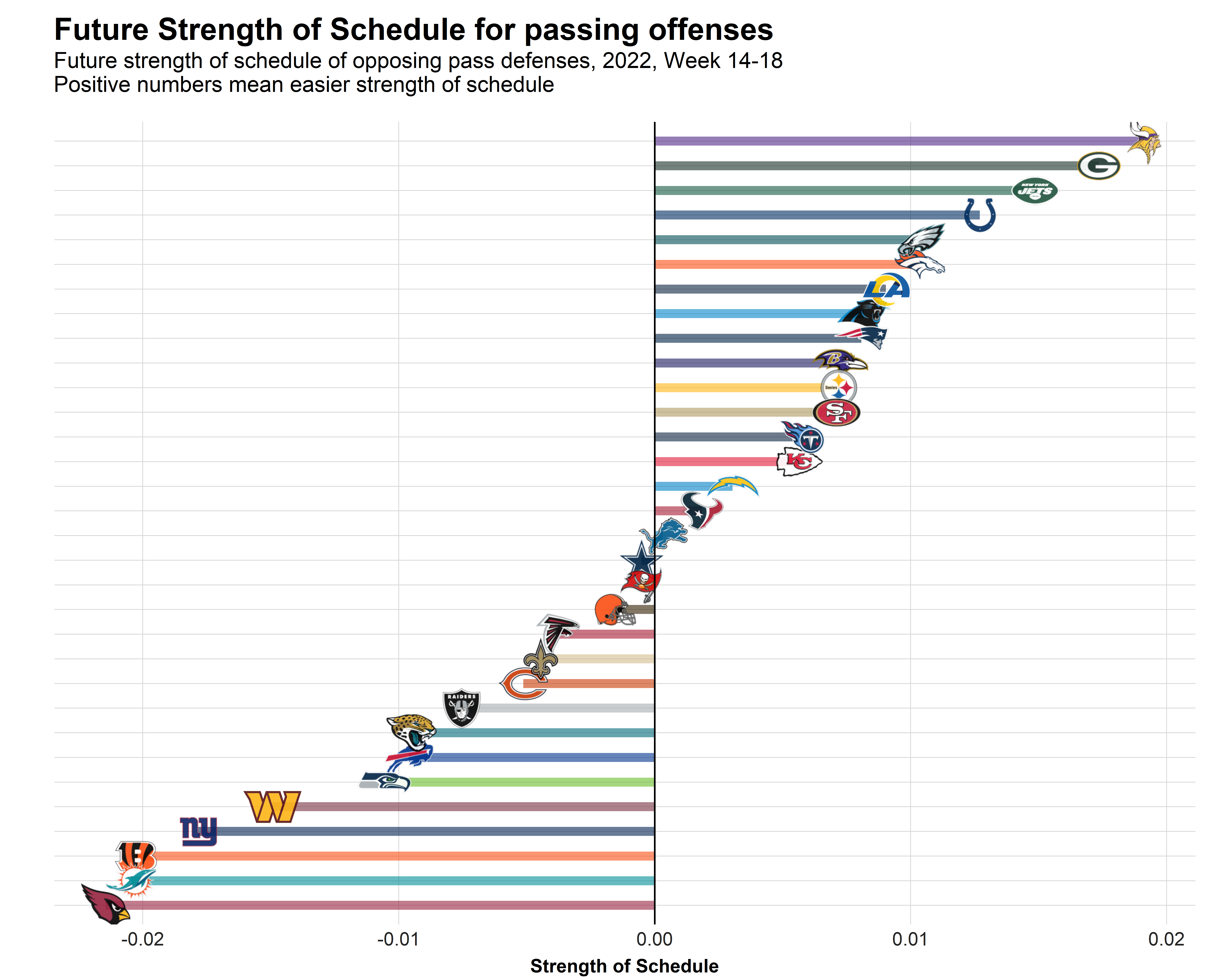