Measuring Quarterback Resilience: How each NFL quarterback performs after getting hit

With the clock ticking on a full-scale rebuild around the No. 1 overall pick in the NFL Draft, Browns general manager Sonny Weaver soon gets a tip about Callahan's tendency to fold on plays following a sack or hit. And sure enough, the tape showed how the Heisman Trophy-winning quarterback would get flustered at any sign of pressure after being taken to the turf by the pass rush, causing him to throw the ball out of bounds at the first opportunity to do so.

Draft Day is purely fictional, of course, but general intuition tells us real NFL quarterbacks should behave in the same way. If a quarterback gets hit on the previous play, we can expect them to want to get rid of the ball quicker on their next pass to avoid having to go through the same feeling of having their bones driven into the field. We can also assume that their level of play might not be as high because they still might be shaken up after taking a hit. 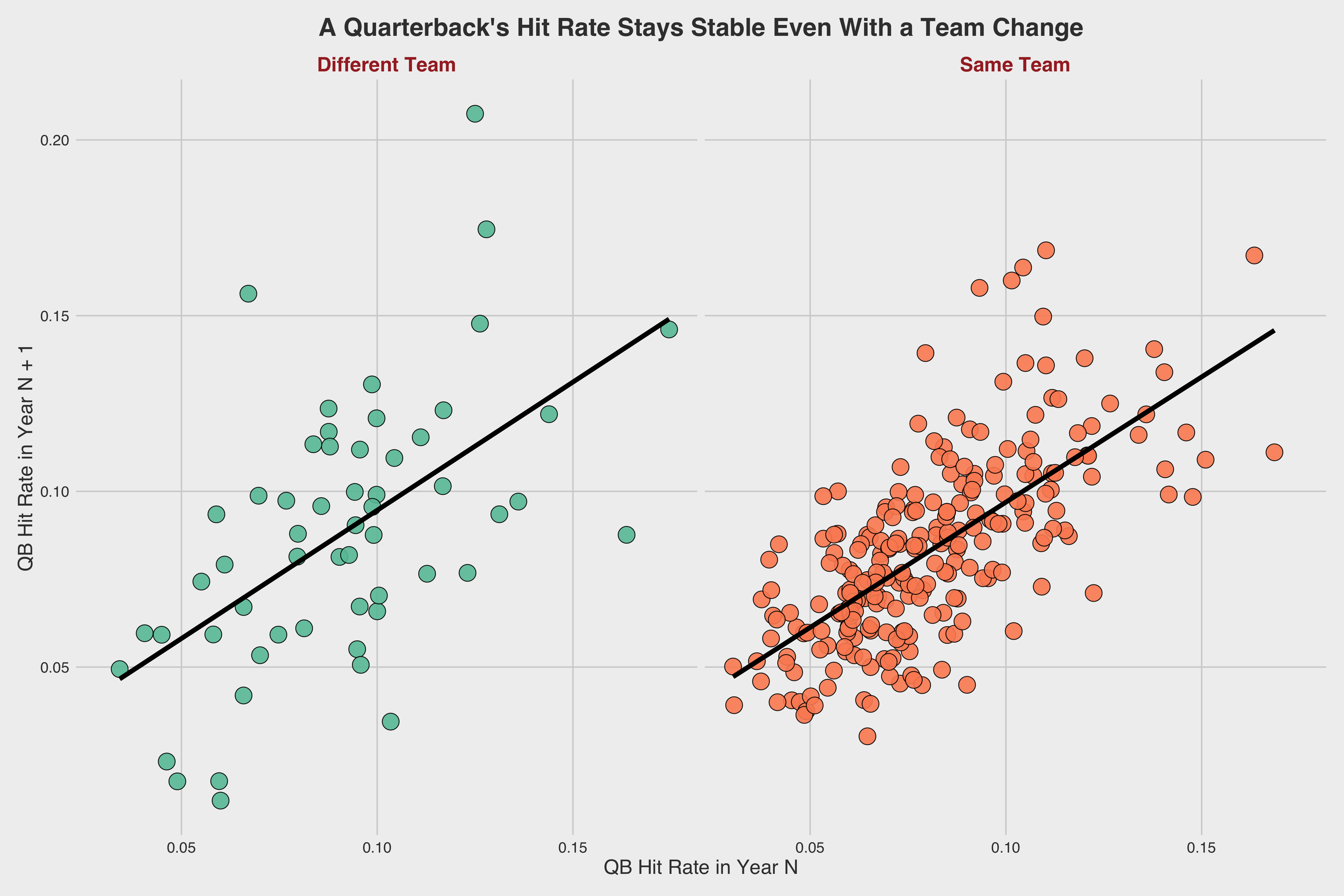 As seen above, hit rate is strongly correlated year to year. This is true even when a quarterback changes team, when he is put into a whole new situation with a different offensive line.

In fact, quarterback hit rates stay linear throughout their career: 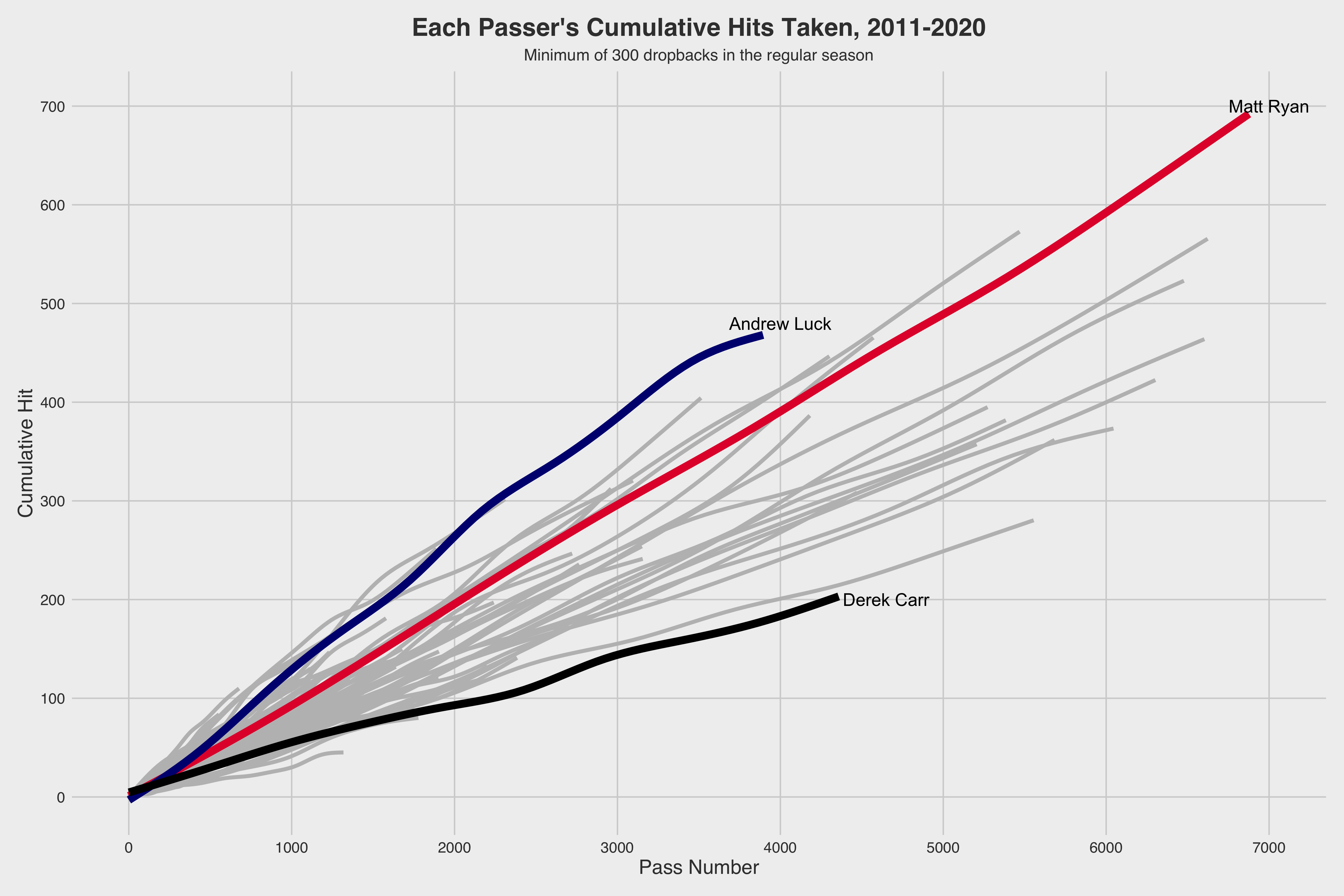 Even as quarterbacks get older and gain more experience not only reading defenses but throwing with anticipation, they still get hit at the same rate as they did early in their career.

Andrew Luck, highlighted in the chart above, earns the unfortunate distinction as the quarterback with the highest hit rate since 2011, with a total of 473 hits. This could well have contributed to his early retirement.

The same chart shows that no one has thrown more passes than Atlanta Falcons quarterback Matt Ryan in that timeframe, confirming just how many miles are on his clock. Derek Carr, meanwhile, has attempted a similar number of passes as Luck but has received about 300 fewer hits.

There is no better way for a quarterback to keep himself clean than by getting the ball off quickly. When quarterbacks get hit, it’s often because their time to throw reached or exceeded 3.00 seconds. 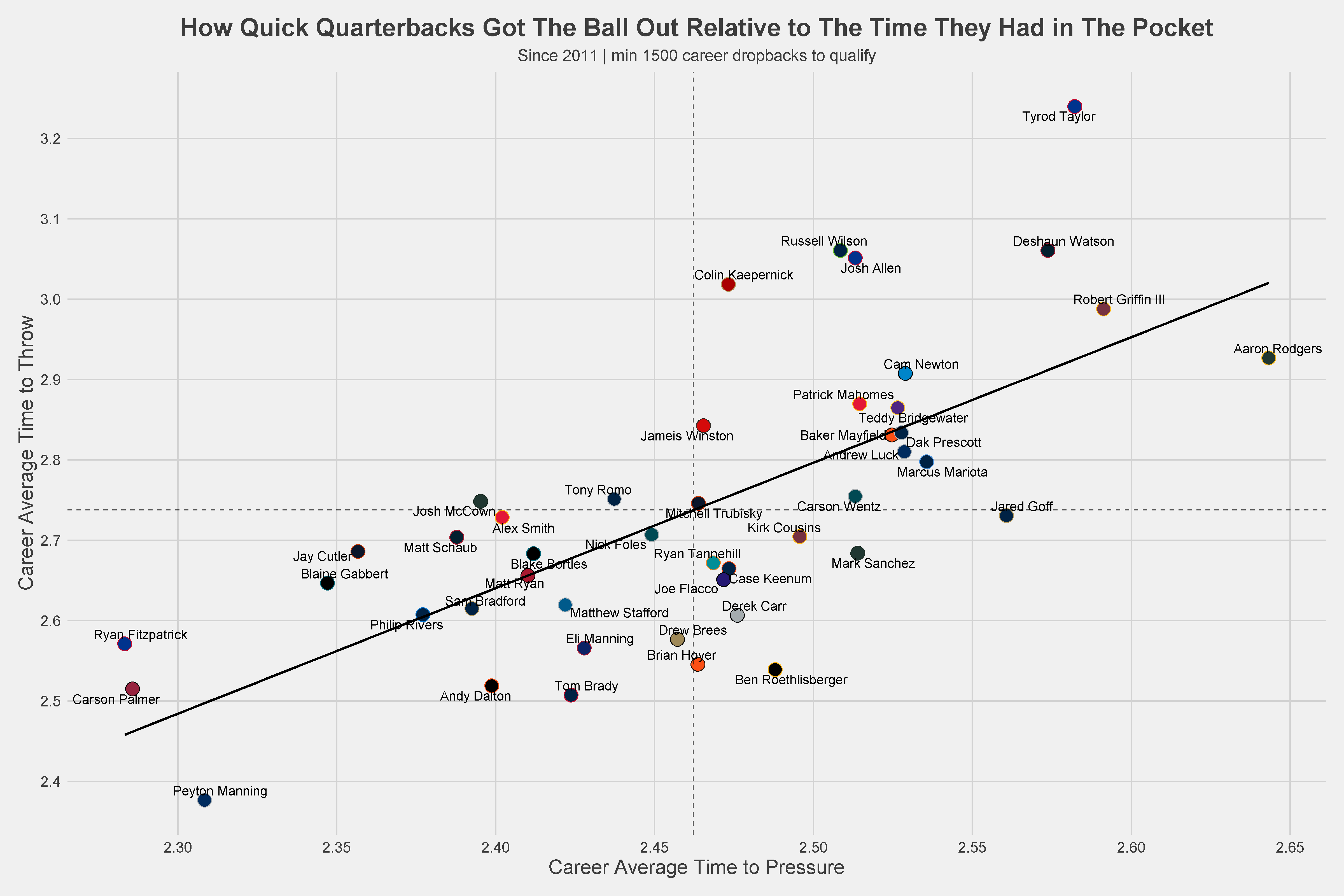 Carr has maintained a low hit rate throughout his career by having an above-average offensive line and below-average time to throw — he’s protected and gets the ball out quickly. Russell Wilson is on the opposing side because he’s contributed to a lot of pressure by holding onto the ball well after the pressure gets there.

Now that we’ve established that hits are a QB stat and some signal-callers are more responsible for their hits than others, we can dive into how they perform when hit.

Let’s first examine how quickly quarterbacks throw the ball on the next play directly after getting hit. 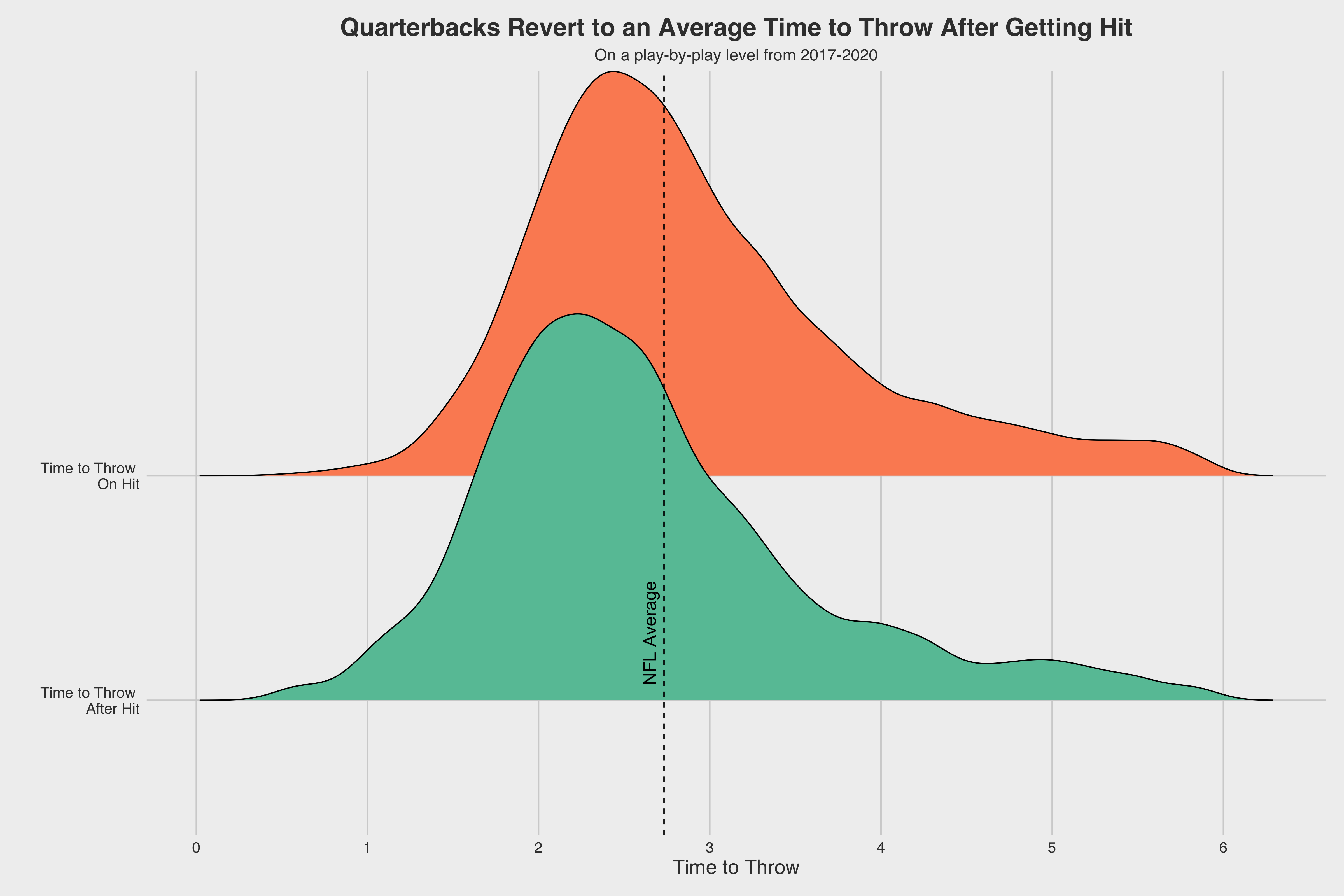