It’s a four-year, $98.98 million contract with $95 million in new money and $53 million guaranteed, NFL Media’s Tom Pelissero reported. Crosby, 24, was selected in the fourth round of the 2019 NFL Draft out of Eastern Michigan. This is the first year he was eligible for an extension. 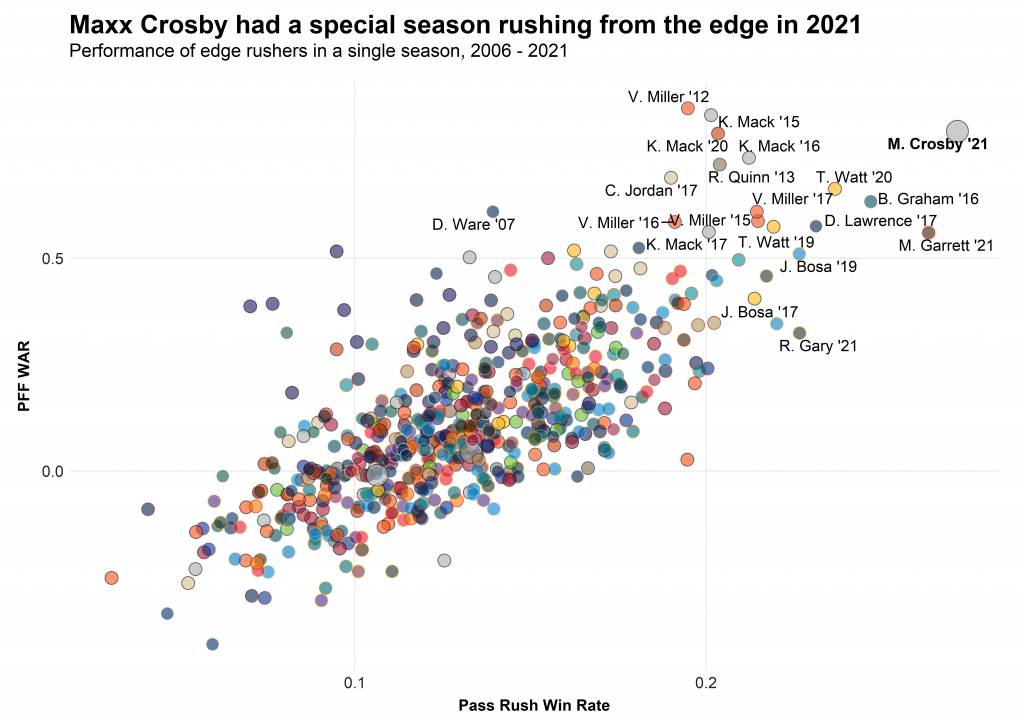 March 11th is a special day for Crosby, as he tweeted Friday that he’s two years sober with a picture of a 3-11-20 tattoo on his right hand.

Crosby is the first member of the 2019 Draft class to sign an early extension this offseason, and he becomes the fourth-highest paid edge defender in the NFL in terms of per-year average at $23.75 million.

New Raiders general manager Dave Ziegler wasted no time locking up the team's best defensive player to a multi-year contract extension and can now turn his attention toward a potential extension for quarterback Derek Carr.

Crosby can hit the market again before he turns 30 years old, setting himself up for another potentially huge payday down the line. The  Raiders are doing their best to keep up with a vaunted AFC West that has seen the Denver Broncos trade for quarterback Russell Wilson and the Los Angeles Chargers trade for edge defender Khalil Mack in the past week.