For each of the offensive tackles below, the closest comparable players were found by measuring the similarity between them based on several features — age (within one year), WAR, previous-year WAR, WAR per snap, PFF pass-blocking grades and PFF run-blocking grades.

The first plot shows the relevant WAR numbers for each of the tackle’s closest comparisons, the next displays past and future performance for the free agent based on the comparisons and the final table shows the dollar values based on positional WAR baselines for each outcome (expected, ceiling and floor) through 2023.

It’s more difficult to find comps for Armstead than for younger tackles. He is entering his age-30 season, and there have been a handful of successful tackles who continued to play at an elite level well into their 30s. 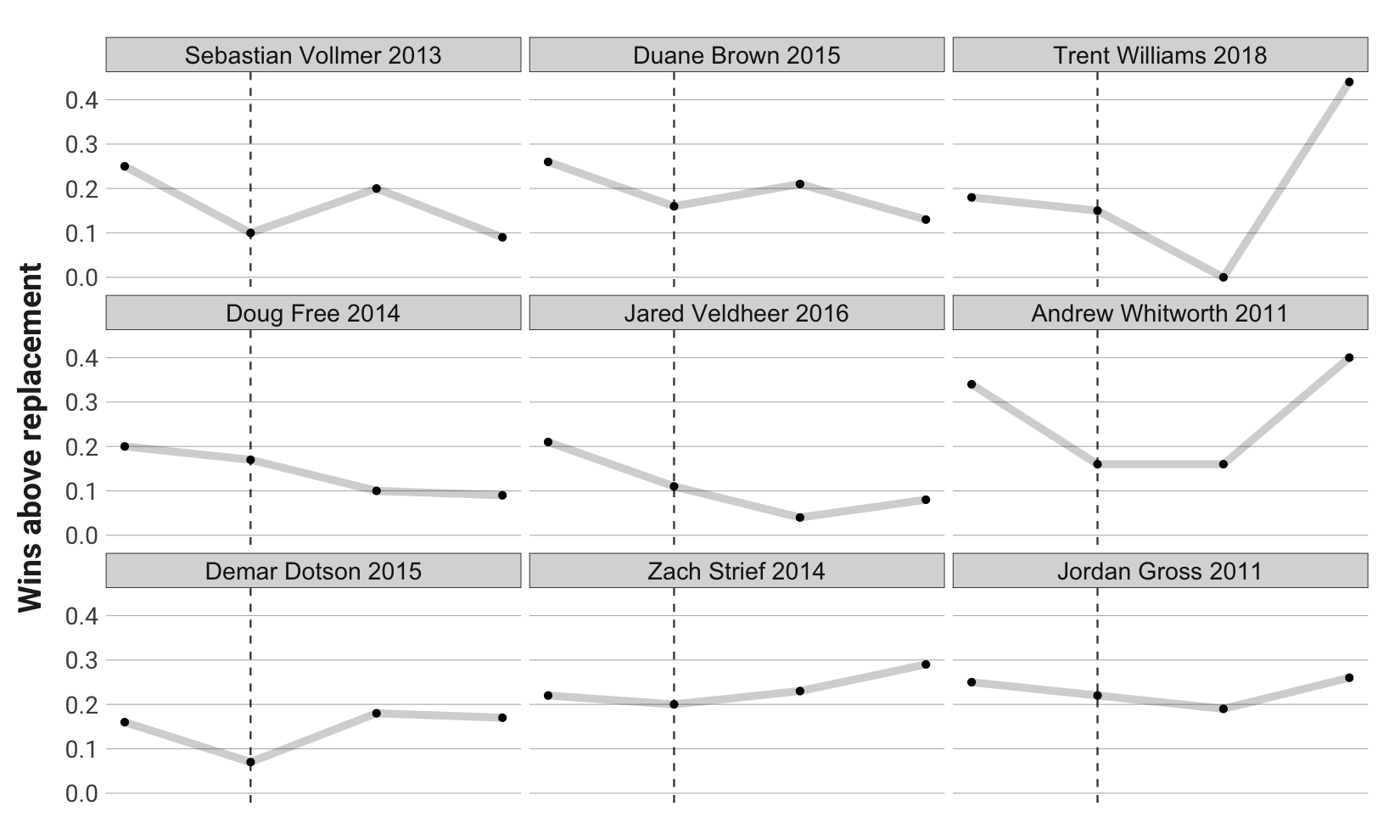 Armstead’s grading fell some in 2020, but the biggest reason his WAR production fell is injuries keeping him off the field. He played only 263 pass-rushing snaps in 2021, compared to an average close to 600 the prior two seasons. 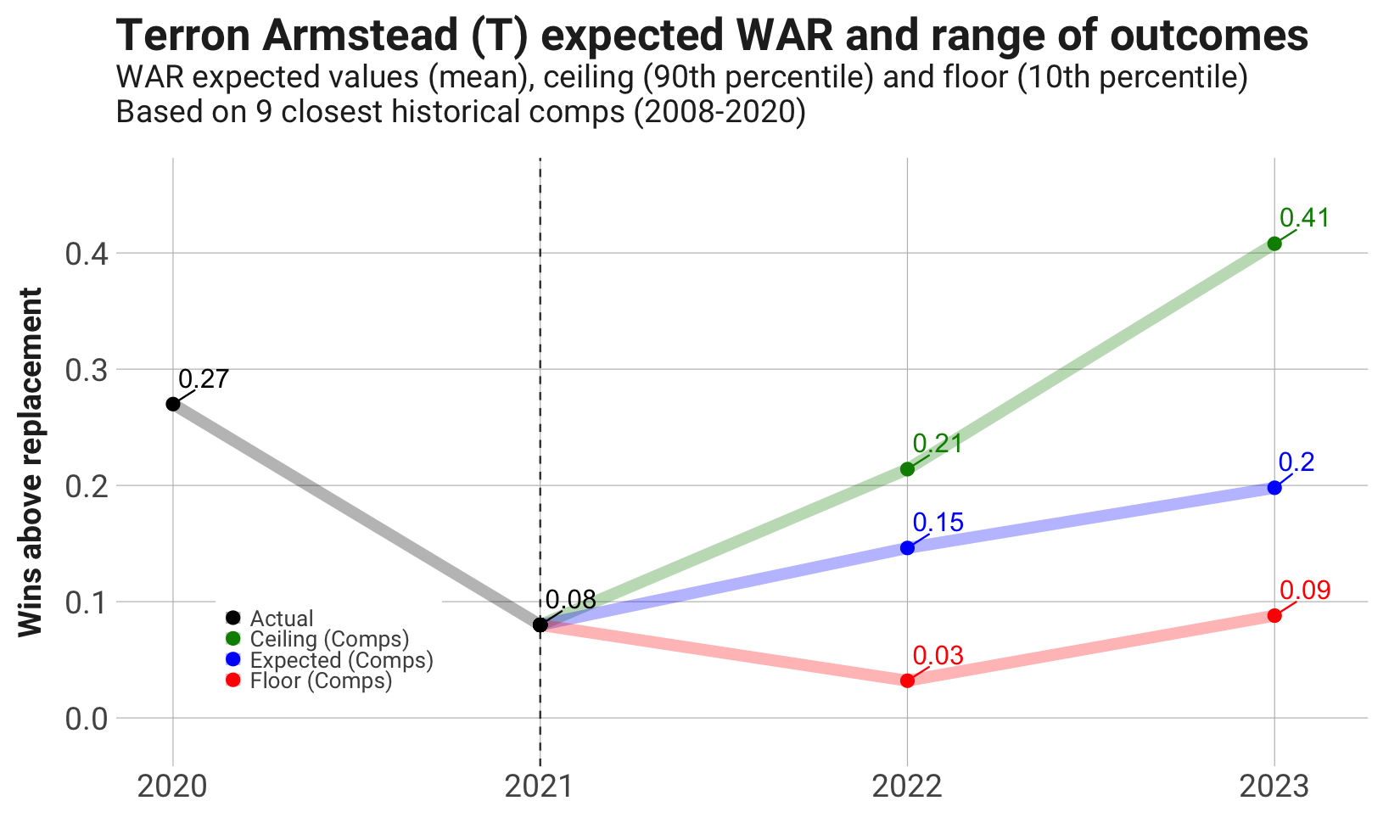 We project Armstead will sign for around $19 million per season for three seasons. The Saints could use the franchise tag and try to extend him, but they already have a ton of money invested in younger tackle Ryan Ramczyk.