The New Orleans Saints have a new heir to Drew Brees.

After weeks of speculation, the New York Jets traded Teddy Bridgewater to the Saints for a third-round pick, setting up Sam Darnold to be the only rookie quarterback projected to start in Week 1. 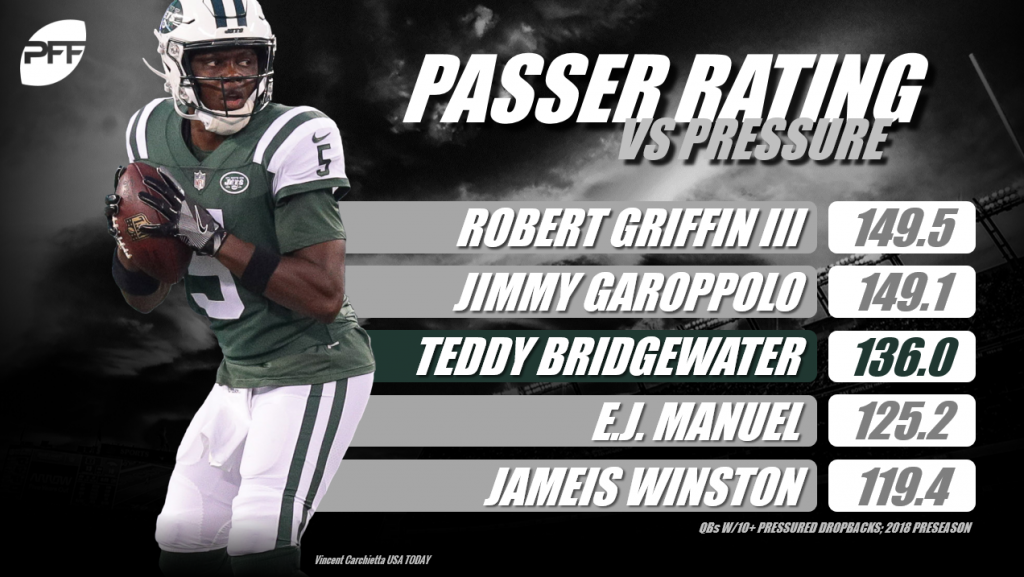 For someone only two years removed from a devastating knee injury, Bridgewater has been unafraid to manipulate the pocket and not let pass rushers affect him, raising his trade value significantly as we previously mentioned. He is 9-of-11 for 103 yards and a touchdown while under pressure this preseason, good for a 136.0 passer rating that’s third-best in the NFL.

That’s right in line with where he was during his last season as a starter for the Minnesota Vikings. In 2015, Bridgewater had an adjusted completion percentage of 72.8 while under pressure that also ranked second among quarterbacks with at least 75 dropbacks under pressure.

He’ll be a clear upgrade in New Orleans over Taysom Hill and Tom Savage, who has been reliable but unspectacular this preseason. Neither backup is ranked among the Top 35 quarterbacks so far, and their average depth of targets are both less than six yards downfield.

For the Jets, Darnold now has a clear path to the starting lineup. He’s the 23rd highest-graded quarterback so far this preseason at 74.8 overall, and he made the PFF Team of the Week for his performance in his first exhibition game.

He’s done his best work when he's extended plays and given himself time to throw. Both of his touchdowns have come on plays where he held on to the ball for 2.6 seconds or longer, giving him the ninth-best passer rating of 120.0 on these throws.

Darnold was also one of the most precise quarterbacks in all of college football during his final season at USC, leading the country with the highest percentage of “perfect” accuracy throws, which we call accuracy-plus. 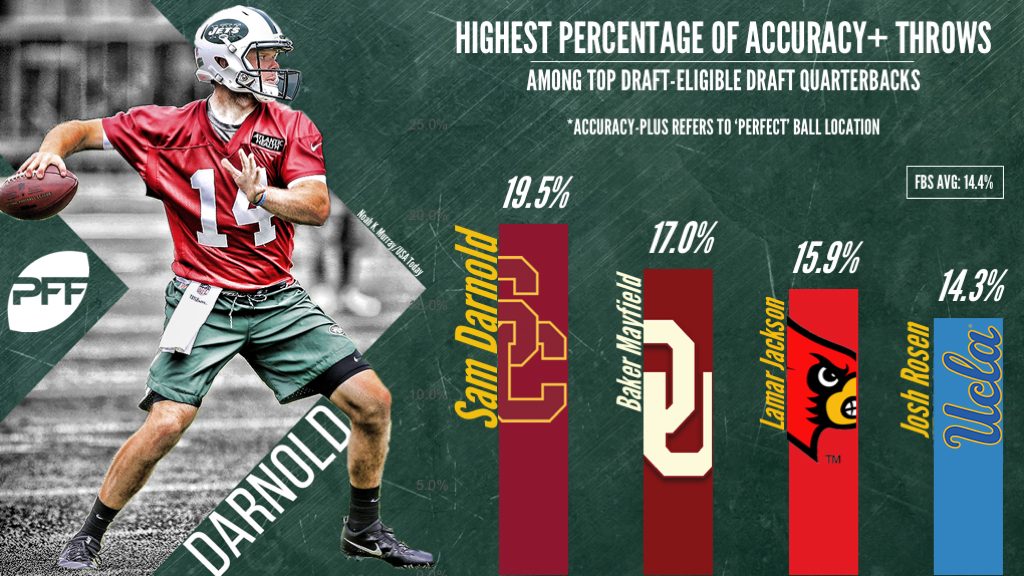 His first real test will come Week 1 against the Detroit Lions, but he’ll have one more practice run against the Super Bowl champion Philadelphia Eagles on Thursday.

Meanwhile, his former teammate Bridgewater has a week to cram Sean Payton’s playbook before he takes over as the top option behind Drew Brees.