This article is long, so I’ll spare you a lengthy intro. Here’s all the fantasy football information you should need to know in order to dominate your Week 2 DFS tournaments and cash games. 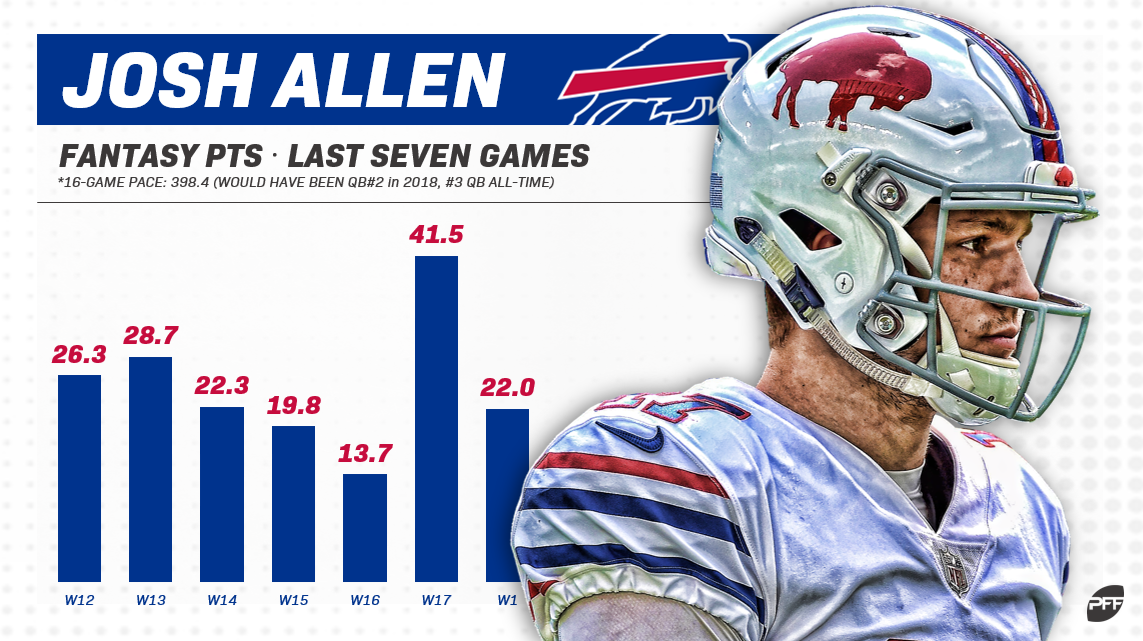 Last season, Allen played in five games against bottom-10 defenses, averaging 0.73 fantasy points per dropback in those games. For perspective, Patrick Mahomes led the league in fantasy points per dropback last year (0.67). Needless to say, I’d bet on the Giants being a bottom-10 defense this year, and Allen posting a big game. As just the 16th-highest-priced quarterback on DraftKings this week, that’s a bet worth making.

The only defense comparable to (actually, even worse than) New York’s was Miami’s. Game-script might not be ideal for Brady, as 19.0-point favorites, but that didn’t stop Lamar Jackson last week, and that hasn’t stopped Brady before. Brady averages 276 passing yards and 2.7 passing touchdowns across his last 10 double-digit wins against Miami. And now he has Antonio Brown and Josh Gordon to throw to. As just the sixth-highest-priced quarterback on FanDuel, and with a projected top-five ownership in our DFS ownership projections, he’s a top tournament option this week. If stacking, I prefer Julian Edelman and/or Gordon.