• Miles Sanders has the most positive leverage for the CPT spot, with Jalen Hurts and the Eagles DST looking like the best values in the FLEX position among the highest-salaried options.

• A breakdown of methodology and the most similar historical matchup to this game: 2020 Week 15, Baltimore Ravens–New York Giants, with Lamar Jackson as Jalen Hurts and Daniel Jones playing the role of Davis Mills.

The spread and over/under are similar in these matchups (Ravens -11, 45 O/U versus this matchup at Eagles -14, 45 O/U). All the players aren’t perfect matches, but that’s why we use 100 similar matchups and not just the single most similar. 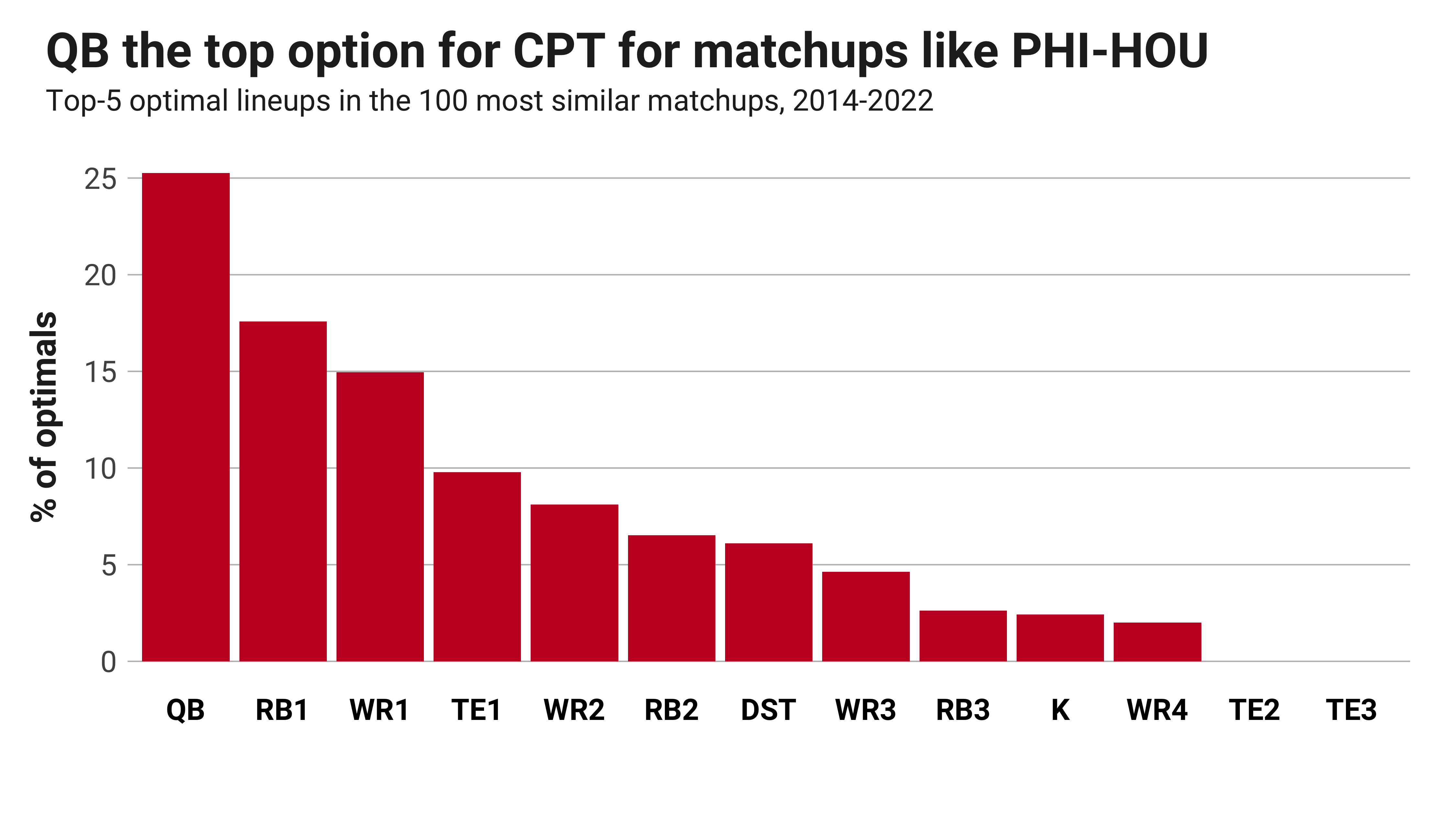 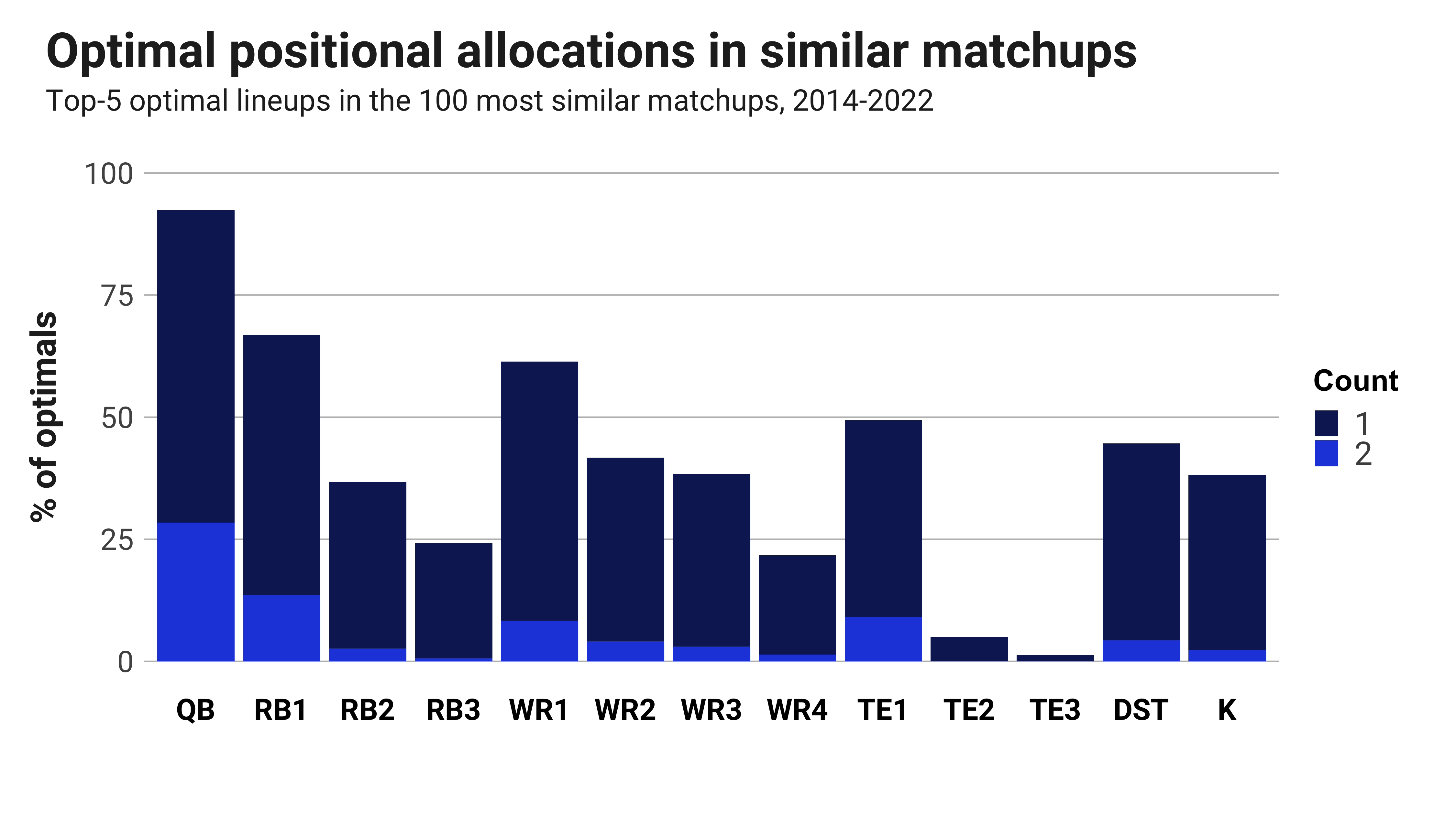 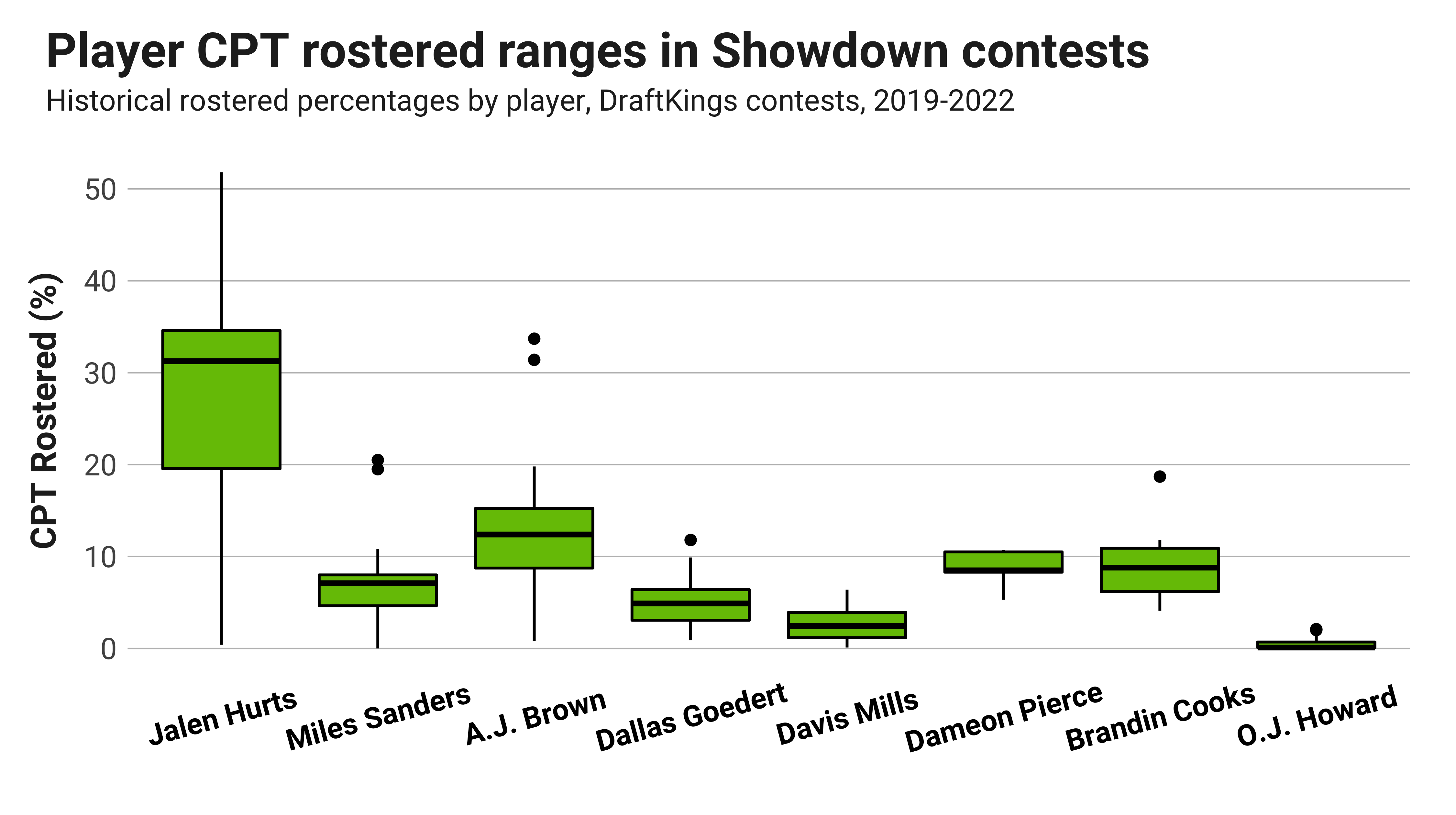 The table below lists each player and the five most commonly found players found on optimal lineups with each CPT option. 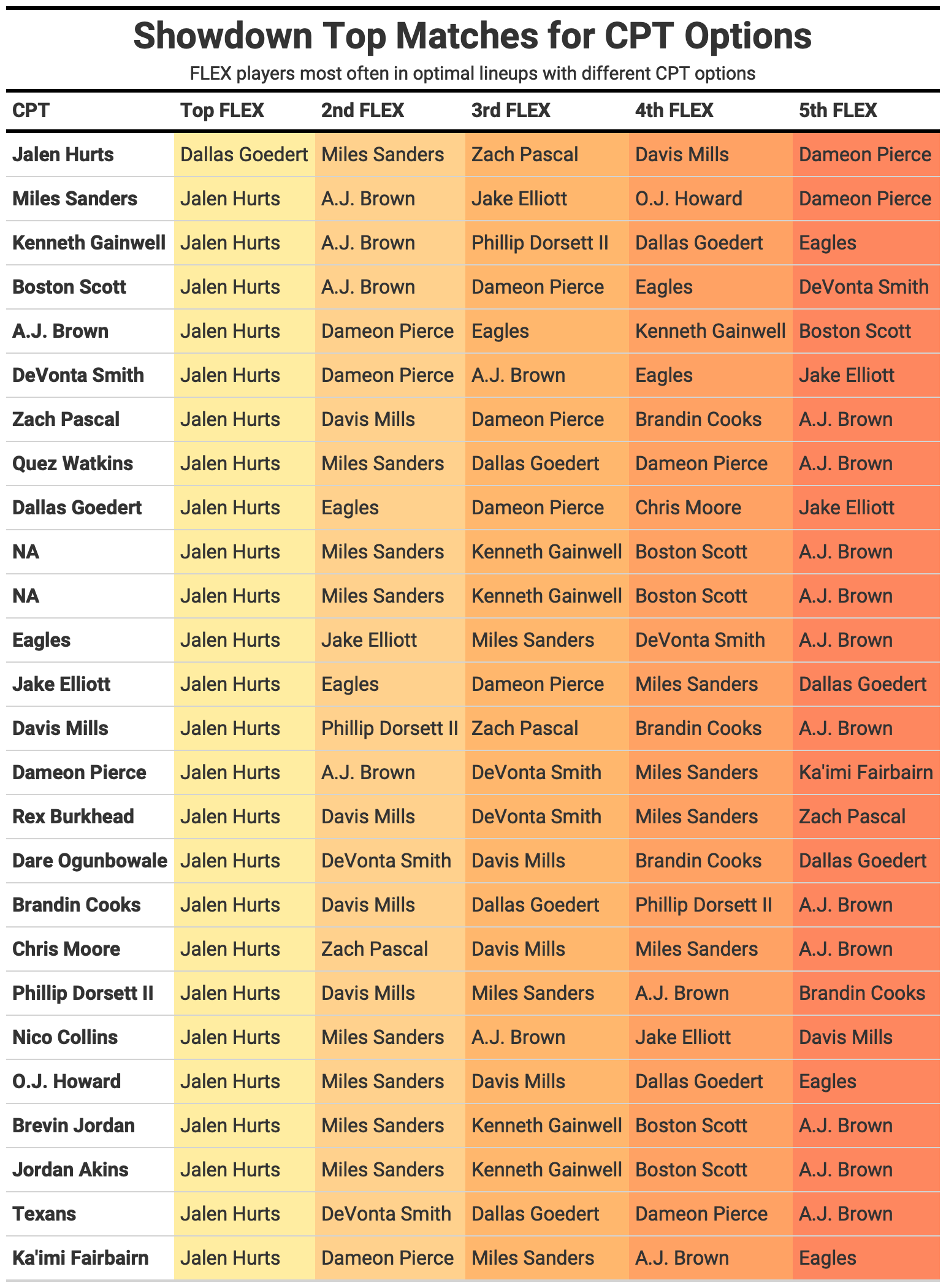