Week 8 felt like the first slate that wasn’t a hit from the blowup model. Two high salary stars carried the wide receiver position, with our model identifying only three players who finished in the top 10 of wide receiver scoring. Both Viking wide receivers had weather-related issues, while Kenny Golladay had his disastrous day cut short due to injury.

Travis Kelce and Eric Ebron were obvious hits at the tight end position, but avoiding the George Kittle injury was key for DFS success.

Week 9 has fewer weather-related issues, which means all plays listed should be good to rely on for fantasy production — outside of injuries. Let’s dive into the best plays based on our model probabilities for who could explode with a quality fantasy performance on DraftKings, FanDuel or Yahoo. 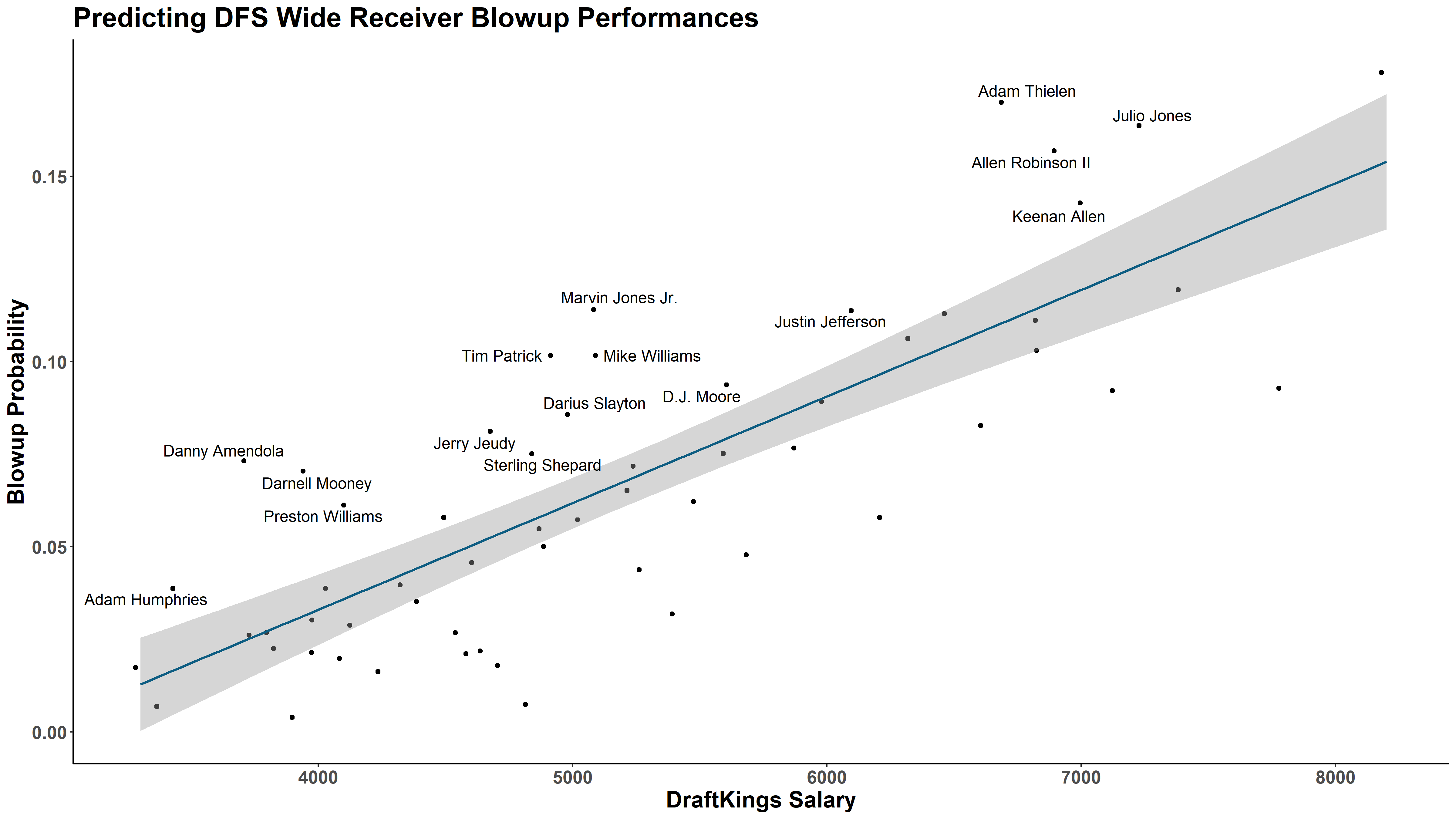 It's clear why Jones will be the top-owned wide receiver on the main DFS slate this weekend. Over the past three games, he has run a route on over 90% of dropbacks and been targeted on 26% of those routes for a 40% air-yard share. If Calvin Ridley is inactive, Jones' opportunity and ownership will skyrocket.

The question becomes, at what point does the ownership actually outweigh the chances of Jones being the top-scoring wide receiver? He has the second-best advantage of any wide receiver, according to PFF's matchup chart, so ownership is the only viable reason for fading Jones this weekend.