Week 4 was tuned in, to put it lightly. Odell Beckham Jr. and Amari Cooper led the wide receiver position in fantasy scoring and were plays identified by the model. D.J. Chark Jr. and Mike Evans were the only top-end plays that were not represented in the model expectation of an outsized performance. The only real miss was Brandin Cooks, who burned DFS lineups with his zero-point performance. Let’s dive into the best plays for Week 5 and provide some context on how to attack these situations in DFS. 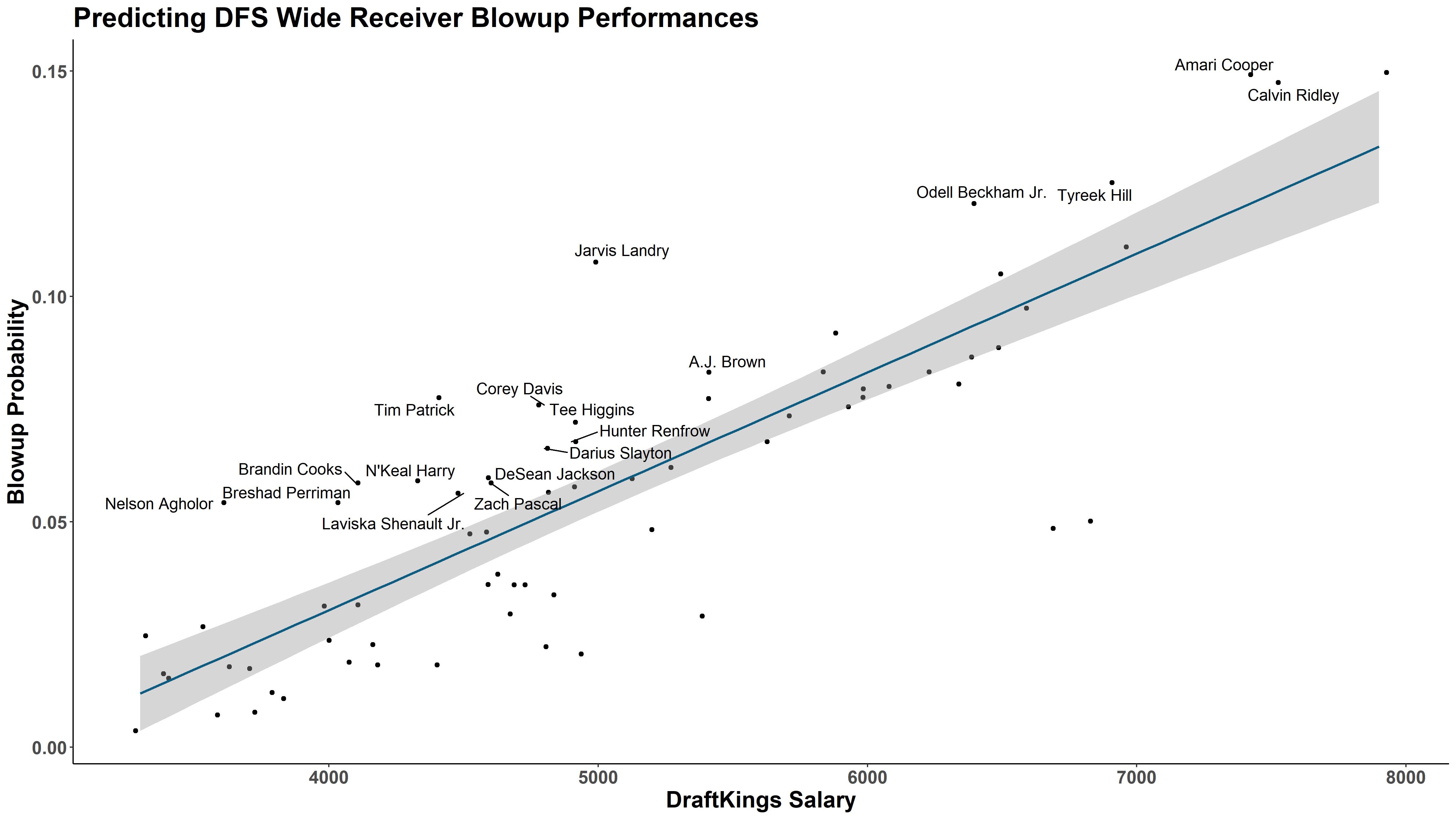 Ridley experienced his first down week of the 2020 season and still saw over 100 targeted air yards. His injury situation is trending toward a game-time decision. Numerous other questionable tags are littered amongst this receiving corps, which could lead to an increase in usage and opportunity for those able to play.

This could also impact ownership — which is needed since Ridley projects as the second-most owned wide receiver in Week 5. The game script and matchup are both positive, so if Ridley is able to play — and other injury news breaks poorly for the Falcons — he should be in line for all the work he can handle in a potential shootout.