College football is back, and thanks to the availability of daily fantasy games, it’s better than ever! In case this is your first week playing, here’s an overview of what college football games look like on DraftKings:

Important notes: In flex spot one, we can play a running back or a wide receiver. In the superflex spot, we can use any player in the pool. If you’re looking for tight ends, they are all listed at wide receiver.

Here are some of my favorite plays for the Saturday noon main slate on DraftKings (10 games) in Week 11:

This is a great week to pay up at quarterback, as a few premier stat-padders have juicy matchups. 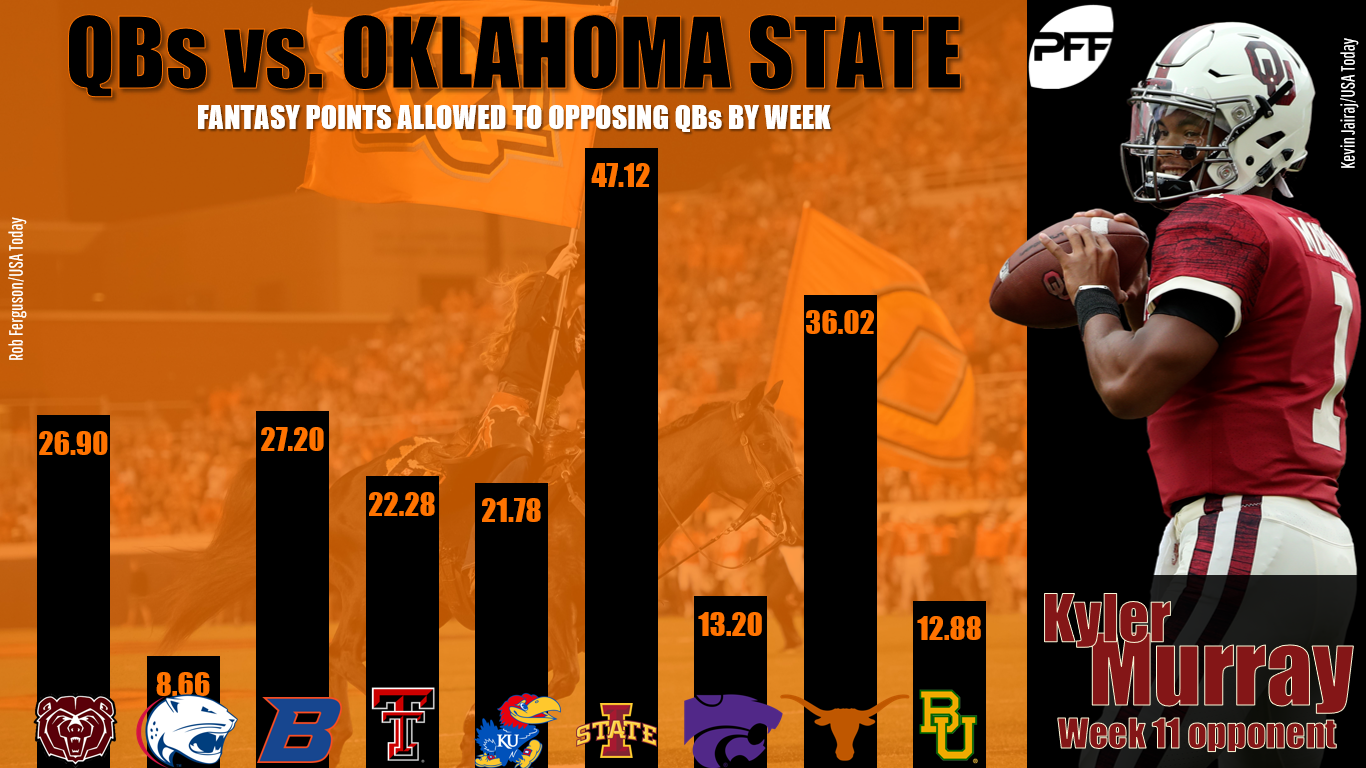 The unstoppable force meets the immovable object. The prospect of Murray versus the Oklahoma State defense is borderline unfair, but here we are. Lesser quarterbacks than Murray have torched the Cowboys this year. Brock Purdy posted a line of 318/4 and added 84 rushing yards and Alan Bowman hit ‘em for 397/2. I’m always hesitant to recommend a play this expensive because it can limit lineup options, but you simply can’t ignore a player who has four performances with 40-plus DK points and only two under 30 DK points for the season when he’s facing the 230th-ranked defense against fantasy quarterbacks.

This is the cheapest salary of the season for Cornelius and it comes in a game where he’s a lock for at least 35 passing attempts. If you can’t stomach paying up for Murray, pivot down to the player who will be forced to try to keep up with him. Cornelius has demonstrated 35-plus DK point upside, having hit that mark three times this season. He’s also rushed for five touchdowns over his past four games.