It’s time for the Week 6 fantasy football waiver wire. Fantasy waivers can often make or break your season. Making the right decision on which players to add and drop is crucial, so we have you set up with a deep list of potential waiver wire adds for Week 6.

Kirk Cousins, MIN (3-5%) — Don't get too carried away with last week's results. Cousins put up solid numbers against a bad defense. That said, he is trending in the right direction and faces another suspect secondary this week.

Gardner Minshew, JAX (3-5%) — It's an unlikely story, but Minshew continues to be productive and currently sits eighth among quarterbacks in fantasy scoring.

Ronald Jones, TB (10-20%) — The pickings are slim at running back this week, but Jones is still worth a look. The Bucs running back isn't starter-worthy in fantasy right now, but he should be tucked away on benches.

Devin Singletary, BUF (10-20%) — Buffalo is on bye this week, so there's still a chance to stash Singletary if you haven't already.

Will Fuller V, HOU (25-50%) — Last week's biggest fantasy performer at wideout is only owned in 65% of leagues. He won't blow up every week, but Fuller needs to be owned across the board. 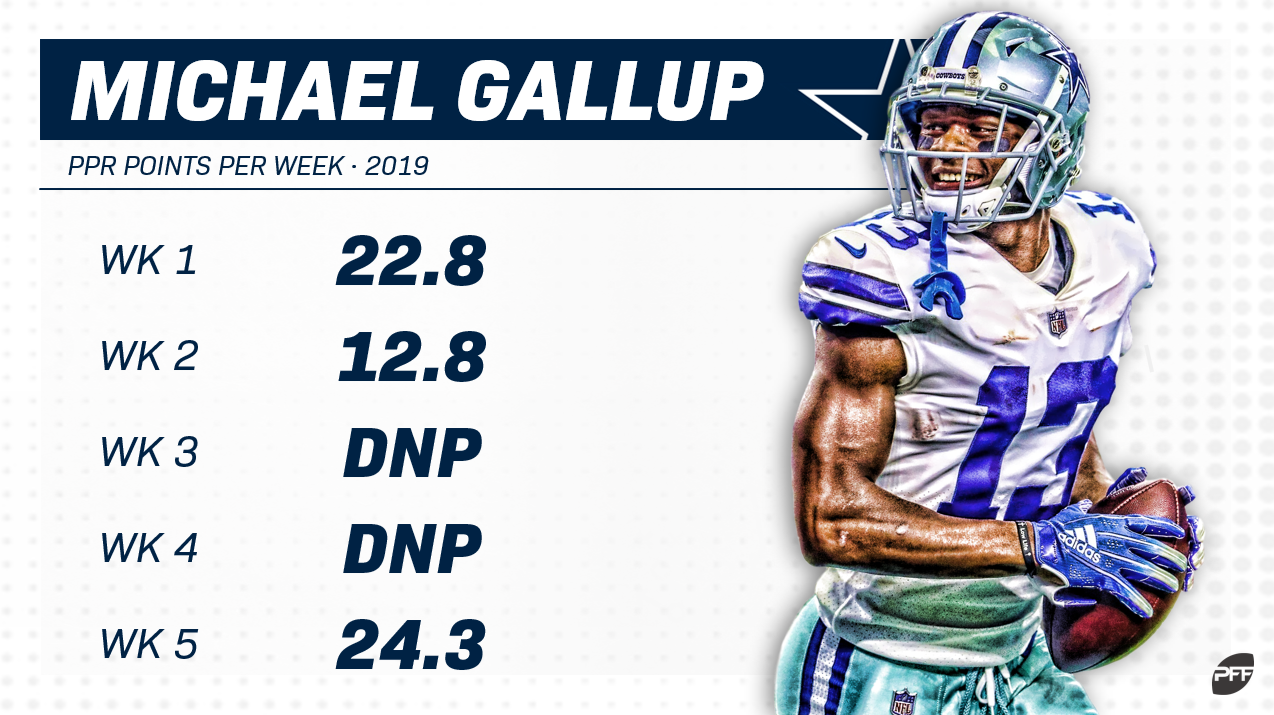 Michael Gallup, DAL (20-40%) — Gallup got back on the field and picked right up where he left off. Better yet, he's still available in 30% of leagues.

Hunter Henry, LAC (10-20%) — There's a chance Henry returns this week. He's a must-add in leagues where he was dropped.

Jared Cook, NO (5-10%) — Cook found the end zone last week and seems to have a good connection with Teddy Bridgewater. Better yet, Drew Brees is nearing a return.

Teddy Bridgewater, NO (1-3%) — Like Kirk Cousins, Bridgewater took advantage of a plus matchup this past week, but he did show that he's capable of putting up the occasional big game.