It’s time for the Week 13 fantasy football waiver wire. Fantasy waivers can often make or break your season. Making the right decision on which players to add and drop is crucial, so we have you set up with a deep list of potential waiver wire adds for Week 13.

Ryan Tannehill, TEN (10-20%) — Since Week 6, Tannehill is the No. 8 fantasy quarterback. He also draws favorable matchups over the next two weeks against Oakland and Houston.

Ryan Fitzpatrick, MIA (7-15%) — Fitzpatrick took advantage of a favorable matchup against Philadelphia last week, and he gets a beautiful stretch of games for the fantasy playoffs.

If Rashaad Penny is available, he’s worth spending 50-100% of your FAAB budget on. 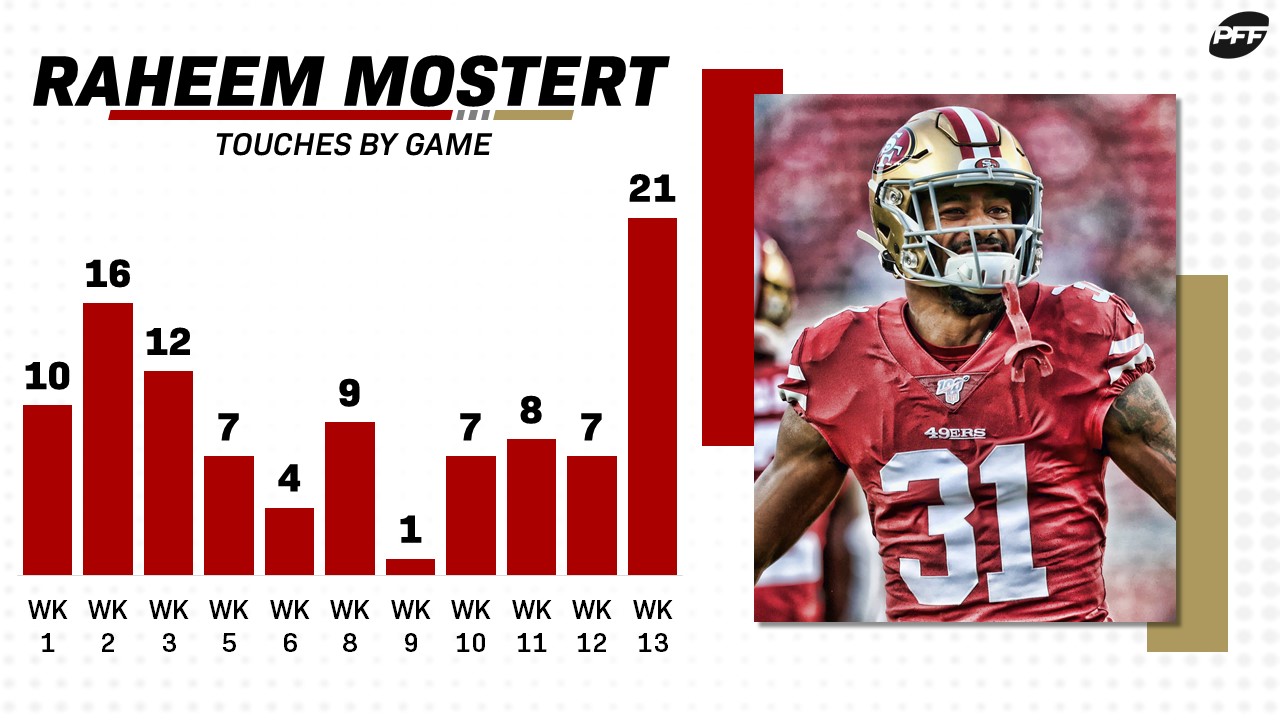 Raheem Mostert, SF (25-50%) — Mostert exploded in Week 13, blowing right by Tevin Coleman in the process. There are far from any guarantees in the 49ers backfield, but Mostert's high ceiling makes him one of the top adds of the week.

Derrius Guice, WAS (25-50%) — Yes, Guice was phenomenal last week, but be careful. Adrian Peterson still led the Redskins backfield in touches, and the committee doesn't look like it's going anywhere.

Darwin Thompson, KC (25-50%) — With Darrel Williams and Damien Williams banged up, Thompson flashed upside in the Chiefs' Week 13 win. He has some juice for the December stretch run.

James Washington, PIT (20-40%) — It took nearly three months, but the breakout for Washington is officially underway.

David Njoku, CLV (7-15%) — Njoku should get back on the field this week and offers top-15 potential for the fantasy playoffs.

Mitchell Trubisky, CHI (5-10%) — He was ugly earlier in the season, but Trubisky has turned it on over the last two weeks, scoring the fifth-most fantasy points over that span.