Welcome to the Week 10 edition of the 2019 fantasy football trade value chart. With just three weeks left of many fantasy football regular seasons, it’s crunch time. Week 9 was a bit wild, with Kenyan Drake performing superbly in his Cardinals debut (which may now turn into a committee headache in Arizona with David Johnson back), Adam Thielen producing a goose egg for those who started him, Mike Evans blowing up again to the tune of 12 receptions for 180 yards and one touchdown – his second consecutive game with double-digit catches, more than 180 yards, and a touchdown. He’s on a tear.

But what else occurred in Week 9? Christian McCaffrey continued his fantasy MVP season, producing 166 total yards on 27 touches with three more touches. Emmanuel Sanders delivered the WR1-type performance which the 49ers sought when trading for him a couple of weeks ago. Melvin Gordon finally got right, turning 23 touches into 109 yards and a pair of touchdowns. And … the Jets lost to the Dolphins despite Le’Veon Bell’s 121 yards on 25 touches.

Additionally, there were a pair of QBs who played out of their minds in Week 9, perhaps single-handedly carrying the fantasy owners that started them. 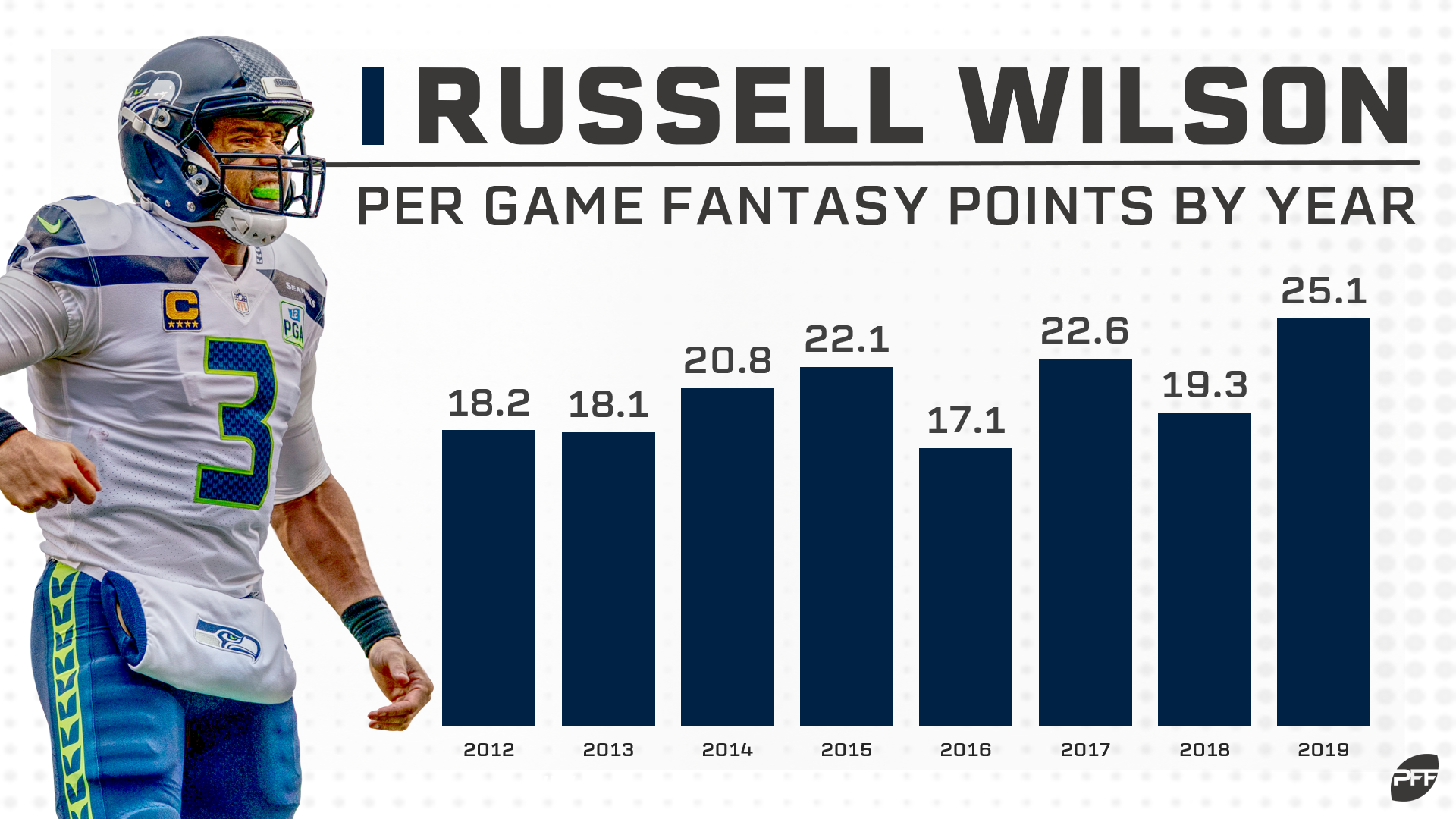 Russell Wilson is amazing. His real-life MVP season persisted, passing for 378 yards and five touchdowns, while adding 21 rushing yards on a single carry. He’s now averaging 278.3 passing yards per game (and let’s not forget his 22.6 rushing yards per game, too), with 25 total touchdowns (22 passing) and just two turnovers (one interception and one lost fumble). He’s so good and came with an incredibly cheap price during preseason drafts.

Jimmy Garoppolo has a magnificent game in a relatively high-scoring Thursday night game against the Cardinals. Jimmy G threw for 317 yards and four touchdowns … to four different receivers. He played extremely well, with a PFF offense grade of 85.9 and a passing grade of 85.3. Although he generally won’t be asked to throw as much as he did in this game, considering the 49ers dominant defense and running-game-focused offense, Jimmy G may be a volatile option going forward in single QB leagues.

Check out the full chart below. Remember, these values simply provide you with a foundation for prospective trades as of Week 9 and looking forward throughout the rest of the season. Tailoring these values to your league’s distinct settings or your opponents’ tendencies can drastically impact your transactions.