As we head into Week 17 of the NFL season, some fantasy football leagues are still going. That means it’s time again to take a look at defense/special teams units worth streaming. We’re coming to you a day early this week because of the holiday.

Speaking of which, happy holidays and congratulations to all the owners who hav already won championships as Week 16 winds down. For those owners still chasing the title heading into Week 17, we’ve got you covered.

There is a definite pattern to the Week 17 DST units to stream — we are going after teams that still have something on the line to play for. 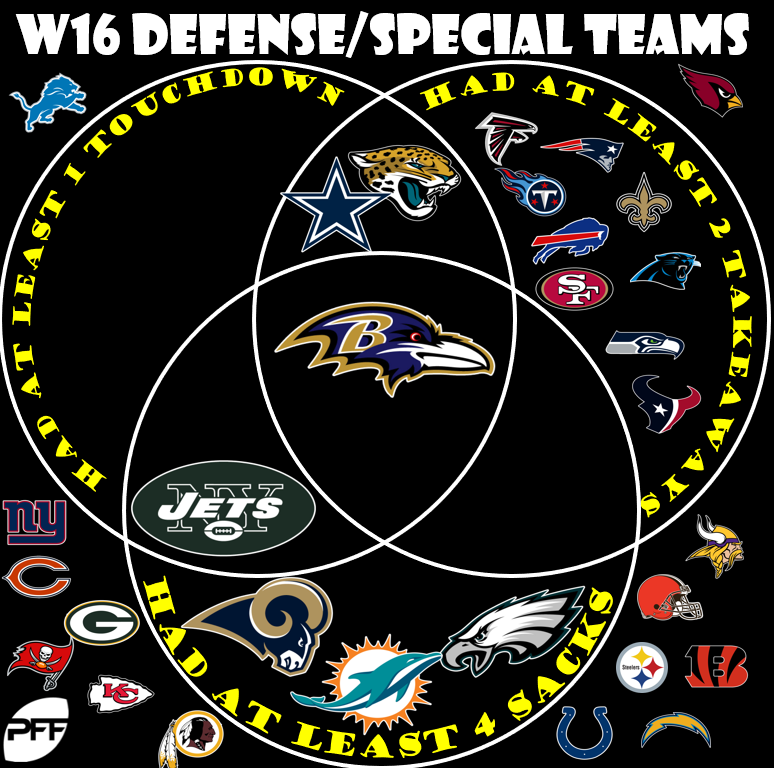 This is a division matchup that suddenly has much more meaning for the Ravens as they battle for not just a spot in the playoffs but also the AFC North title. With the Steelers’ loss Sunday, Baltimore can secure the division with a win against the Browns. The Ravens DST unit is coming off a strong performance in their Week 16 win over the Chargers that saw them produce four sacks, three turnovers, and a defensive touchdown. The Ravens DST has now scored a touchdown in three of the past five games and also has a punt return for a score in that time. In the Week 5 meeting between the teams Baltimore put up five sacks and an interception, which were top-12 fantasy numbers in most formats.

The Titans still have a shot at the playoffs after taking care of business in their Week 16 victory over Washington. The defense stepped up in all facets of the game, racking up two sacks and a pair of interceptions, with the second being returned for a touchdown on the final play of the game. Over their past three games, the Titans have put up nine sacks while forcing five turnovers, and they held the Giants scoreless in Week 15. Tennessee will need have a much stronger showing than they did in Week 11 against the Colts when the DST put up a goose egg. With a possible playoff spot on the line, look for this unit to continue to roll.

The Colts and Titans are in a “win and in” matchup, and both DST units are worth streaming in Week 17. The Colts also have a chance to win the AFC South if the they defeat Tennessee and the Texans lose against Jacksonville. The Colts defense was a bit quiet in Week 16 with only an interception to their credit in the win over the Giants. This week should be a different story as they face a Titans team with questions at the quarterback position. Marcus Mariota was forced out of Week 16 with a stinger and may be less than 100% for this crucial matchup. If Mariota isn’t able to play, Blaine Gabbert would be under center for Tennessee. In the Week 11 game between the teams Indianapolis had five sacks and two interceptions facing the duo of Mariota and Gabbert.

It’s nice to see that the Patriots have something to play for in Week 17 with a decent matchup. The Patriots can lock up a first-round bye with a win and could also take over the No. 1 seed in the AFC should the Chiefs and Chargers both lose. The Patriots DST has been relying on splash plays of late, with two interceptions in three of the last four games. Sam Darnold had a strong Week 16 performance throwing for three touchdowns and no interceptions in the Jets loss to the Packers. However, he has never faced the Patriots — he was injured when the teams met in Week 12. A motivated Patriots DST against a rookie quarterback is a fine streaming option this week. 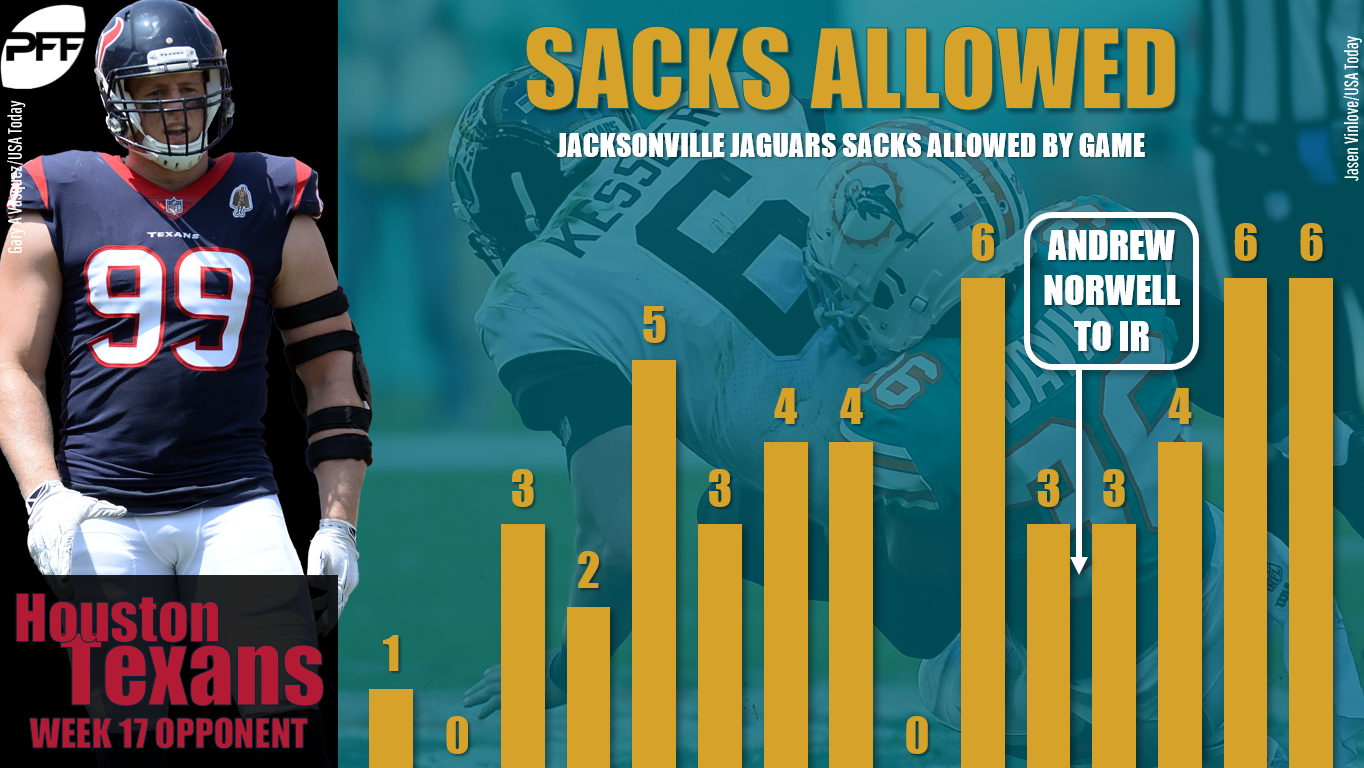 The Week 16 loss to the Eagles has put the Texans in a must-win position heading into the final week of the 2018 season. If Houston loses to the Jaguars and the Colts beat Tennessee, Indianapolis would win the AFC South. Fortunately, after being torched by the Eagles offense in Week 16, the Texans have a favorable matchup with the struggling Jacksonville offense coming to town. In the last four games, Jacksonville has allowed 16 sacks and will have their hands full with J.J. Watt and Jadeveon Clowney, who have combined for 23.5 sacks in 2018. In the Texans’ Week 7 win over Jacksonville, Clowney accounted for seven solo tackles, two sacks, and a fumble recovery.

Jake Elliott’s game-winning field goal as time expired last week kept the playoff hopes alive for the defending Super Bowl champions. In the high-scoring affair against the Texans the Eagles defense did manage to put up four sacks and create a turnover. The going should be much easier against an injury-riddled Washington offense in Week 17. The Redskins have been a positive matchup for opposing DST units, especially over the last three weeks. In that time Washington, has given up 10 sacks, five turnovers, and two defensive touchdowns. Washington has also been vulnerable to special teams and allowed a punt return for a score in Week 15 against Jacksonville.

The Vikings will be in the playoffs with a win and will be a tough matchup for a Bears offense that struggled against the 49ers in Week 16. The Bears managed a road win, but they did allow three sacks and two turnovers. The Vikings took care of business at Detroit with a 27-9 victory in which they managed to keep the Lions out of the end zone and recorded three sacks. Minnesota has 12 sacks in the past two games and will be in quarterback Mitchell Trubisky’s face all game long in Week 17. Look for a big game from Everson Griffen as the Bears look to contain batterymate Danielle Hunter.

This is the short-and-sweet streaming option heading into Week 17. The loss to Seattle Sunday night has the Chiefs in a must win position to secure the AFC West crown and homefield advantage throughout the playoffs. The Raiders offense has been among the most generous in allowing fantasy production to opposing DST units. This will be a huge week for the Kansas City defense.