The best DSTs to stream in fantasy in Week 4

Earlier this offseason, I recommended this approach, and outlined my preferred strategy for streaming defenses week-to-week. Obviously, we’re looking to target good defenses against bad or inexperienced quarterbacks. Bonus points are awarded to defenses heavily-favored and/or playing at home. Beyond that, the stats that matter most are opposing passer rating vs. passer rating and sacks per dropback vs. sacks per dropback allowed.

Here are the defenses you should be looking to add in Week 4.

Opposing defenses are averaging 25.0 fantasy points per game against Miami. For perspective, that would rank second-best among wide receivers and fourth-best among running backs in PPR leagues. This one’s a no-brainer, but Los Angeles probably won’t be available in your league. It’s a tough week for streamers, but we’ll focus on some more realistic options below. 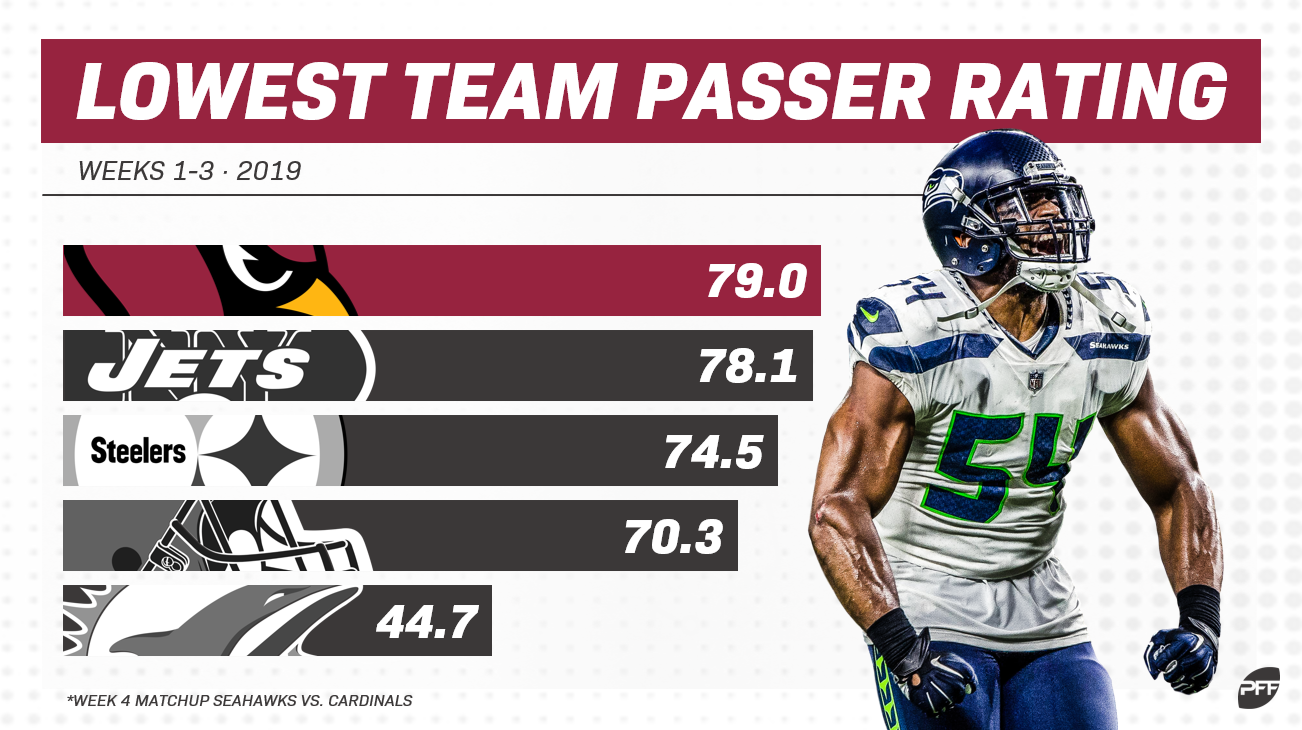 Arizona ranks bottom-six in yards per pass attempt (6.05), passer rating (79.0), and sacks per game (4.0), while Seattle ranks top-12 in pressure rate over expectation. As 5.0-point favorites, Seattle is a safe bet to finish top-10 at the position.

Kyle Allen was phenomenal in Week 3, but in an ideal matchup, and he’s still an inexperienced rookie making his third career start. Houston is favored by 5.0 points, while ranking fourth in sacks (10.0) and sixth in pressure rate over expectation. Meanwhile, Carolina ranks bottom-15 by the same stat. Like Seattle, they’re a safe bet to give you starter-worthy production this week.

Within the same game, Carolina’s defense is also in play. This is a tough week for streamers, where few defenses stand out at the top, and high-end upside is hard to find, but Carolina represents another safe defense to add. The Panthers rank fifth-best in passer rating allowed (78.7) and 12th-best in pressure rate over expectation. Houston ranks second-worst in pressure rate over expectation and worst in sacks allowed per game (5.0).

Looking ahead: Sam Darnold is expected to be back in Week 5, but if not, the Eagles might be the No. 1 defense on the week. Tampa Bay's defense is much-improved (fourth-best in pressure rate over expectation) and plays Teddy Bridgewater and the Saints in Week 5.