• Minnesota Vikings TE Irv Smith Jr. leads the list of fantasy football sleepers. He’s played well when given the opportunity to be the Vikings' No. 1 tight end and should benefit from the new coaching staff.

• These tight ends are great options for someone who wants to avoid tight end completely for the first 11 rounds or have a quality backup option.

• See where these quarterbacks rank with our new PFF+ Fantasy Draft Guide.

Only six tight ends in the NFL have consistently been elite fantasy football options since becoming starters. In 2022, the players going 7-10 at the position come with some risk: each scored plenty of touchdowns last year but will likely see regression this season.

Fantasy drafters who miss out on the first six tight ends in 2022 will be best suited to wait. For those who wait until after the first 10 or so tight ends are off the board, here are three sleeper tight ends who can add some much-needed upside to your roster.

Smith was the 50th overall pick in the 2019 NFL Draft and spent the majority of his first two seasons as the Vikings' second tight end behind Kyle Rudolph, primarily playing in two- or three-tight-end sets.

Smith had a breakout game in Week 9 of 2020, scoring two touchdowns on just 22 snaps but left the game early with an injury. He missed three of the next four games. When he returned, Rudolph was out. Smith was the fourth-highest-scoring tight end over that four-week stretch.

He was poised to be the starter in 2021 with Rudolph in New York, but a meniscus injury in the last week of the preseason cost Smith the entire 2021 season. He was a full participant in the team’s minicamp, so he’s already good to go for the 2022 season. 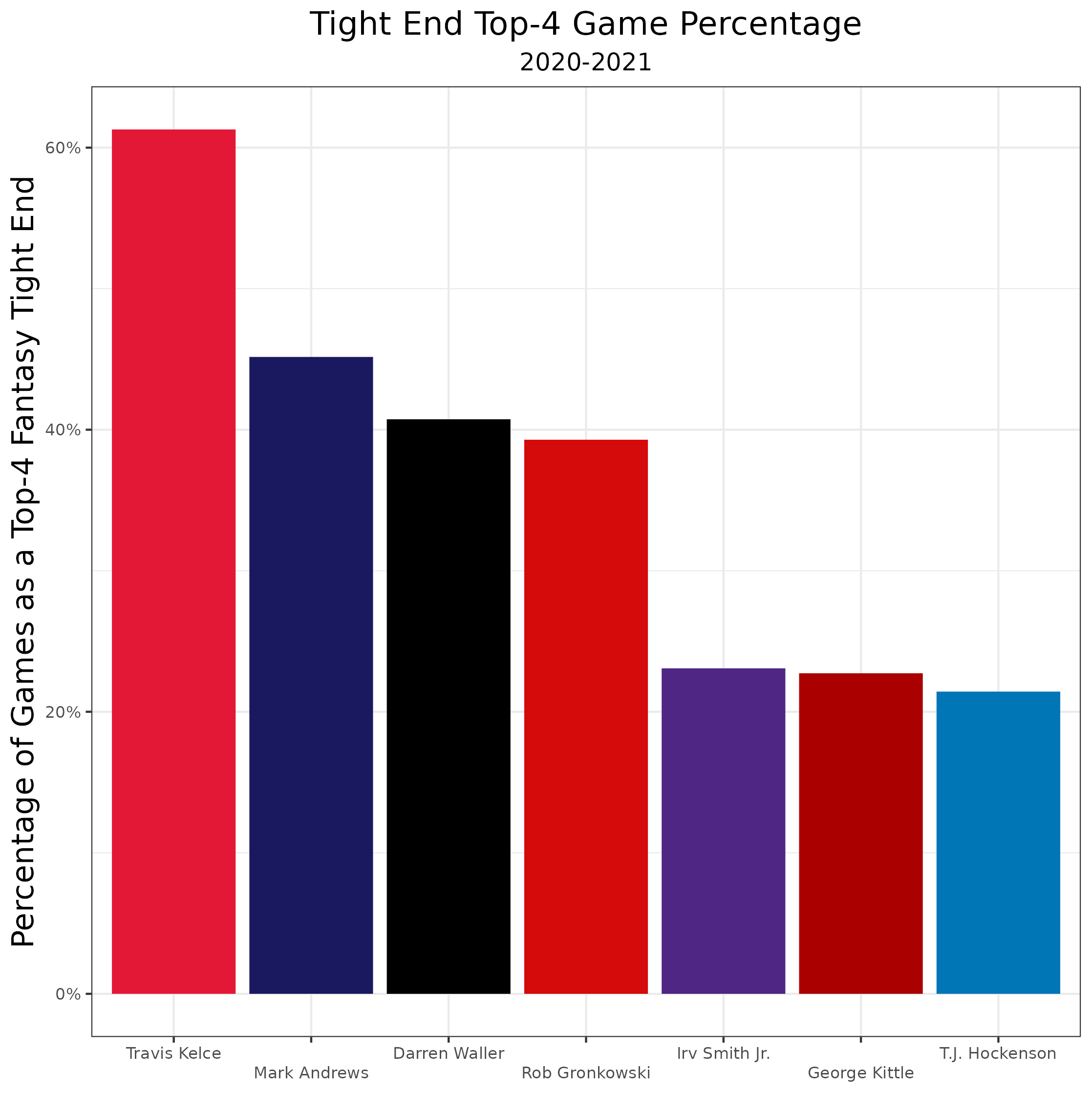 The Vikings added head coach Kevin O’Connell this offseason from the Los Angeles Rams. The Rams targeted their tight ends more often than the Vikings over the last two seasons. O’Connell spent time as quarterbacks coach and offensive coordinator in Washington (2017-2019) and Cleveland (2015), and both teams were top-10 in targeting tight ends during his tenure.

Smith also lacks competition for targets. His backups have a combined 11 career receptions over eight seasons. The Vikings have strong starters at wide receiver but lack depth. Smith should have no problem finding targets and would see a nice increase in the case of an injury to a starting wide receiver.

The 23-year-old can be a TE1 this season from volume alone. If he can more fully live up to his draft status and see the improvement you expect from someone his age, he could be the steal of the draft.

Njoku was a Browns first-round pick in 2017. He went from backup his first season to starter in 2018, when he finished the season as TE9. He missed most of the 2019 season after landing on his head on a play.

Cleveland added a new coaching staff with Kevin Stefanski in 2020, and Austin Hooper was one of their big free agent additions. This left Njoku fighting for playing time the last two seasons. He finished TE22 last season despite only topping 75% of Cleveland's offensive snaps in one game while missing another. The Browns choose Njoku over Hooper this offseason, signing Njoku to a four-year, $54.75 million dollar contract while Hooper left for Tennessee.